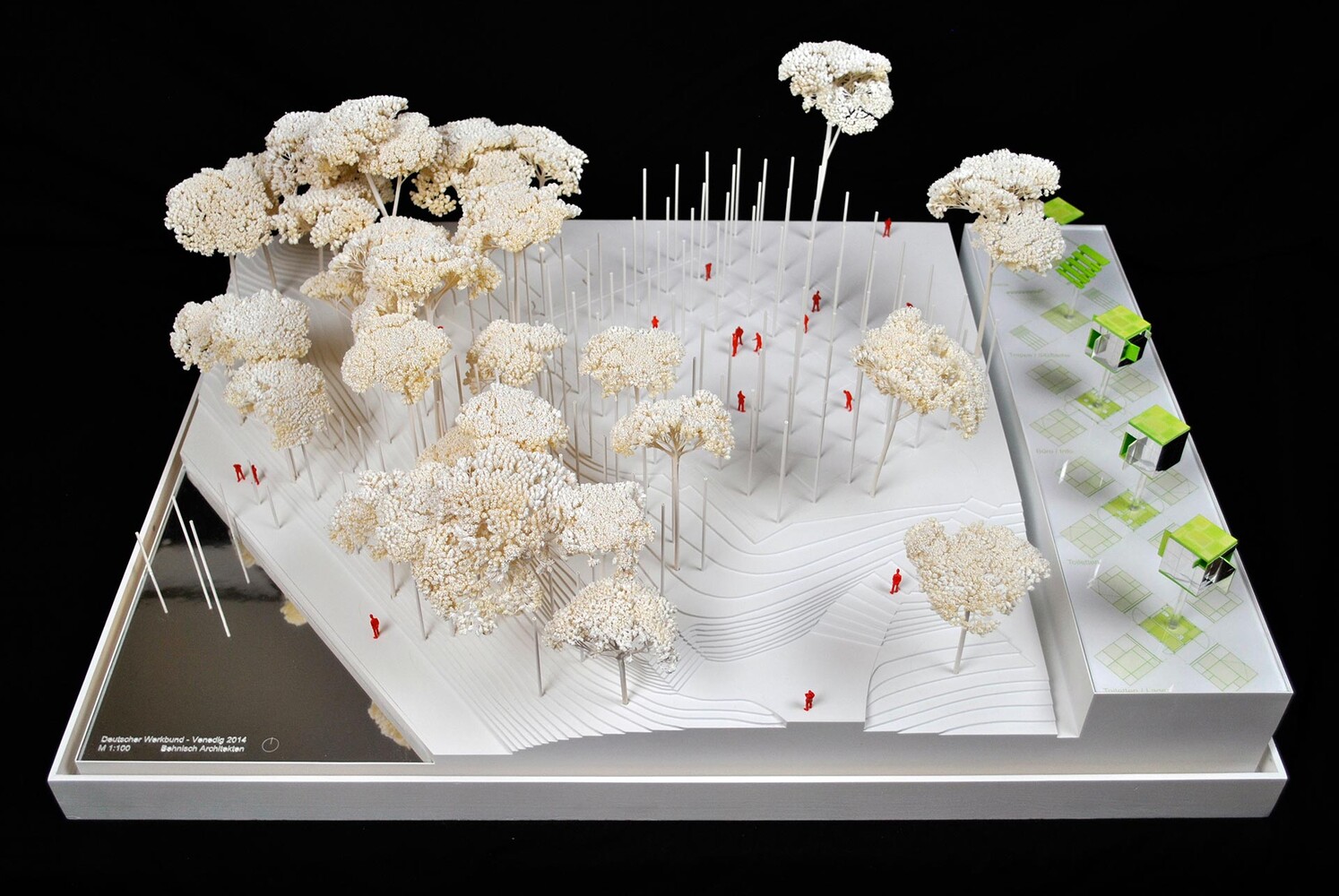 22 architectural design proposals address the architecture of the German Pavilion in the Giardini in Venice. Architects enjoying a high profile in the public perception as well as among experts had been asked to illustrate their position on modernity as they understand it today.

The Deutsche Werkbund Berlin decided to organize the exhibition because of the themes chosen by Rem Koolhaas for the 14th Architecture Biennale, Fundamentals and Absorbing Modernity. Essentially these themes are about a fundamental reflection on modernity which first began with the Werkbund Exhibition in Cologne in 1914 and has been cited time and time again as its birth hour. Bruno Taut’s Glass Pavilion there became an icon. But also the Barcelona Pavilion by Mies van der Rohe and the German Pavilion at the Great Exhibition in Brussels are regarded as trailblazers of modernity.

Special emphasis was placed on the development of ideas for how to deal with the controversial German Pavilion. Ever since World War II it has been regarded as a relic of fascism on account of its monumental architecture and has been the subject of many debates.

The answers given in the designs, sketches and models submitted range from a strict “hands-off” approach to complete demolition and rebuilding. Behnisch Architects have contributed a design which, rather than focussing on the national aspect, responded to the task in hand by developing new individual, programmatic visions in an appropriate fashion, celebrating the individual nature of ideas.