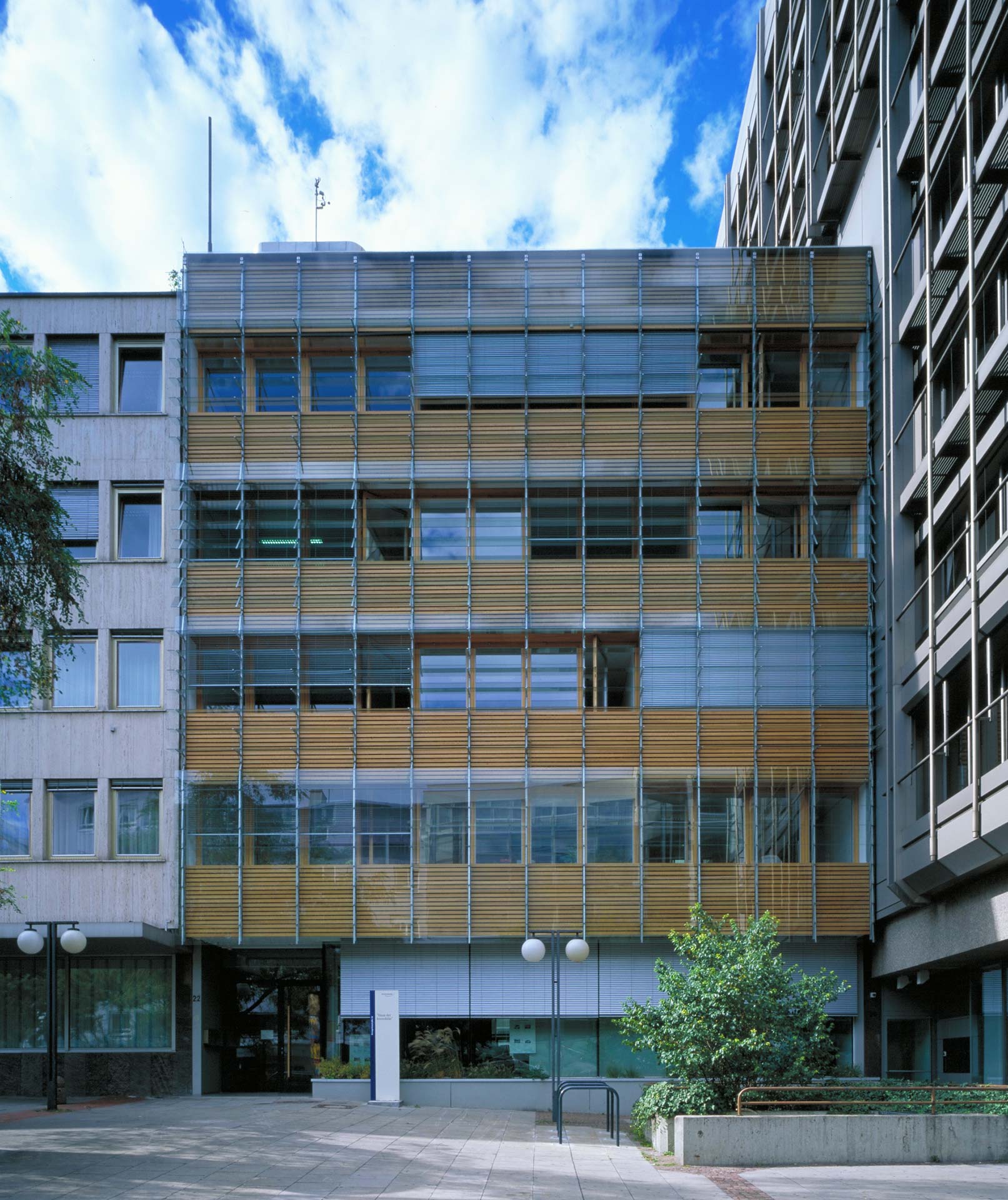 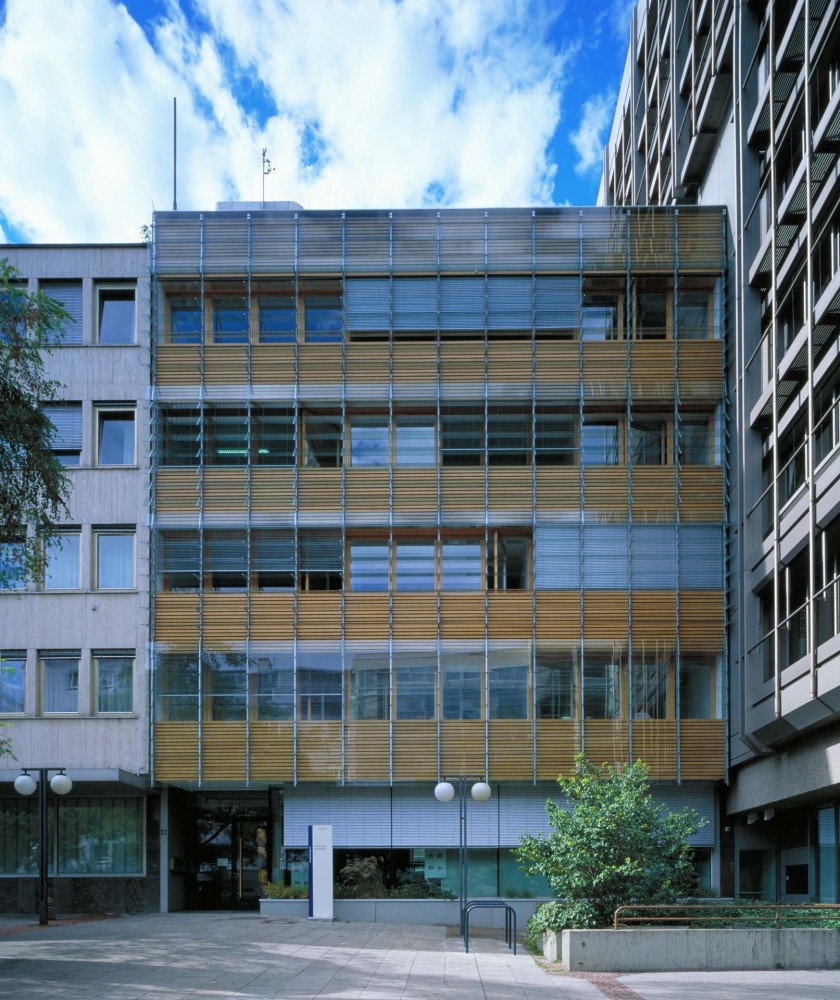 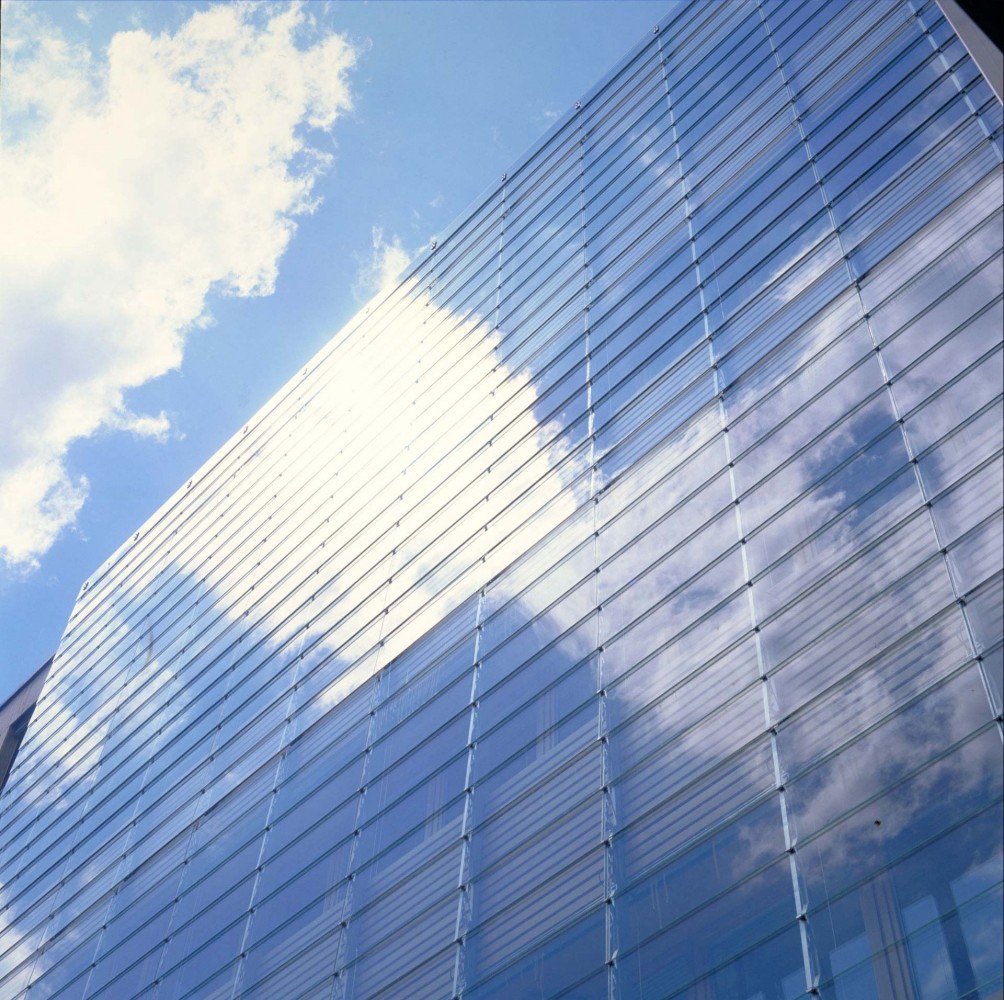 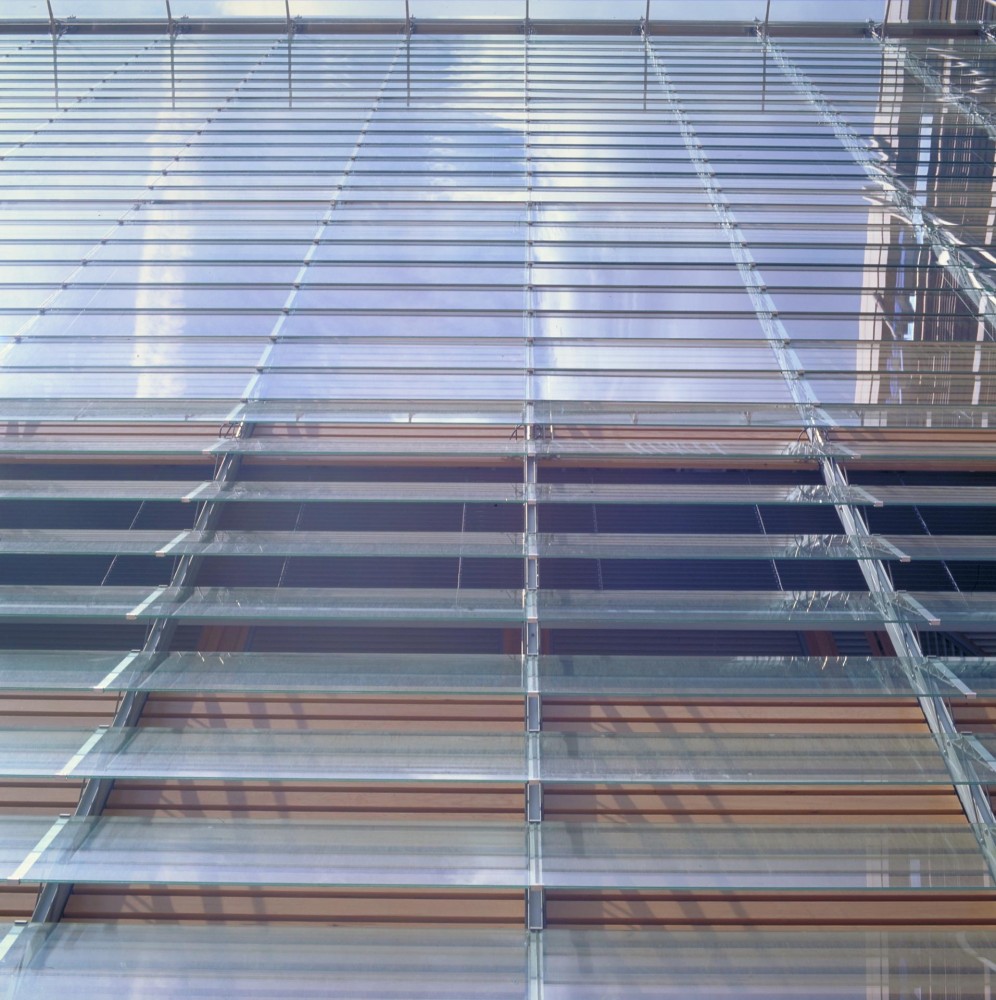 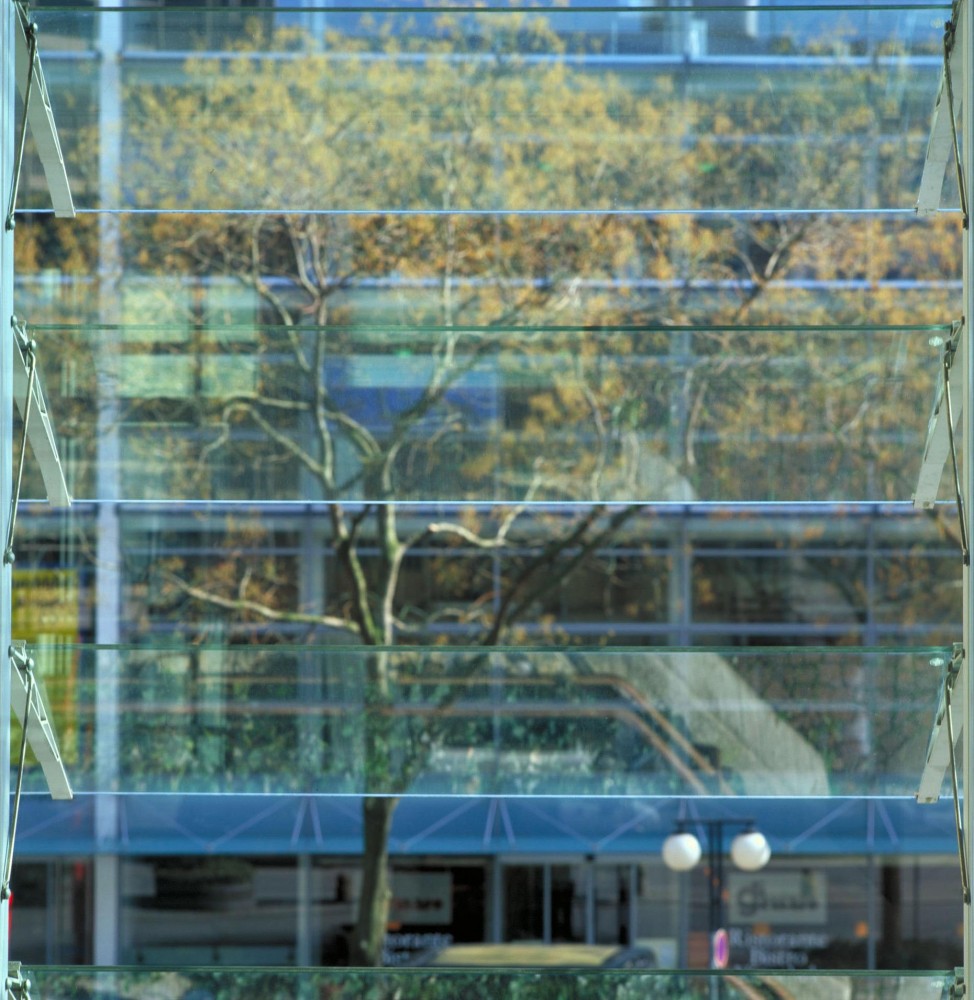 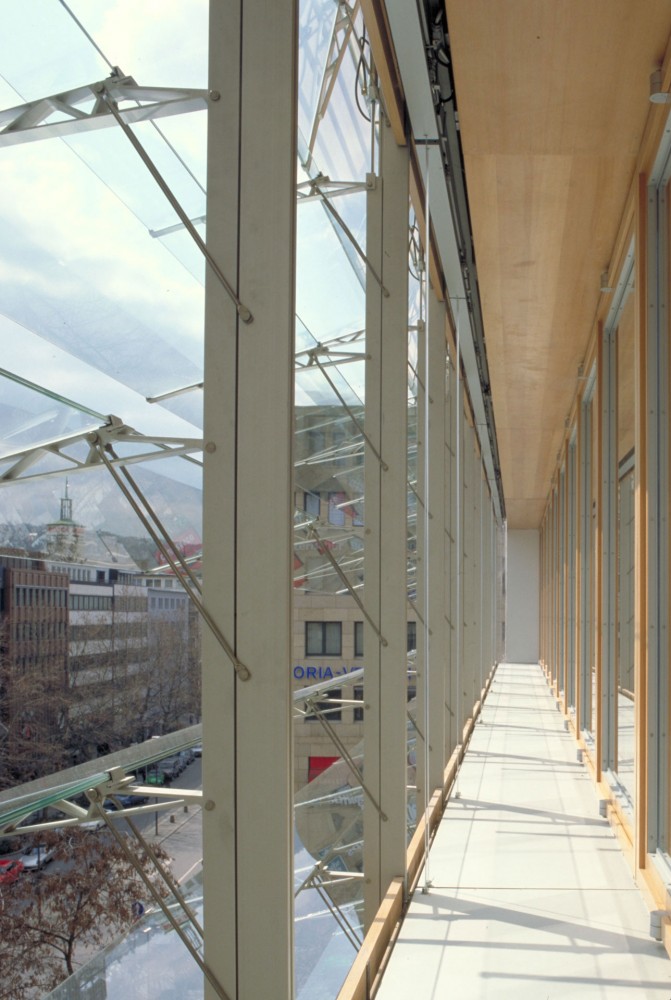 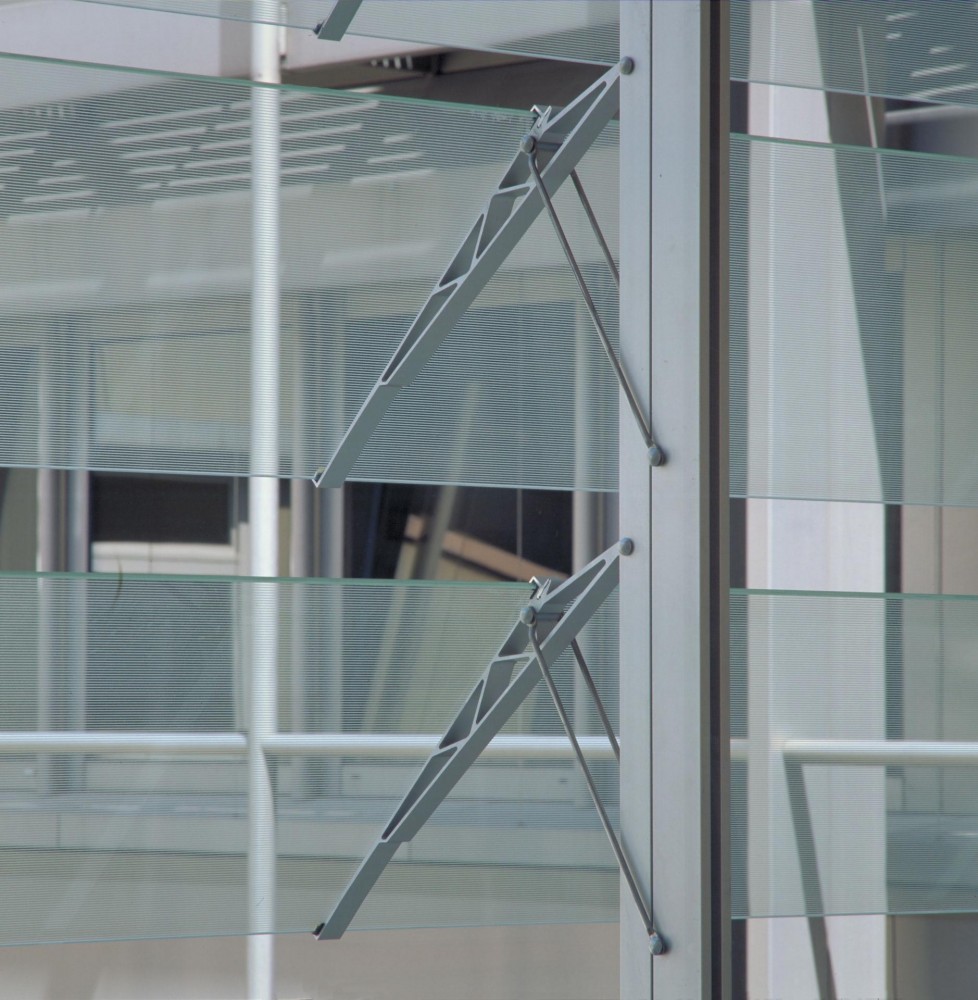 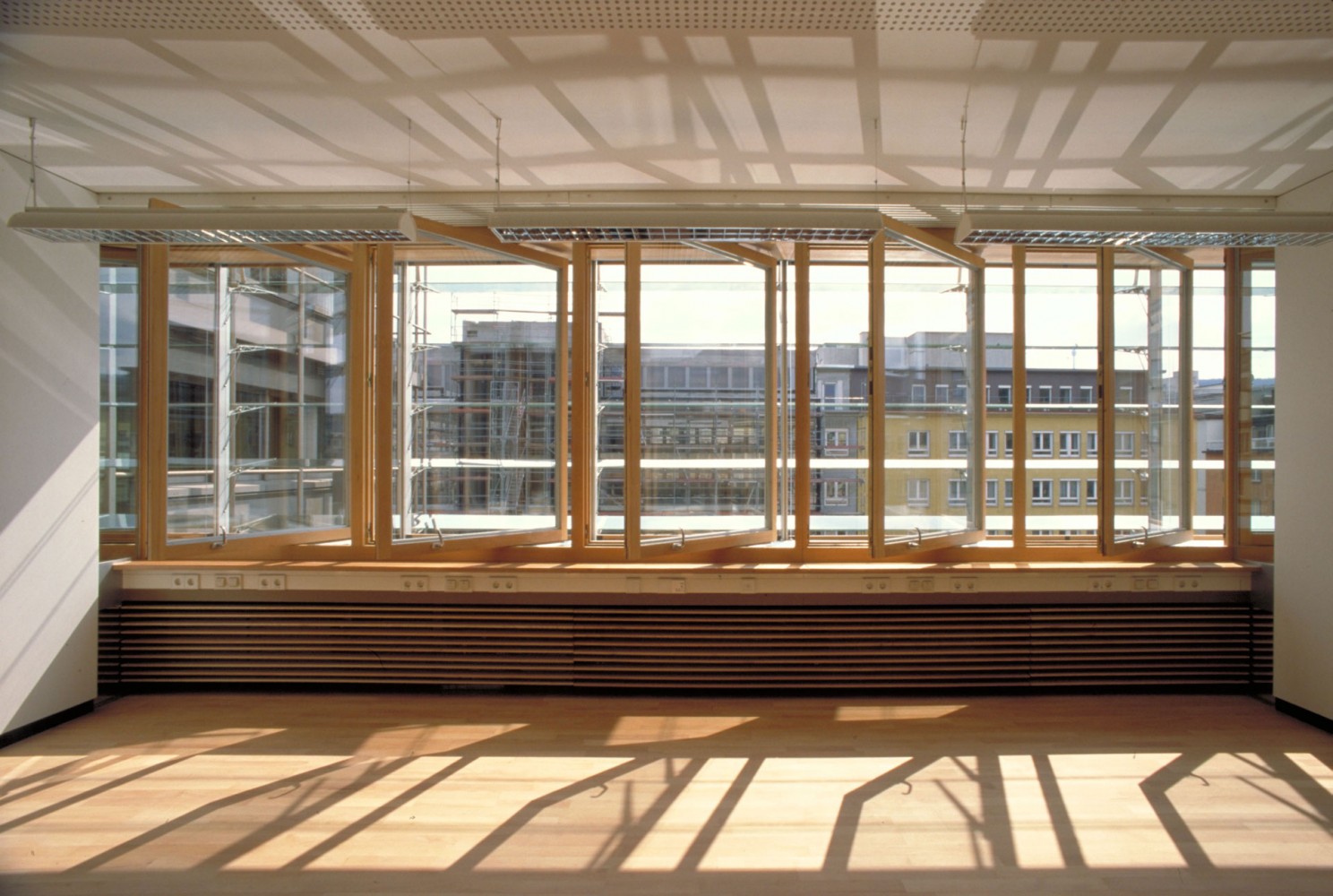 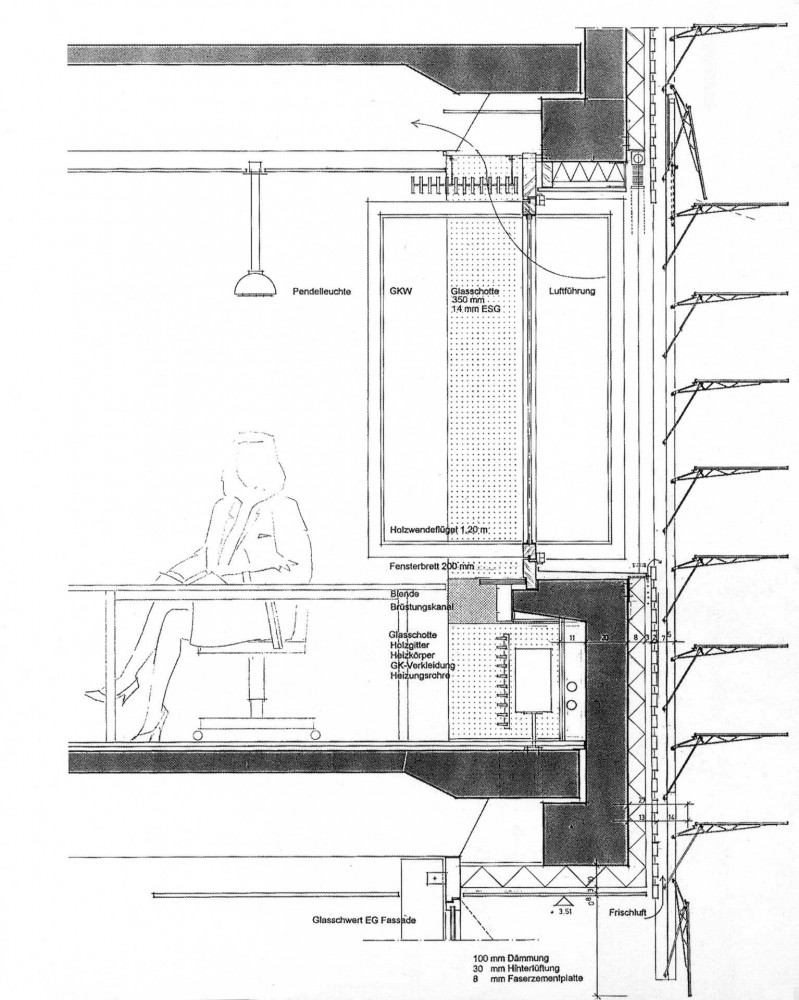 This small building in the centre of Stuttgart is a fine example of refurbishment and modernisation. Originally built by Behnisch & Partner in 1969 for the now defunct ‘cattle dealers savings bank’ the building was subsequently purchased by its current user, the Bayerische Vereinsbank. By the mid 1990’s the building clearly needed adapting to meet contemporary and future requirements for high quality administration buildings. This required that formal as well as technical and functional aspects would have to be taken into account.

The design brief called for a friendly and open building, providing for optimum working conditions. This was to be achieved with operable windows, a minimum of technical installations, using simple materials and natural ventilation. As a result only the structural shell was kept; the complete interior and the entire technical plant, as well as the facades, were dismantled.

In 1969, the facade was conceived as a double facade to guarantee adequate acoustic insulation. At that time the own authorities planned to develop the street fronting the building into a major traffic route. The facade was built, but the traffic plan never realized – a rather odd situation. For the reconstruction, a double-leafed facade was again proposed, but for totally different reasons – this time as part of the building’s new climatic strategy. The result is a completely different aesthetic and a building which operates in a more environmentally responsible manner.