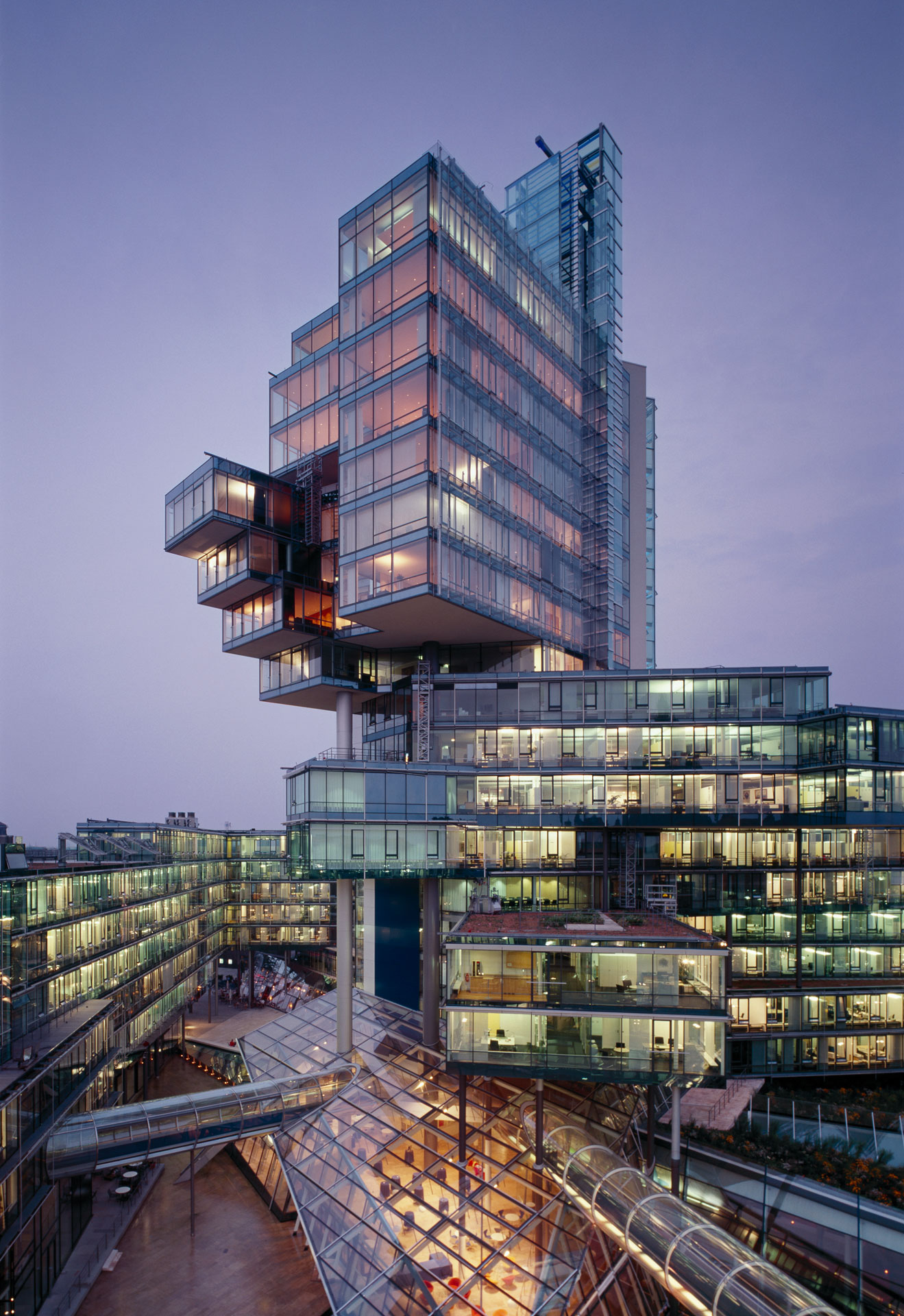 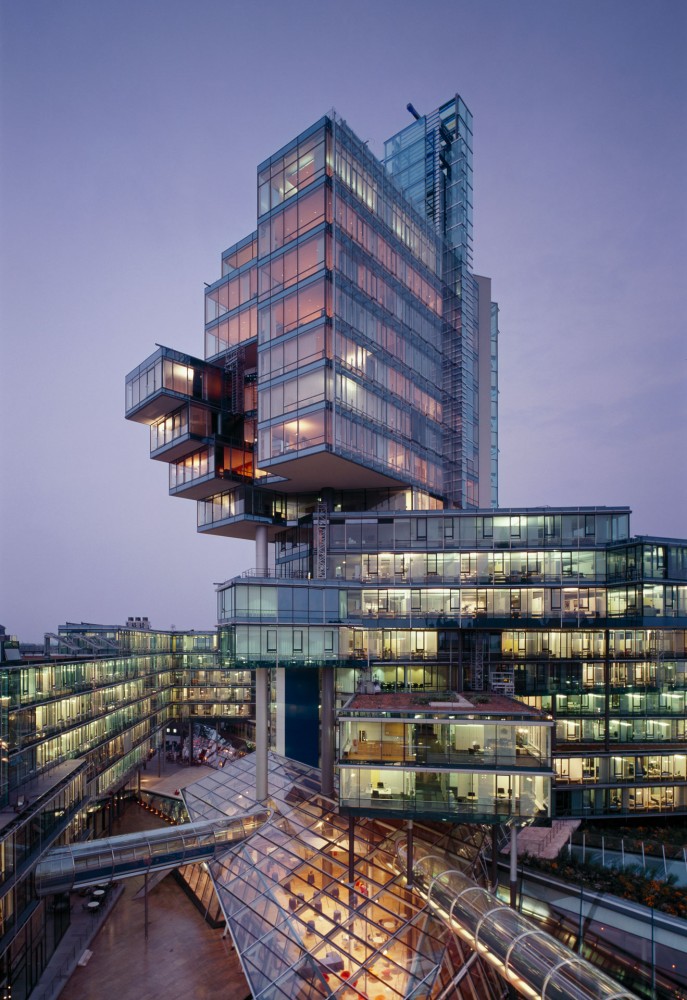 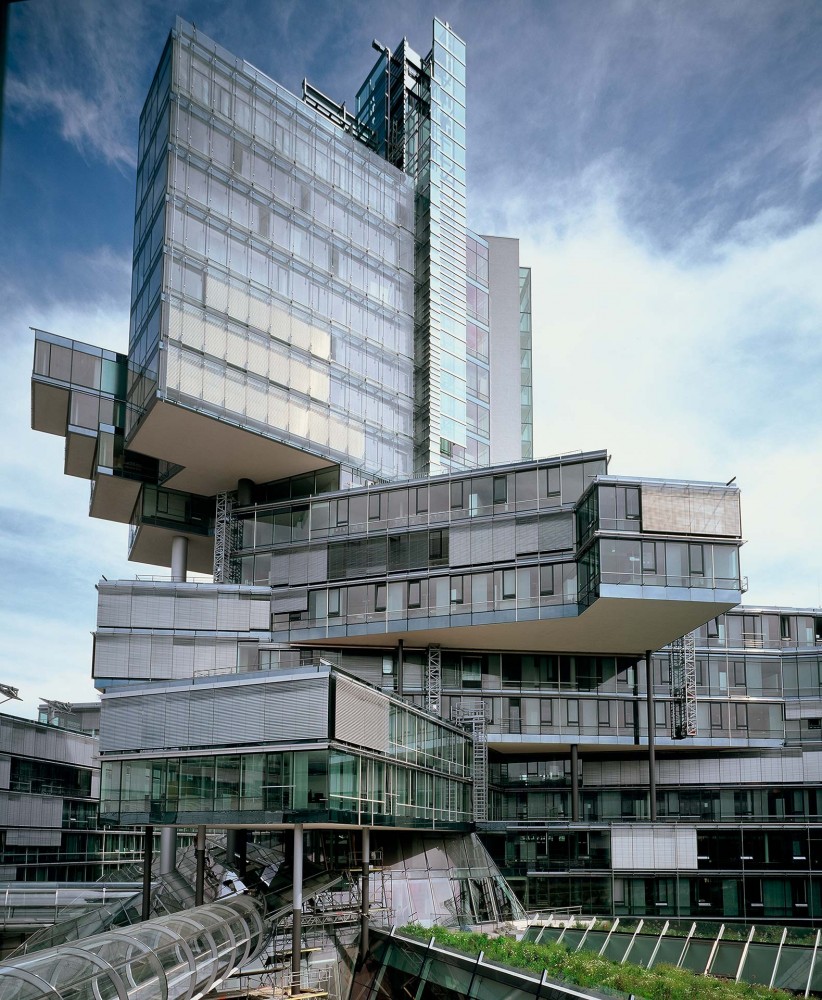 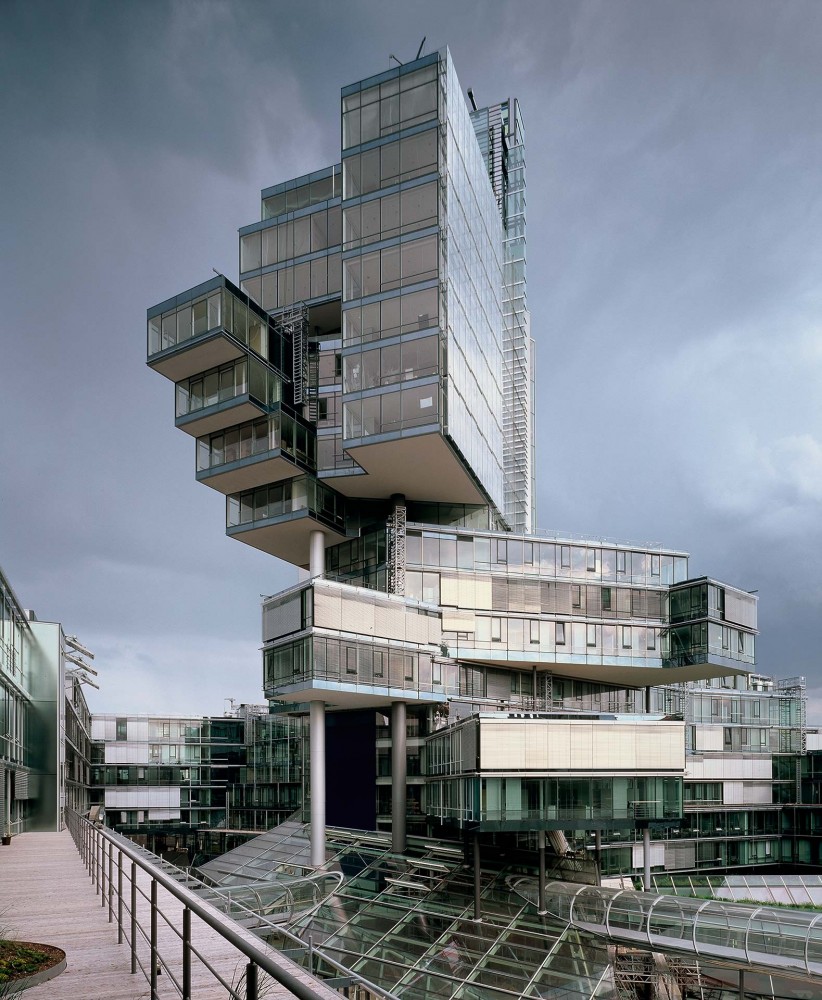 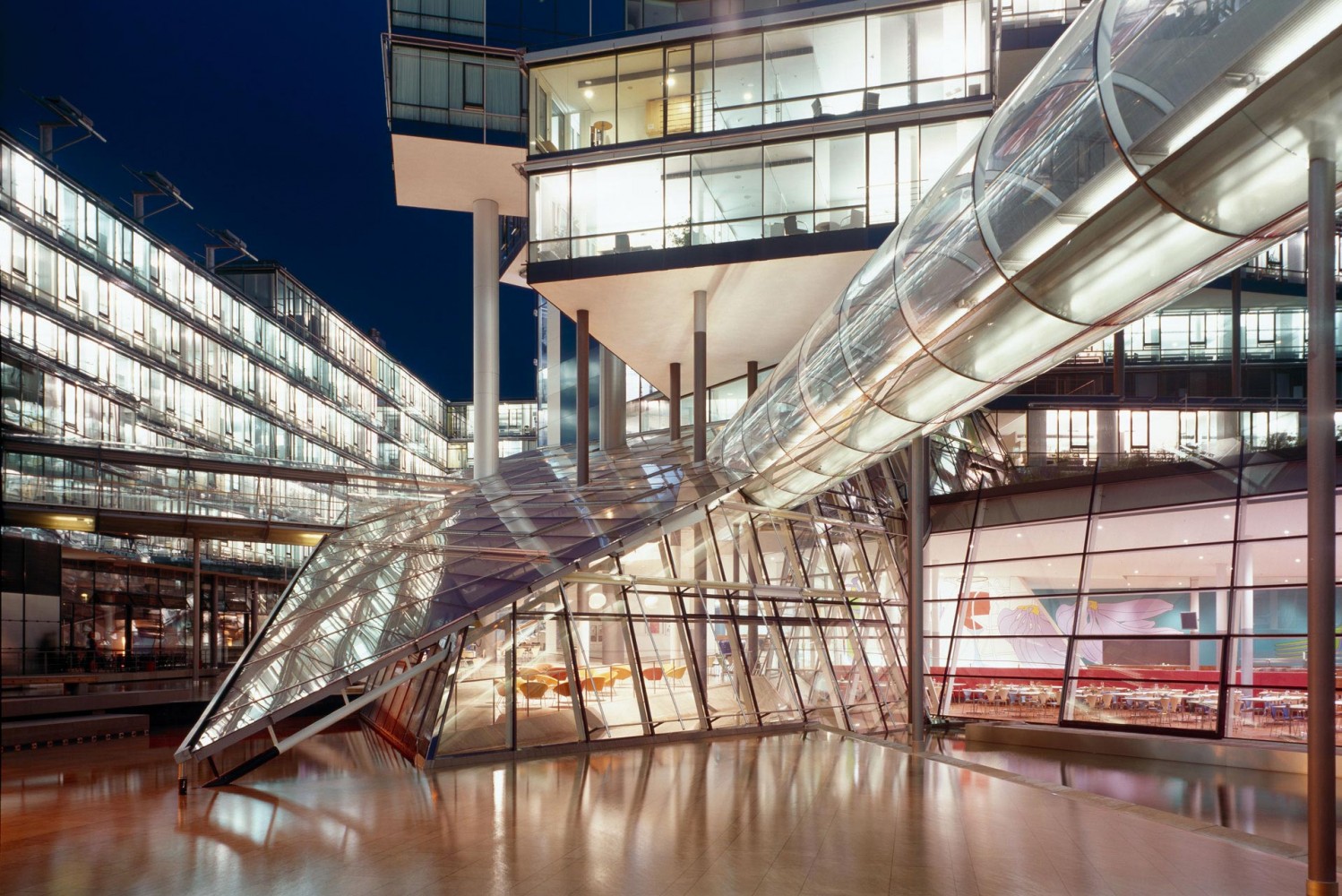 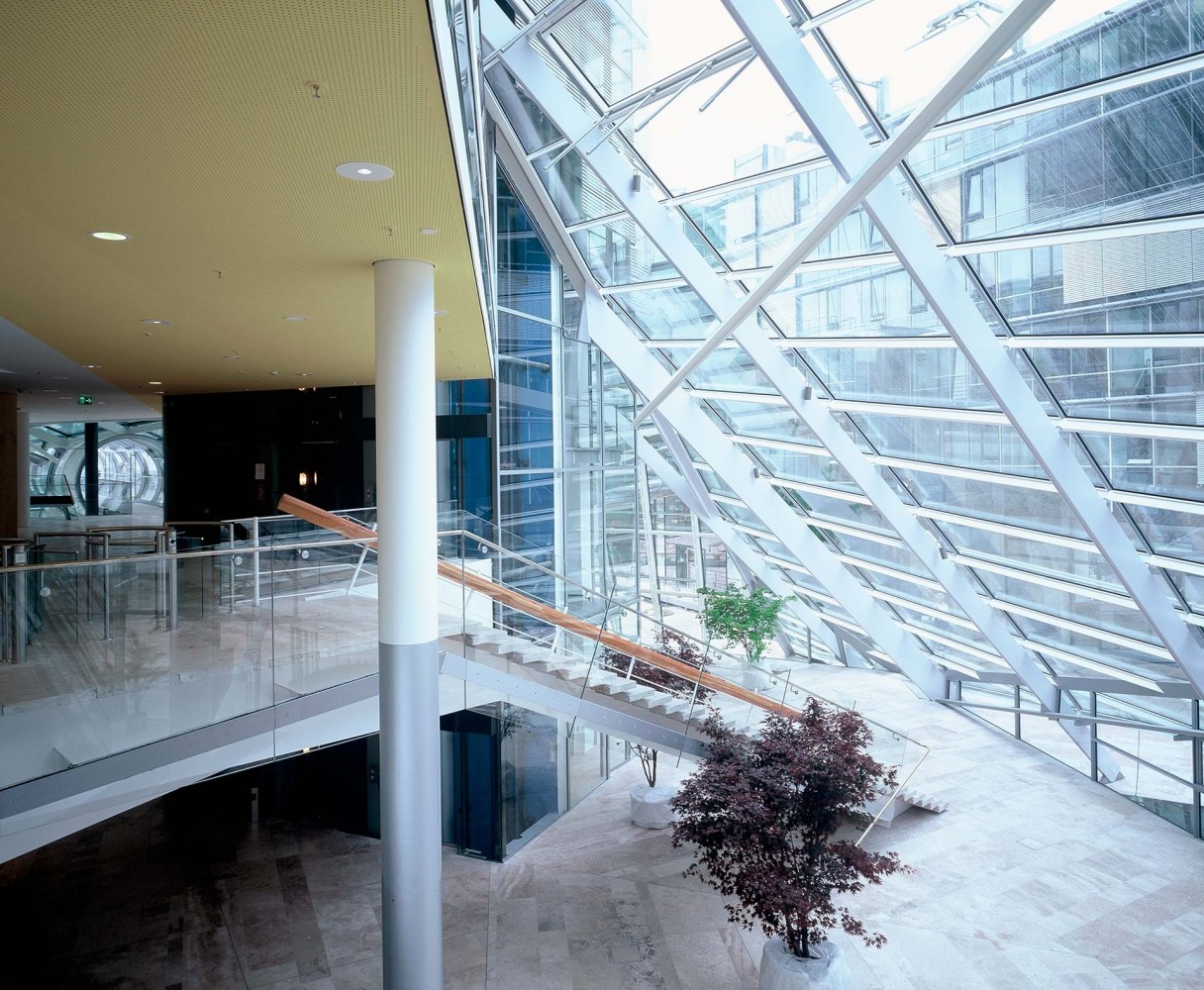 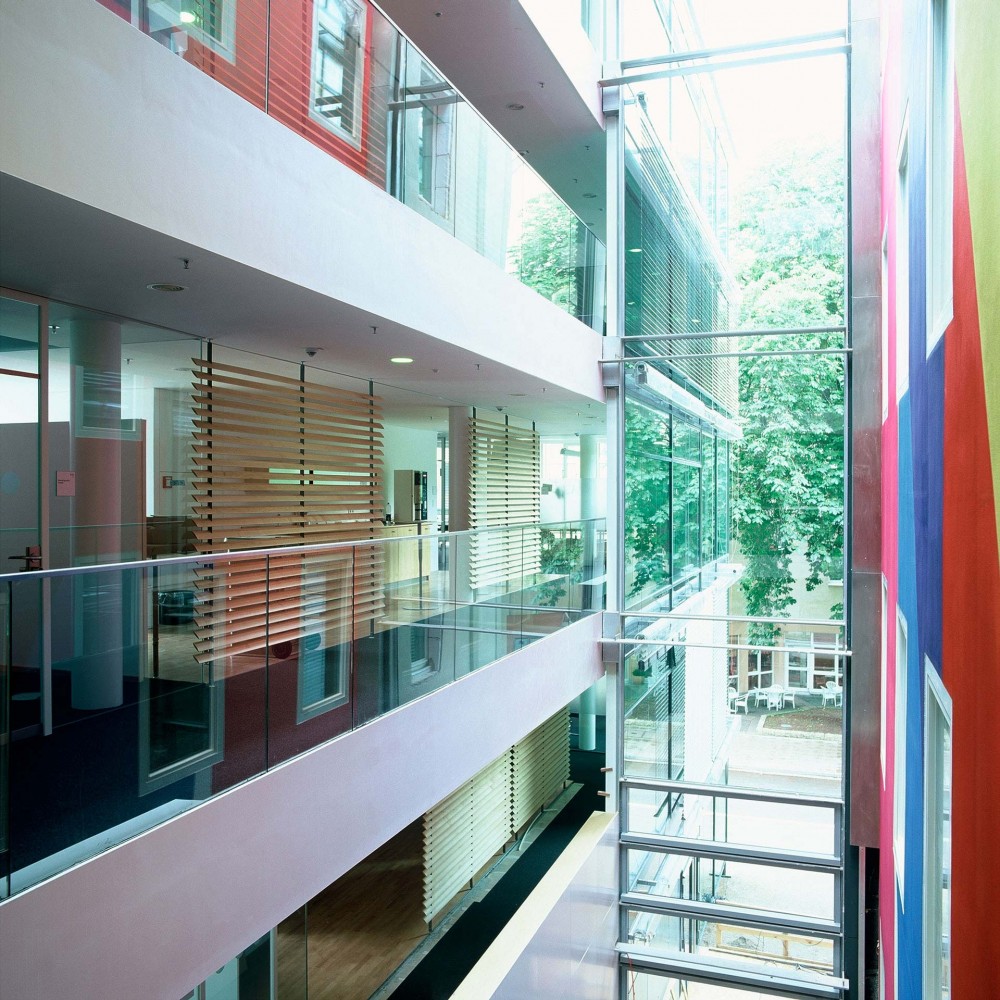 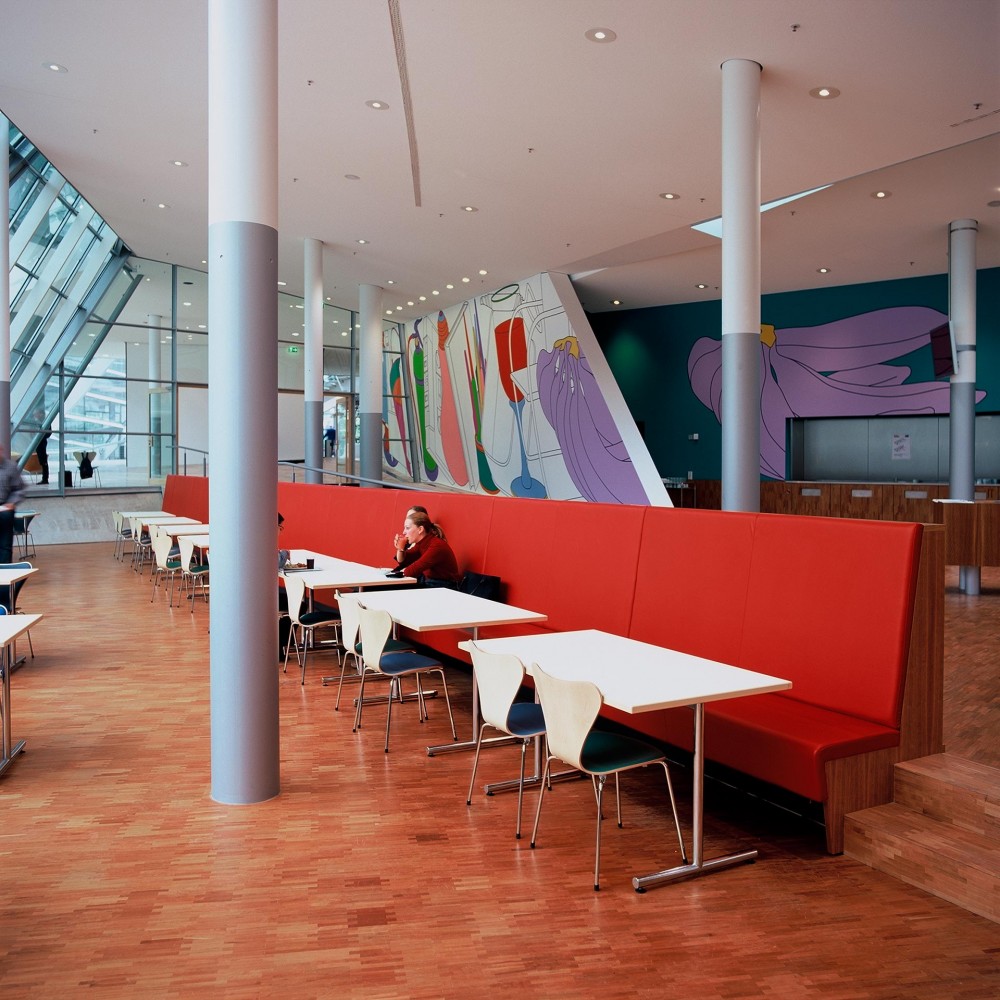 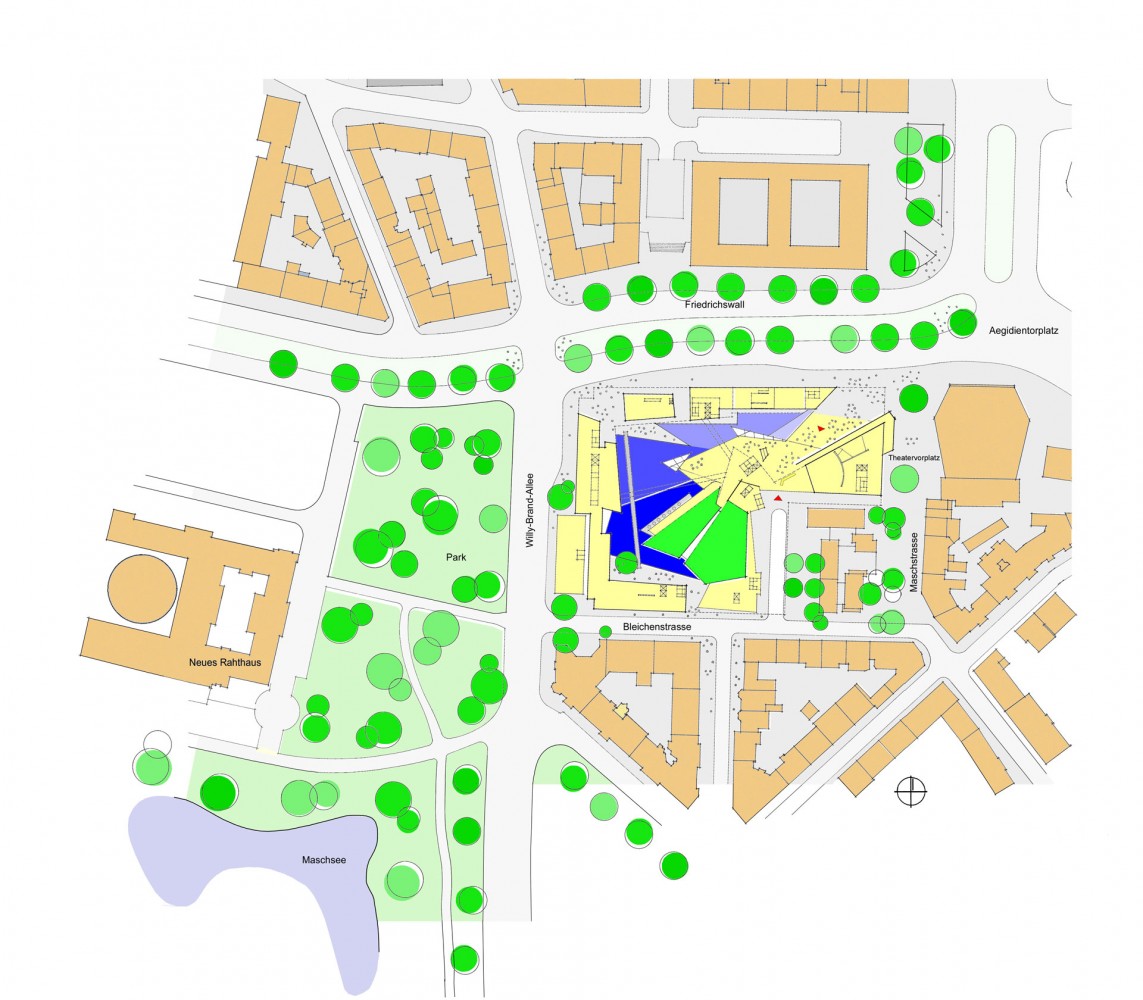 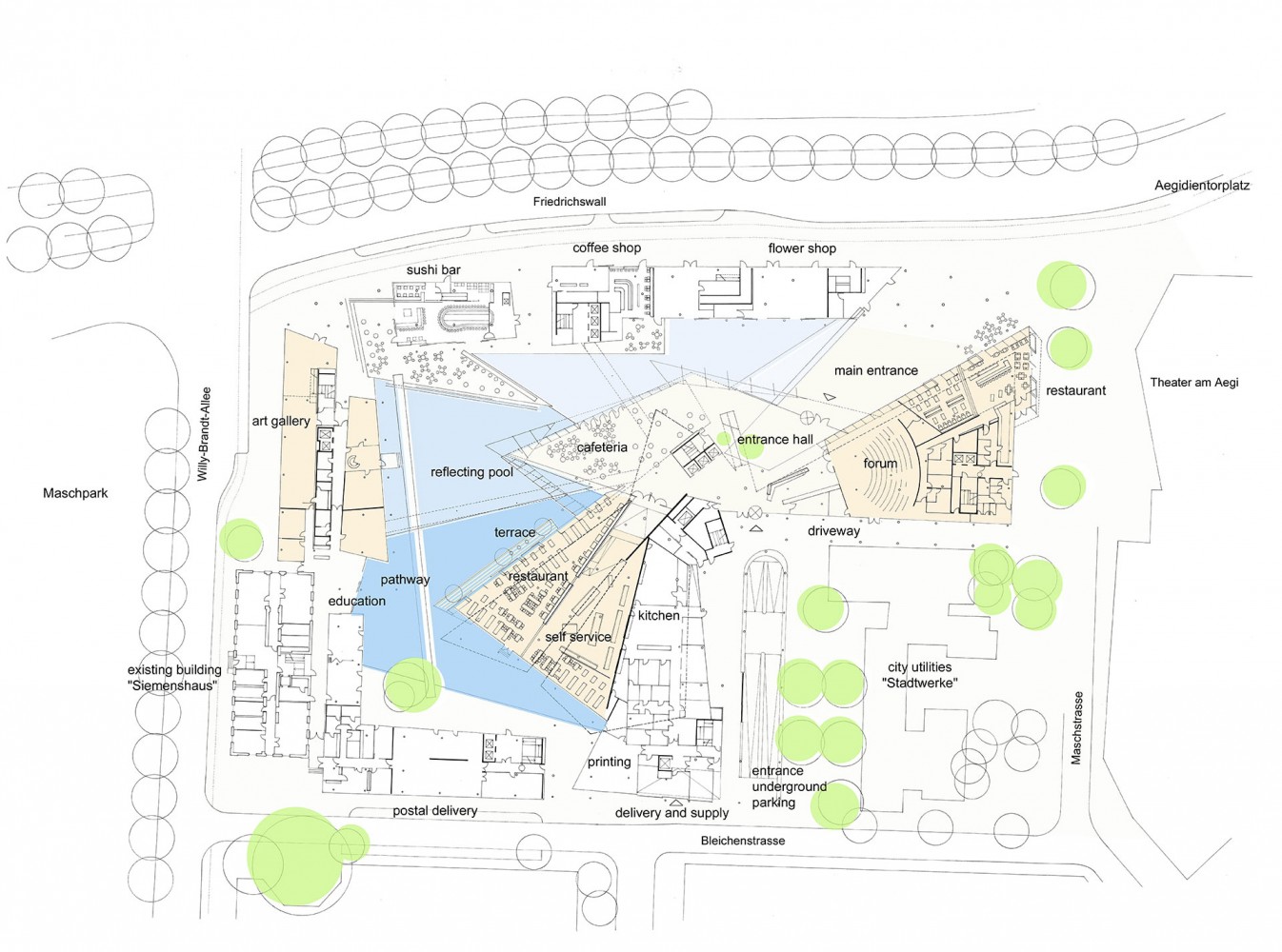 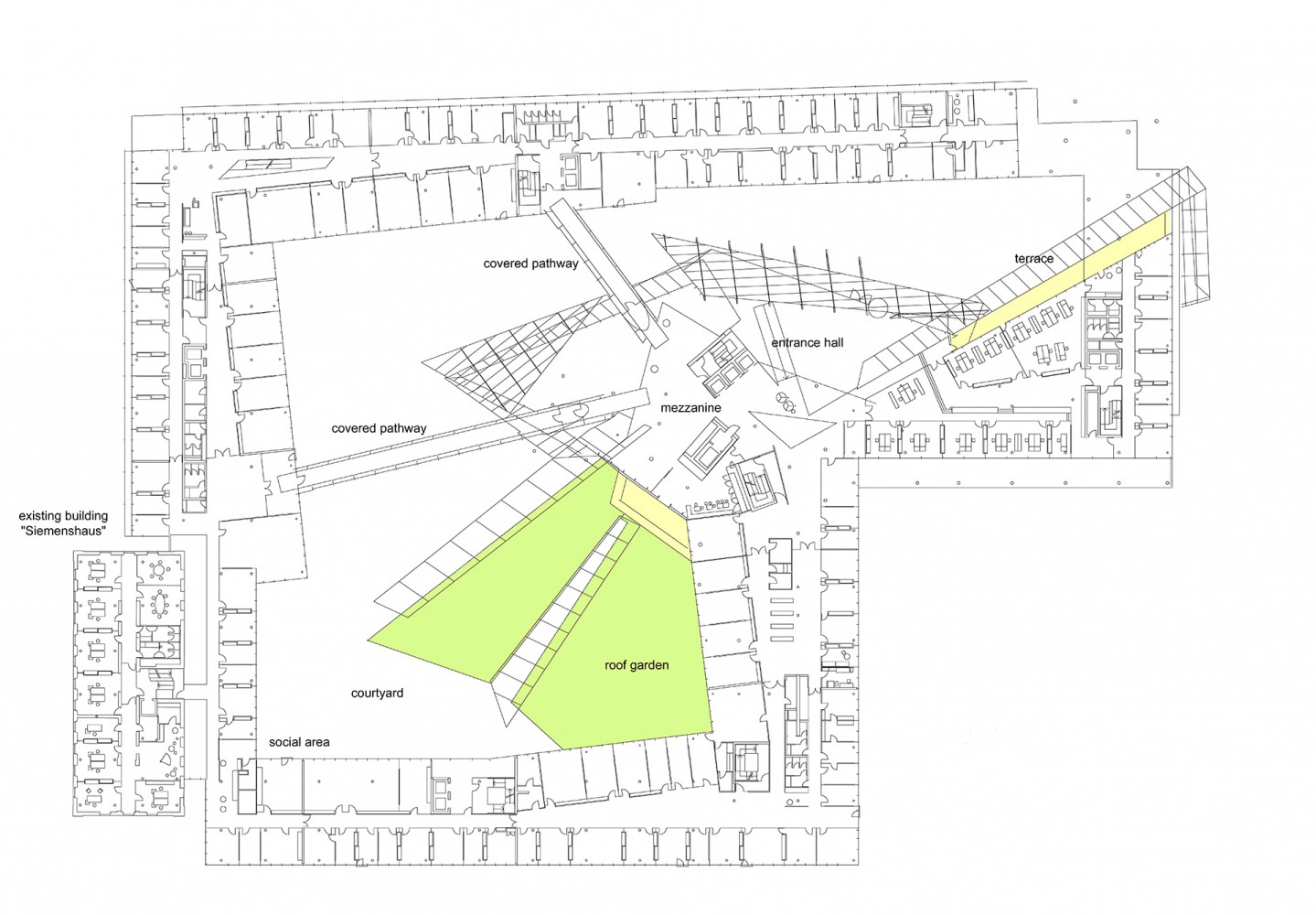 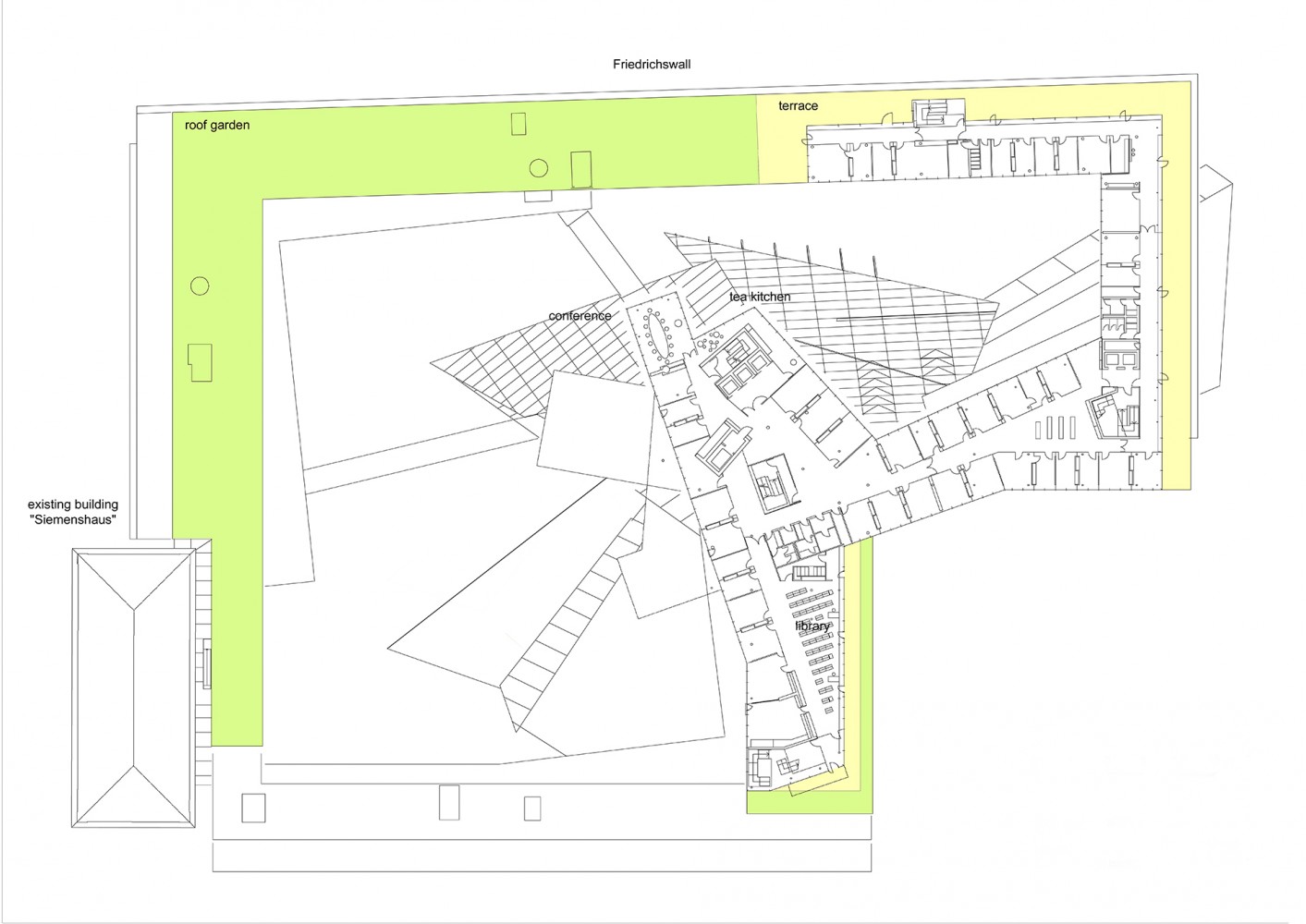 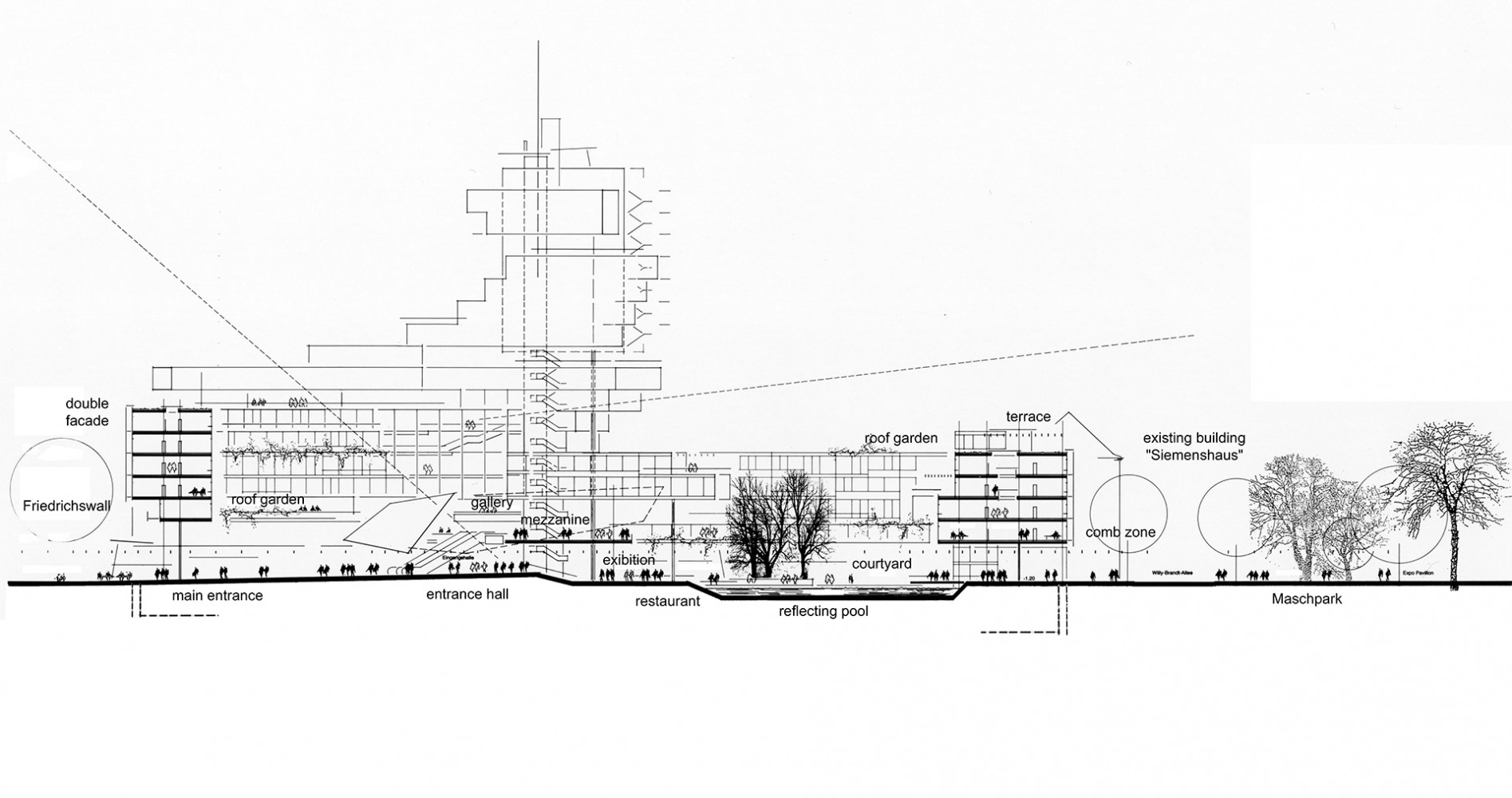 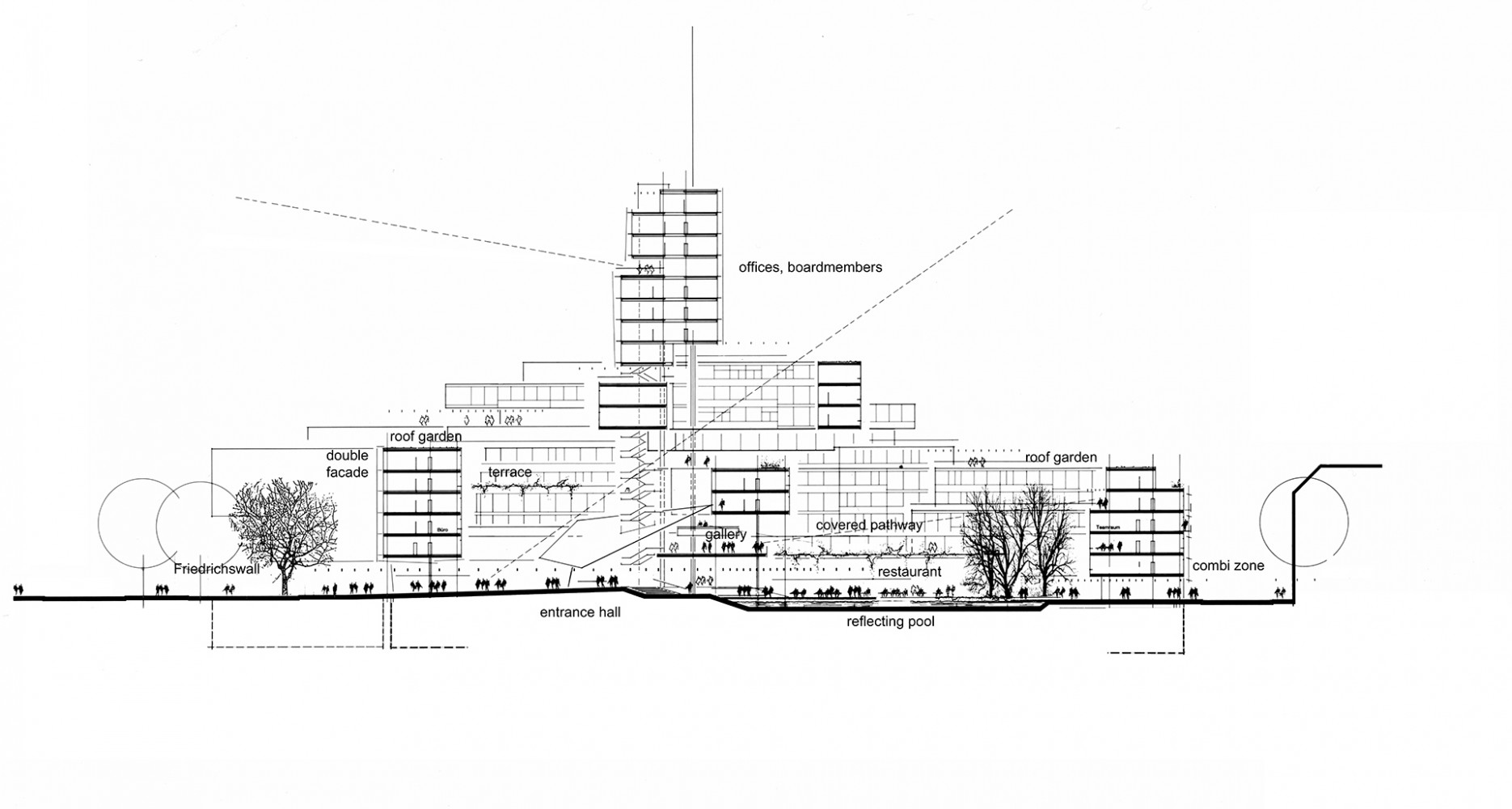 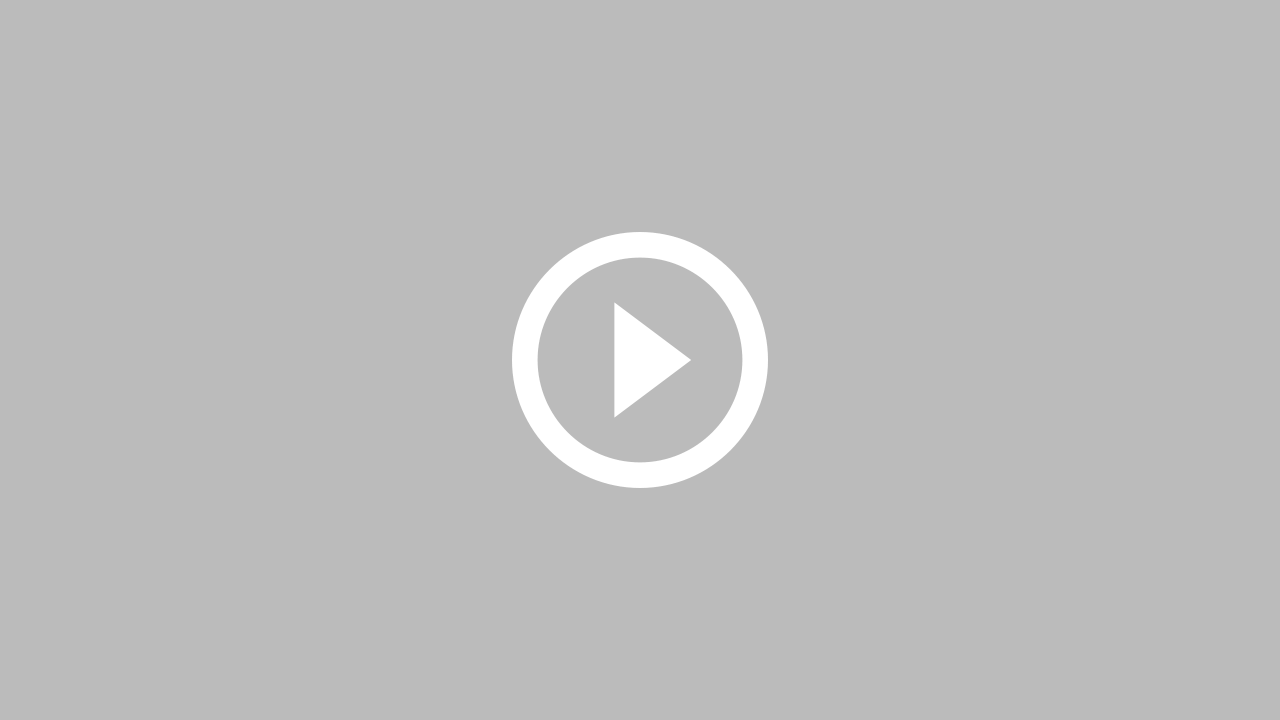 The Norddeutsche Landesbank occupies an entire city block and serves as an important linking element between the various activities which define the neighbouring quarters of the city: retail, commercial, residential, cultural, sport and leisure. Through varying heights a building emerges which gently integrates itself in the existing fabric of the city.

In accordance with urban-planning guidelines, the shallow-plan perimeter building is aligned with the existing streets, complementing the pattern and scale of its surroundings.

From the exterior it resembles the traditional city block, whilst at its centre, protected from the noise of the heavily trafficked streets, lies the heart of the complex, a large, public courtyard. This courtyard is characterized, but not dominated by the daily operations of the bank itself and further enlivened by shops, restaurants, cafés, large reflecting pools, extensive landscaping and public art.

A distinctive, seventy-meter-high building rises from the courtyard, detaching itself through a series of twists and turns from the formal order of the lower, perimeter building, which establishes formal and visual links to the city beyond.

The expressive form of the tower refers neither to the styles of the immediate surroundings, nor to the orthogonal grid of the post-war city; instead it is a response to the historical downtown geometries in the north.

A vast proportion of the building is naturally ventilated. The interior is characterized by design decisions related to the progressive energy concept; superstructure is exposed and windows provide ventilation. Areas of ‘double facade’ provide protection against noise and vehicle emissions, whilst also serving as a duct transferring clean air from the central courtyard to the individual offices. The large areas of water in the courtyard increase the reflection of daylight and contribute towards a beneficial microclimate. Generous roof gardens not only soften the appearance of the building, they also act to improve the general climate for the occupants, and to collect rainwater for irrigation and use within the building.