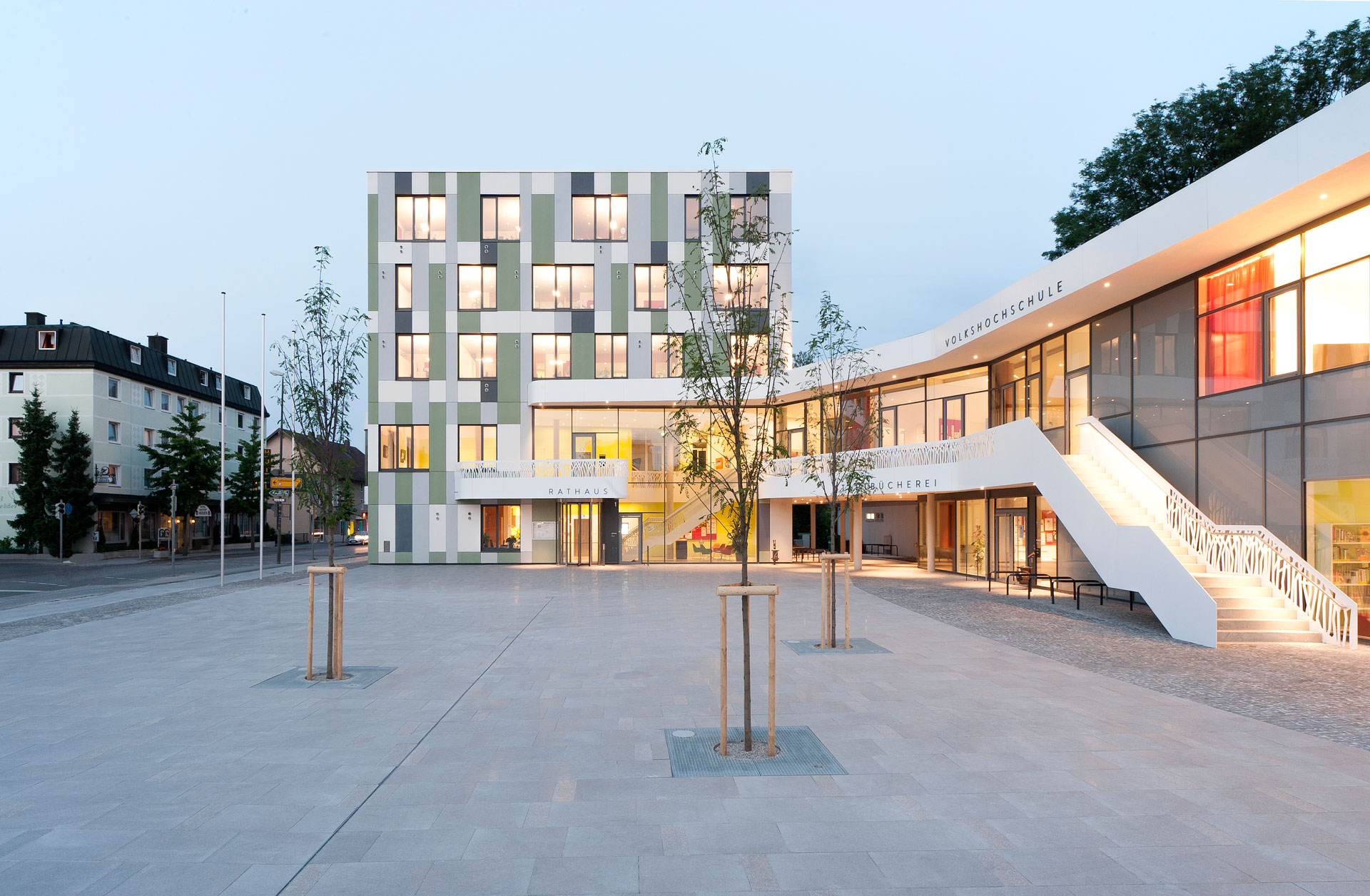 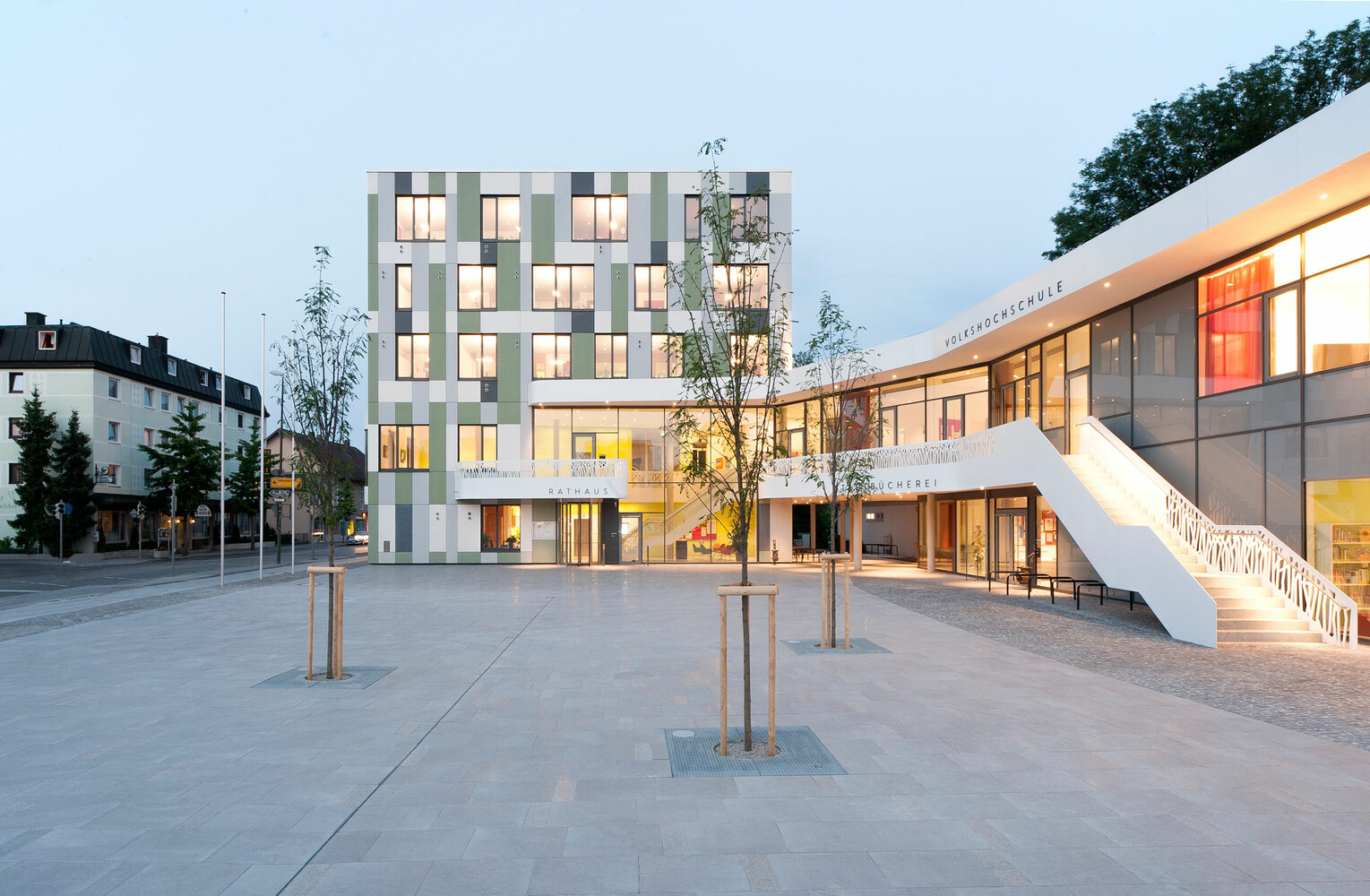 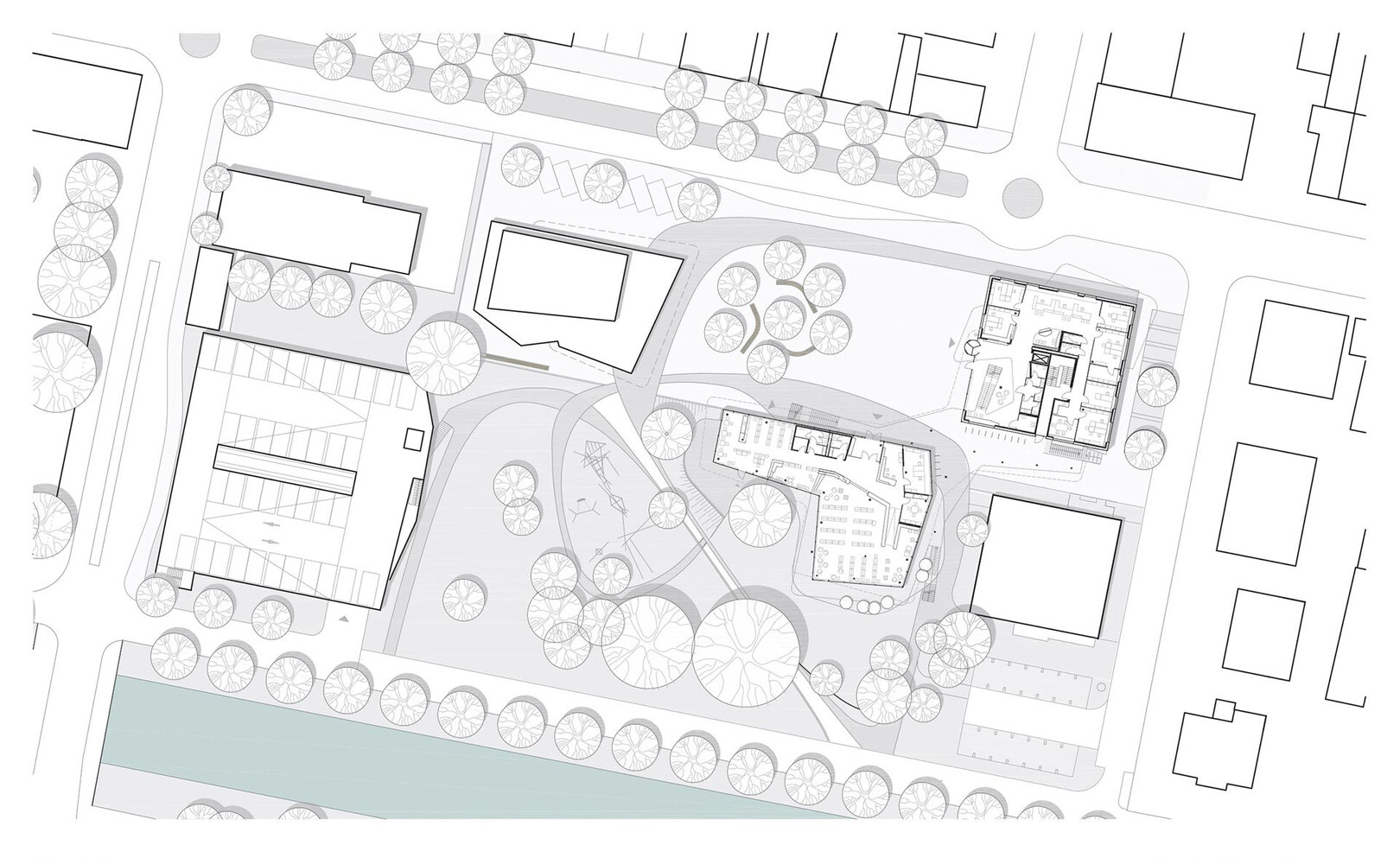 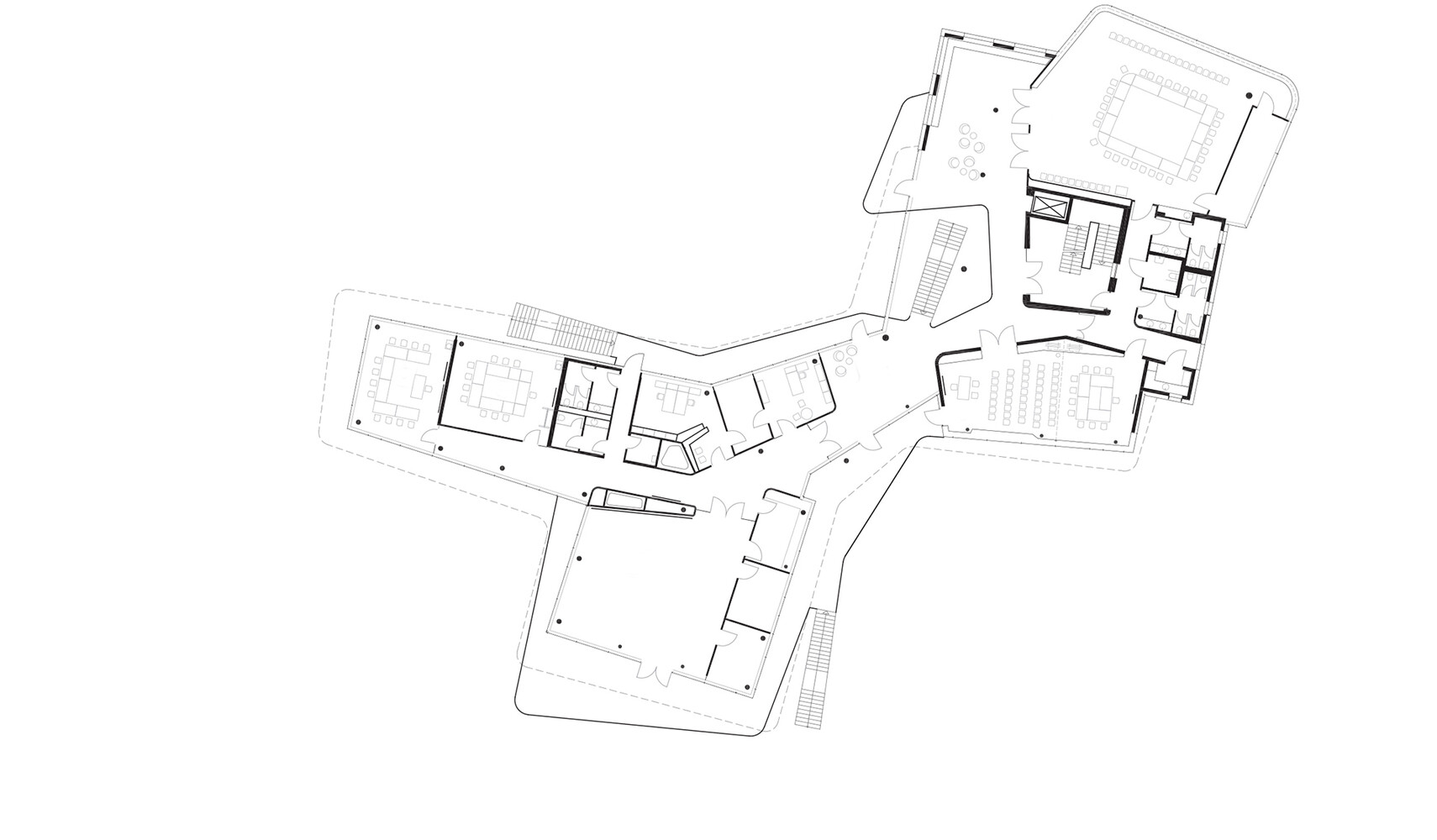 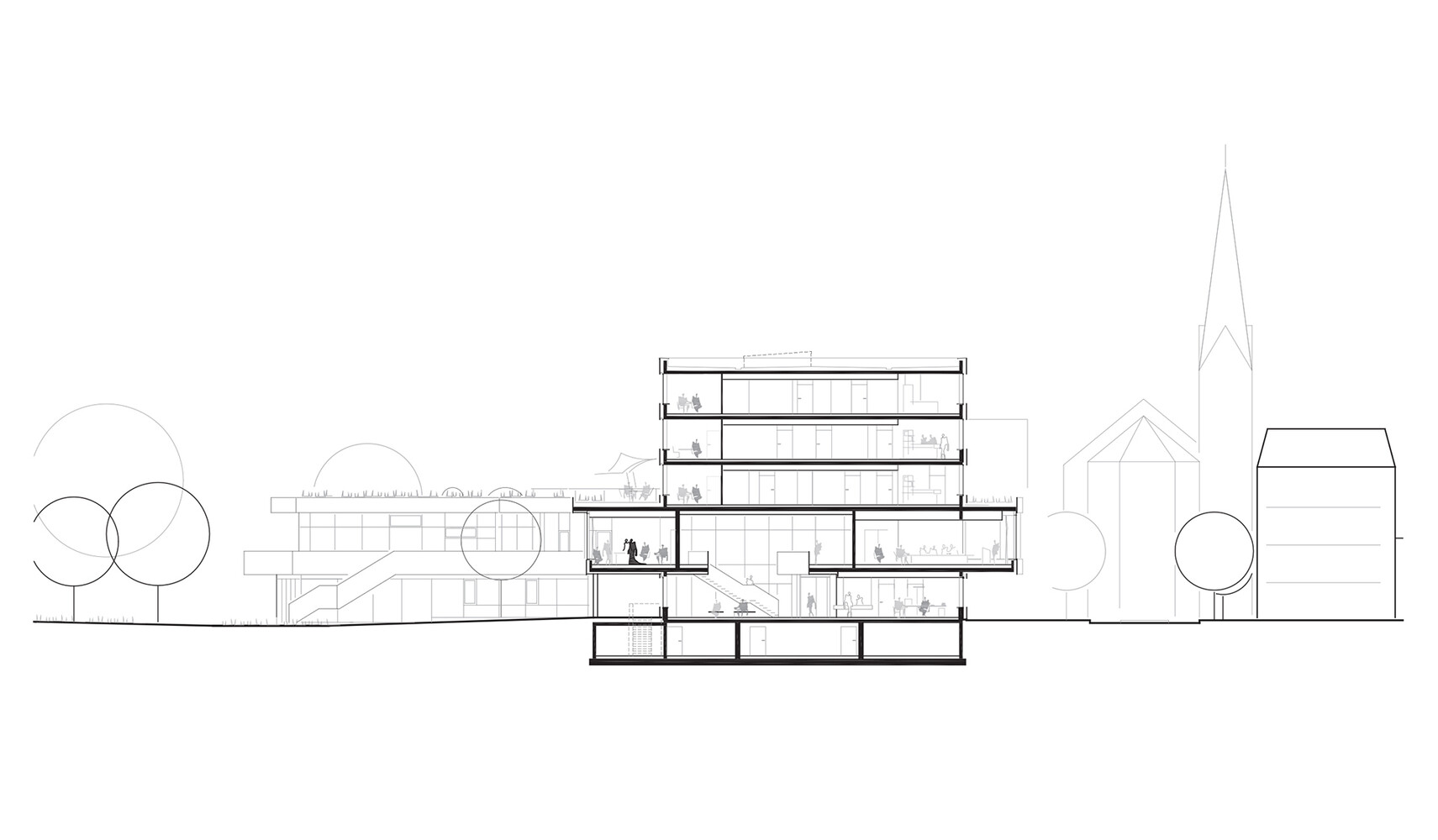 Located in close proximity to the historical city center of Kolbermoor town and directly adjacent to the park, a new town hall has been set in the urban hub of this small Bavarian town. It has been incorporated into this environment both in terms of its appearance and its offerings. It is a lively building, whose two-storey, undulating building structure and public spaces create a transition to the park, which has also been redesigned. The five-storey administrative structure forms a striking closure to the area in the east of the city and is a suitable counterpart to the parish church in the west of the centre.

The two-storey foyer of the administration zone opens up onto the citizens’ advice department on the ground floor. The public functions such as the meeting hall, the registry office and the adult education centre are located here.

The ground floor library, oriented towards the municipal park can be accessed via a separate entrance in a covered ground floor area of the low building. Due to the difference in height between the street level and the municipal park, the library on the interior is able to provide full views of the beautiful, old, existing trees.

The interventions in the existing structure of the park have been limited to the layout of the paths and a restructuring of the furniture and playground facilities.

The Rathausplatz is distinguished by its generous natural stone surface. A canopy of overhanging lime trees offers shady areas. Here, residents and business people mingle, festivals are held and events staged. The Rathausplatz is both a place to linger as well as a functional way into the building, into the park, and over the canal.