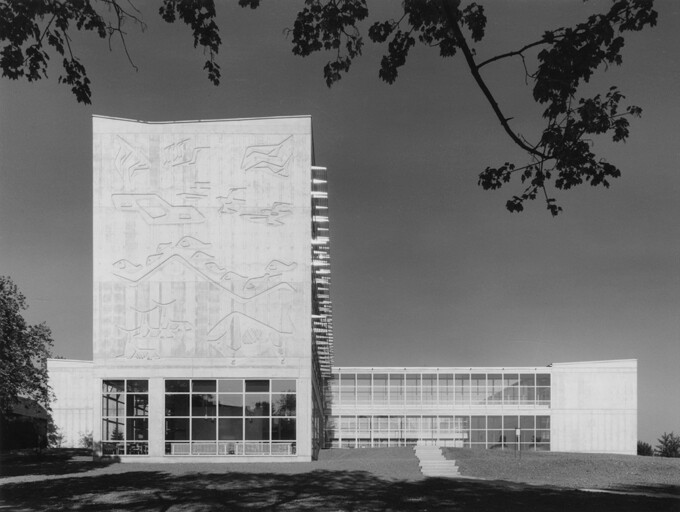 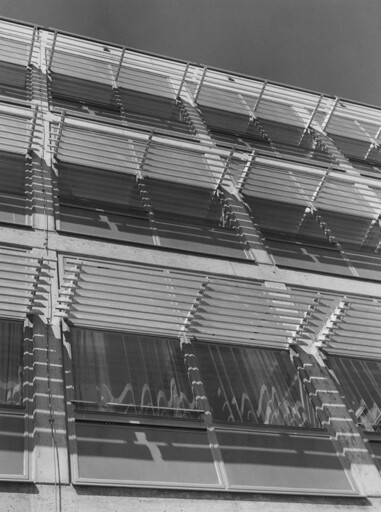 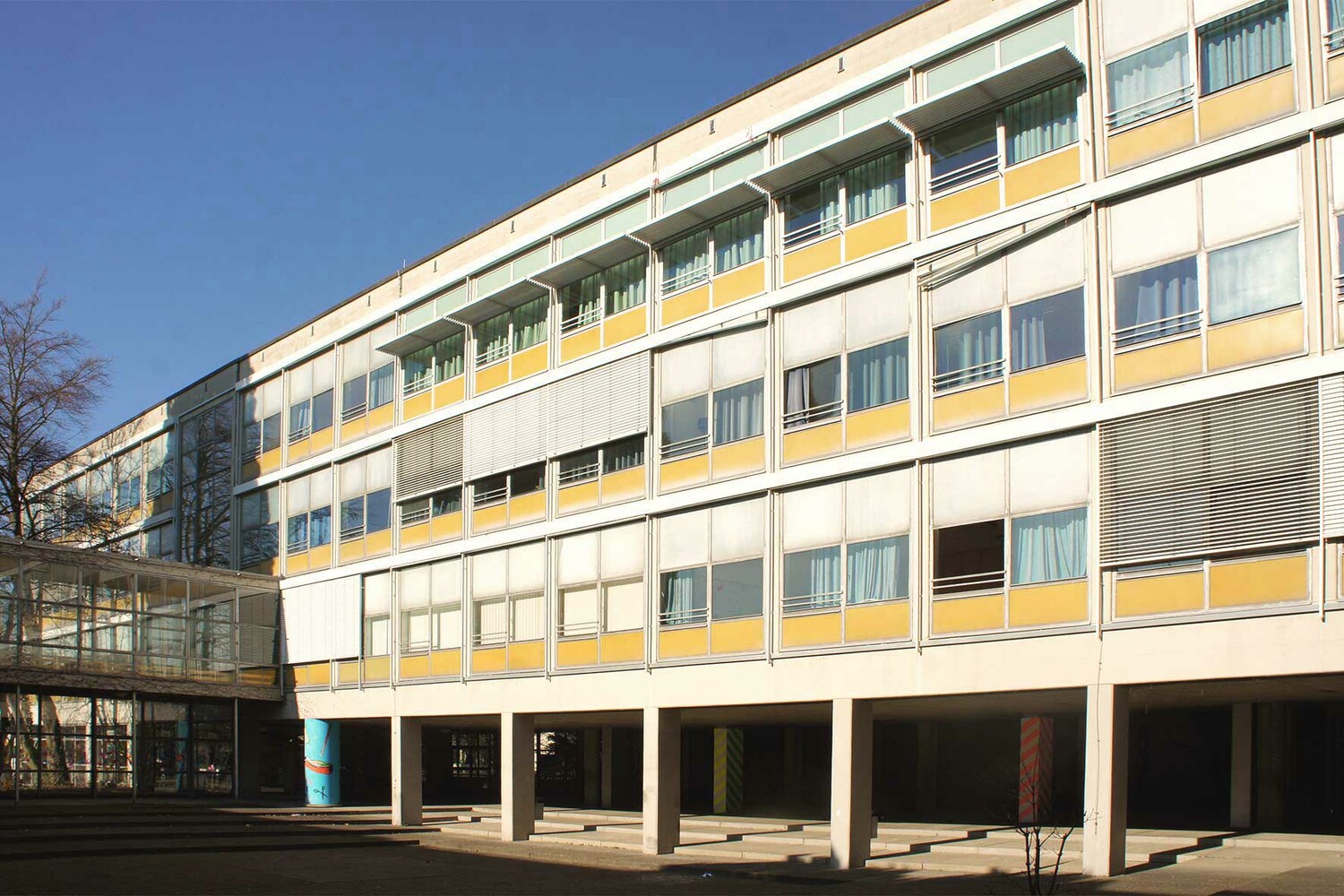 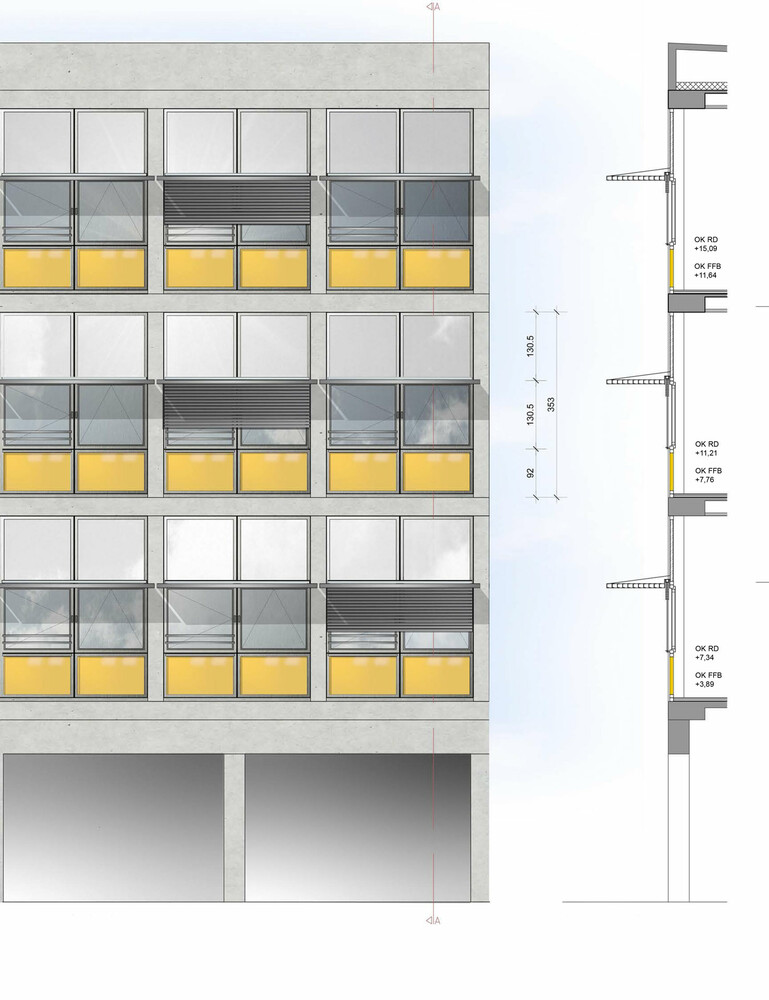 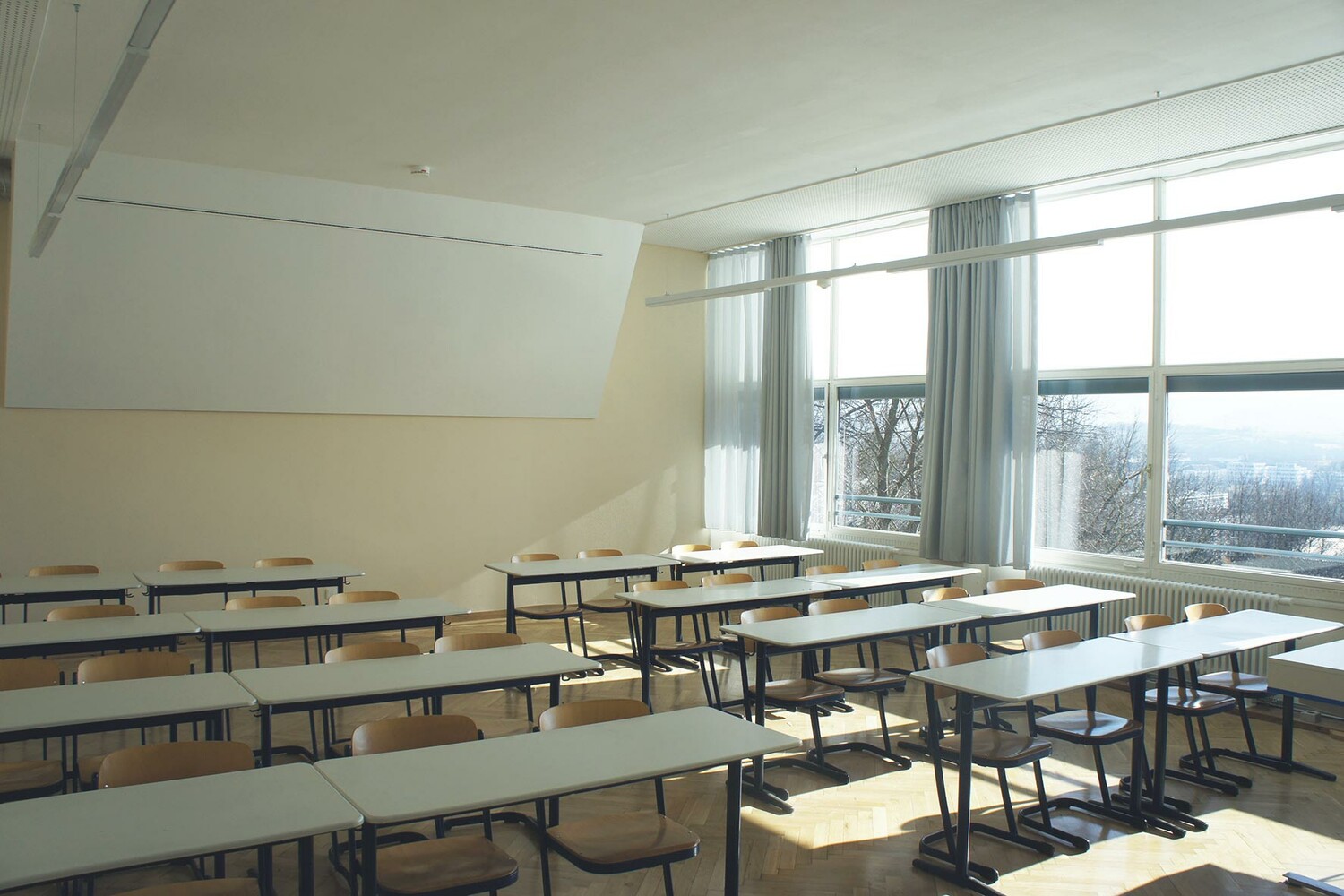 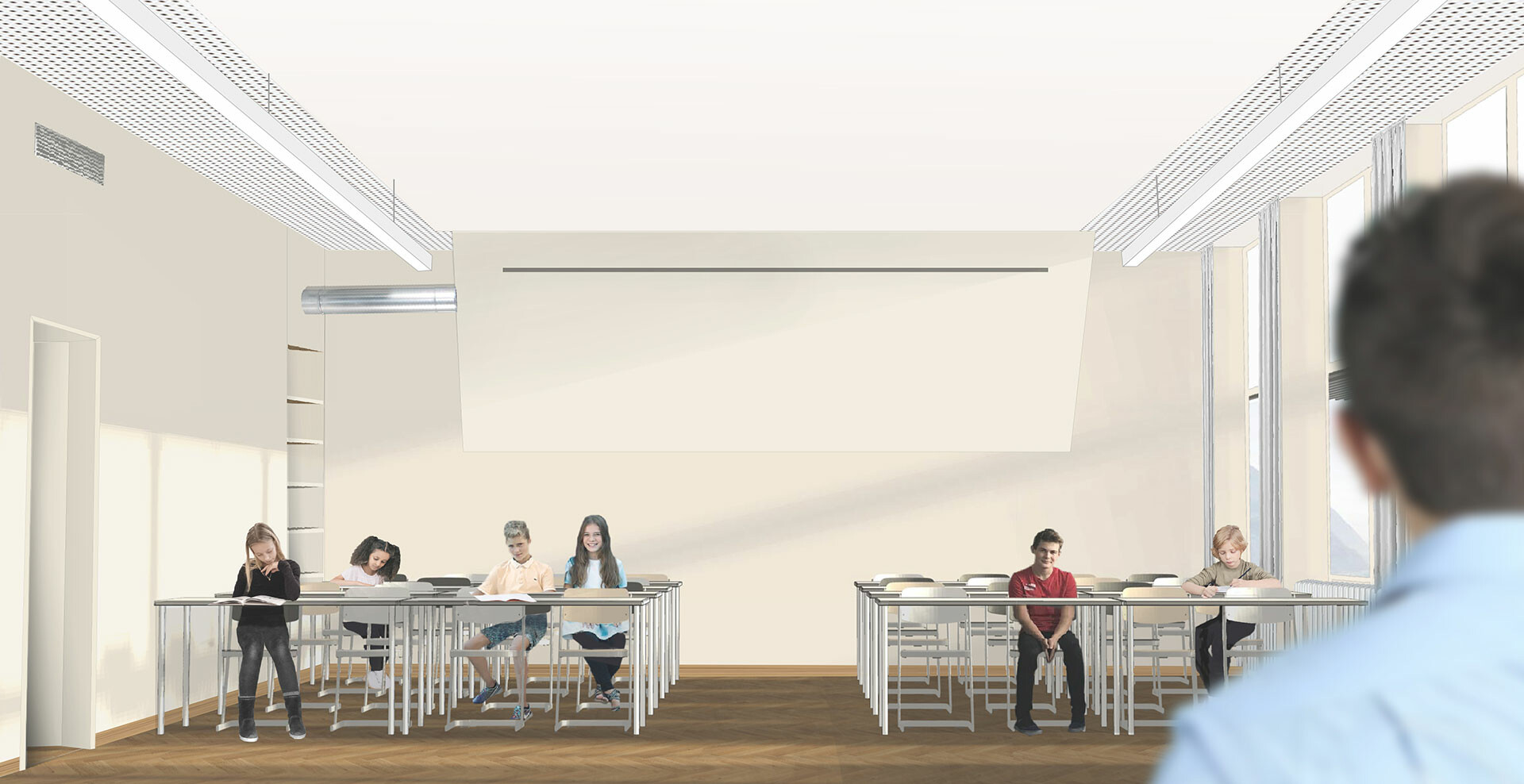 Hohenstaufen Secondary School was built between 1957 and 1959 by architects Günter Behnisch and Bruno Lambart. It was placed under a protection order in 2015. The building consists of an elongated four-story main classroom block with an east-west alignment. The two special classroom wings to the north and south are linked with each other and with the main block by means of two-story glass hallways. The building’s characteristic feature is the stern, spartan appearance of the reinforced concrete skeleton, which was cast in situ and fitted with prefabricated facade elements.

The purpose of the renovations is to install energy-saving measures while preserving the appearance of the protected monument. Additionally, the sanitary areas and installations are due to be refurbished. The measures will result in a modern, healthy learning environment that meets the present and future needs of a three-stream secondary school.

In the first phase of the renovations, two prototype rooms were completed and will be used in a test phase spanning a winter and a summer semester until the start of the 2020 summer vacation. This test period will provide information for the general renovations. On the facade, the slender steel profiles and wooden glazing beads were refurbished, as were the yellow enameled sandwich elements in the area of the parapets. The windows were fitted with insulated or solar control glazing. The fixed, horizontal sun screen will be restored to its original condition as a brise-soleil. An adjustable textile glare protection was installed on the inside. After a conservational examination, the walls and ceilings were painted in their original colors.

Other measures in the building’s interior involve air exchange, installing a heating and cooling ceiling, dismantling and reorganizing the electrical system in a vertical installation element on the blackboard wall, and insulating the roof to comply with modern standards. The evaluation will incorporate the results of ongoing monitoring and a user survey. The general renovations thus offer an opportunity to implement advanced technologies to improve the buildings usability, operations, and comfort while taking into account the existing structures of the protected building from the 1950s.