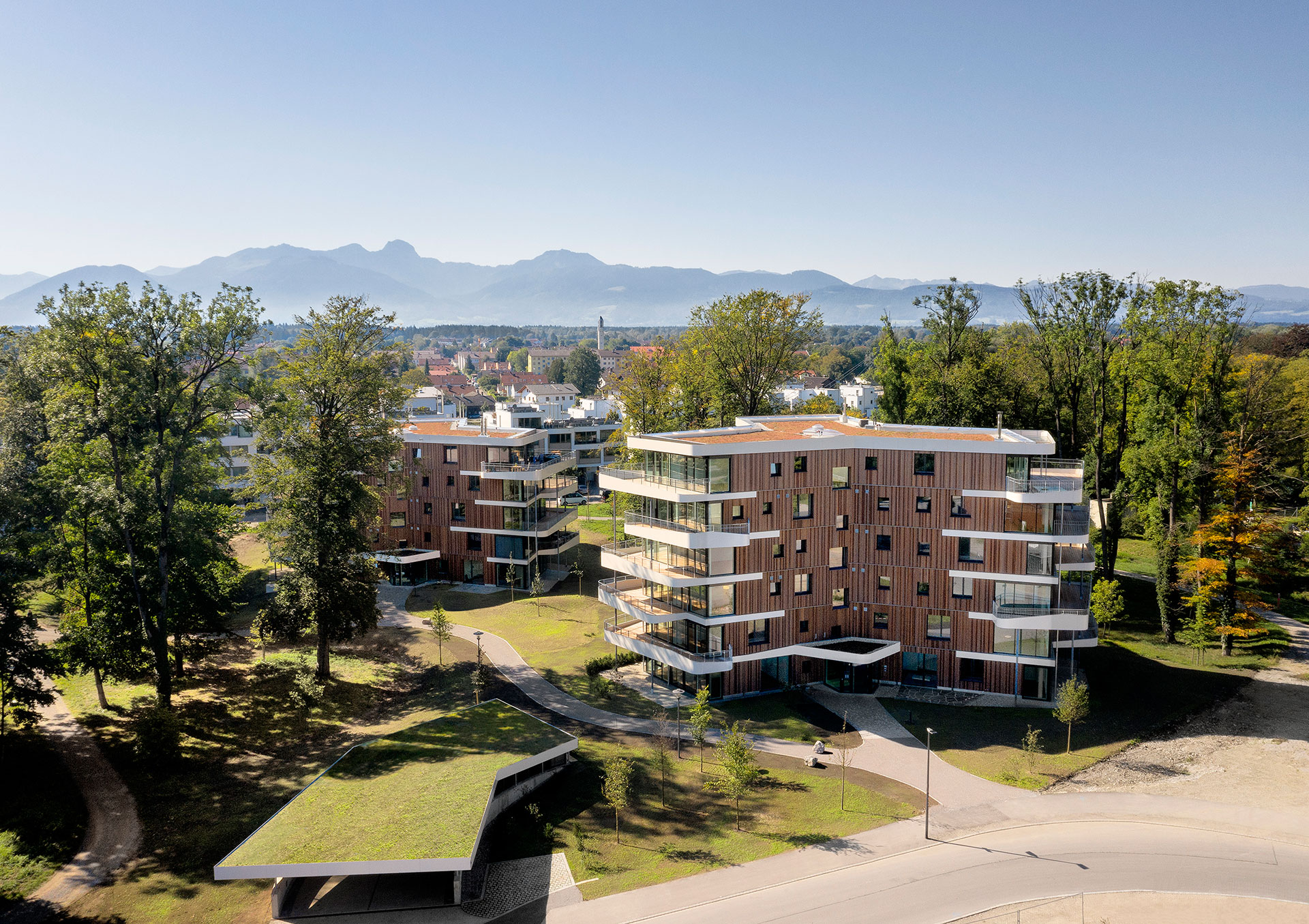 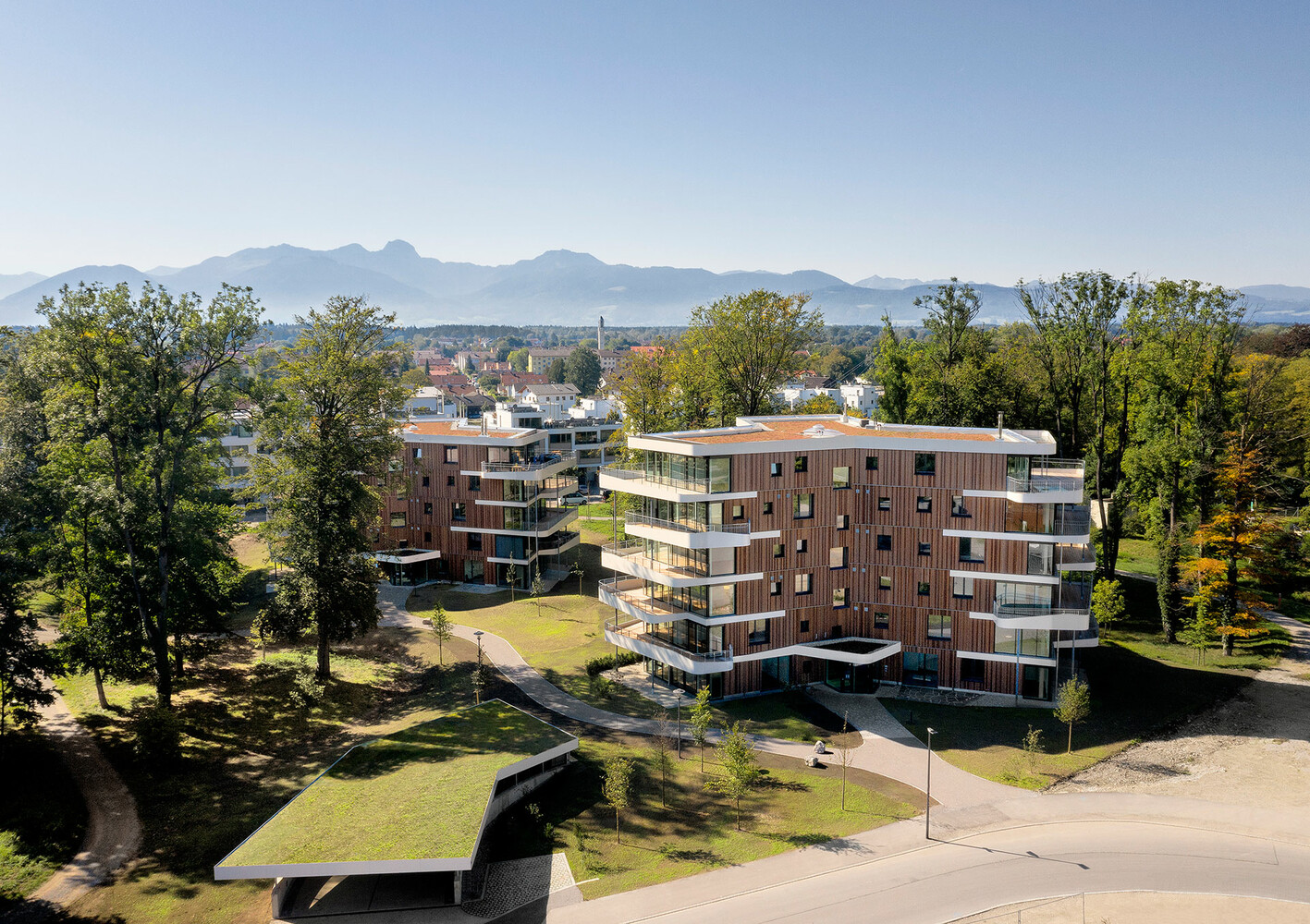 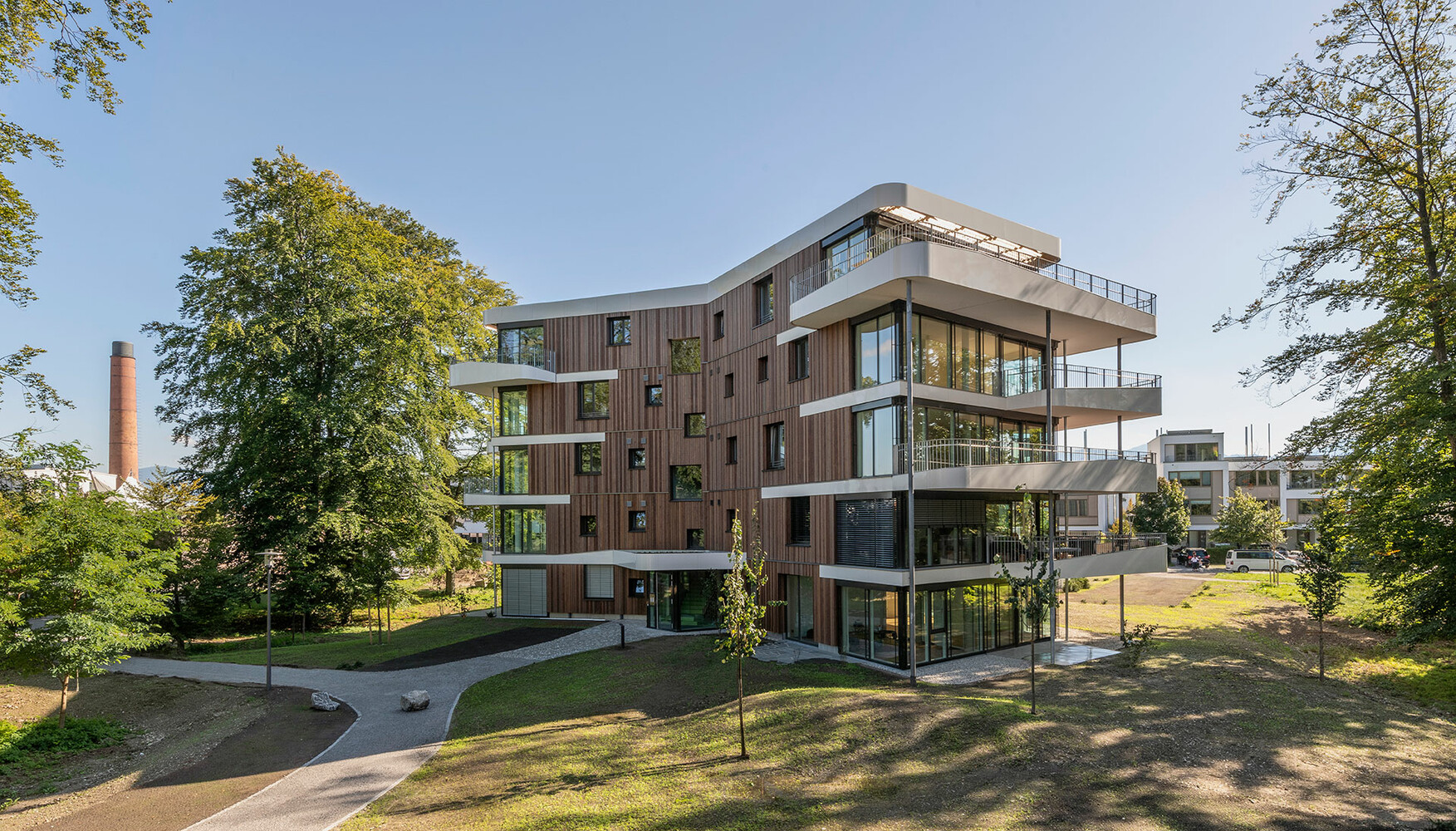 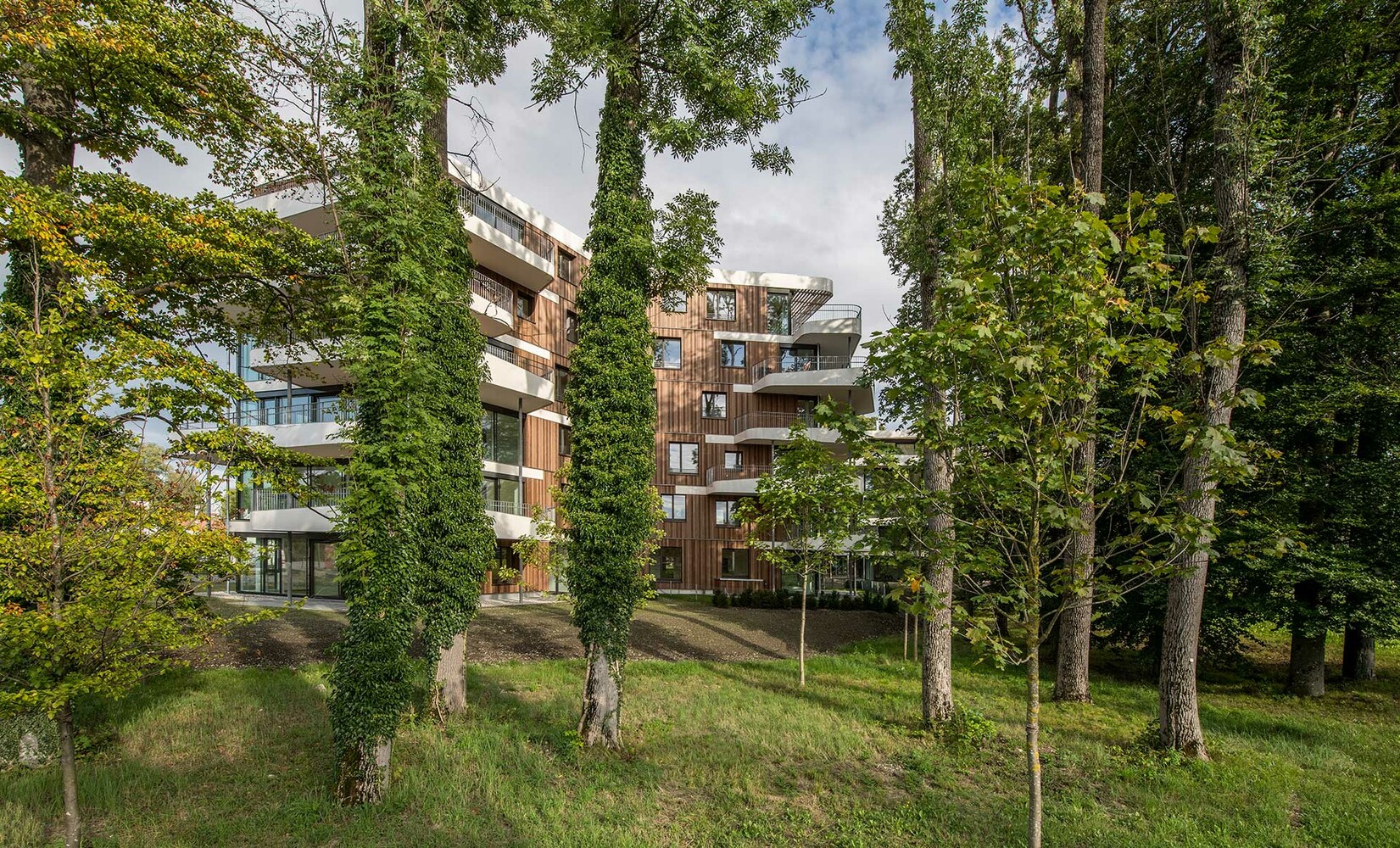 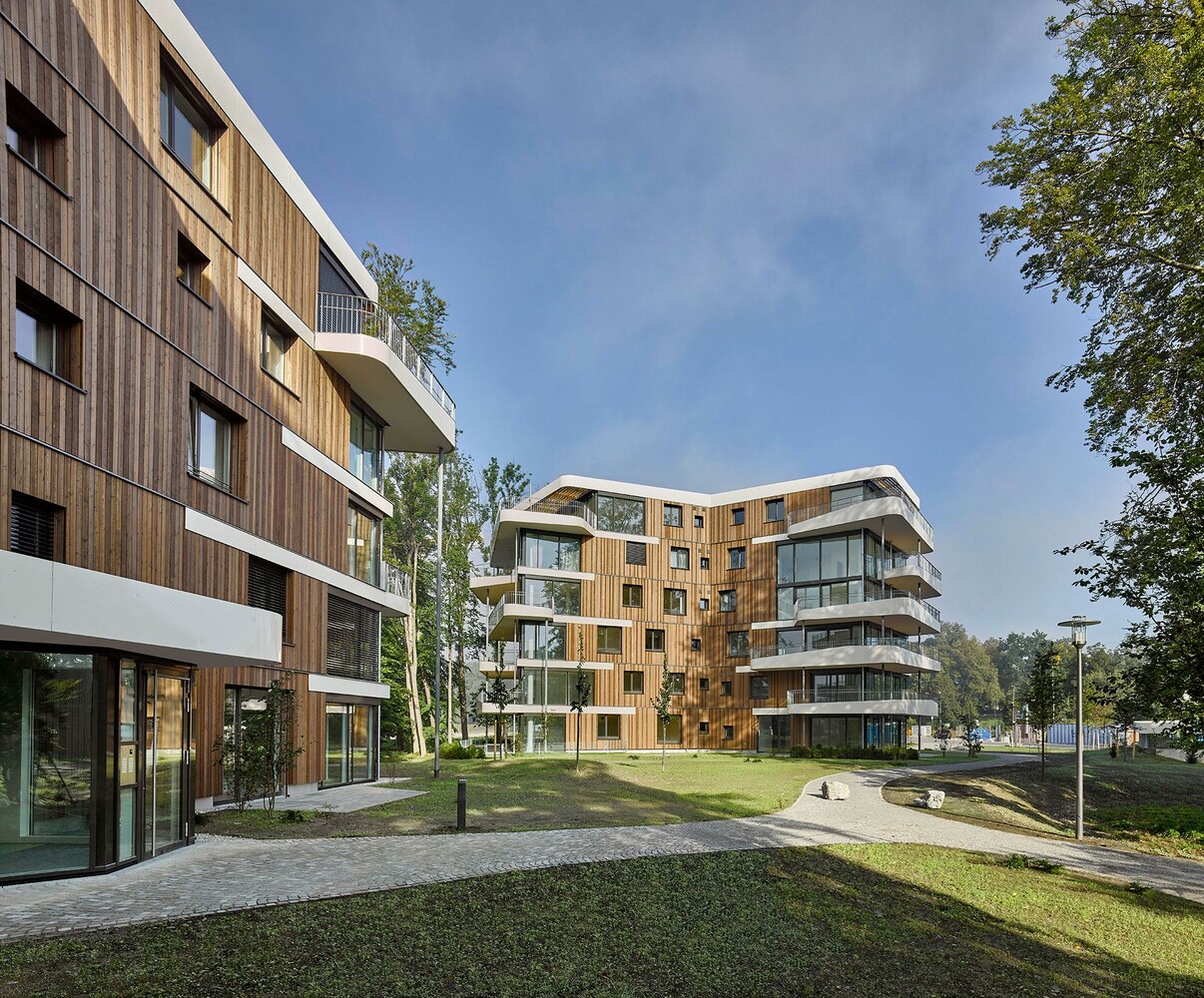 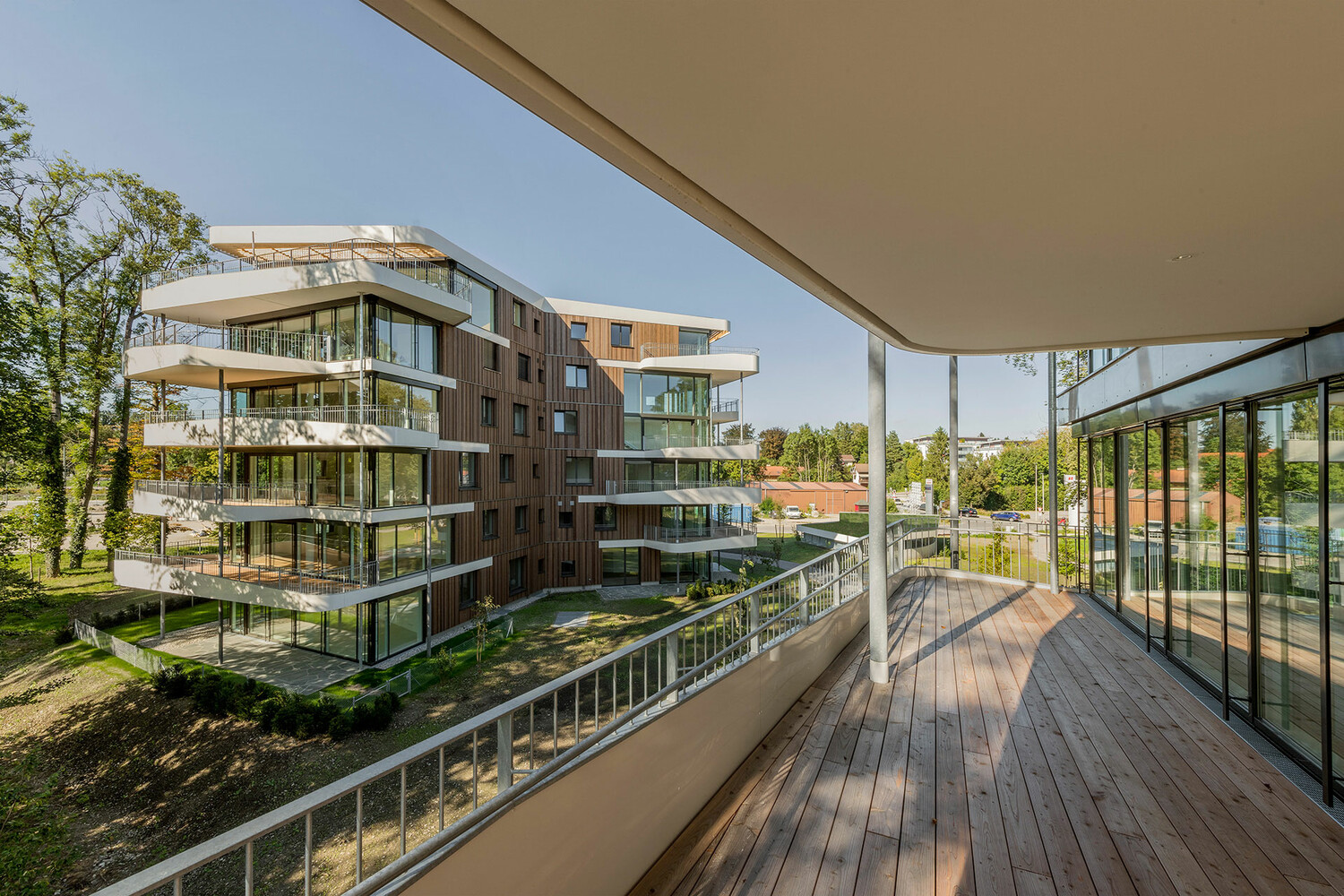 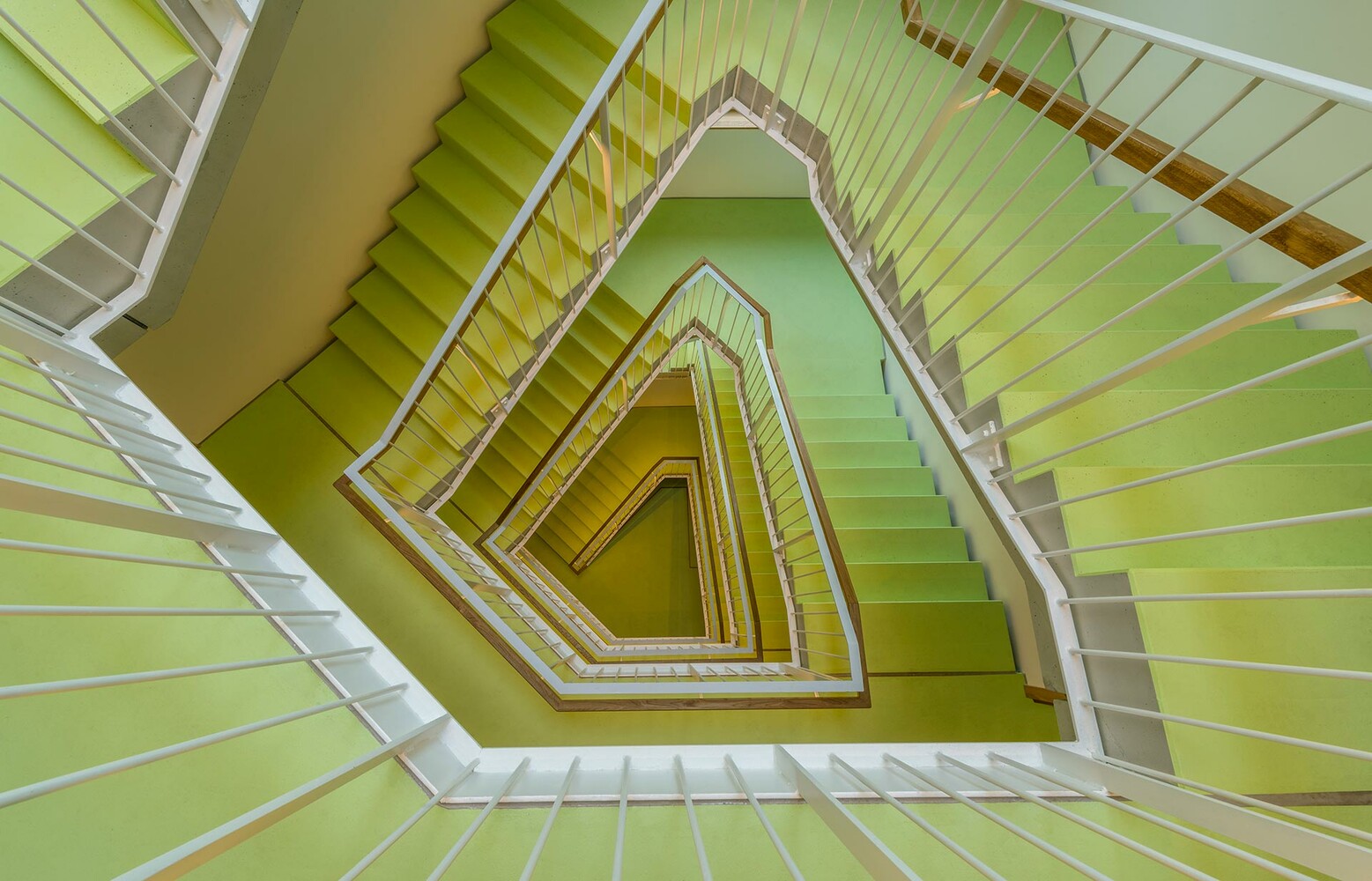 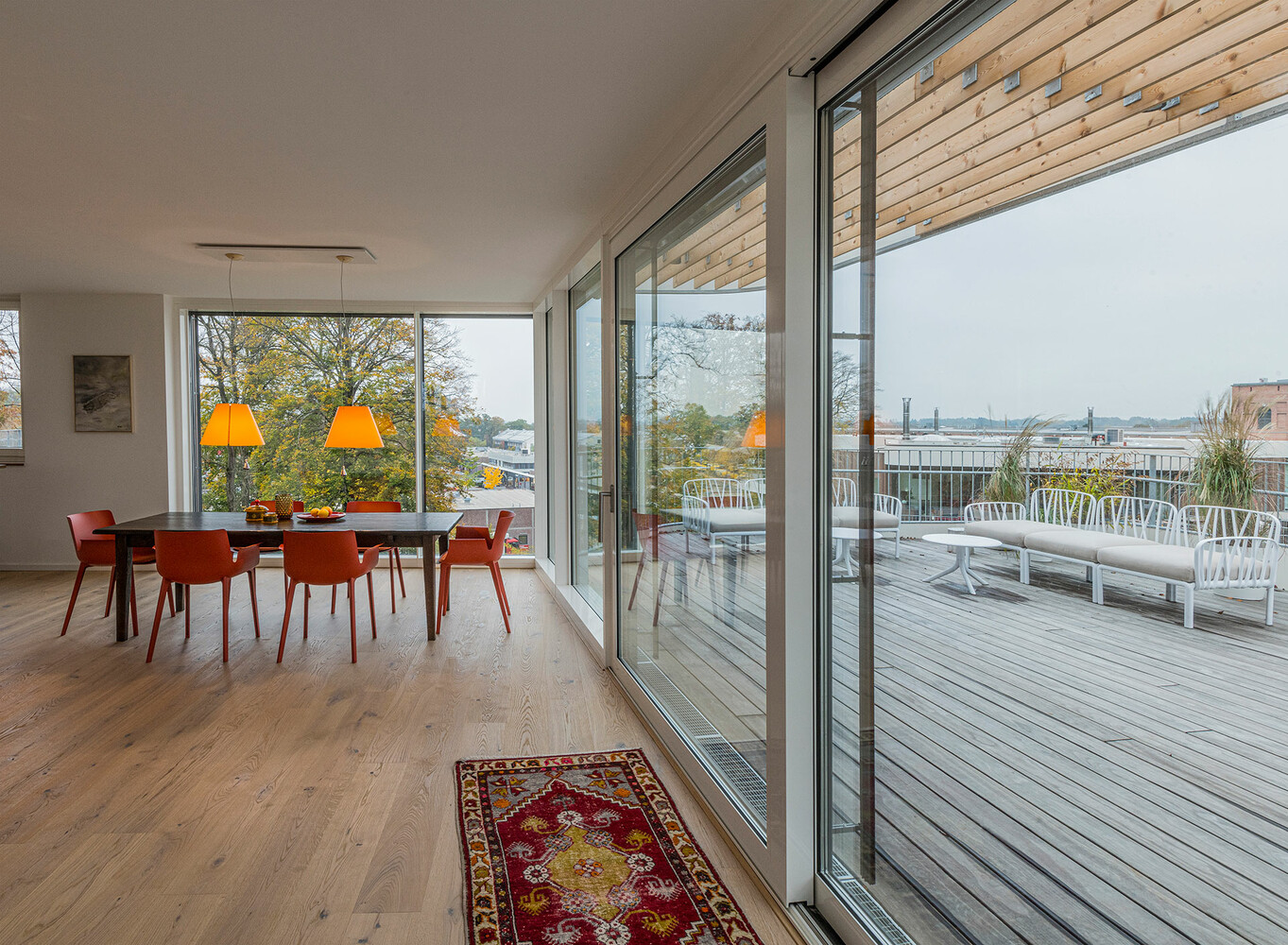 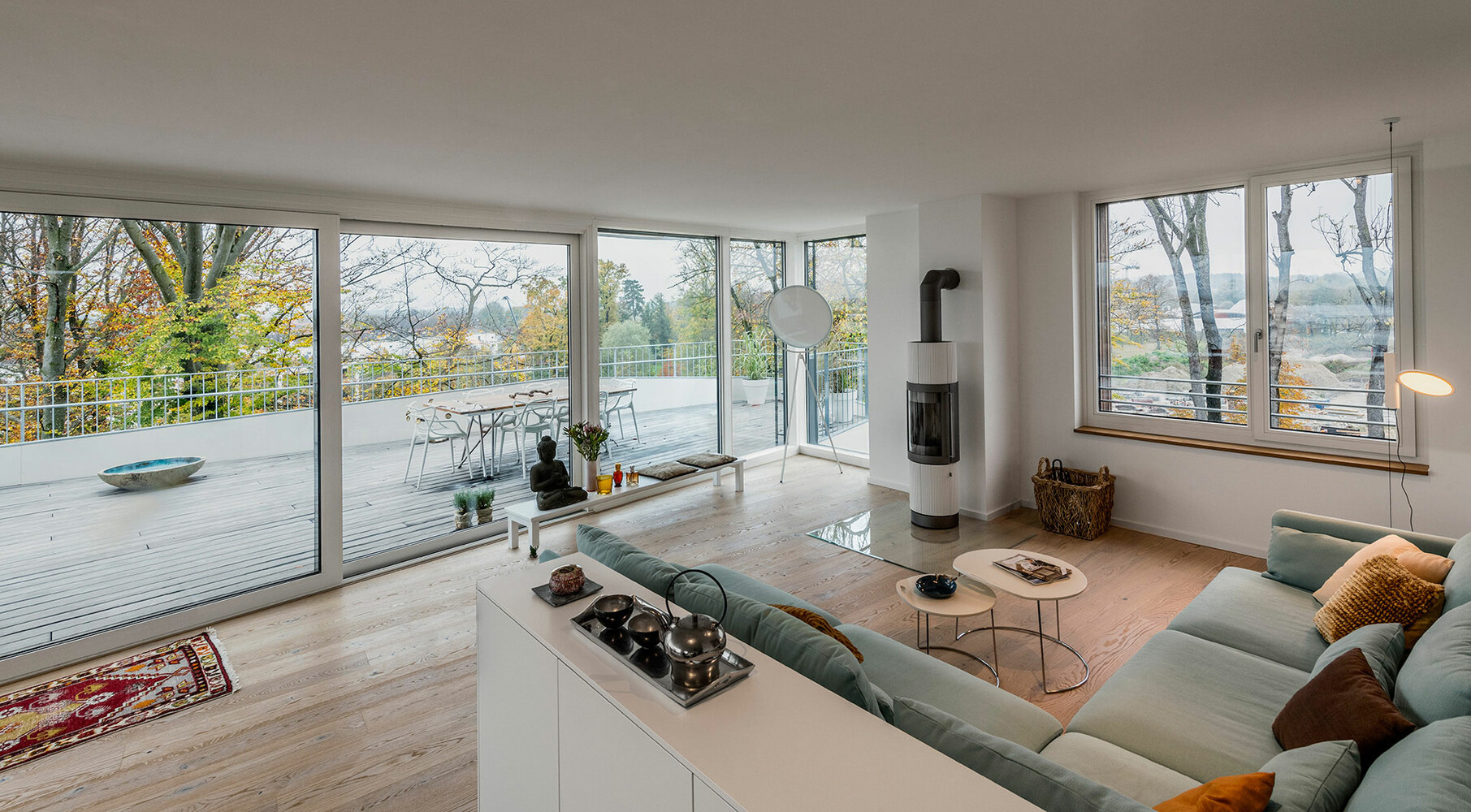 The listed buildings of the Alte Spinnerei (Old Spinnery) in the center of Kolbermoor have been transformed into a popular destination. The Spinnereipark which forms part of the historic ensemble north of the canal has been revitalized and upgraded. The area in the south is available to the public for recreational activities. In the northern part, an urban planning scheme was developed featuring two different building typologies for residential use: the five Y-houses and four Conradty-houses, as they are called. The buildings carefully insert themselves into the shifting topographic pattern of the park landscape which runs between the buildings, allowing the zoning of more private and more public spheres.

Designed as stand-alone buildings, the Y-houses take full advantage of their respective situation in the park. An important aspect when deciding on the location and orientation of each building was to protect as many of the existing trees in the park as possible; sight lines to the Alps, the park with its pond, the rope climbing net and Rose Garden were established. The five- to six-storied building volumes were developed from a solid core, which visually increasingly dissolve towards their far end and interlock with the surrounding landscape by virtue of randomly arranged balconies. Thanks to the Y-shape of the building foot print, every apartment benefits from natural light on three sides and its specific situation with respect to the surrounding trees, the sunlight exposure and views. As an extension of the floor space available for living, the balconies of each story project out differently from the building, fully respecting the specific floor plan of each apartment and as well as its exposure to sunlight.

Each arm of the Y-buildings, which are all accessed from the north, contains an apartment which is linked to the core while providing a maximum of flexibility. The north- and east-facing bedrooms benefit from indirect light, while the kitchen and studies are orientated towards the south and west, capturing the light during the day and of the evening sun. In terms of the number, size and precise position of individual rooms, the apartments were designed in keeping with the user’s wishes. At the extreme end of the Y-arm, the living room opens out with floor-to-ceiling glazing and a large balcony overlooking the park, creating the impression of being immersed in nature.

In the north, the four to five-storied Conradty-houses form the backbone of the ensemble towards the road and railway line. The facade which is punctuated by small perforations provides protection against the noise, with its playful and seemingly arbitrary configuration structuring the streetscape. To the park, the buildings open out southwards with generously glazed terraces and balconies which are staggered to different depths across the façade, creating a delicately articulated building volume and providing good integration into the parkscape.

The project will be completed over the course of 5 construction phases between the years 2017 and 2025.