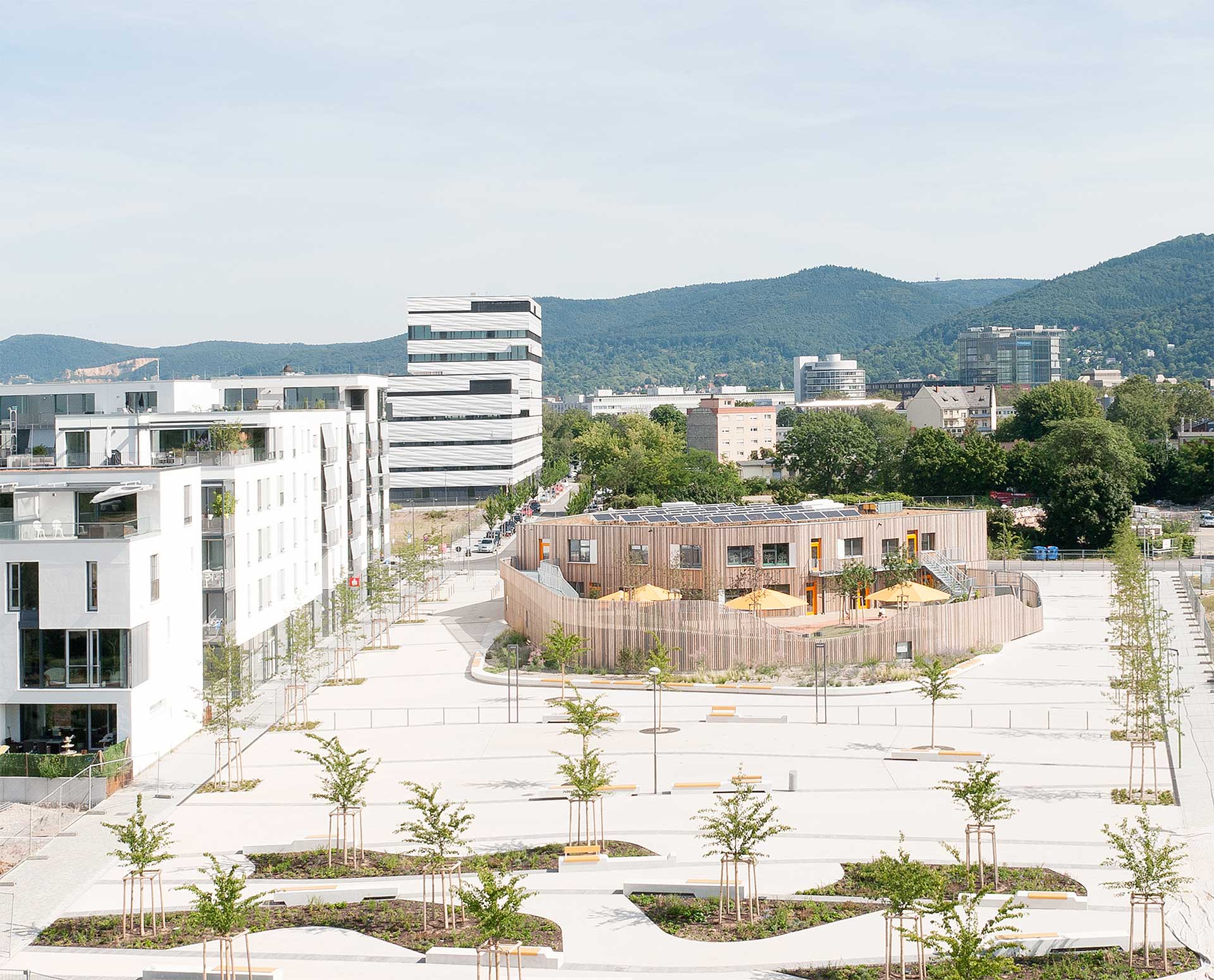 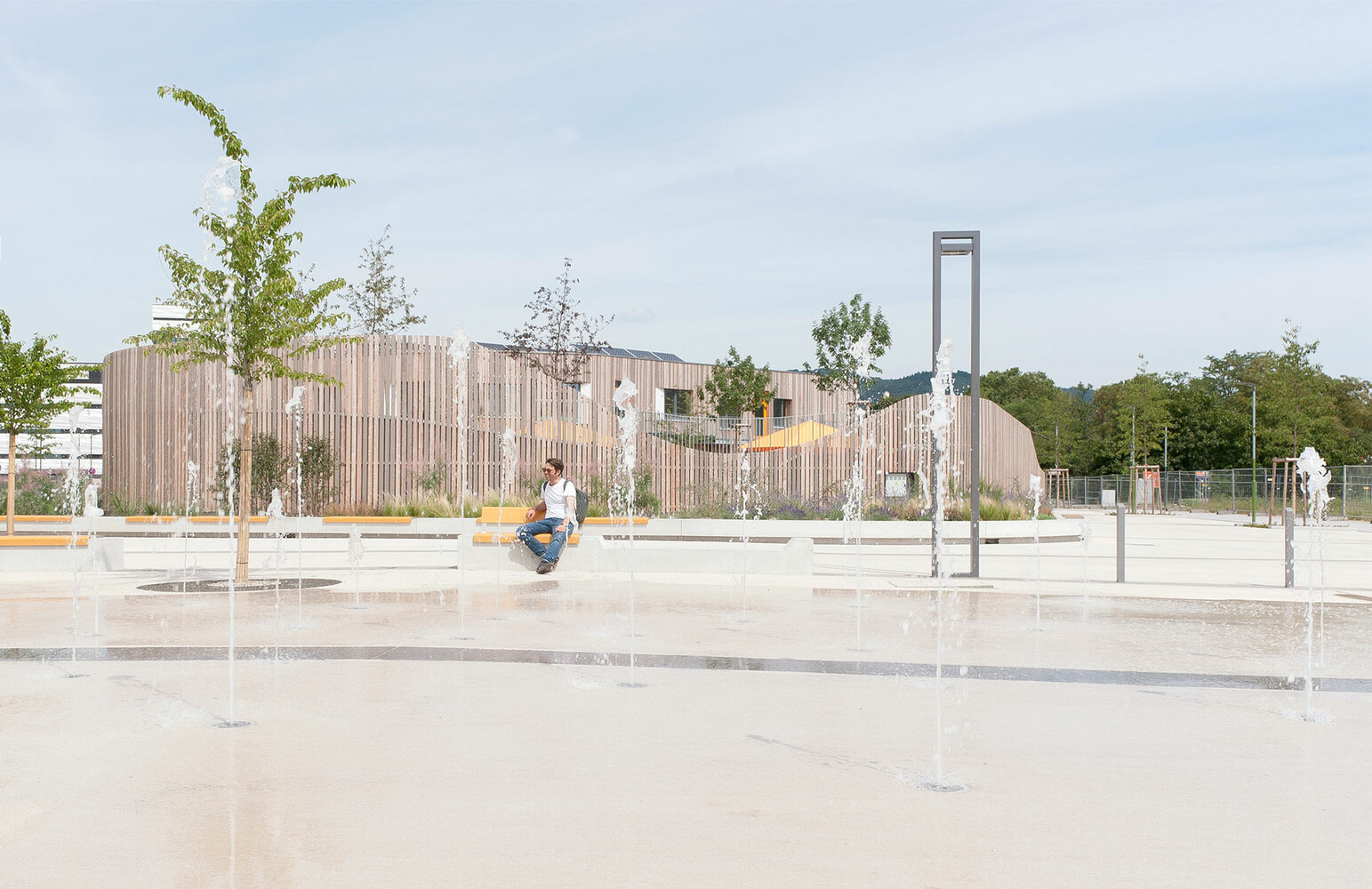 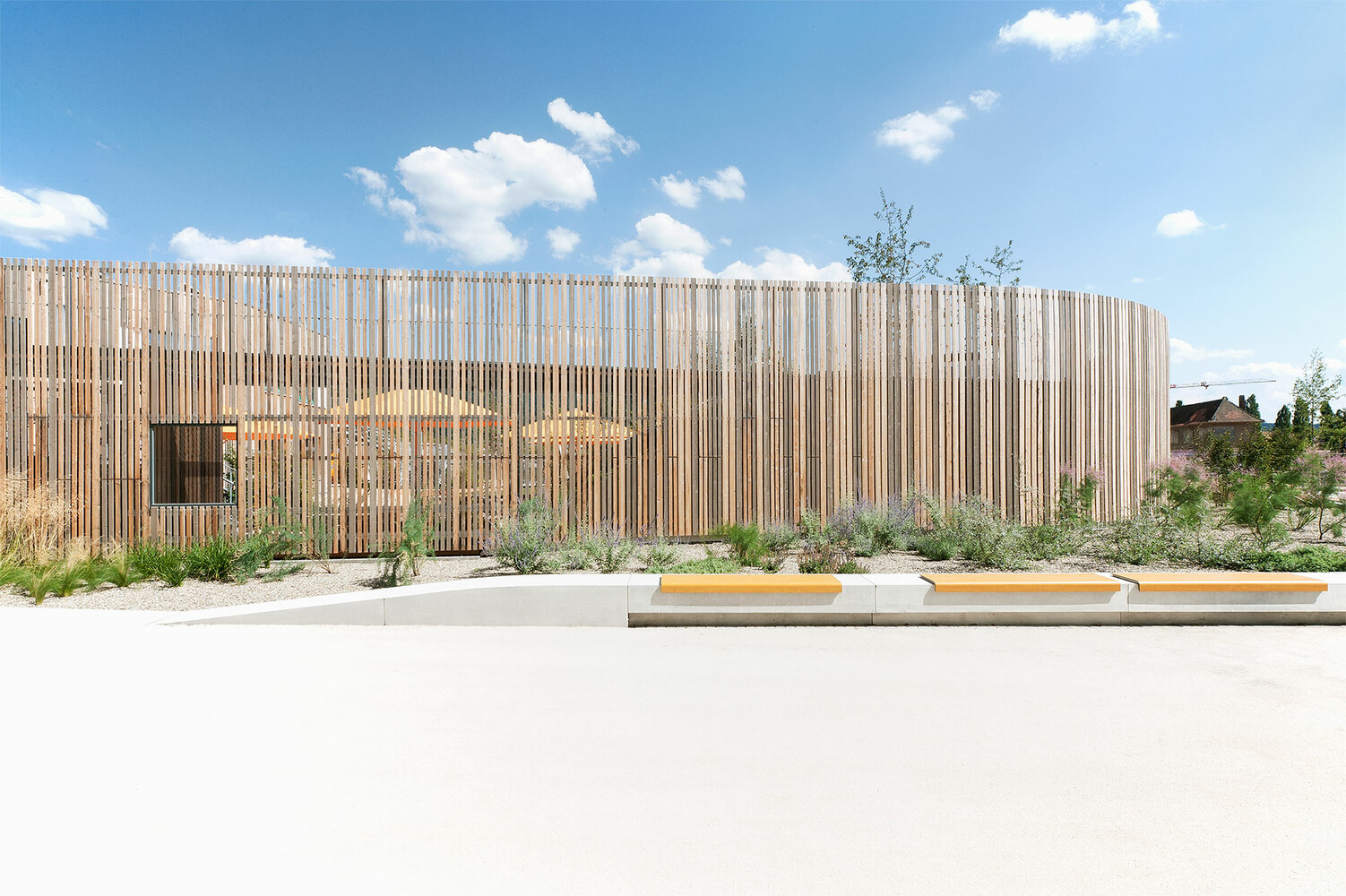 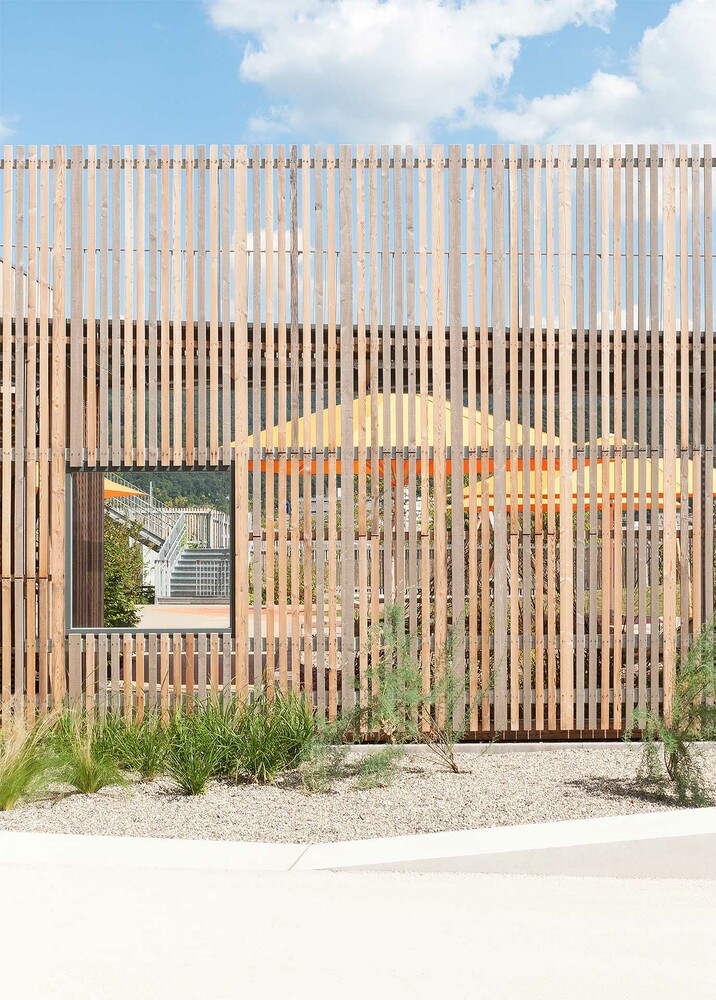 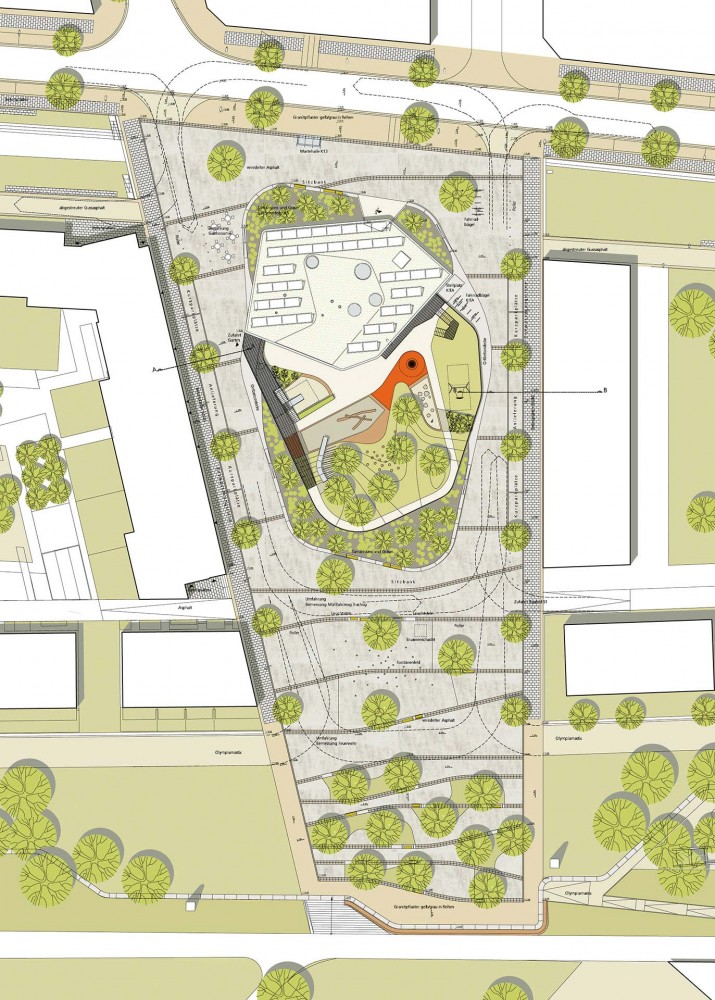 The city of Heidelberg has initiated the restructuring of a 116 ha site formerly occupied by the railway freight yard. This new city district, referred to as „Bahnstadt“, will provide space for commercial office use, social infrastructure, public space, and, above all, housing for 5,000 city inhabitants.

A public space called „Schwetzinger Terrasse“ is situated at the cross section between the city and the landscape. A slim, wedge-shaped element linking several outdoor areas, this urban plaza hosts a variety of functions. It is the forecourt for a children’s day-care centre, and it has become a public „Salon“ of the new „Bahnstadt“ where residents and workers can gather, socialize, or attend events like the annual Bahnstadt festival. Together with the private external space of the day-care centre, the public space of the Schwetzinger Terrasse forms a stimulating dialogue.

The design of Schwetzinger Terrasse seems to suit opposing objectives. On one hand, it is supposed to integrate itself seamlessly into the larger outdoor concept of the Bahnstadt. On the other hand, it is also intended to be a bold, iconic element that emphasizes the central role it is intended to play within this urban context. This dichotomy is achieved through the selection of materials. At the perimeter of the public space, some elements and materials used are also found in other areas of the Bahnstadt. They serve to establish a link between Schwetzinger Terrasse and its surrounding urban context. In contrast, the expansive internal area of the site adopts its own individual architectural language, one that makes use of different and distinctive materials.

The children’s daycare centre is located on the northern part of the site, its placing reminiscent of a small island. A buffer zone is established between the public space and the more protected, intimate area behind the timber facade of the building and the garden enclosure through the use of landscaping. The central area is designed as a largely open surface that is enlivened by water fountains accompanied by trees and benches.

A „city balcony“ marks the southern end of the plaza. Here, a group of cherry trees provides the benches with adequate shade. It is both a well-shaded, fragrant space and also a functional transitional zone.