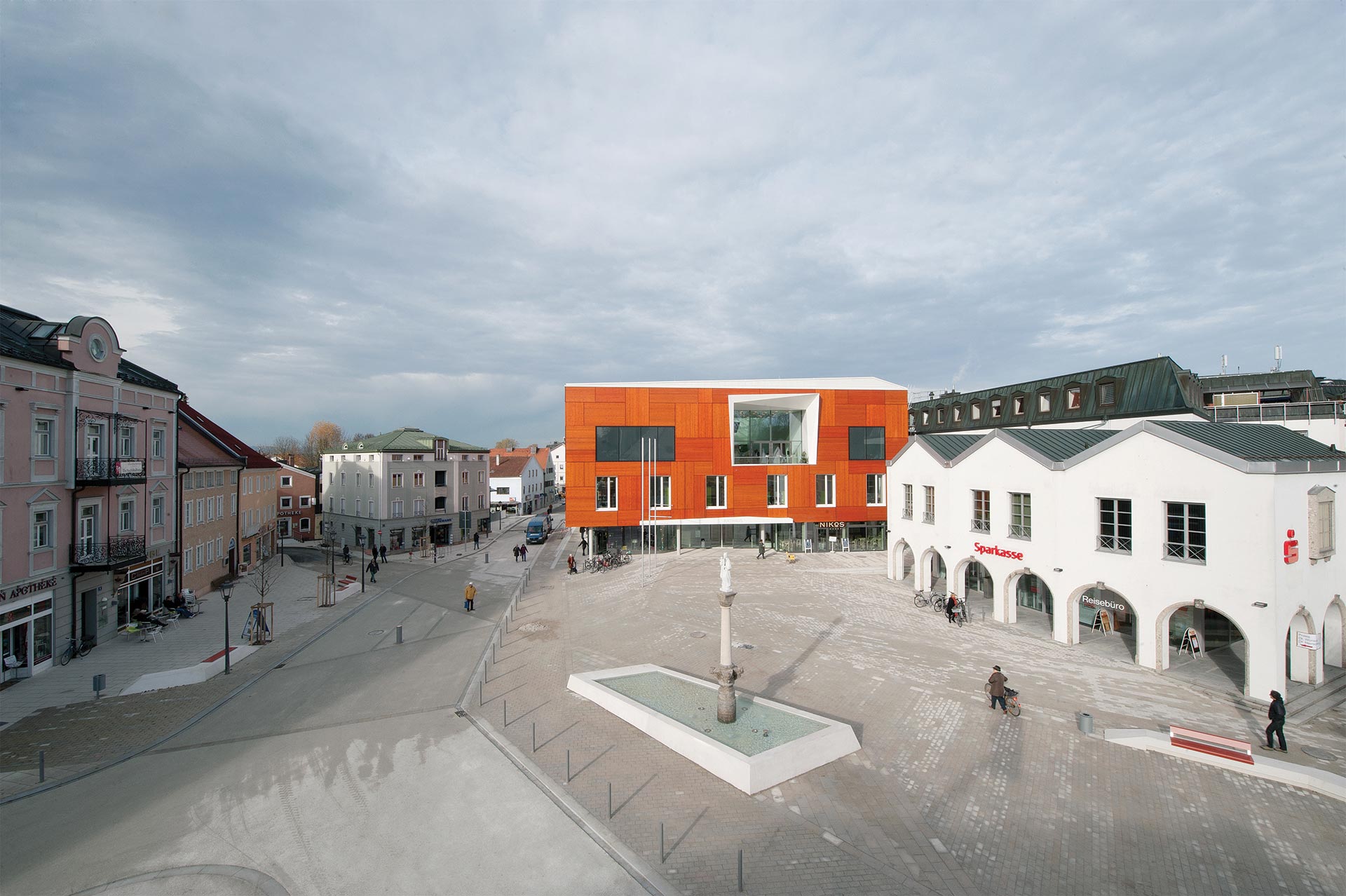 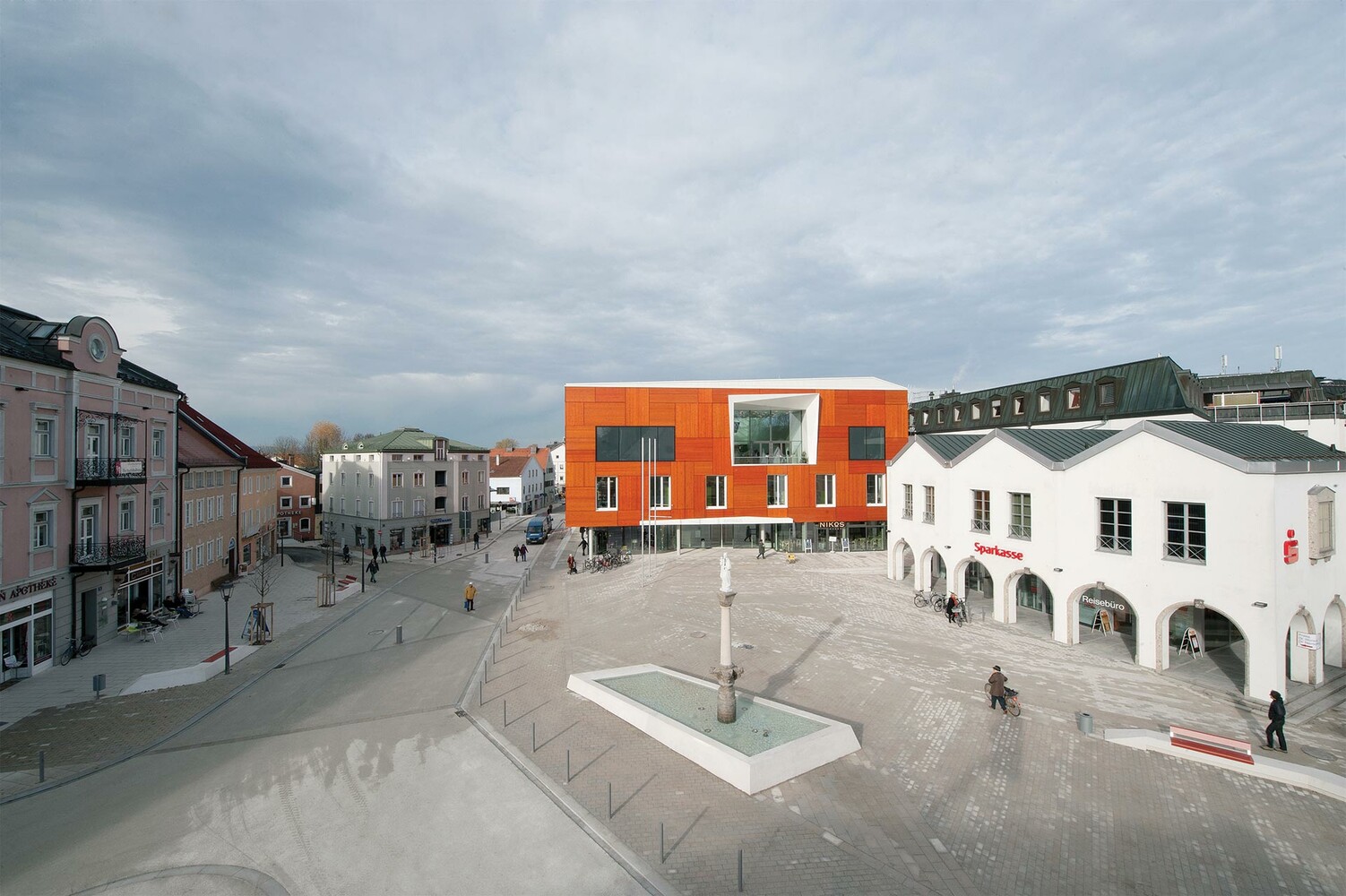 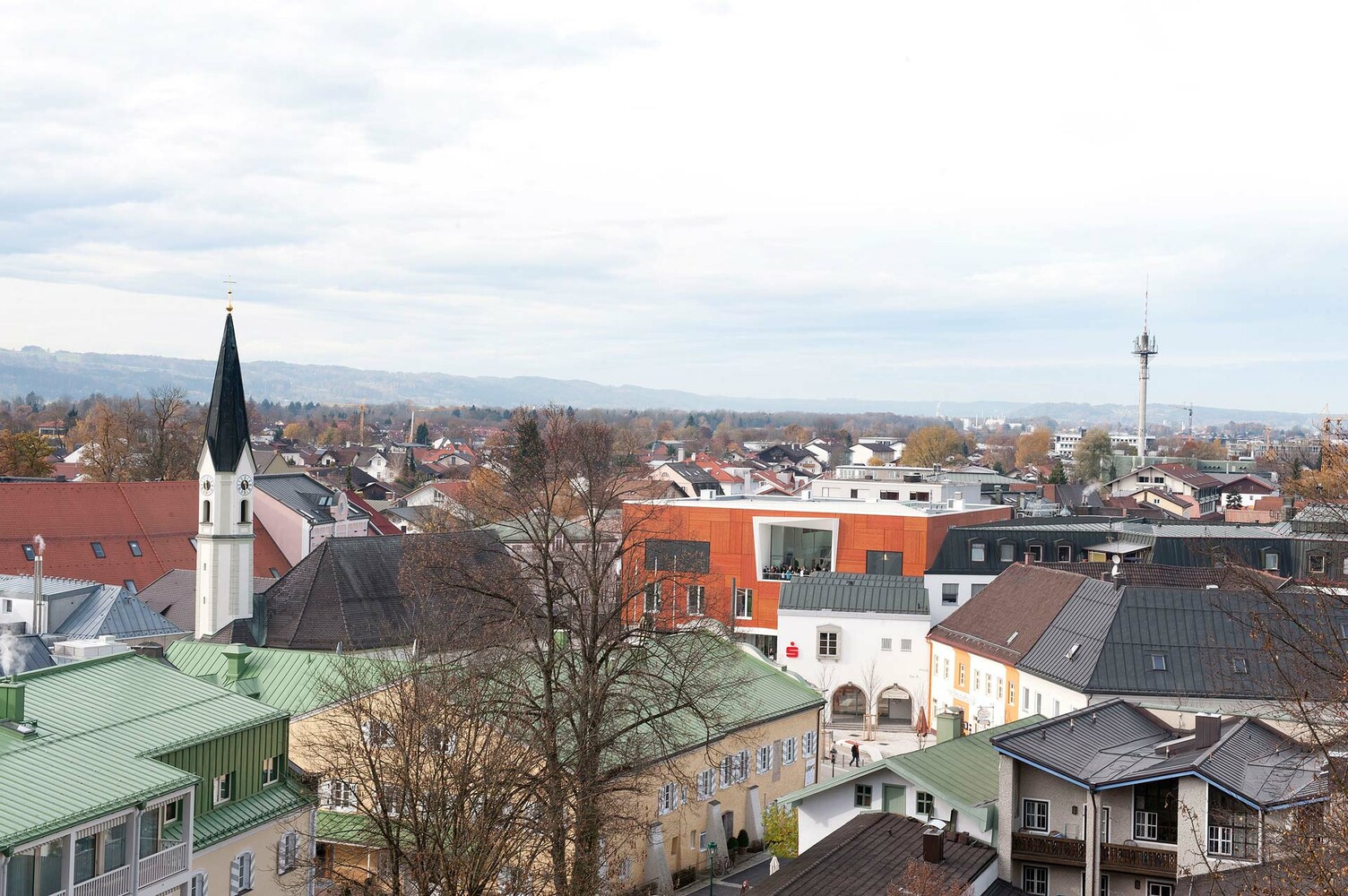 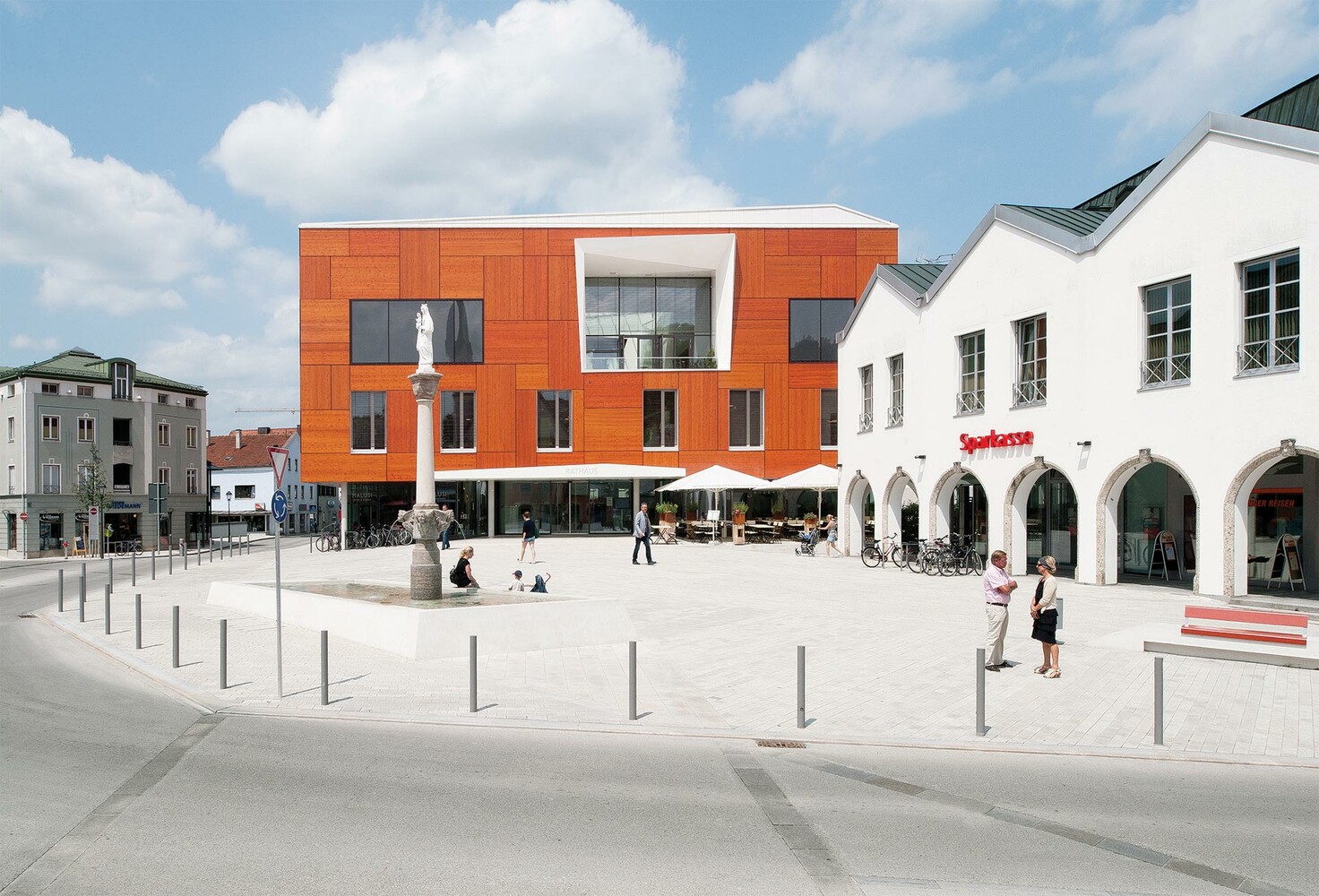 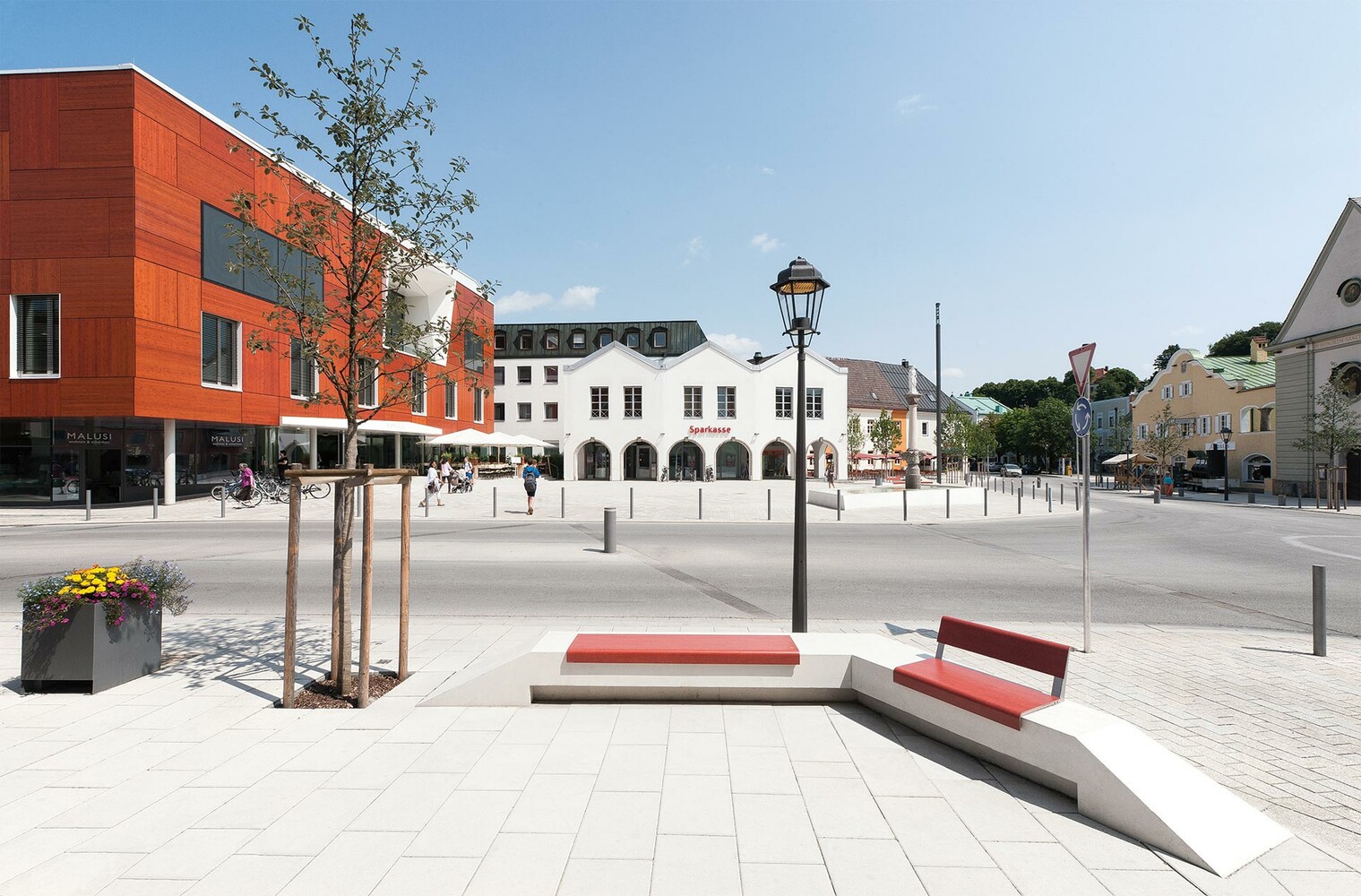 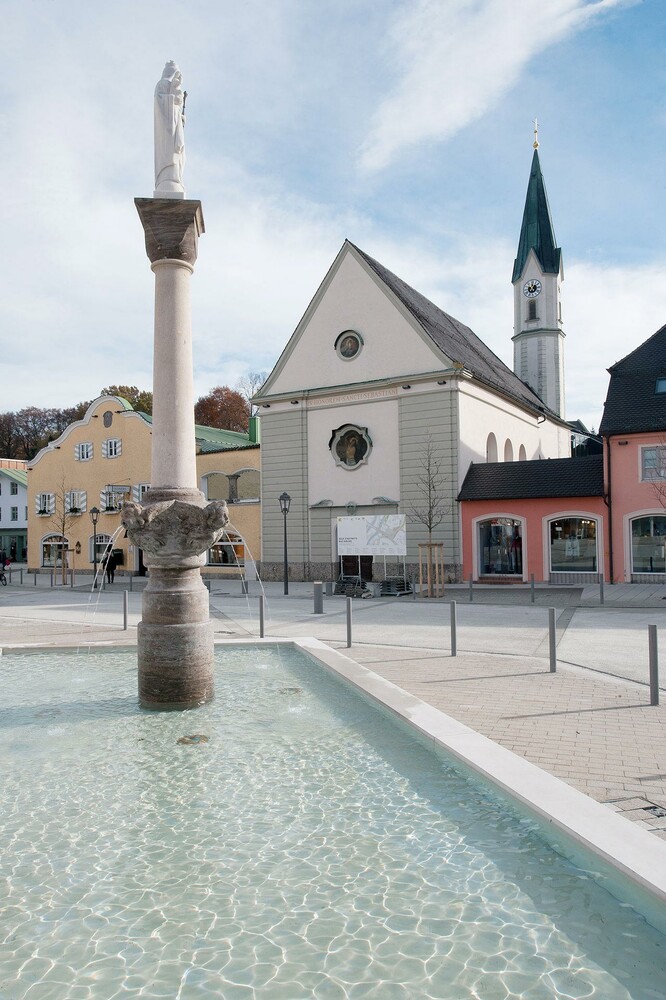 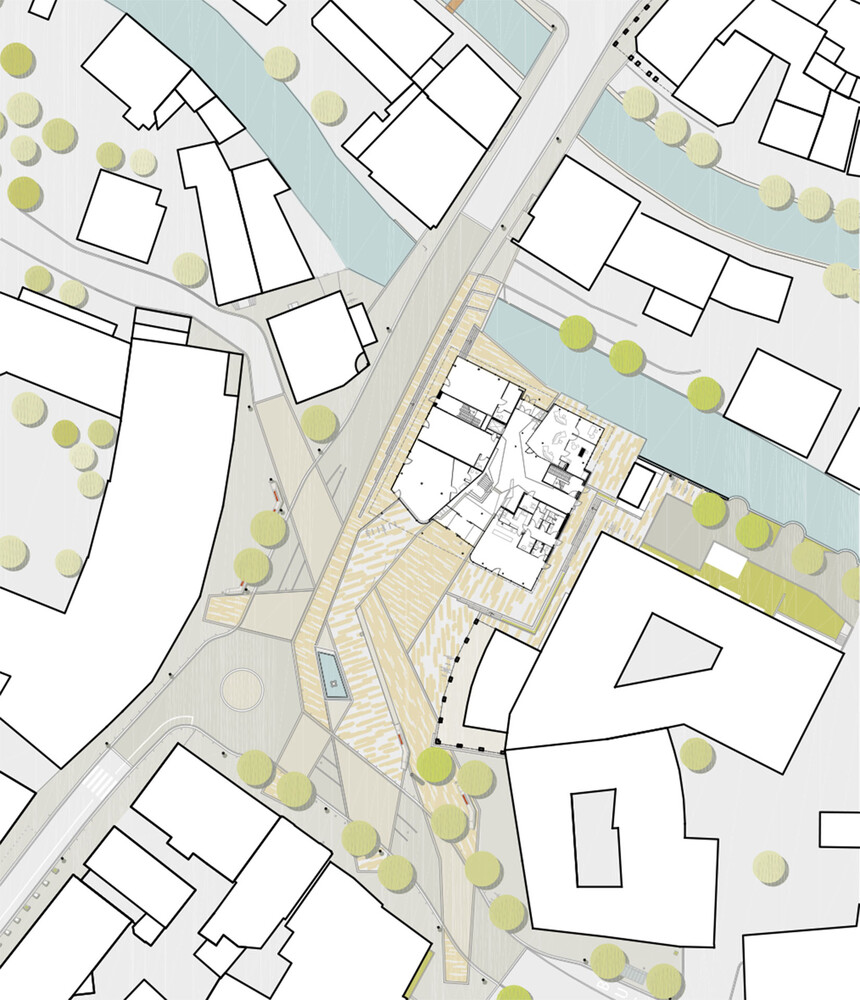 In addition to planning the new town hall for Bad Aibling and its immediate surroundings, Behnisch Architekten were commissioned with the re-design of “Marienplatz” in Bad Aibling’s city centre. Marienplatz is a plaza flanked by public, retail, and hotel buildings. It is here that the two main boulevards of the town intersect.

Beyond planning the plaza, the scope for the project also included developing a new traffic concept, a new light concept, and several proposals for the renovation of the existing bridges traversing the two rivers running through the town. In order to achieve a holistic concept that would bring all of these various components together, a close collaboration with the planning specialists was essential.

The concept for the new town hall is based on the idea that the new building should be perceived as part of the public realm. With this in mind, the visual relation between the building and the plaza needed to be strengthened. This is mainly achieved by the use of a homogeneous floor finish, one which extended all the way into the building. Since the existing cellar on-site (the last remnant of the old townhouse that once stood here) had different heights, the entrances to the new townhouse has different levels. As a result, the plaza was landscaped accordingly.

Various types of circulation traverse the central plaza. Following the concept of a “shared space”, all of these modes of traffic were treated equally in the design. The pavement portrays the pattern of movement, giving the plaza a distinct appearance.