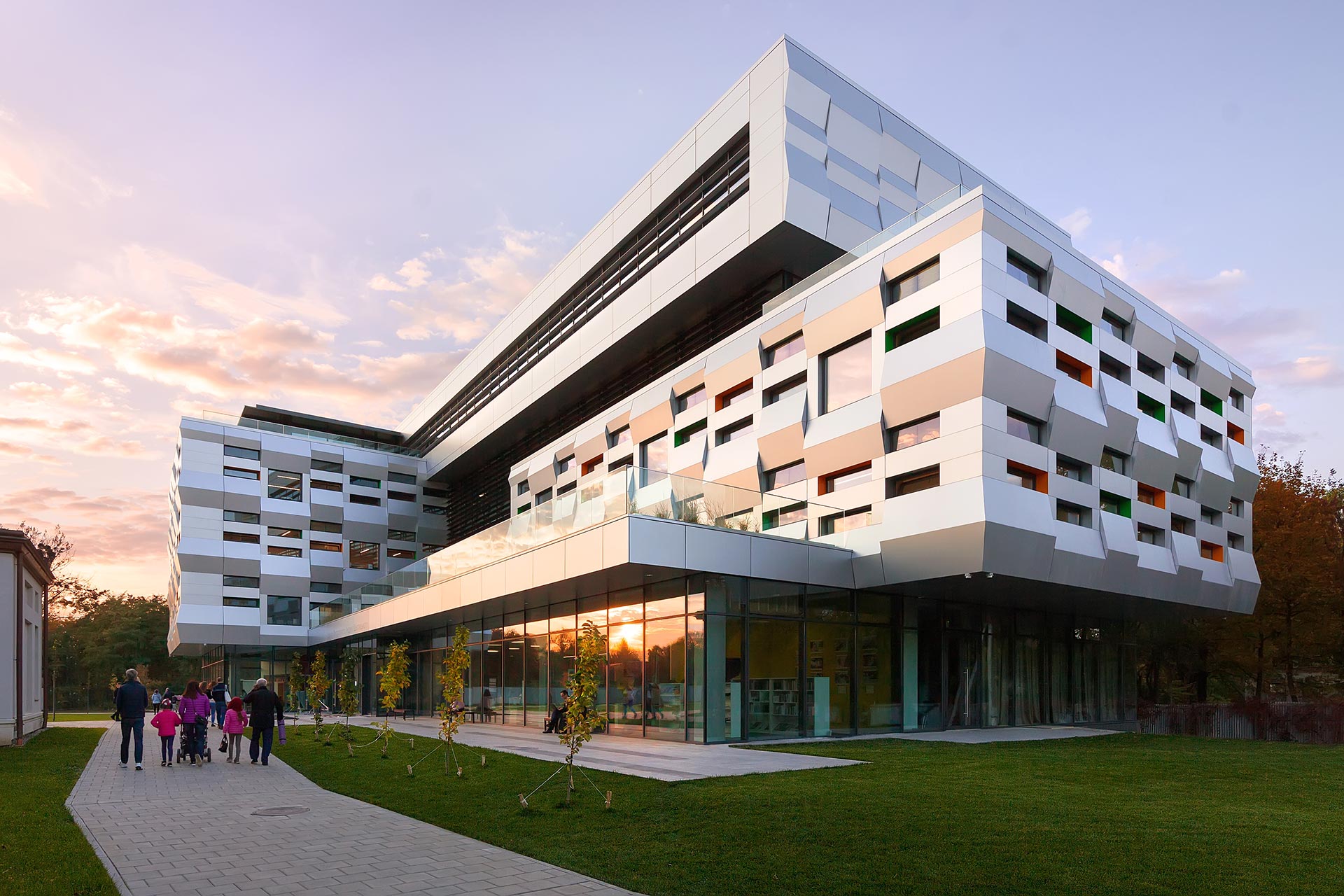 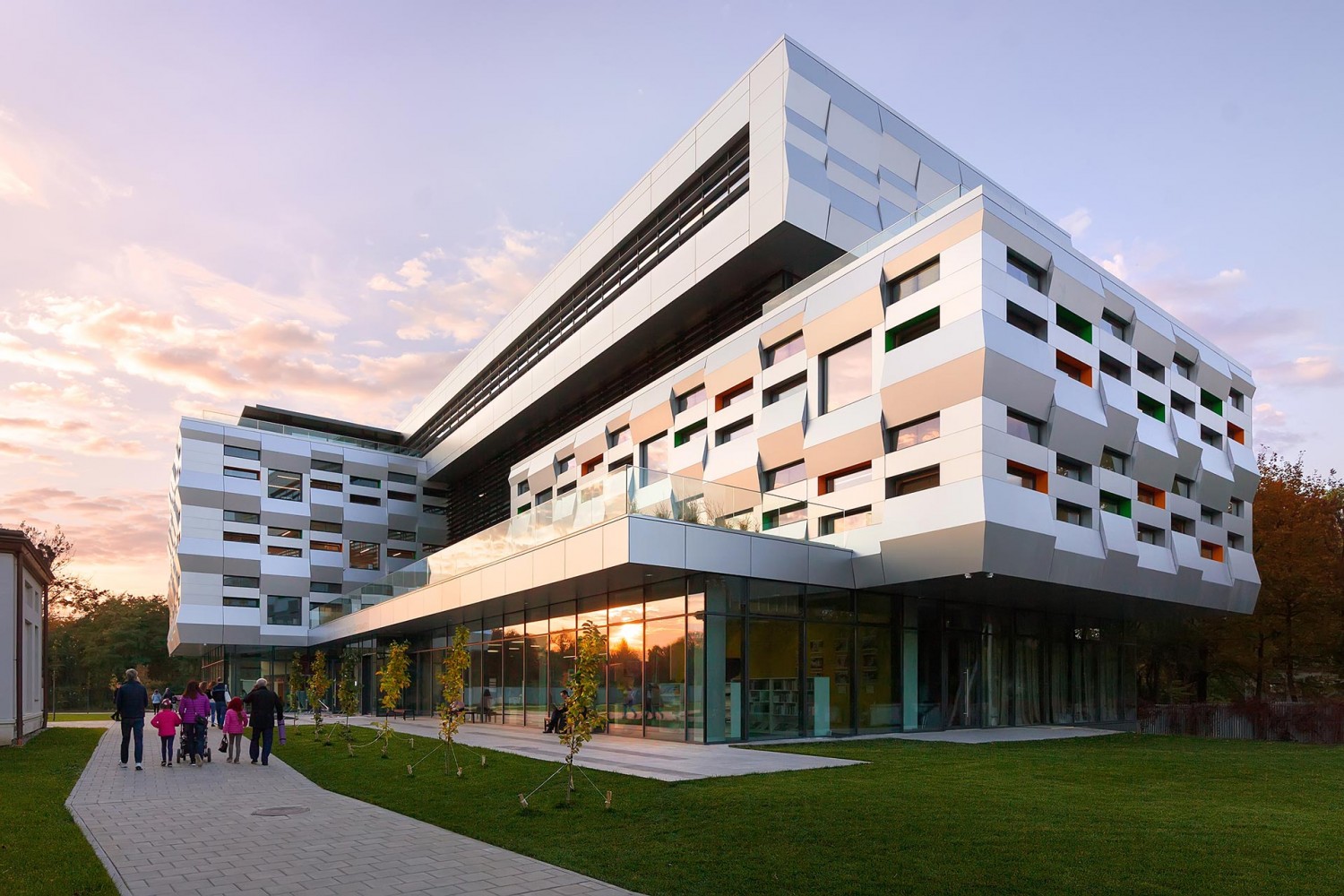 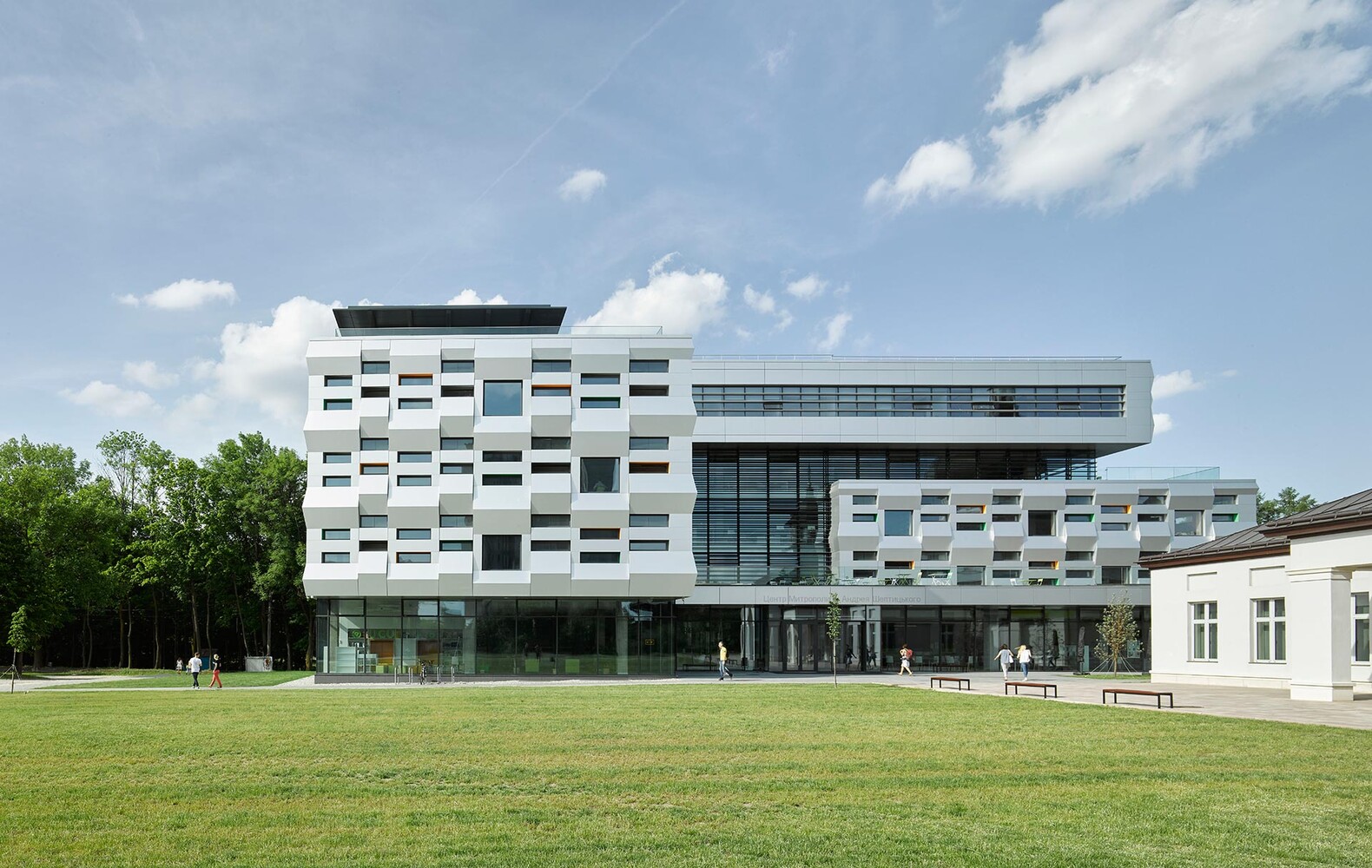 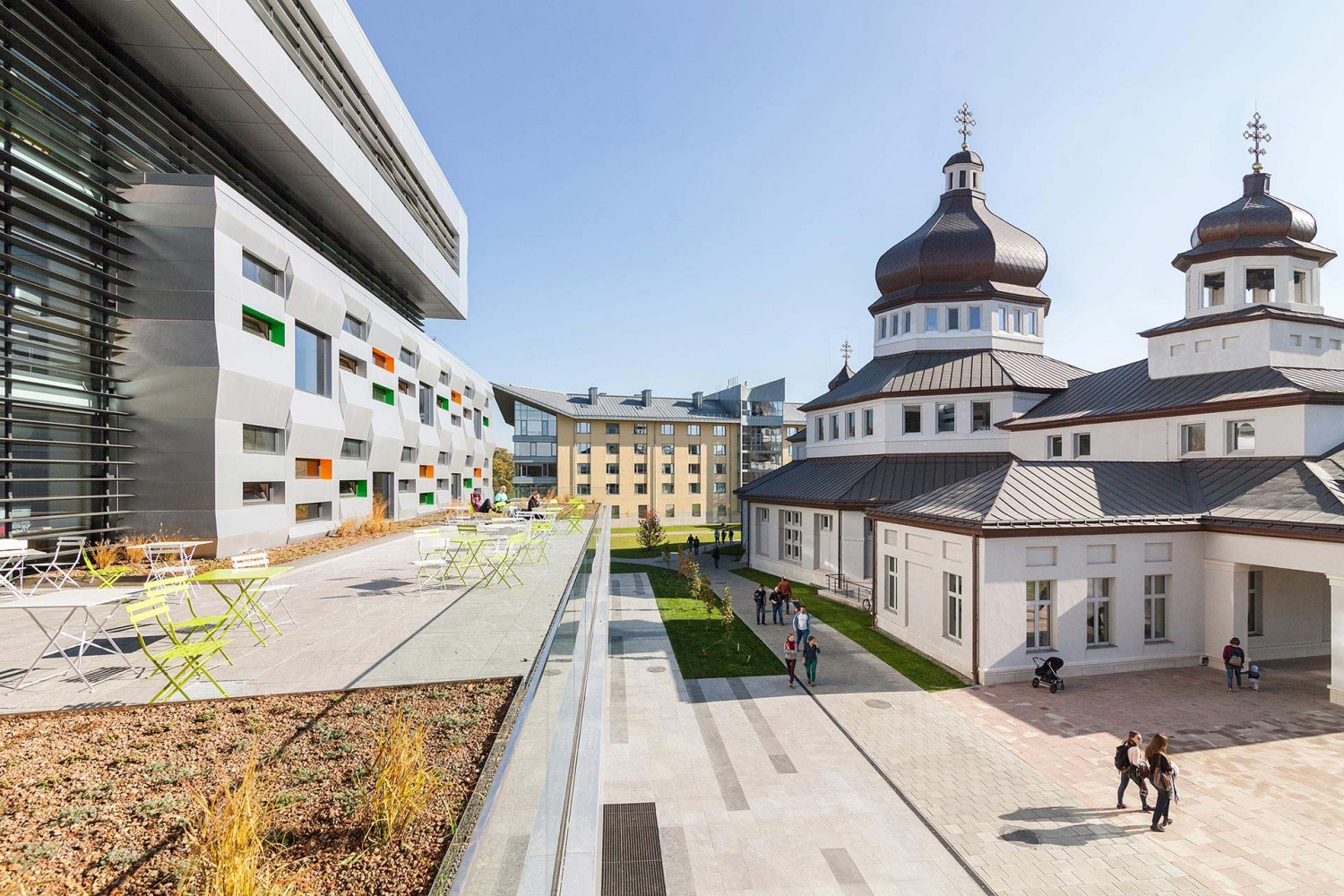 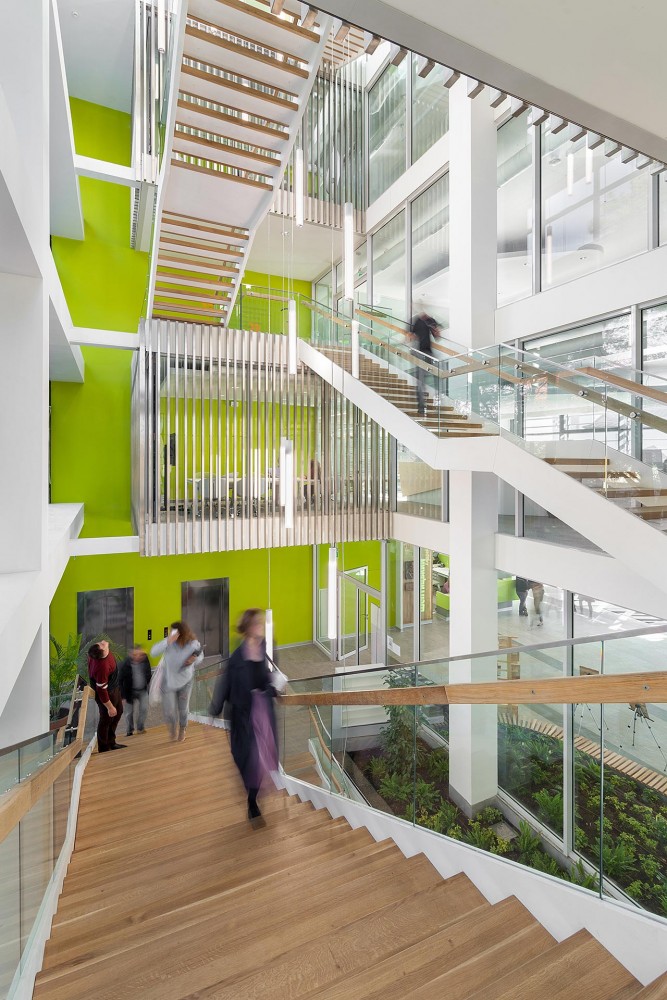 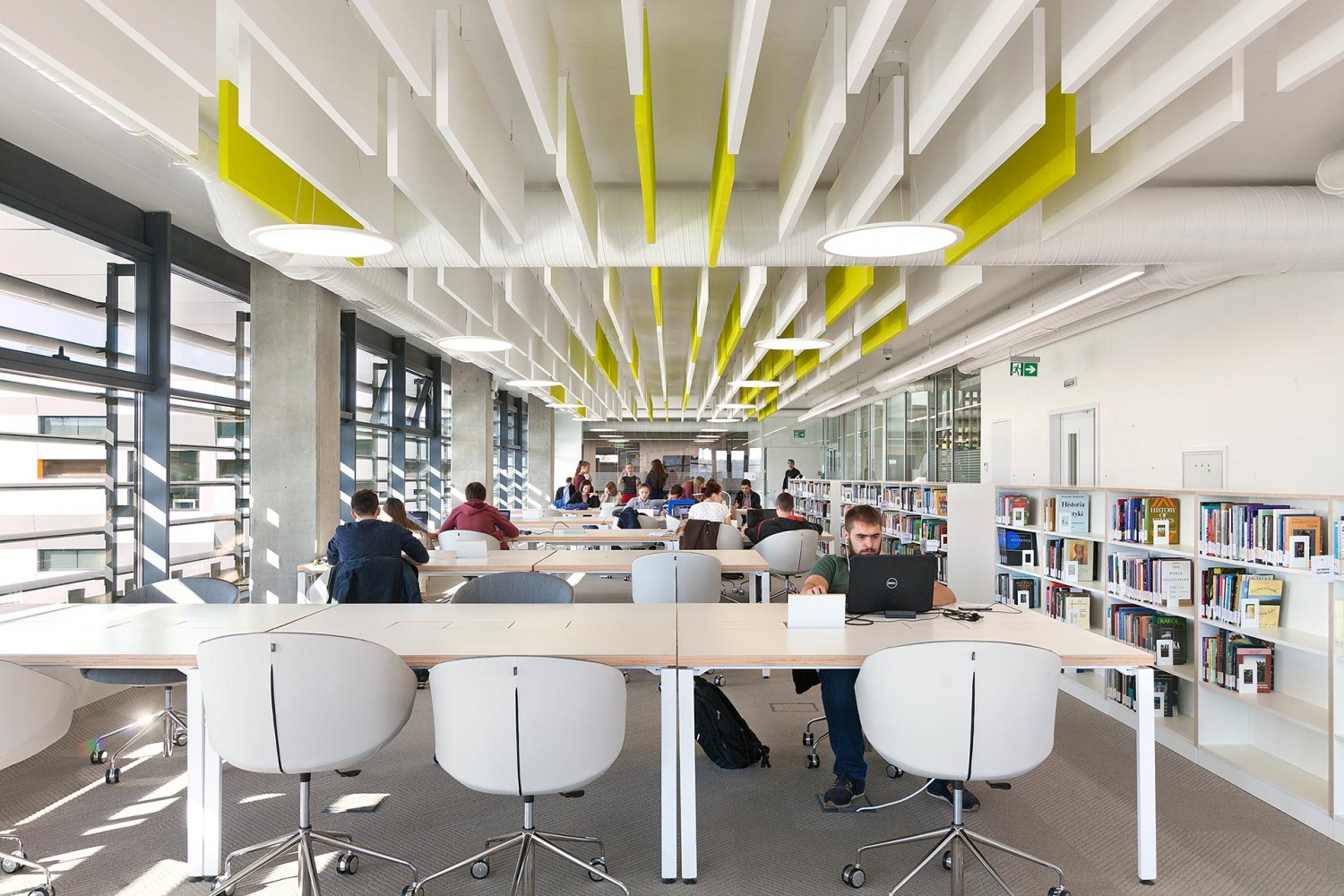 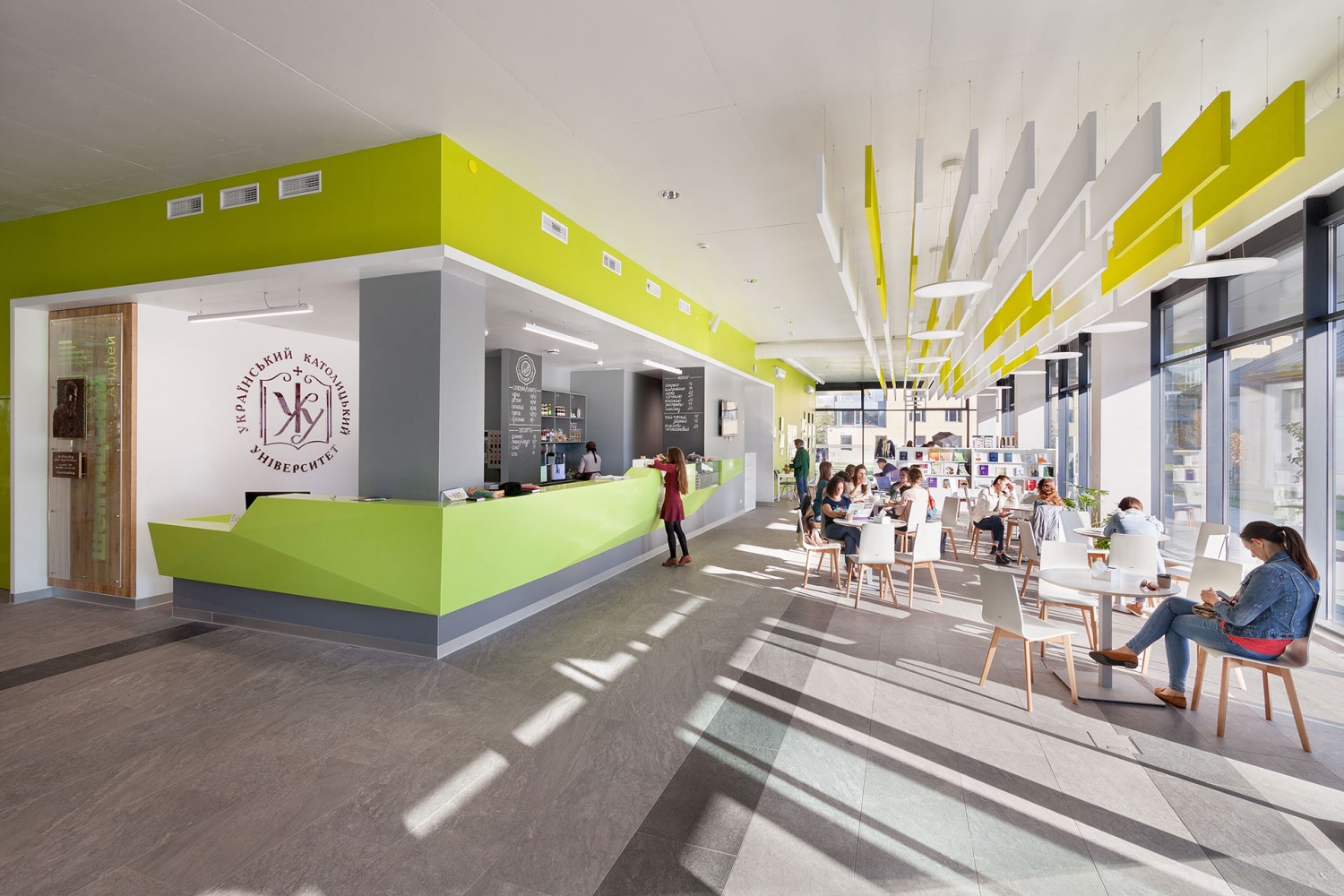 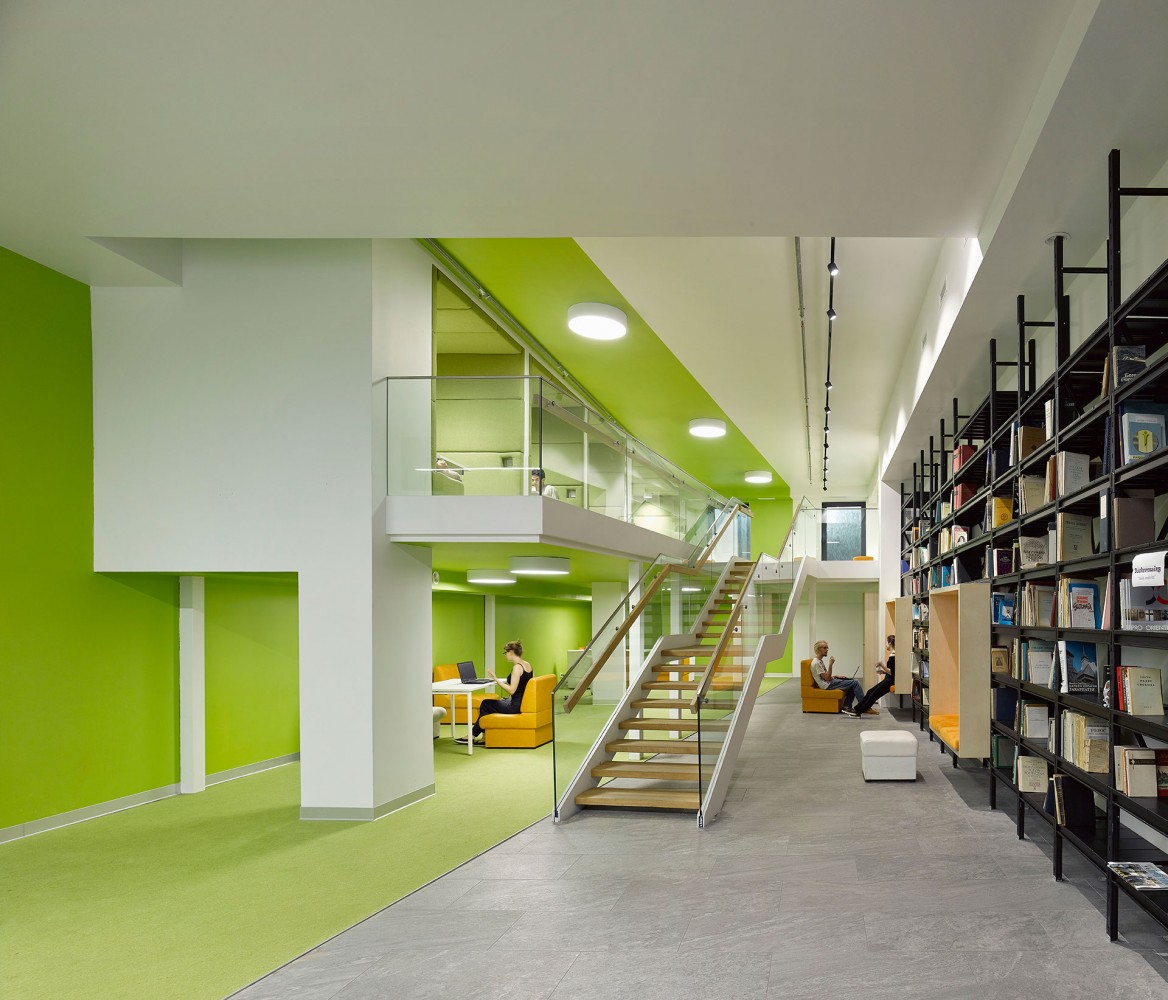 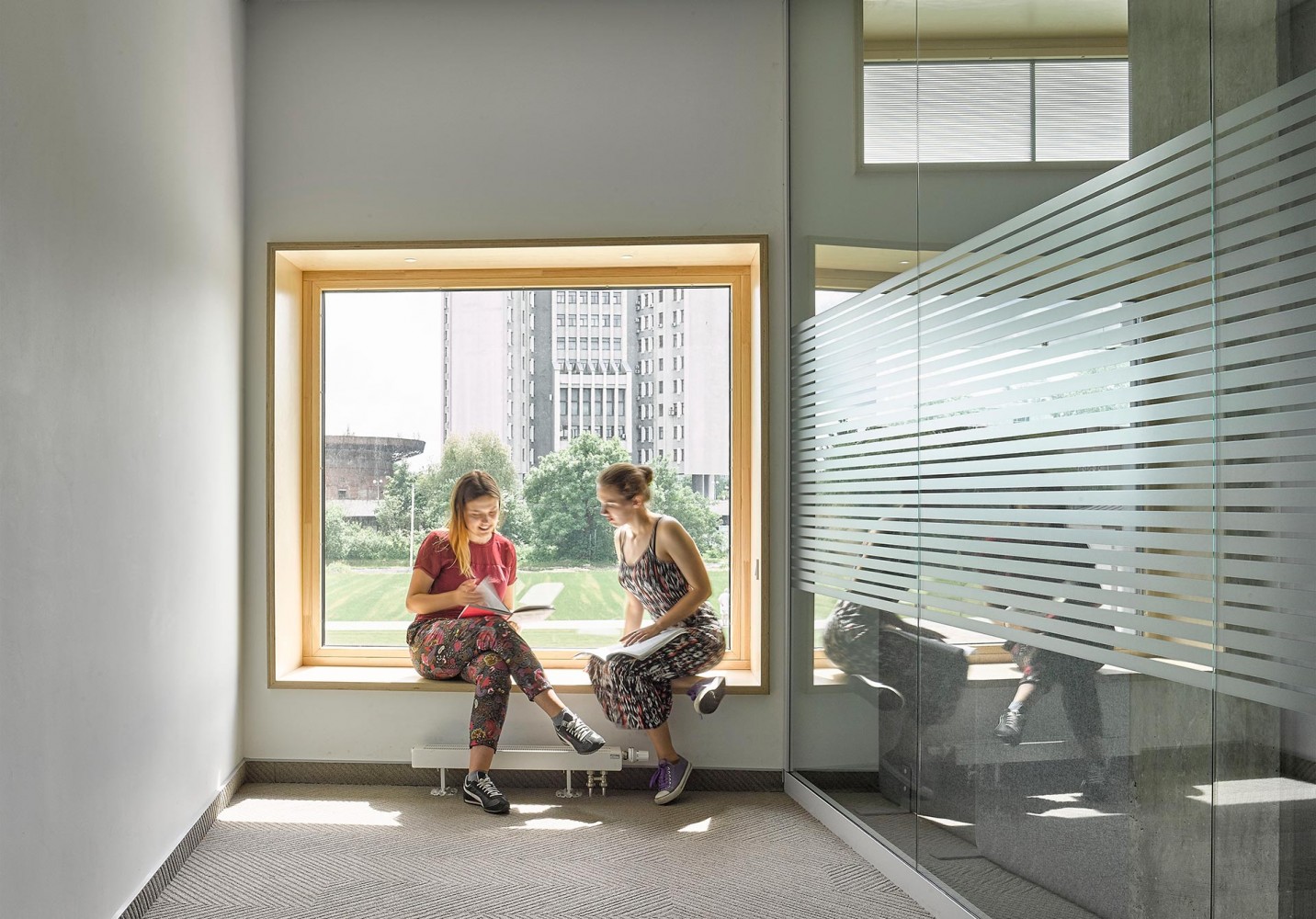 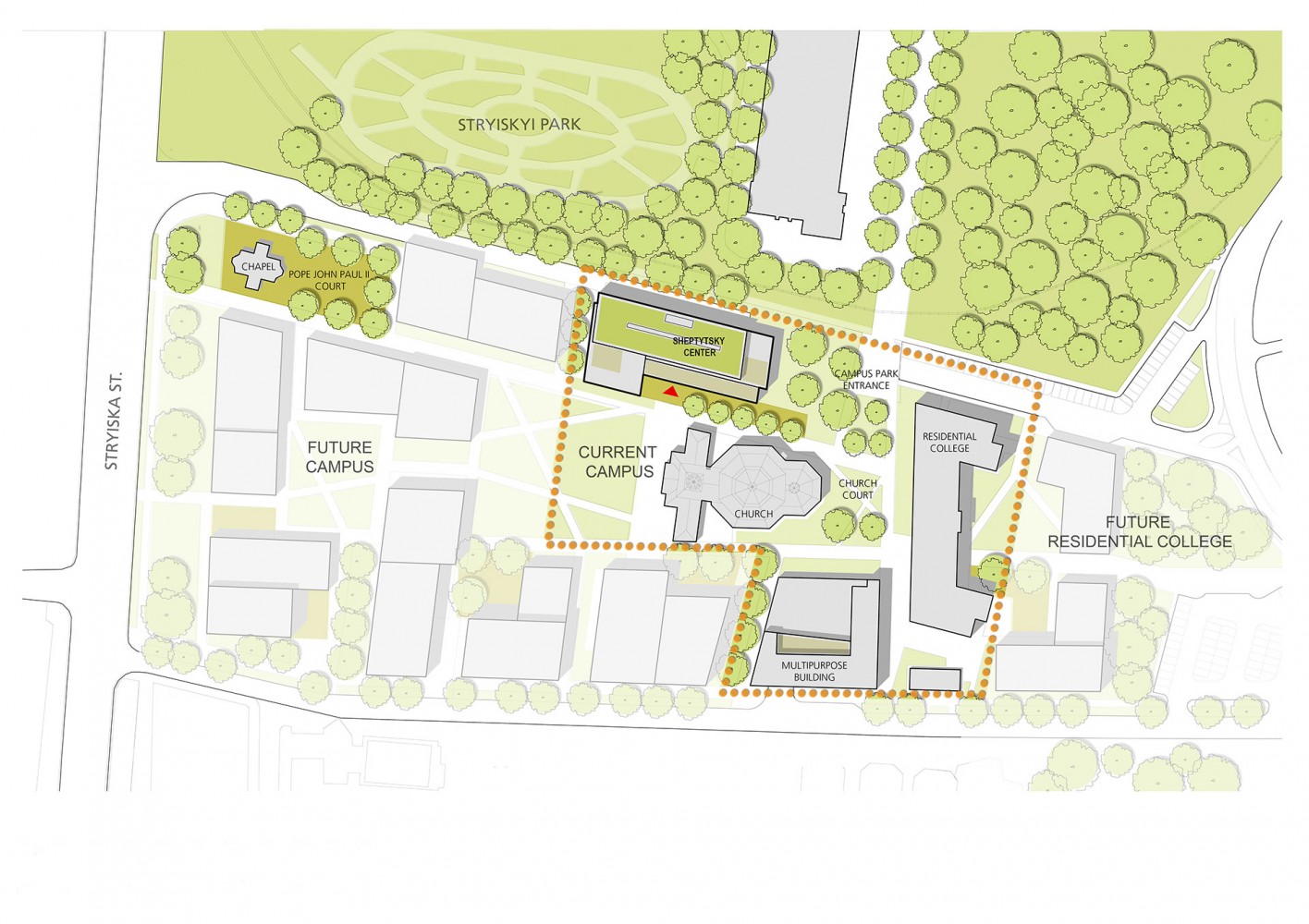 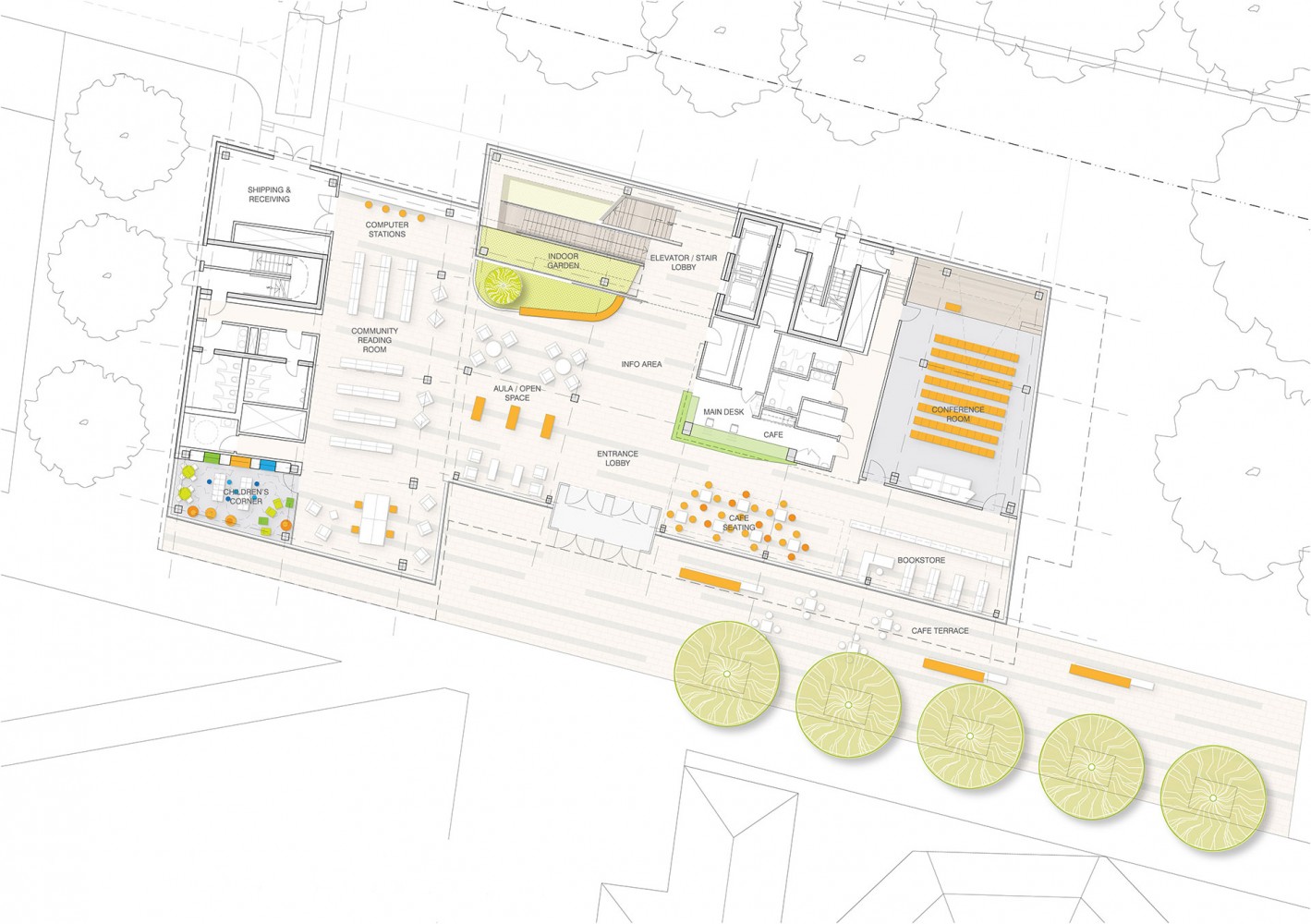 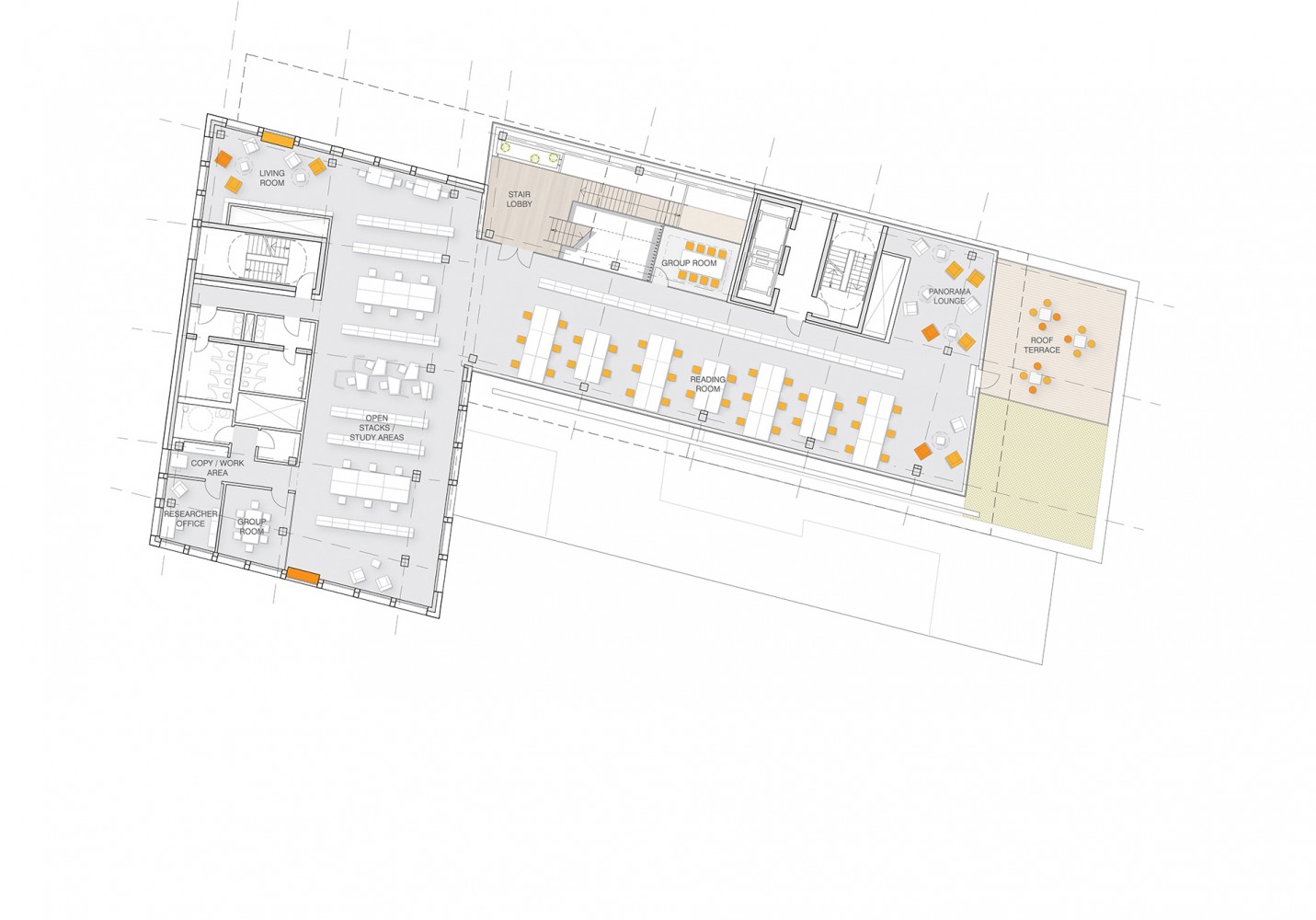 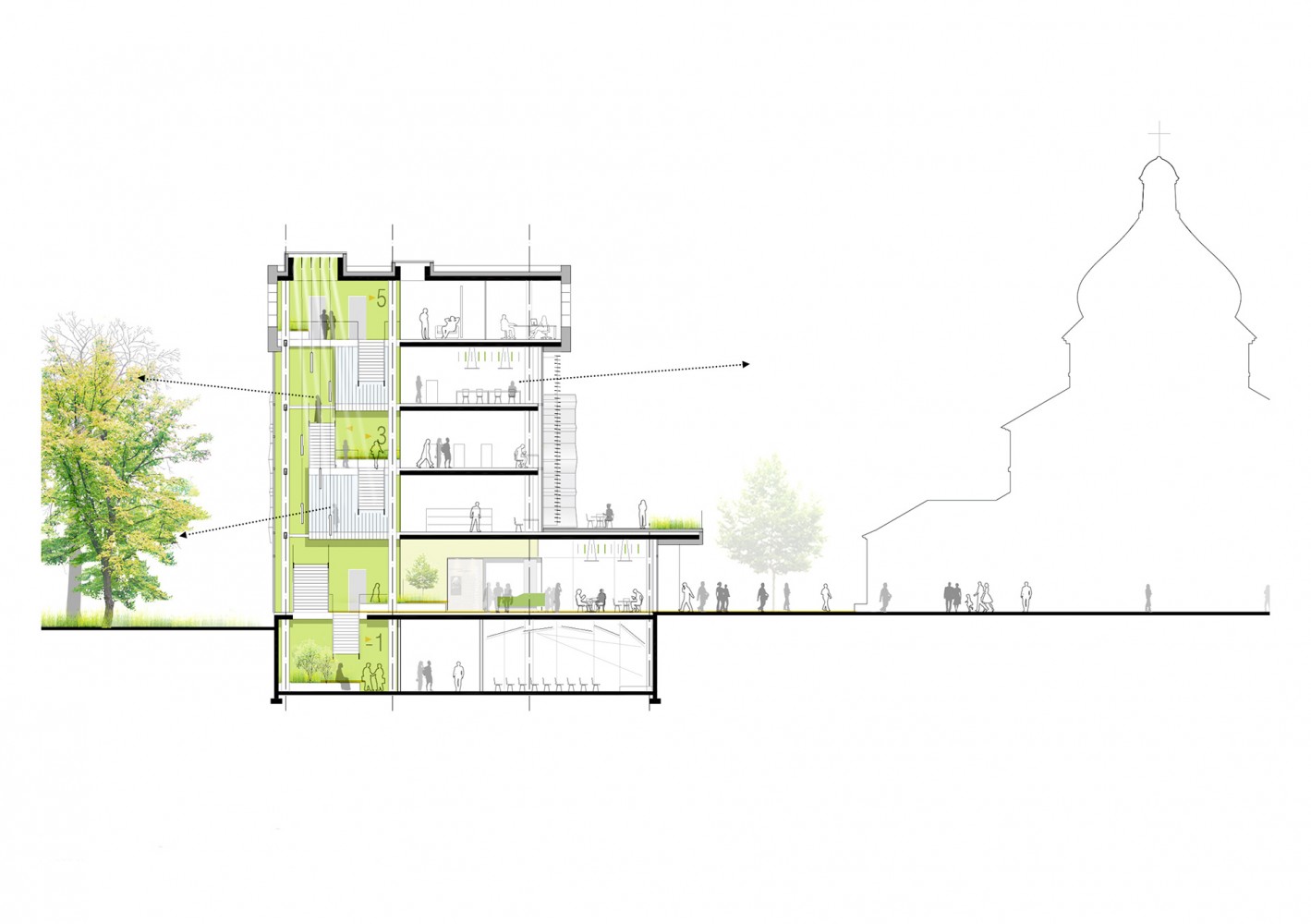 The Ukrainian Catholic University (UCU), located in Lviv, is the first Catholic university to be opened in the former Soviet Union, with a mission to provide an open, progressive and democratic learning environment for its students and the surrounding community. The UCU has various goals. It wants to make the university accessible to the public and at the same time serve as a role model for higher education in post-soviet Ukraine, a private university accessible to the public.

The university is currently building a new campus. At the heart of this campus is the Metropolitan Sheptytsky Information Research Center, the first building of its type built in post-Soviet Ukraine. It includes a library for the humanities, academic and research spaces, and public spaces that serve the community.

From an architectural point of view, the term openness plays a major role in the design of the building. This concept is reflected in the barrier-free ground floor of the building. The reading, exhibition and conference areas as well as a café and the university bookshop are located here. The upper levels of the building are more academic in nature, with a predominantly open-stack collection, various reading spaces, quiet study zones and group work rooms. Both the public and academic portions of the building are flexible spaces organized around a vertical atrium space that always affords views out to the beautiful Stryiskyi Park located adjacent to the campus.