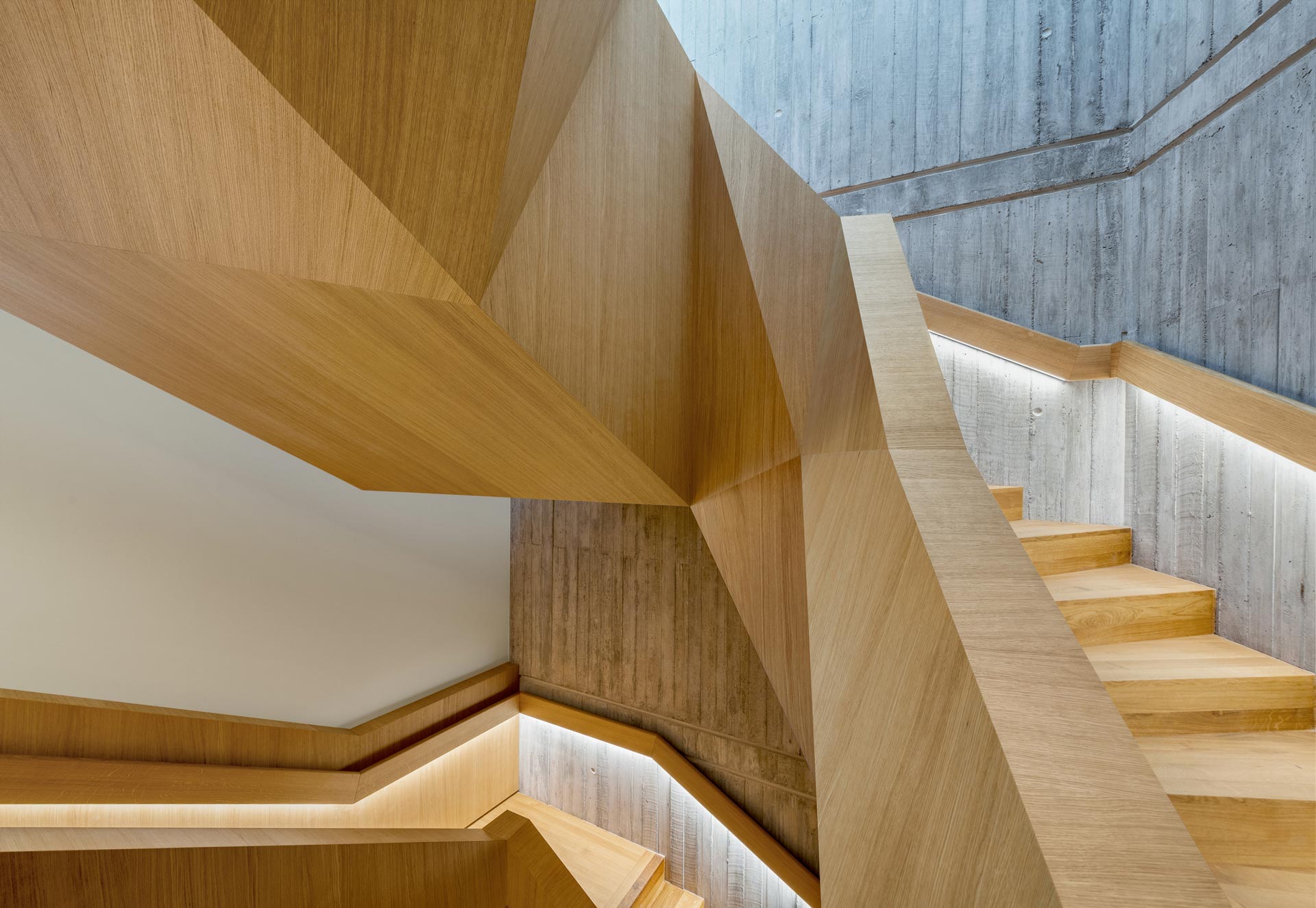 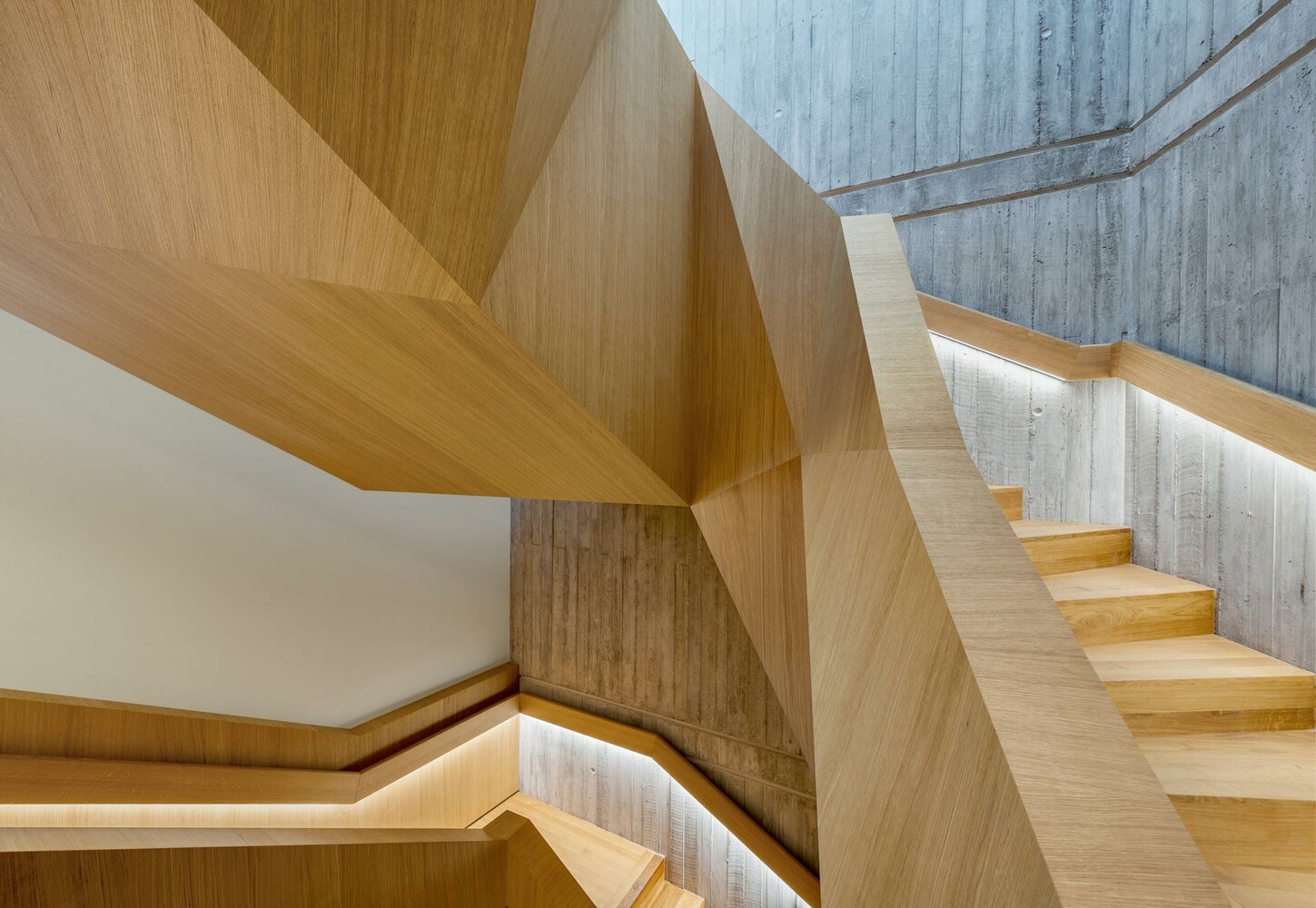 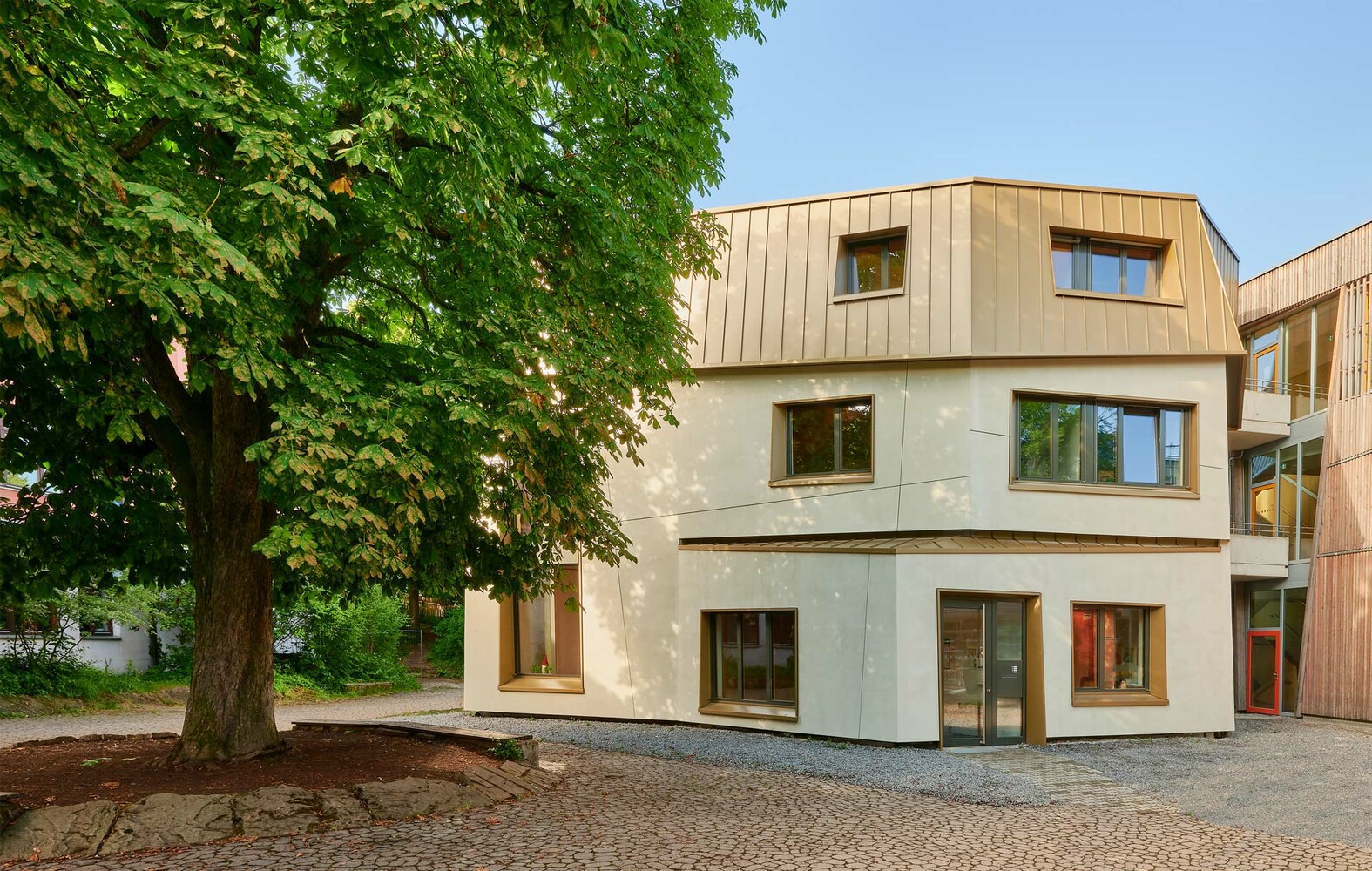 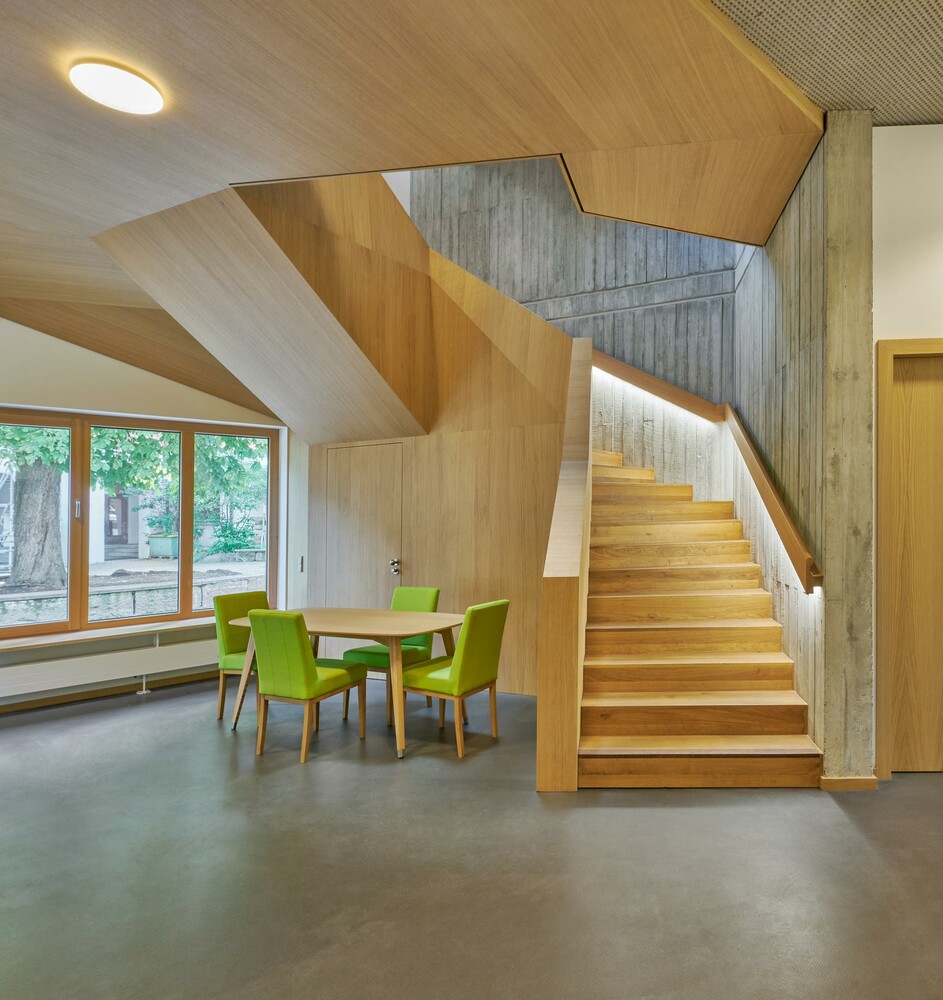 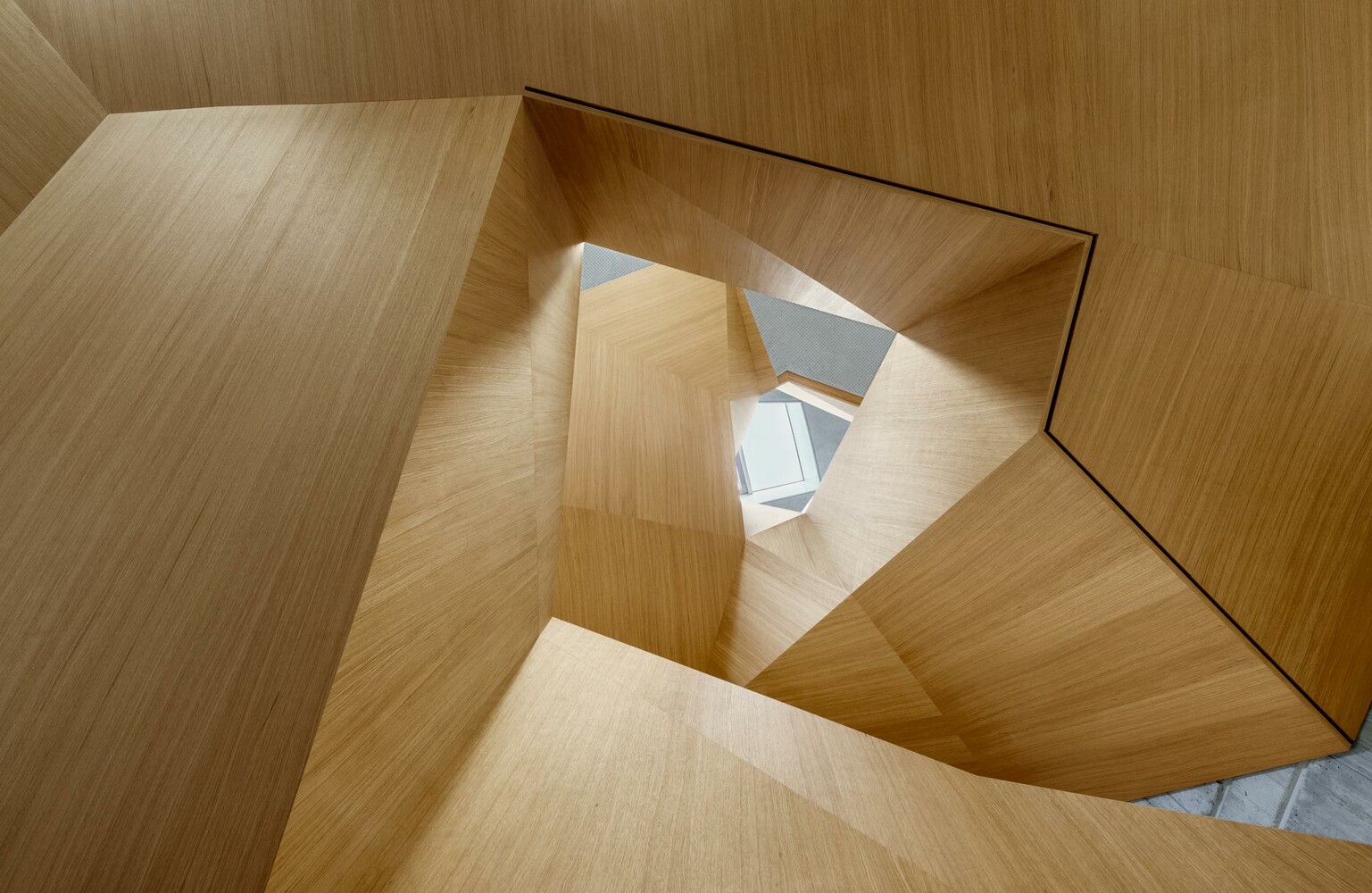 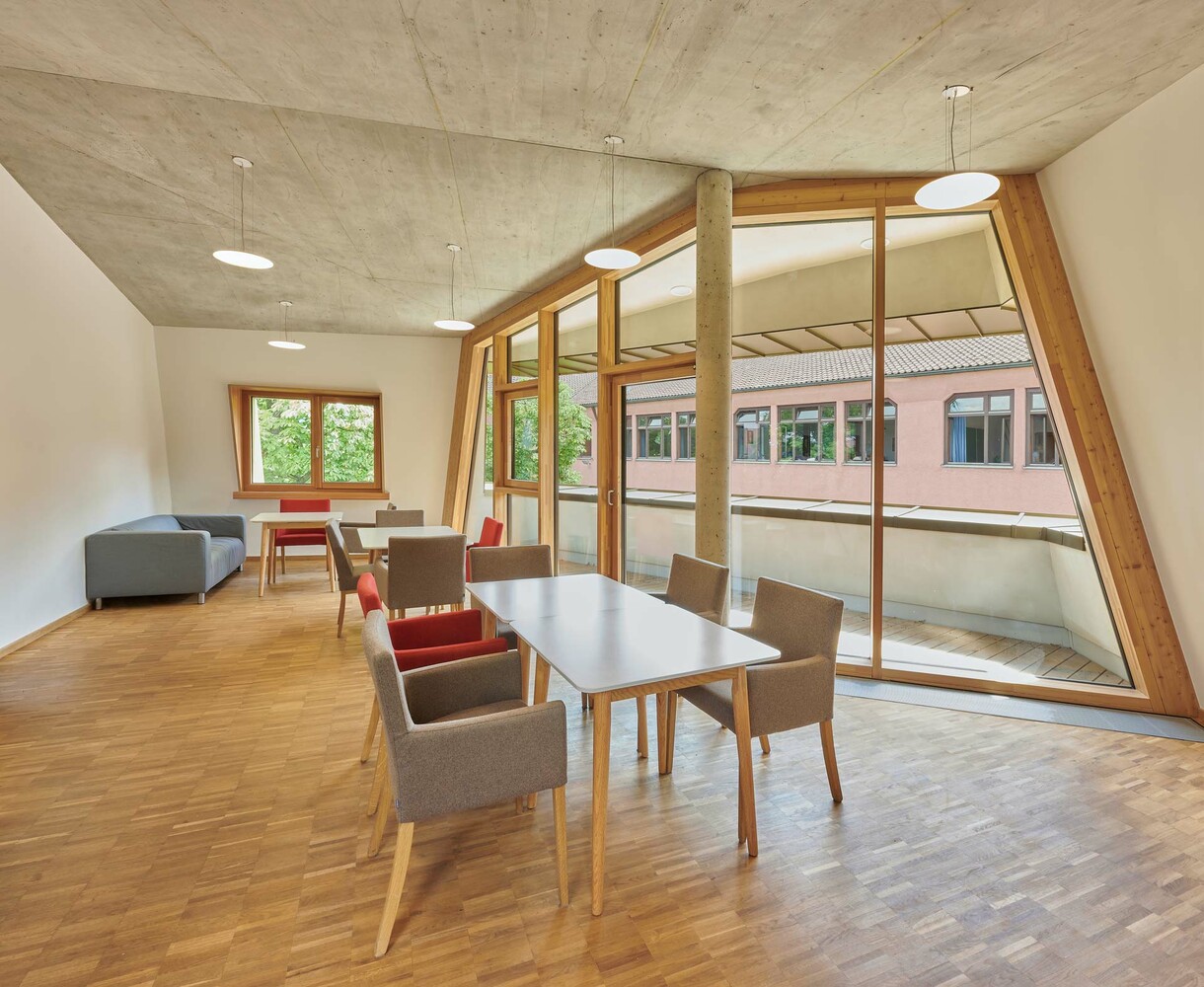 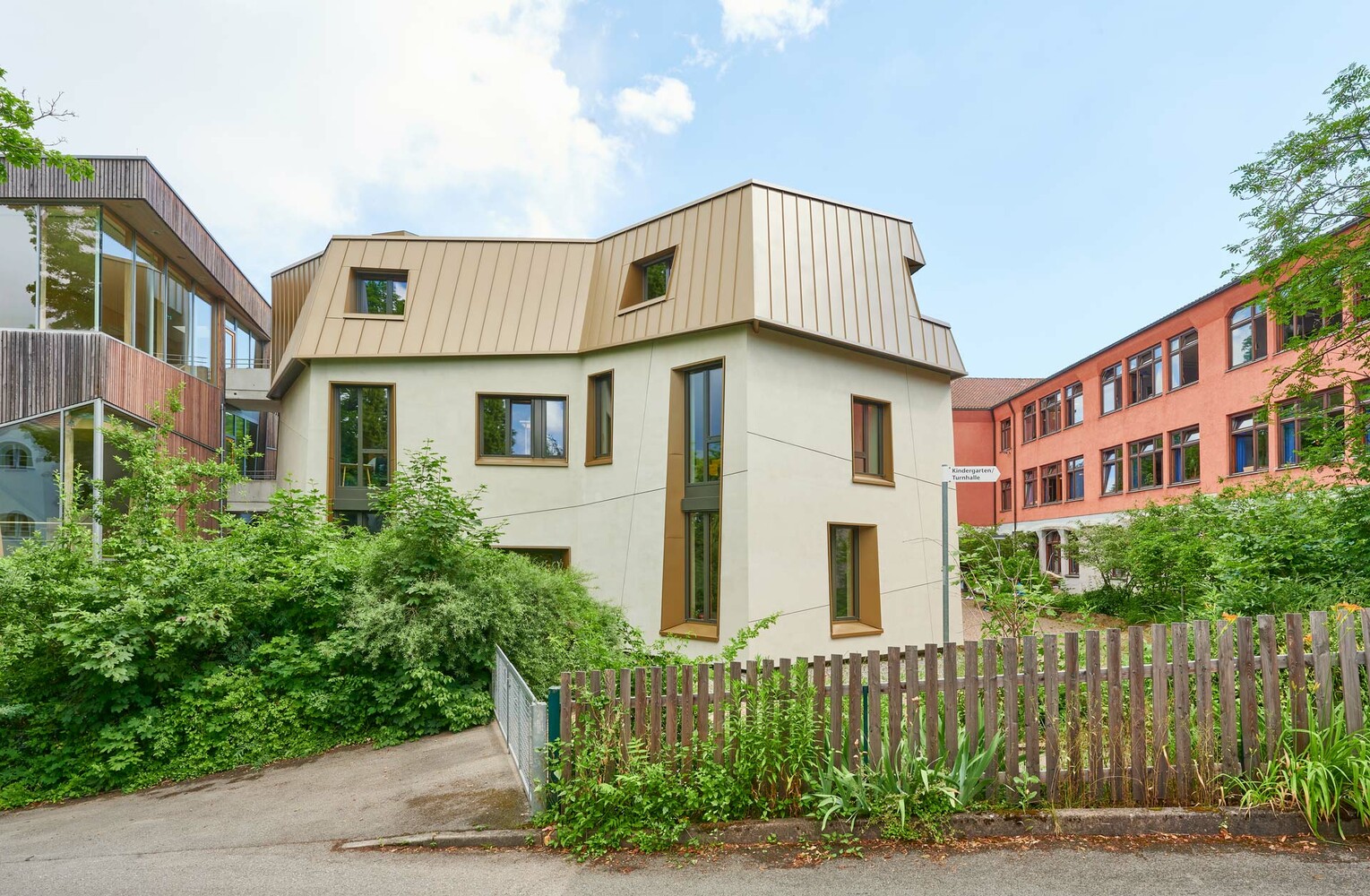 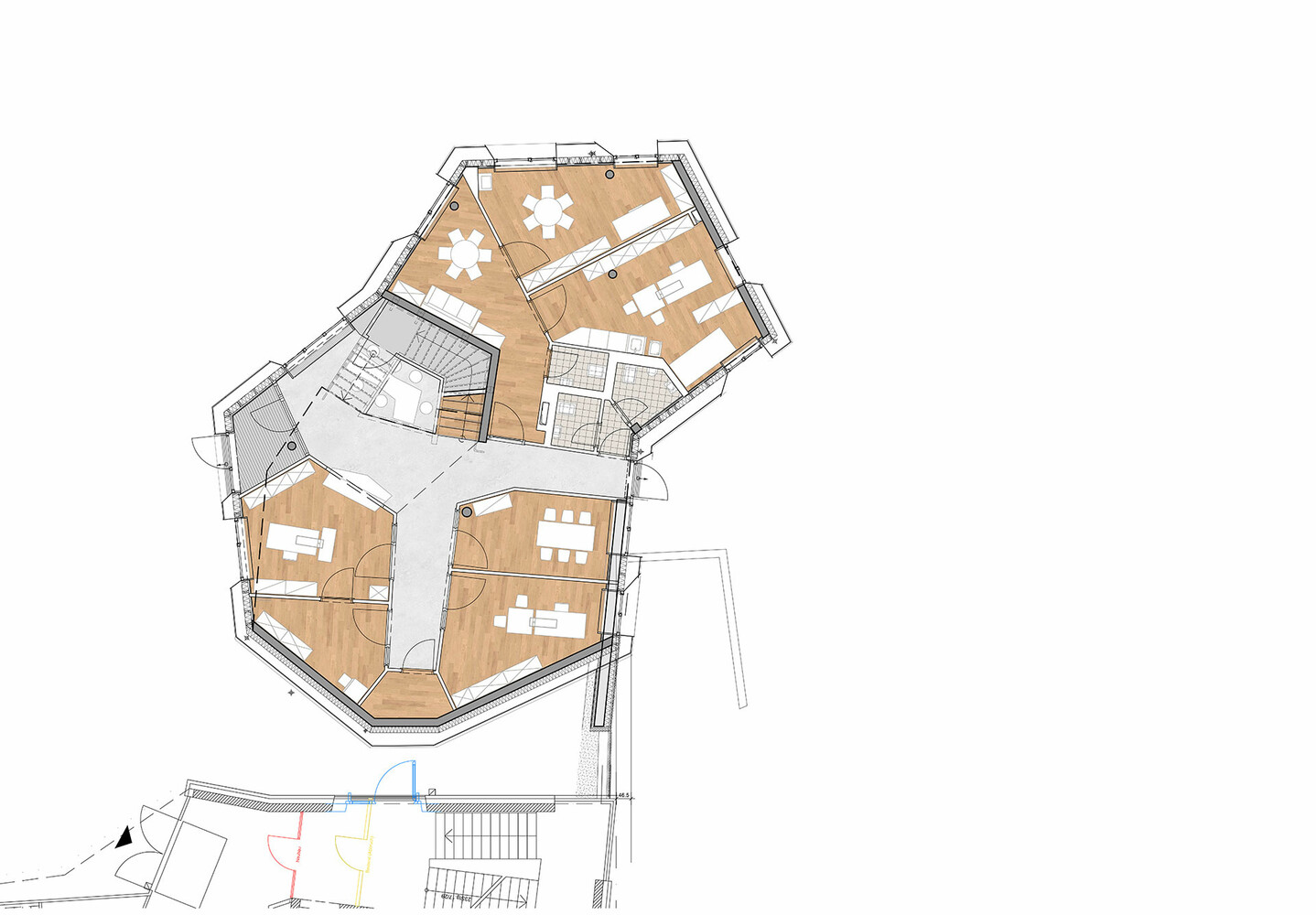 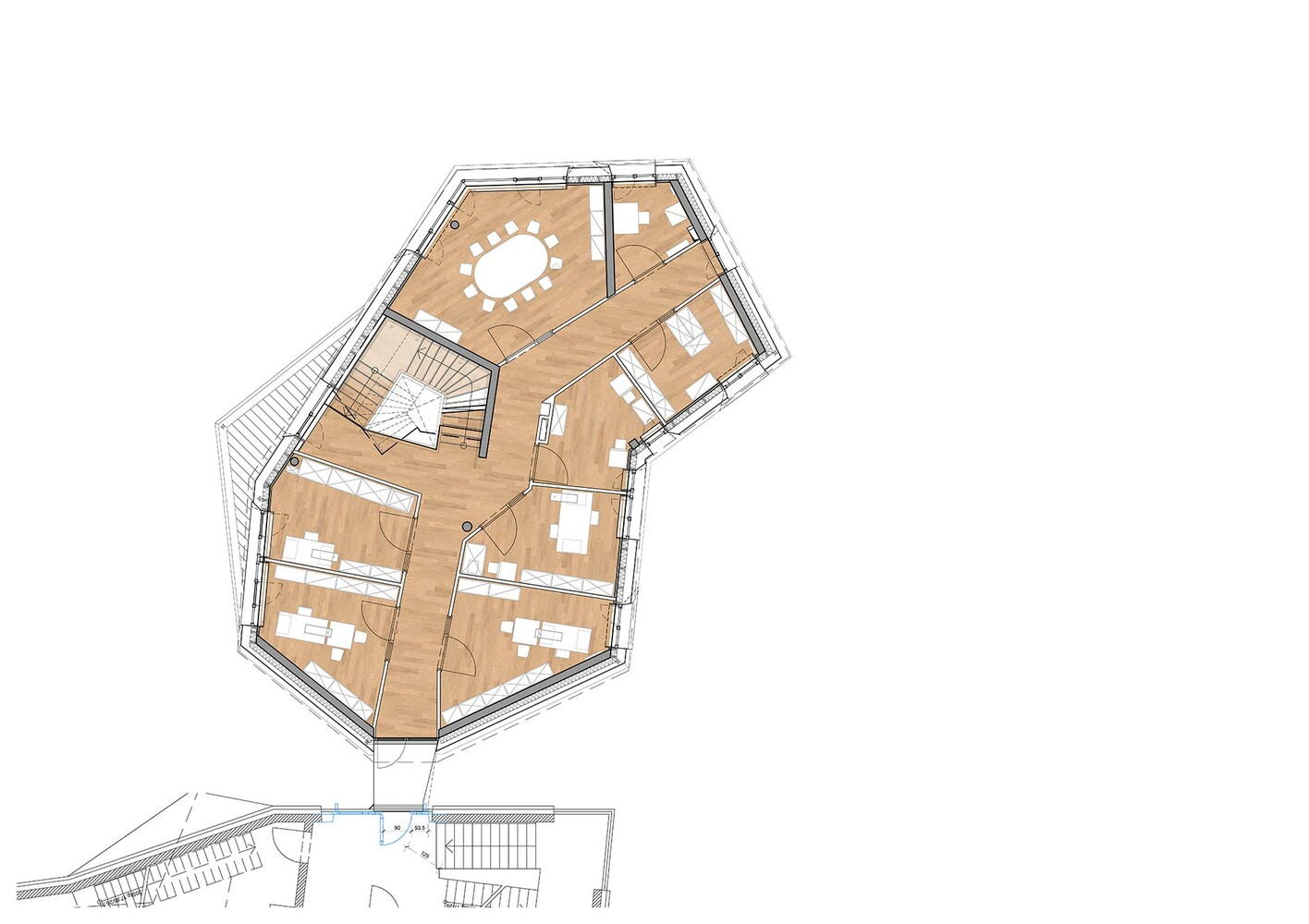 The Freie Waldorfschule Uhlandshöhe, the world’s first Waldorf school, was established in September 1919 by Emil Molt and Rudolf Steiner. It is situated in an exposed location among a group of villas halfway up the Uhlandshöhe hill in Stuttgart-Ost. Owing to a shortage of space, a new upper-school building had become necessary, and this required the removal of the oldest building on the site—dating to the late nineteenth century—which had previously housed the administrative offices.

The new administration building was designed as a free-standing, sculpted monolith sited between the after-school care center and the main building on the southern edge of the schoolyard. The expressive design of the window openings and reveals on the concrete-look facade set it apart from the assembly hall, whose form and material it otherwise echoes.

The roof extending over the top floor appears as a fifth facade and refers back to the form of the seminar building, with the materiality of the standing seam roofing and the deeply recessed openings lending it a different tone.

The new building offers the school’s administration and teachers an optimal spatial environment. The main entrance is at the same level as the schoolyard and leads to the reception area. From here, access to the two upper floors is afforded by an open interior staircase, which constitutes the building’s central communicative element and encourages students and teachers to congregate and exchange ideas in a variety of spatial settings.