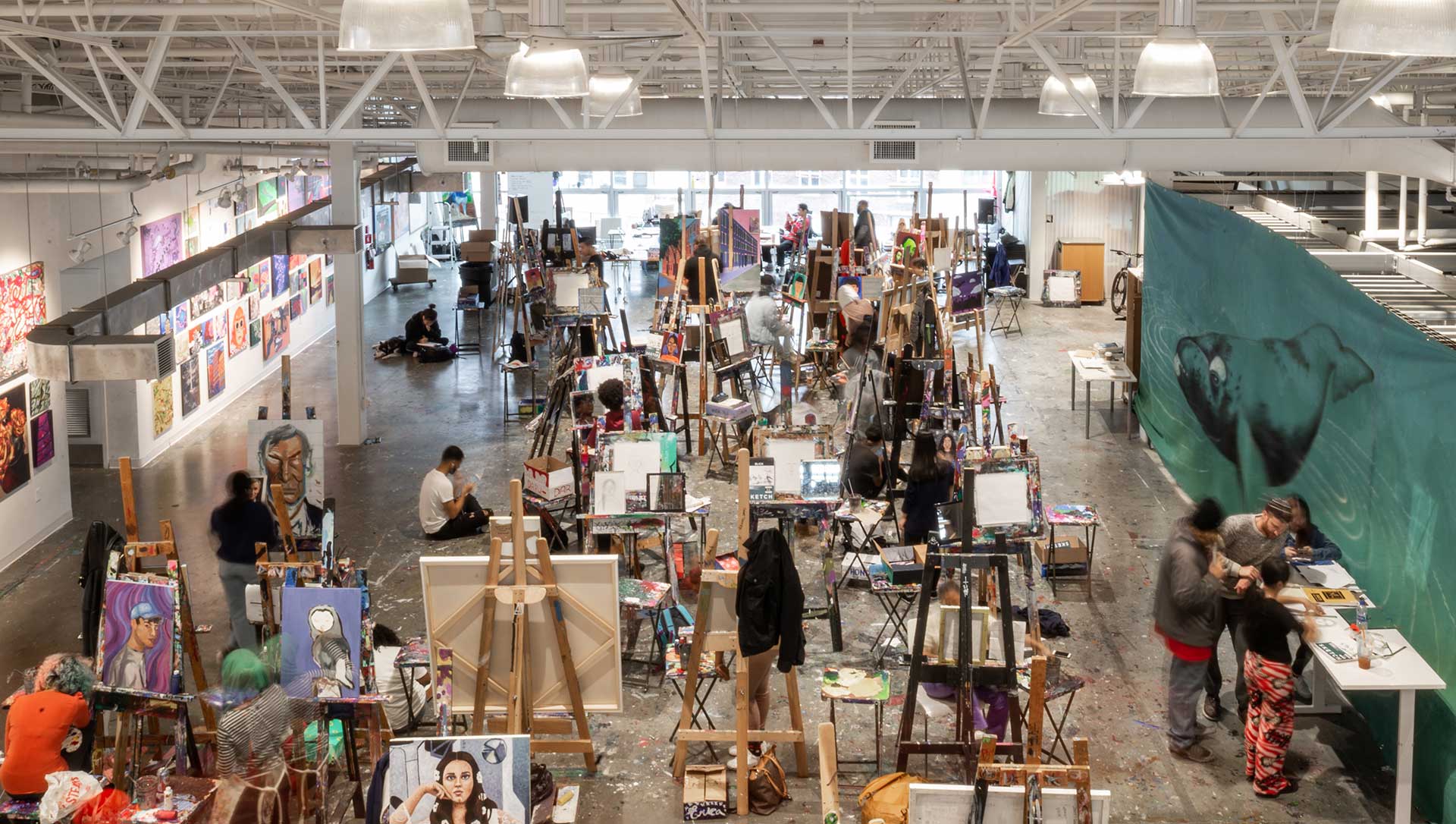 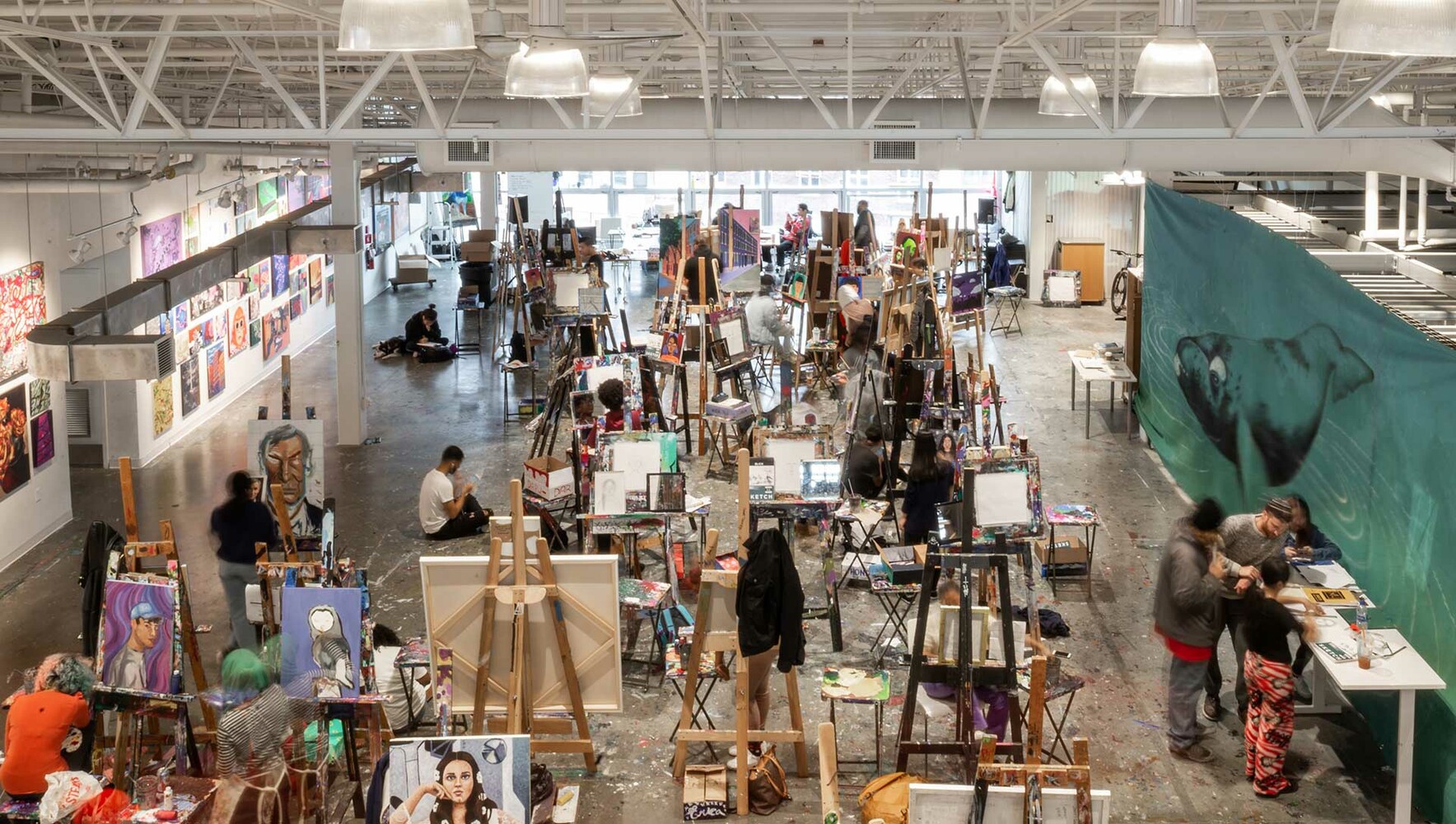 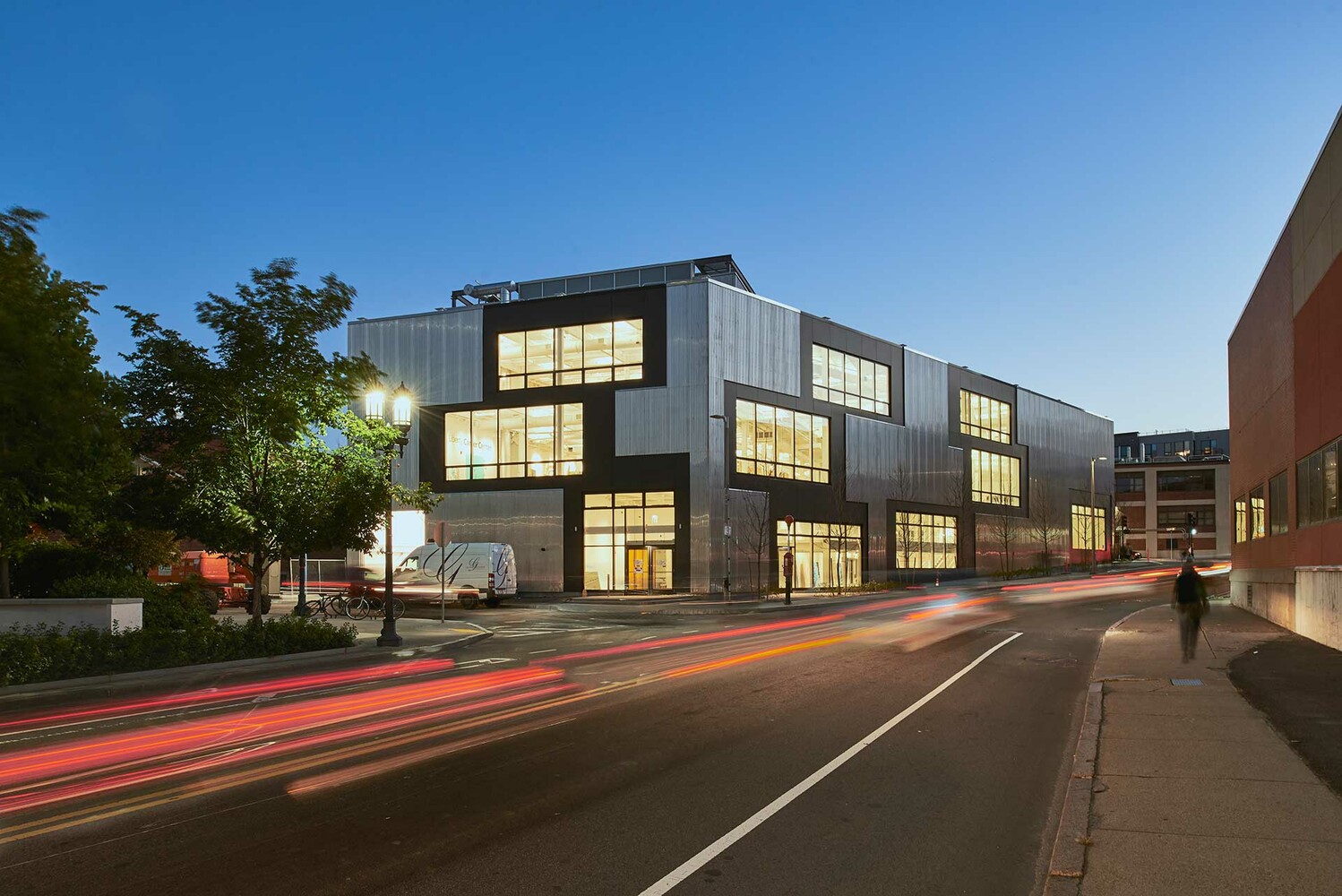 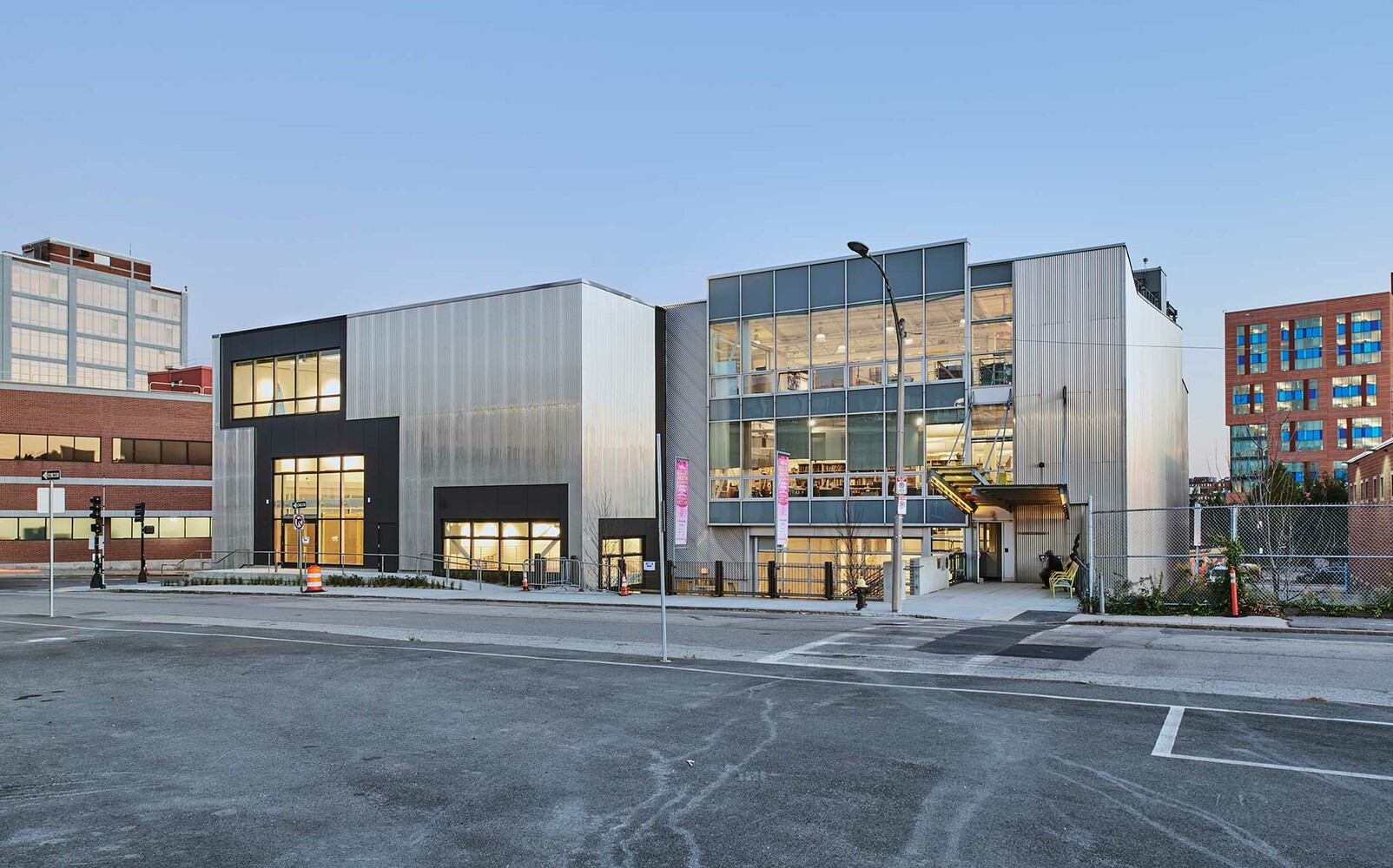 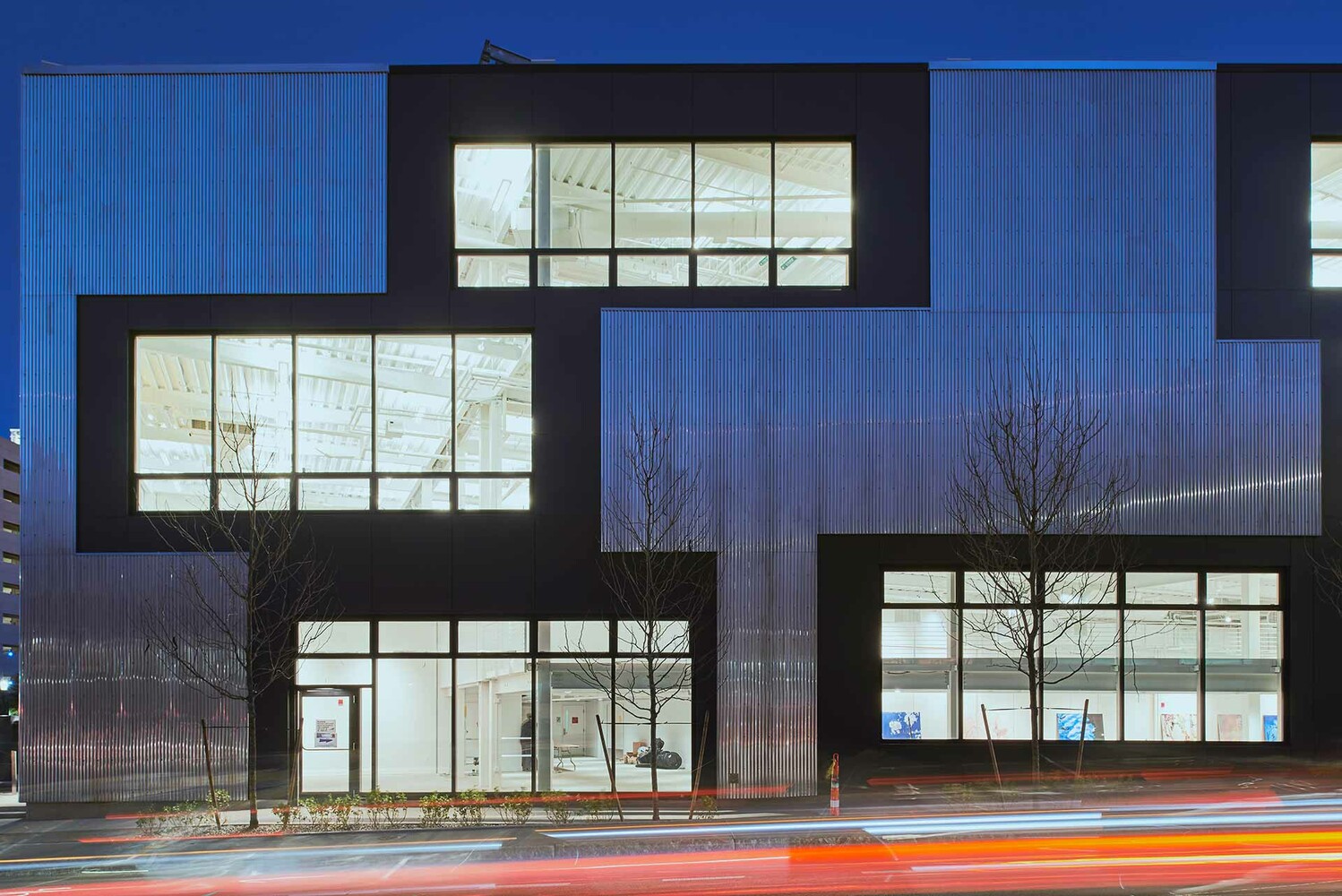 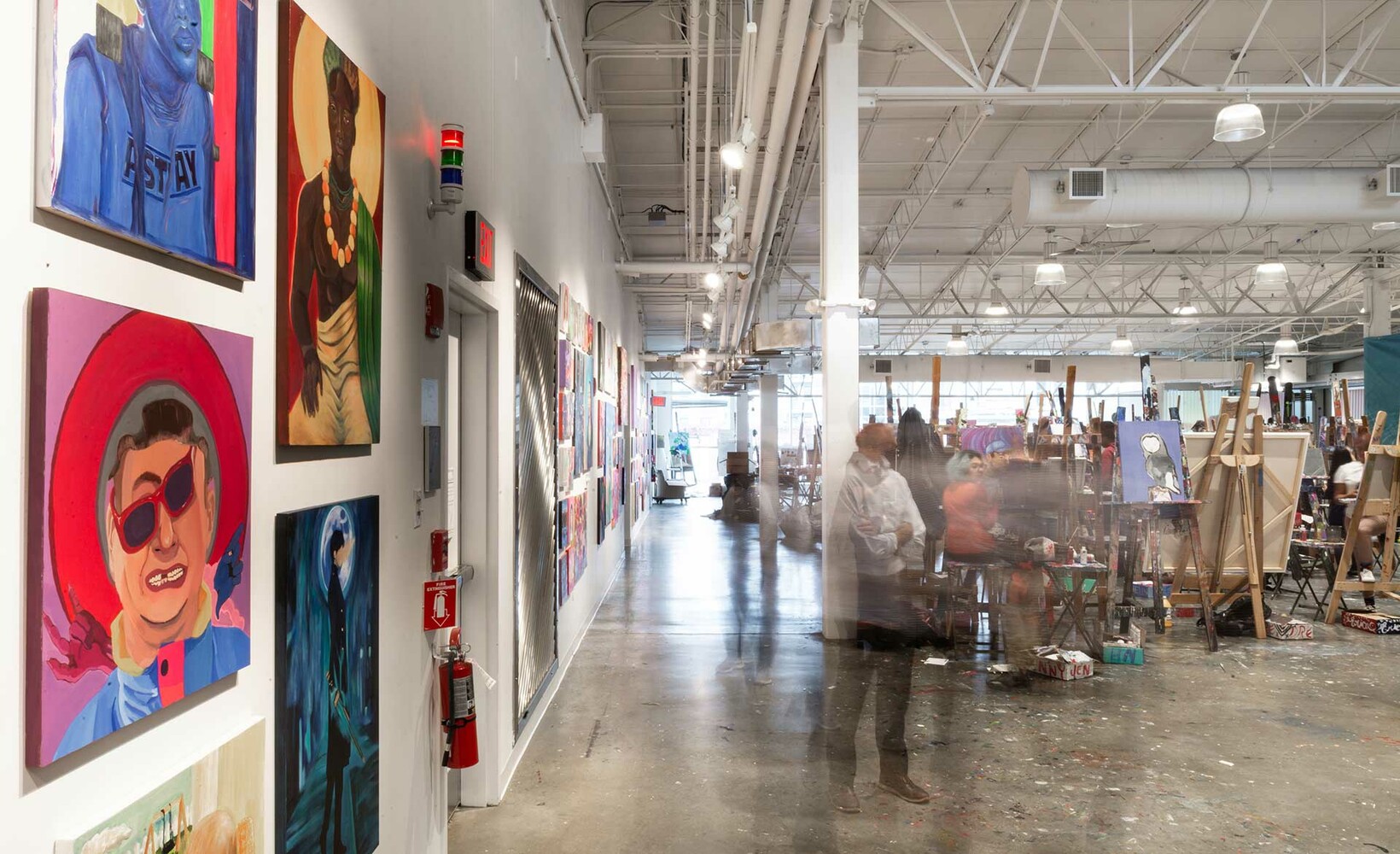 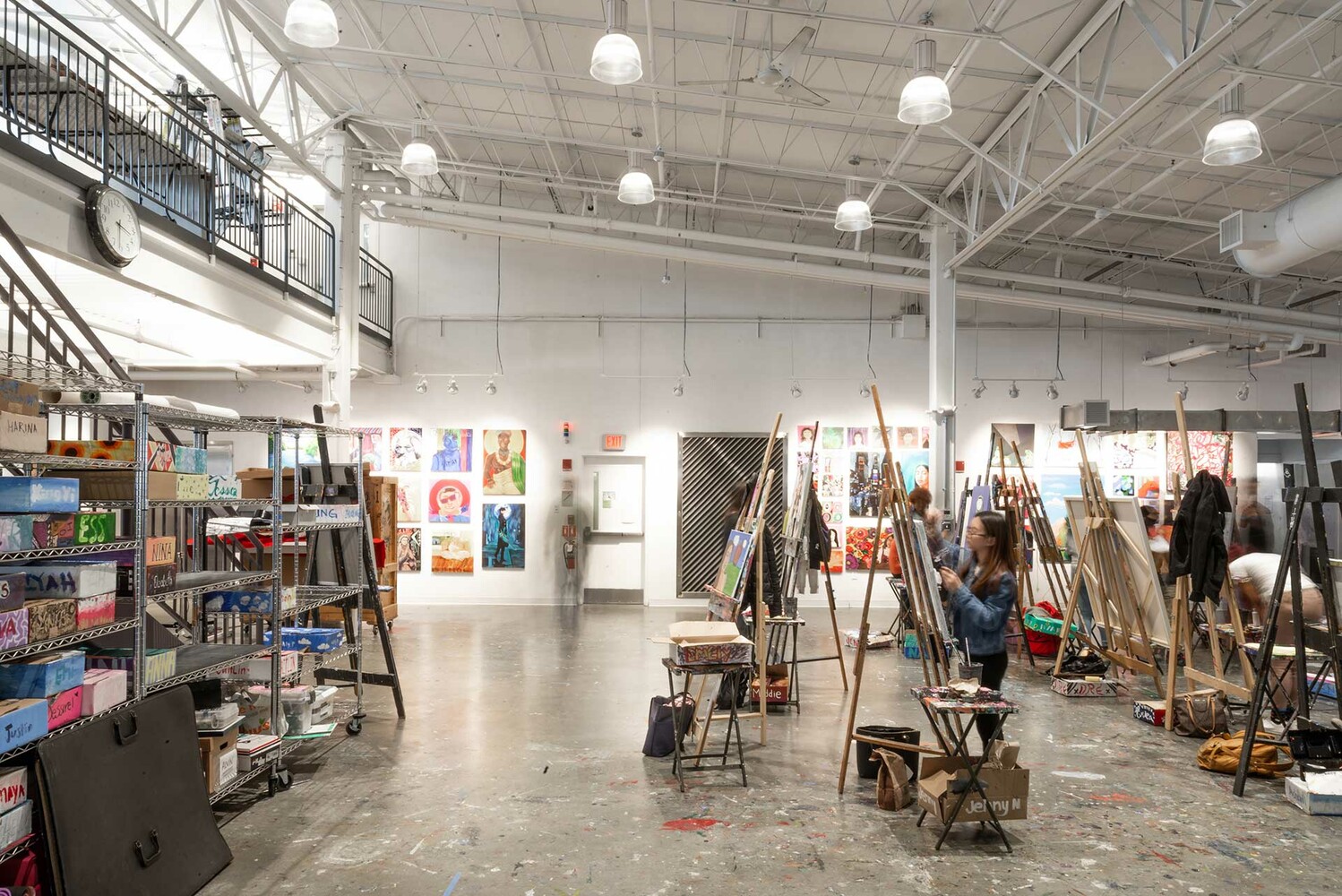 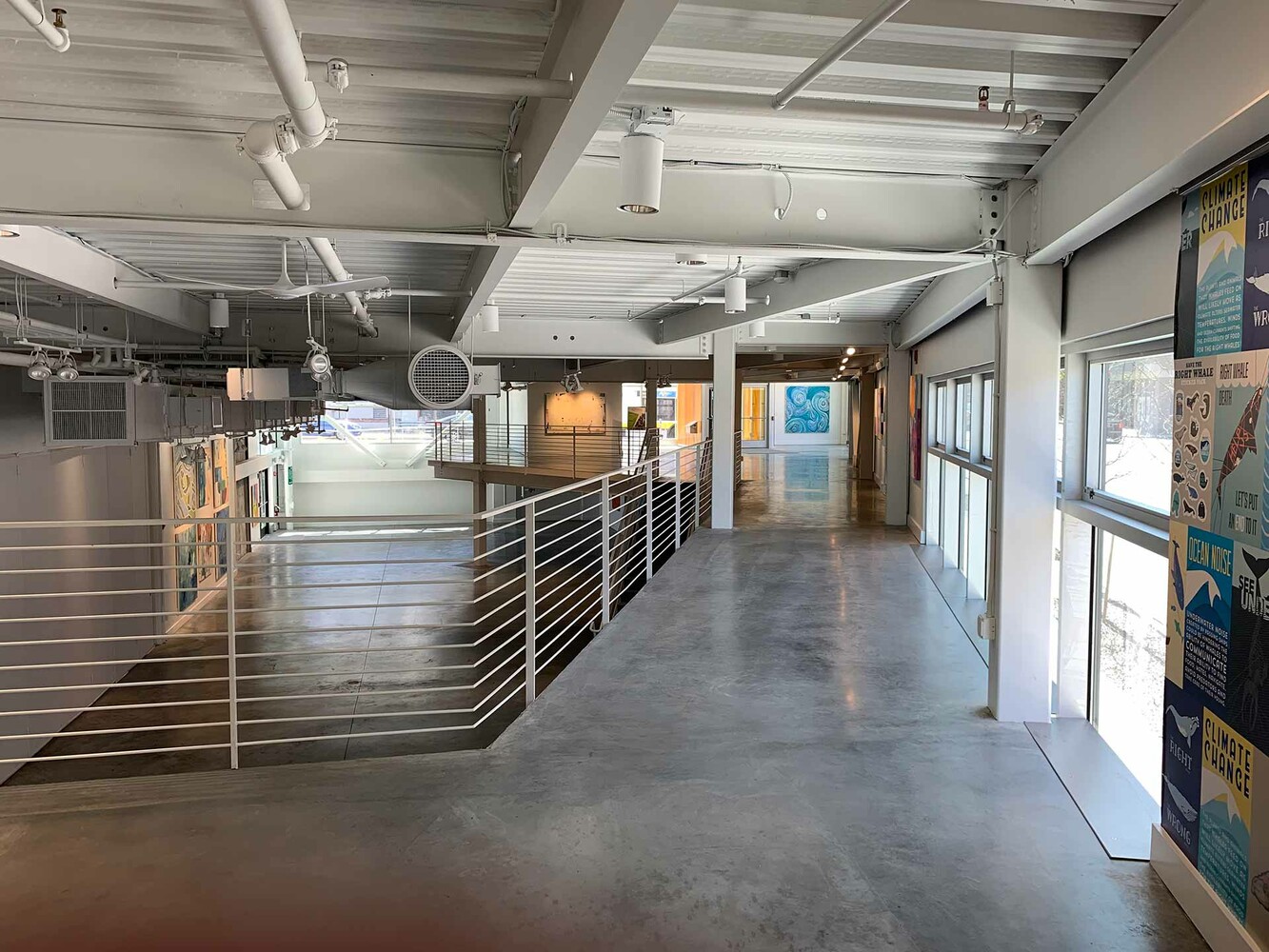 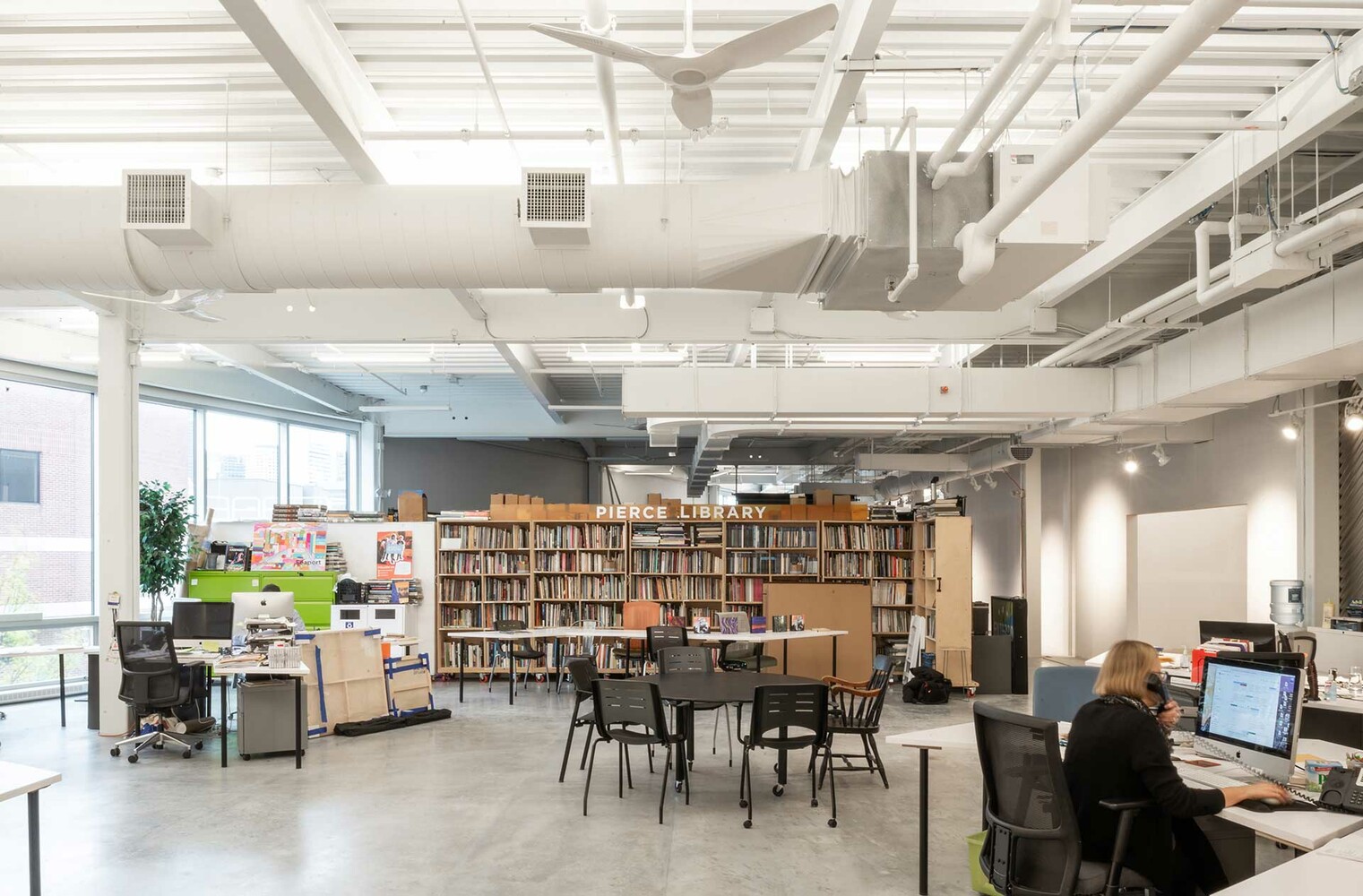 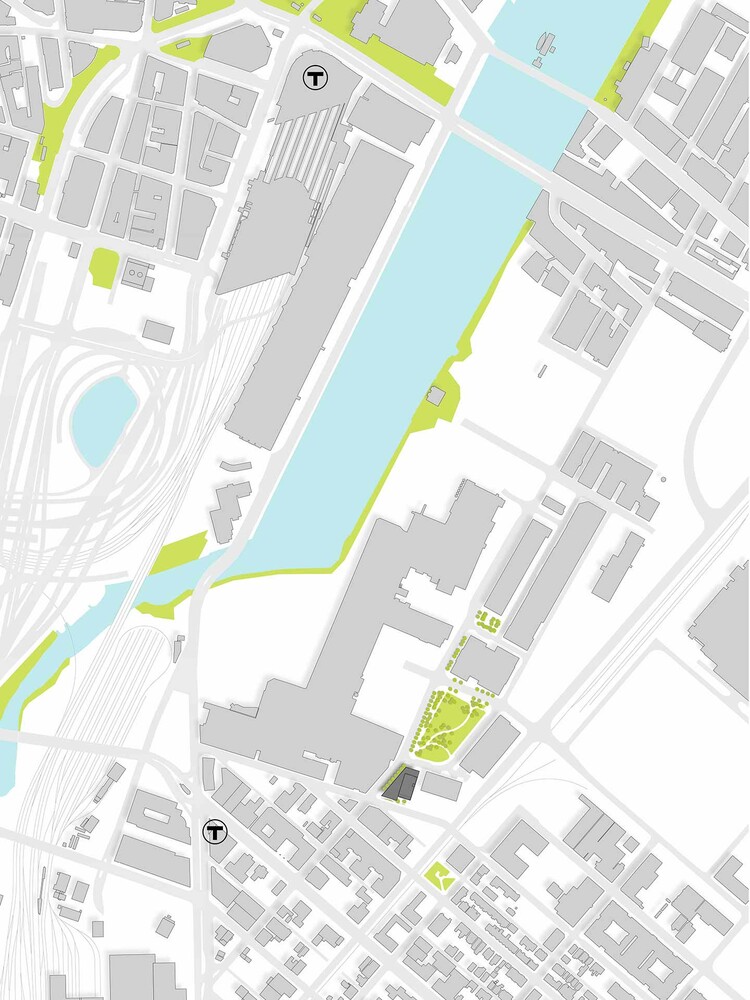 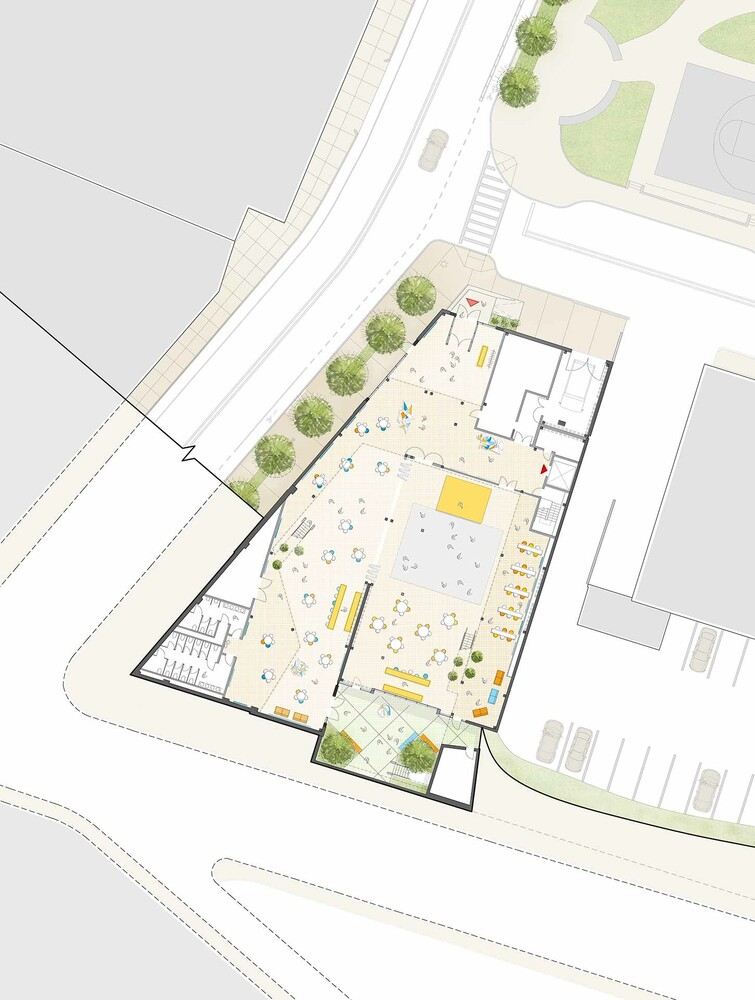 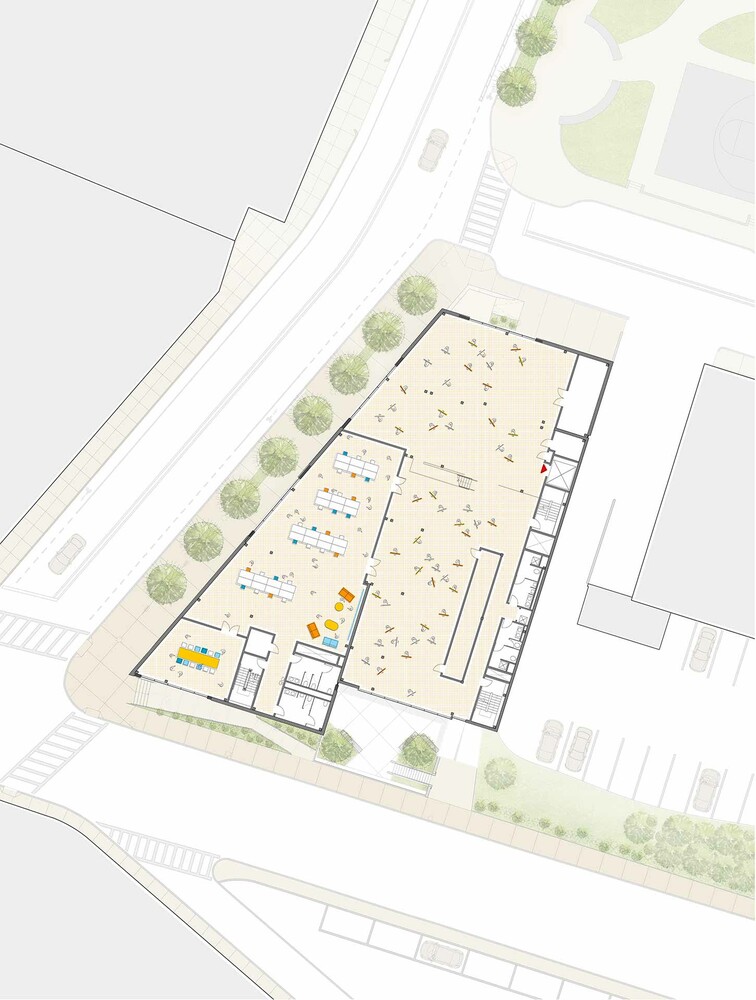 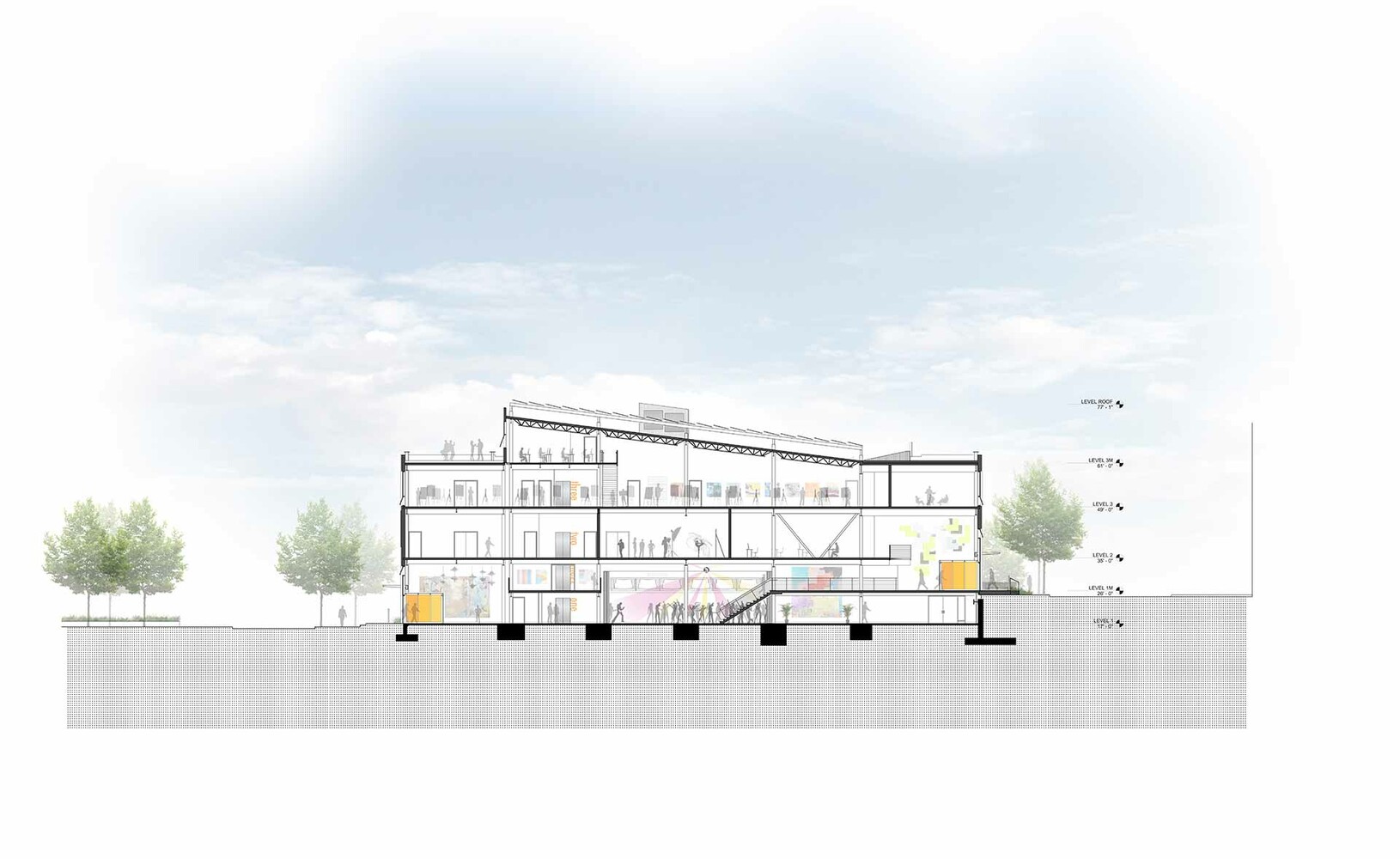 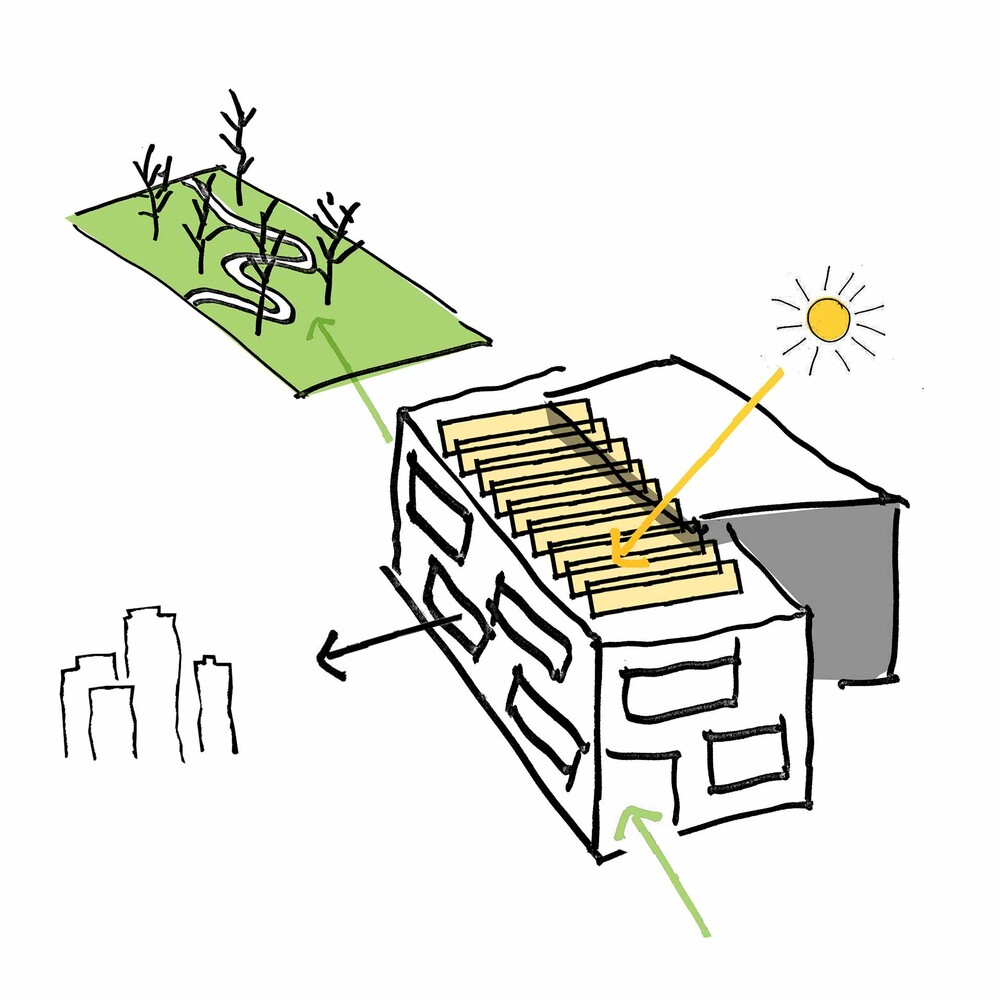 Artists for Humanity (AFH) is a non-profit organization that bridges economic, racial, and social divisions by providing under-resourced youth with the keys to self-sufficiency through paid employment in art and design. In 2014 AFH commissioned Behnisch Architekten to design a 30,000 gross sq.ft. addition to their existing EpiCenter facility in the rapidly evolving South Boston neighborhood. The new multi-story addition increases AFH’s overall footprint to 53,000 gross sq.ft. In addition, it allows to accommodate more youth artists, expanded galleries, expanded event space, and new studios, while doubling their employment of Boston teens in paid apprenticeships in visual arts and creative industries from 250 to over 500 annually.

Following the acquisition of land immediately to the west of the original EpiCenter, the expansion was planned to fill the triangular site to create an urban edge along A Street, wrapping to the north along West First Street. A new path of trees, shrubs, bike racks, and permeable pavers along West Second and A Streets welcomes pedestrians, connecting them from the West Broadway neighborhood to the Fort Point Channel neighborhood. To the north, an expansive new public park fronts the new north-facing facade of the EpiCenter. An existing sunken garden was maintained and enhanced with new plantings and a reconfigured access stair as an outdoor extension of event and gallery space to the south.

The EpiCenter Expansion can now be approached from both the north and south, integrating prominent entries at both ends to the street-level event and gallery spaces. A one-story grade change between the two entries creates a double-height gallery/event pre-function area that is wrapped by a perimeter mezzanine, connected by an open stair. Floors 2 and 3 consist of an open, loft-like space that allows flexibility and a diversity of uses for AFH’s growing program. The ground-floor event space was refurbished and expanded, allowing larger events to spill out into the adjacent galleries.

The straightforward building facade concentrates generous glazed openings at key areas in the floorplan in order to bring daylight in the gallery/event pre-function spaces and illuminate activities and art within from the street. These “shop windows” are expanded visually through the use of charcoal-colored metal panel surrounds, set into a field of stainless steel corrugated cladding that references the facade of the original EpiCenter as well as the industrial character of the historic South Boston waterfront.

Operable vents integrated into the glazed openings allow the building to be naturally ventilated at appropriate times throughout the year. Building energy demand was minimized through thoughtful programming and the definition of an expanded thermal comfort range, such that a future roof-mounted solar array has the possibility of dramatically lowering the building’s demand for non-renewable energy.