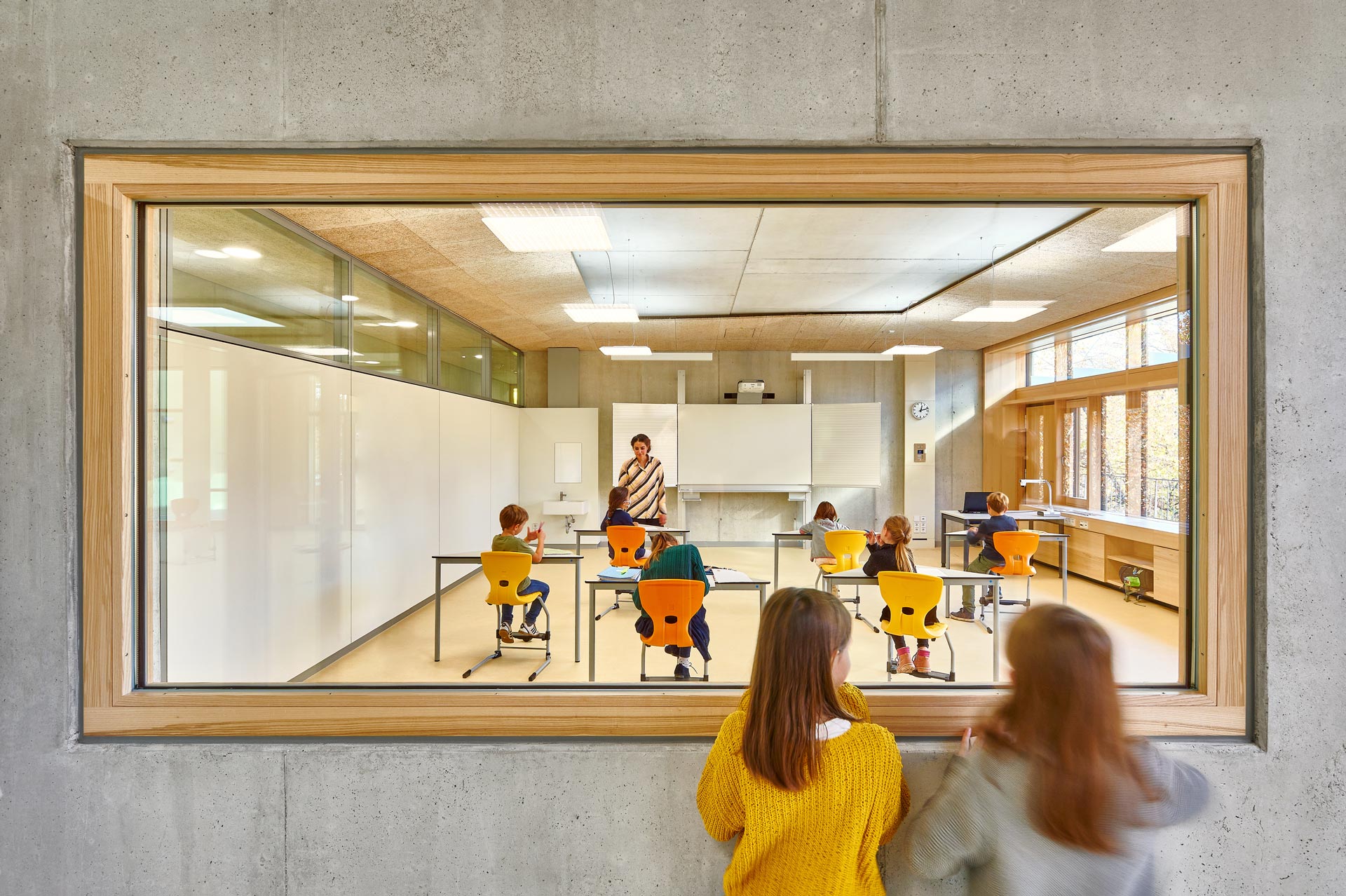 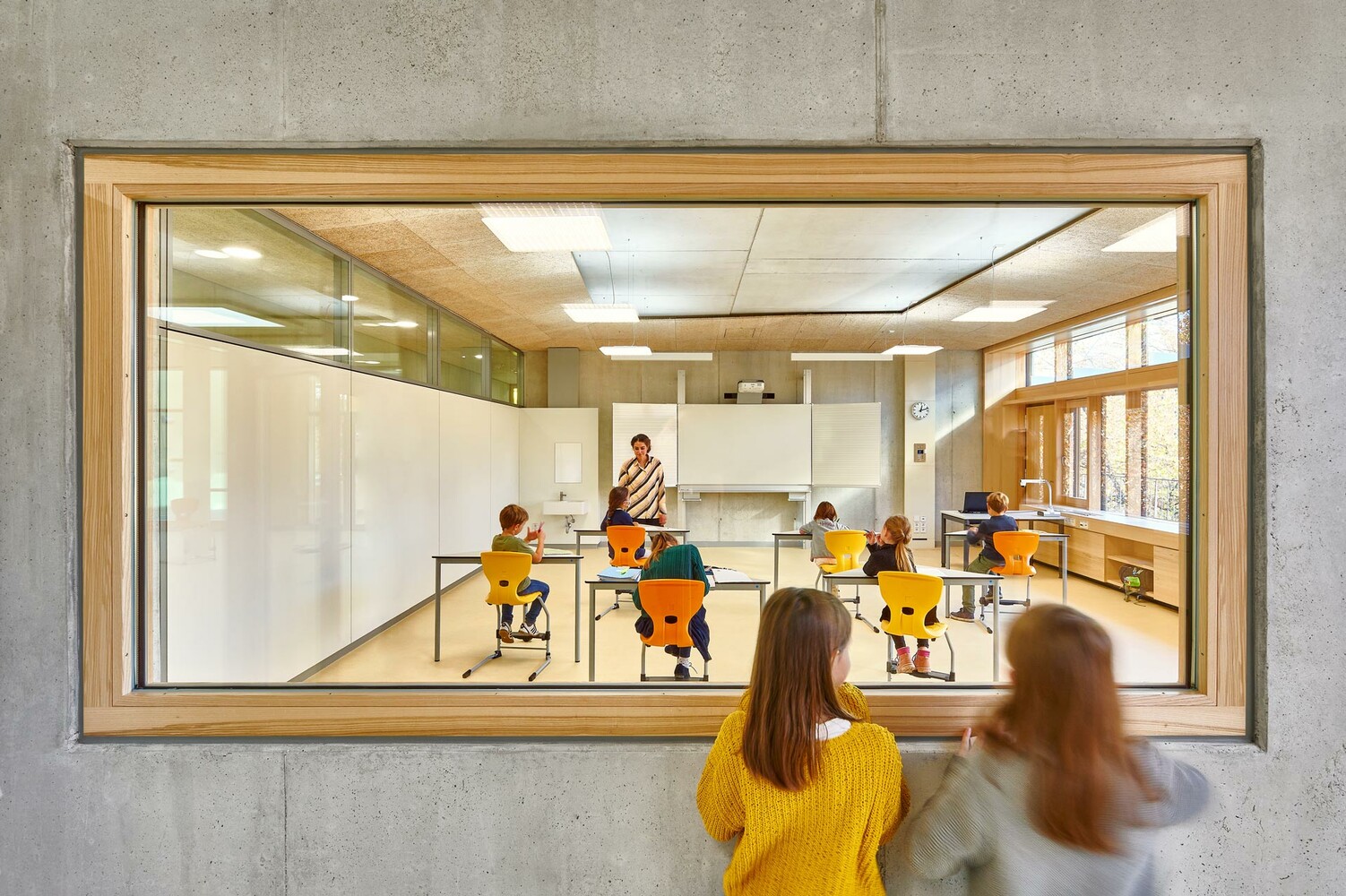 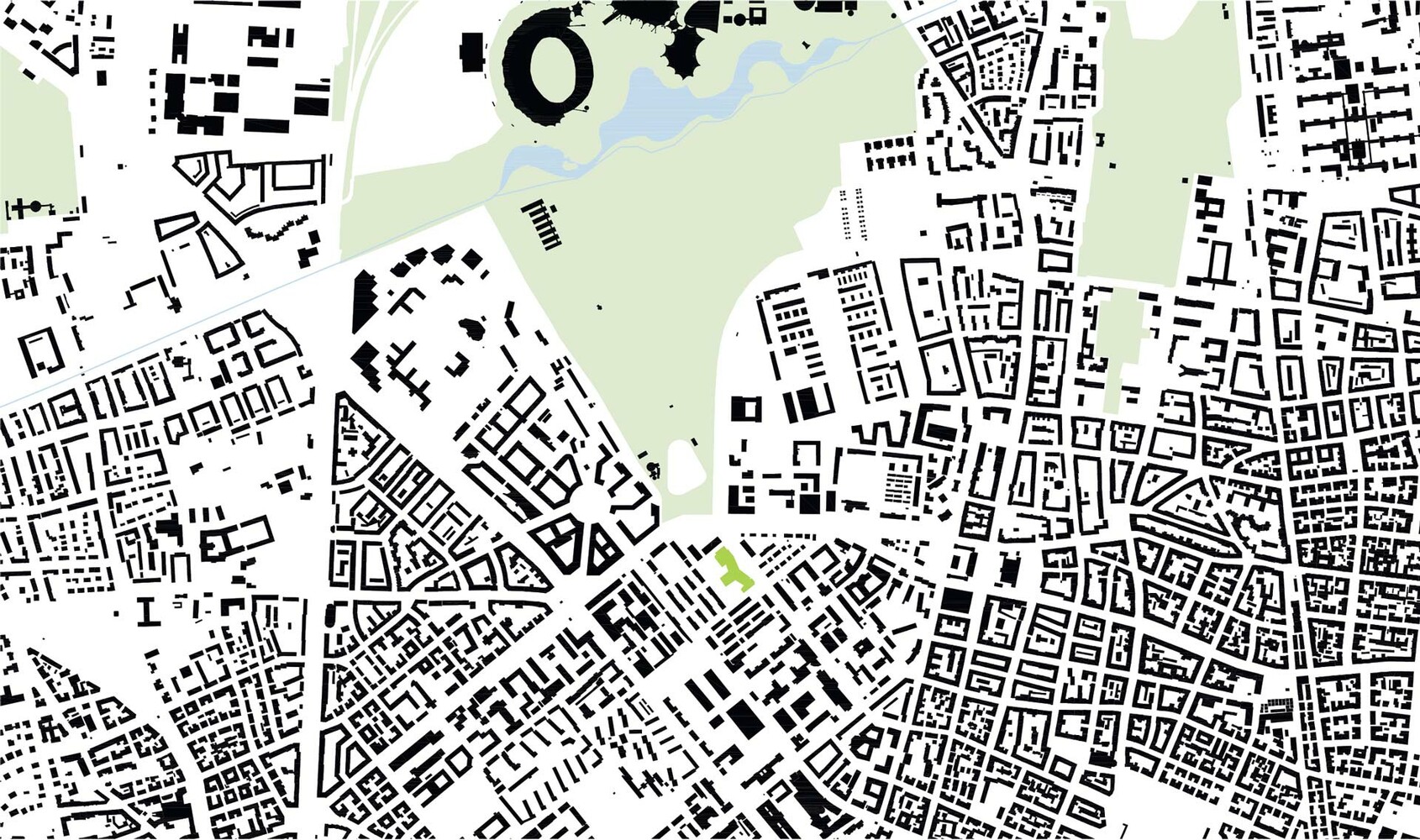 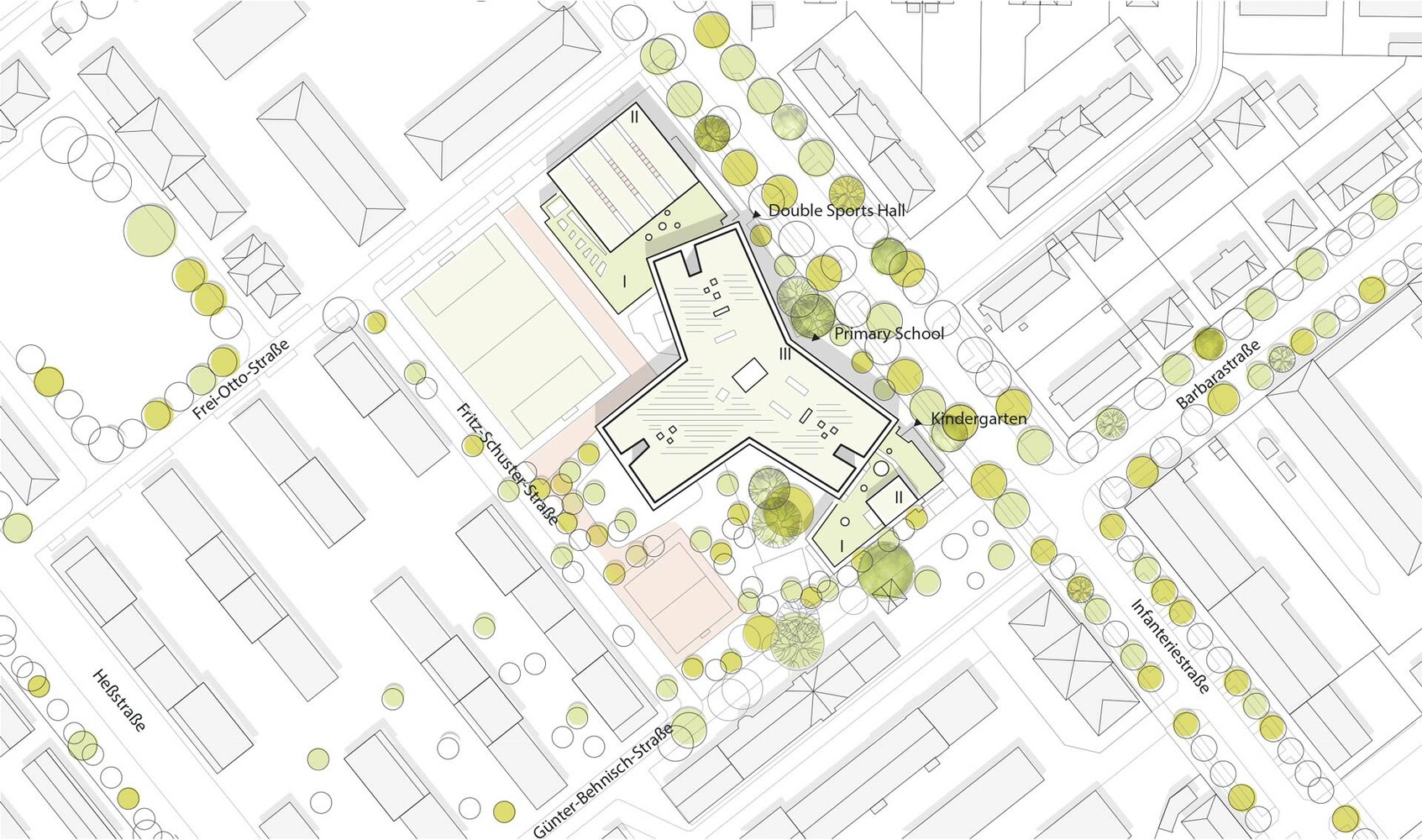 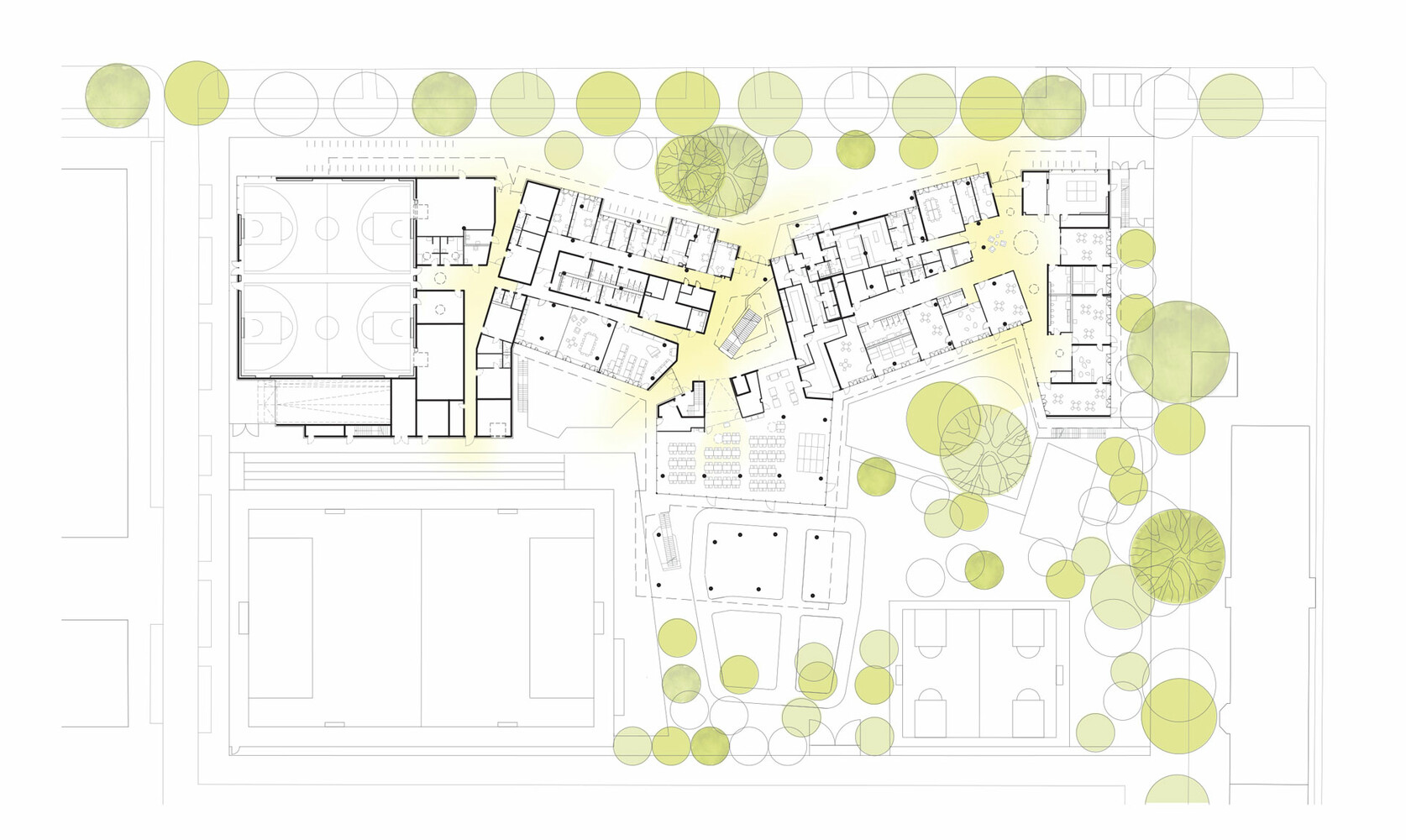 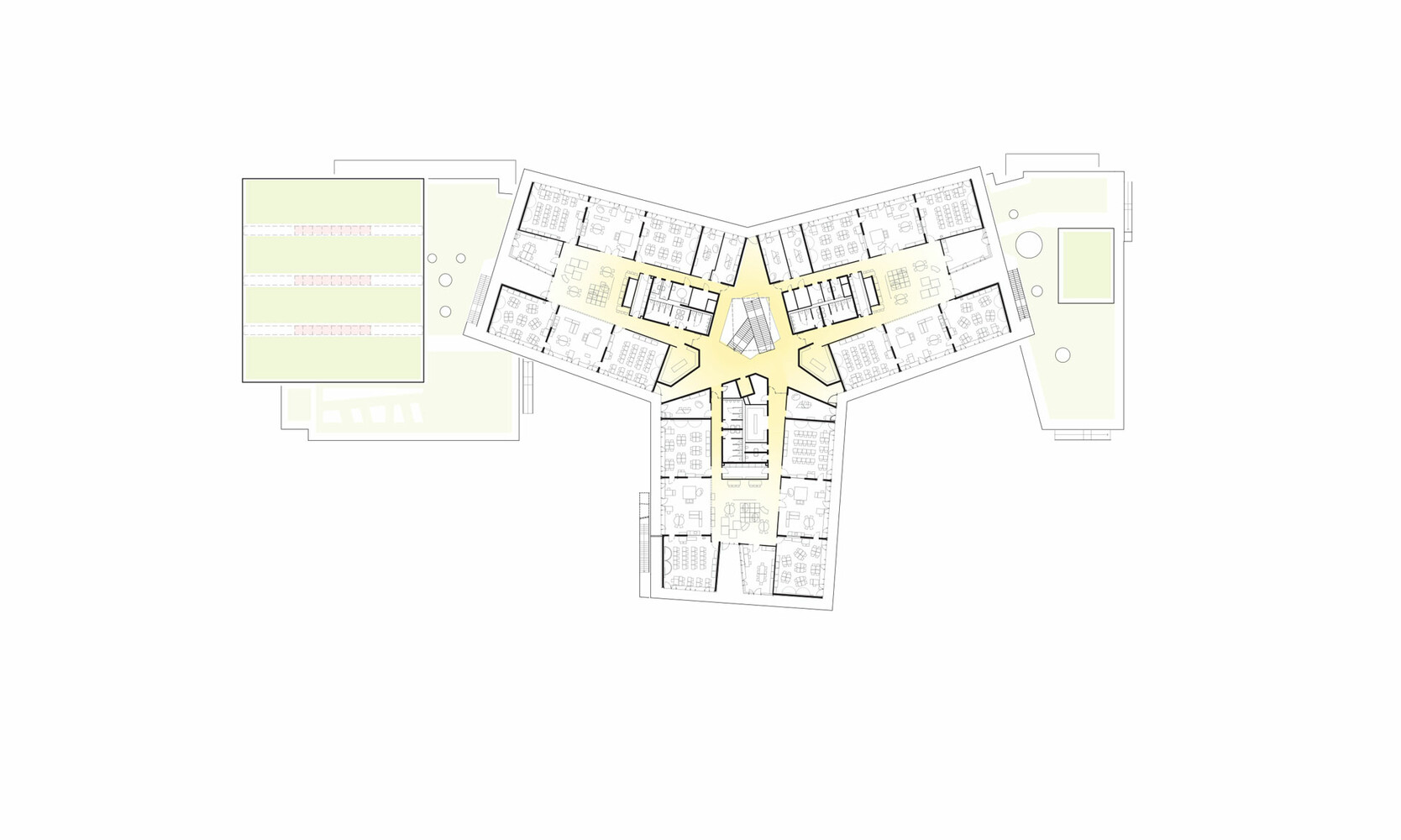 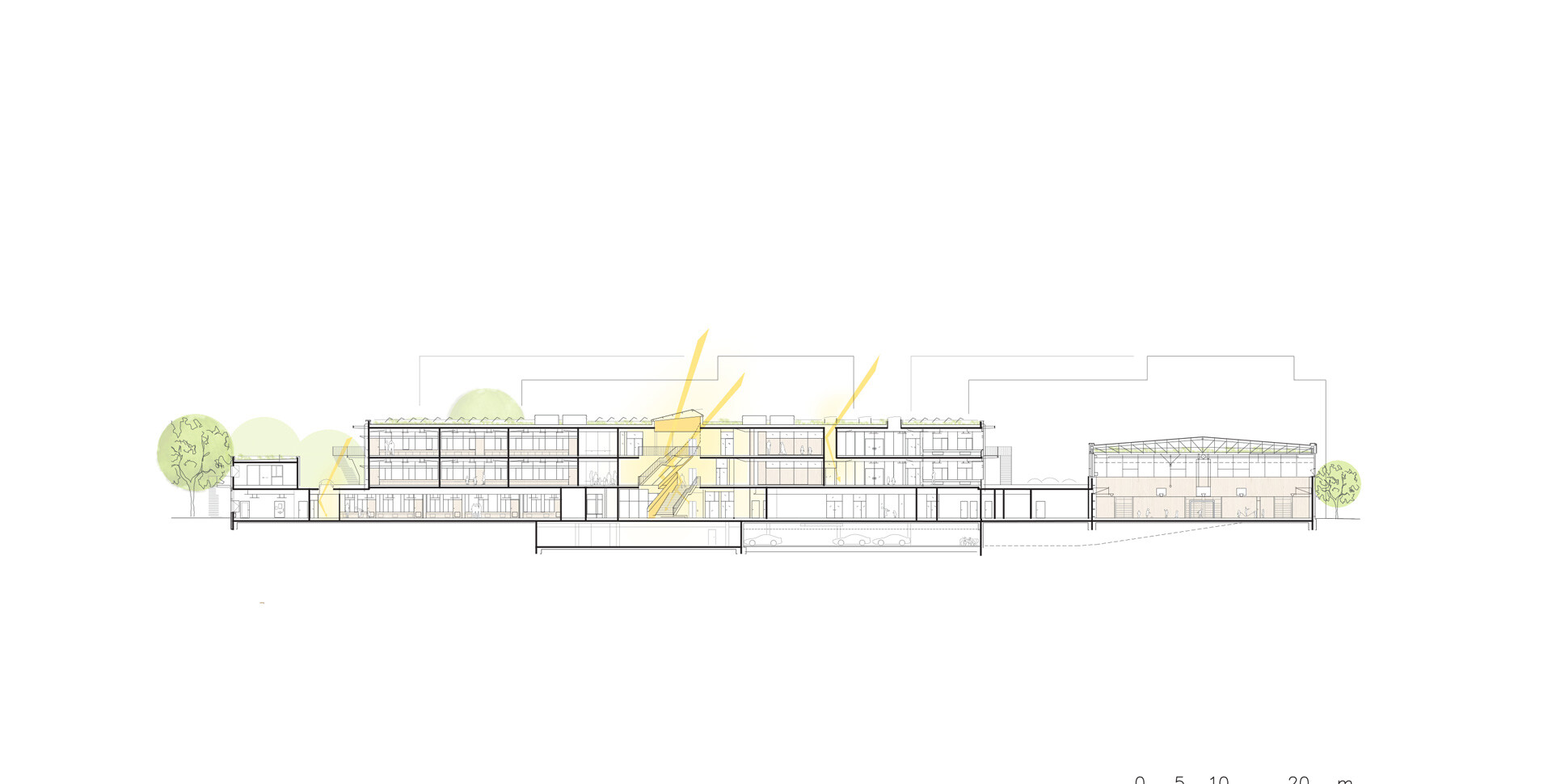 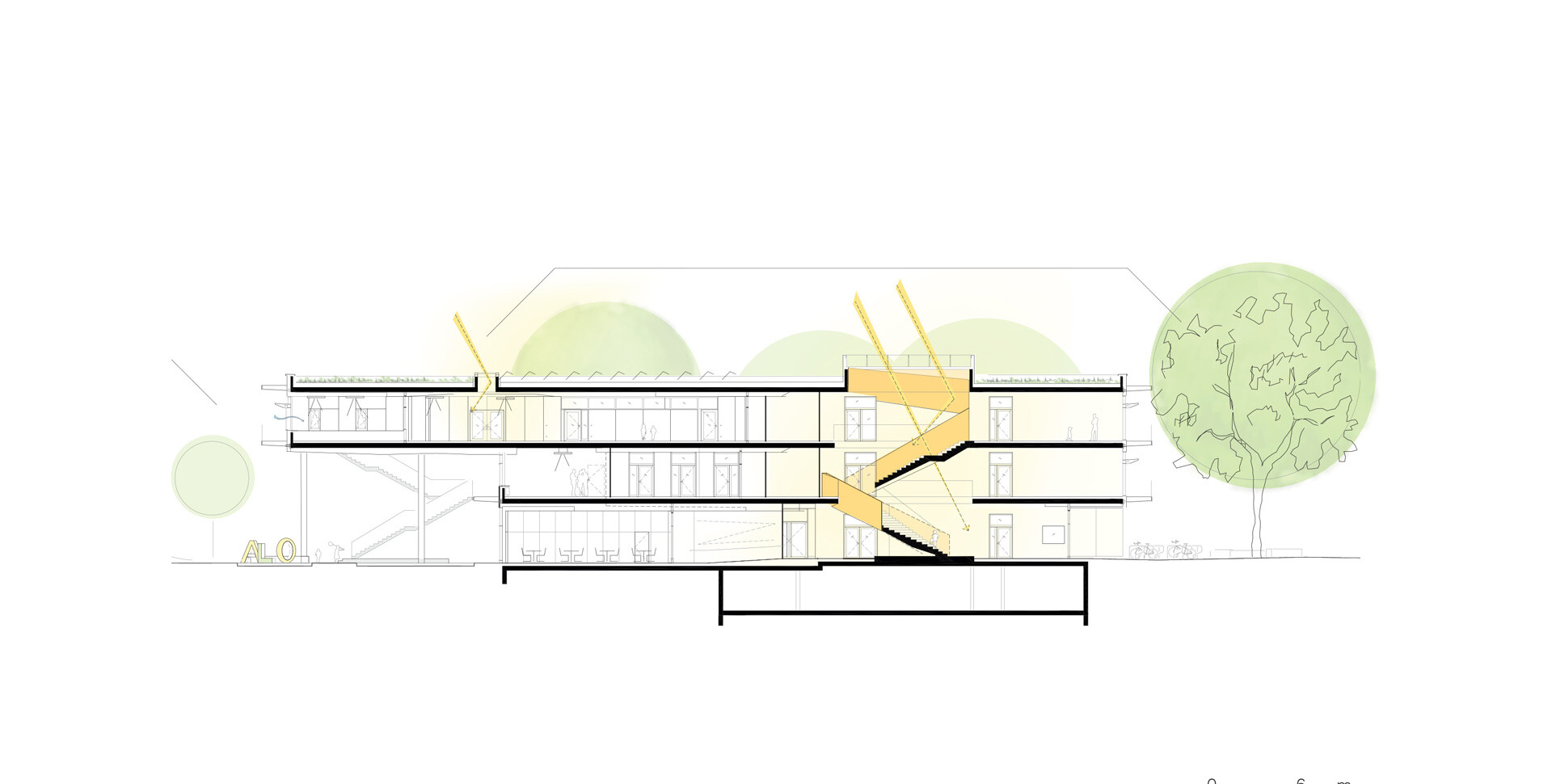 As part of the new project to promote the construction of school buildings in the Bavarian capital Munich, a five-track primary school is being developed according to the learning house concept. The building incorporates a double sports hall, a house for children and an underground carpark. It is located in one of the four parts of the “creative district” in the northwest of the city, to the south of the Olympic Park, where a new center for living, knowledge, economy and culture is emerging.

In order to protect as many parts of the building as possible from the noise of the Schwere-Reiter Strasse, the individual building structures form a differentiated spatial streetwall to the Infanteriestrasse in the northeast of the site. In the north, the sports hall marks the starting point of the ensemble, followed by the three-storey primary school building, slightly set back, and the one-storey house for children as the border in the south. Each of the buildings can be accessed separately. The forecourt that is created can also be used by the residents of the neighbourhood outside of school hours. The school courtyard is designed as a multi-coded learning environment. On the south side of St. Barbara church, new, special outdoor facilities will be created with greenery, play areas and public footpaths, which will become part of the green strip in the creative district, linking existing elements and the newly planned areas of leisure and experience. They will create a transparency between the school and the heterogeneous surroundings of small buildings. In this way, the school life will be carried both into the school building and out of it, as a flowing space of communication for all visitors to the building.

The learning house building sections are star-shaped and grouped around a central, spacious stairwell. The school building develops around this core. It forms the vertical and horizontal access- and orientation axis within the building, the place for encounter and communication with visual links to the sports hall, to the school canteen and to the outside spaces. From here, the music rooms and staff rooms, sports hall and administration tract can be accessed, as well as the dining hall and multi-purpose room, which are transparent from all sides and can be linked together. The house for children is partly inserted underneath the school building, while the other half is set like a pavilion in the green area.

The two star-shaped upper storeys, set above one another, contain a total of five learning houses, as well as a smaller learning house for the subject-based classes on the first floor. The roofscapes on the first floor are embedded in dense roof greenery and provide space for the school garden, smaller events, seating and further utilizations such as the caretaker’s house in the form of a roof pavilion on the house for children.