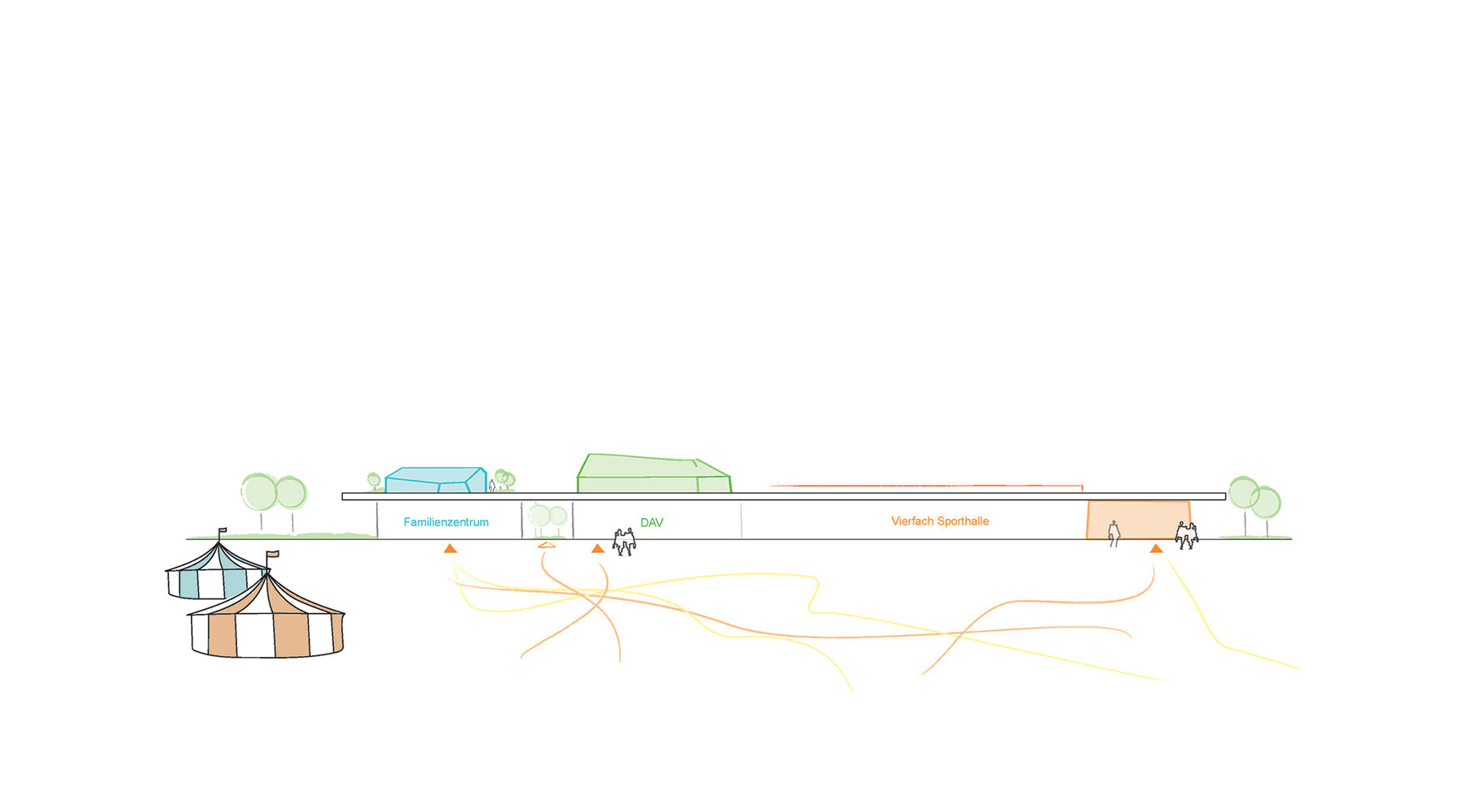 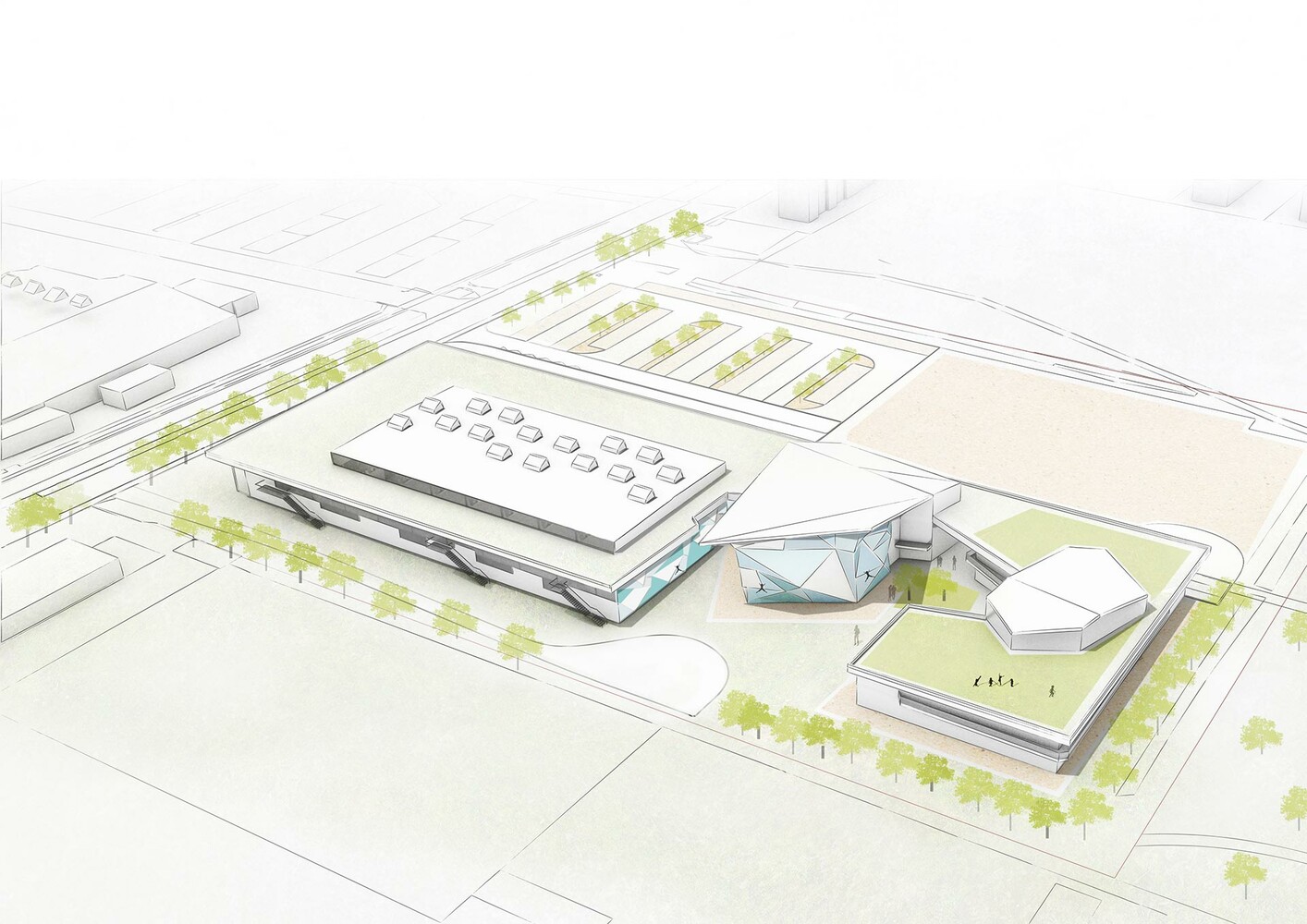 A new civic meeting place and health center is being built on a former military site at the southwestern edge of Erlangen’s Röthelheim Park. In addition to a climbing tower and bouldering hall for the German Alpine Club, the complex includes a multifunctional sports hall that can be used by schools as well as sports clubs and can host events with up to a thousand spectators. There is also a municipal family center consisting of a kindergarten, a daycare facility, study rooms for elementary-school children and adolescents, and a family educational center. A fairground is being constructed in the northeastern part of the site that will be able to host a variety of attractions such as a circus, evening flea markets, and concerts.

While the property adjoins an area of new buildings to the north, its southern boundary runs alongside an athletics field, and it is bordered to the east by the Exerzierplatz nature reserve. Access is from Hartmannstraße on the west, and across the street from the site is the Röthelheimbad, which comprises a covered and an open-air pool.

The aim of the master plan is to bring together the three main sections—the quadruple sports hall, the climbing and bouldering center, and the family center—to form a whole that makes all the functions of the complex open and easily accessible to all. The three separate buildings will be connected by a single, shared roof, creating an inviting courtyard between the spacious outdoor climbing area with its 15 m tower and the open-air spaces of the family center. In a subsequent construction phase, a smaller fourth story will be added on the roof above the climbing and family centers, which are characterized by two independent free-form volumes.

The main entryway is at ground level throughout the site in order to provide direct access both from the parking lot and from the bus stop on Hartmannstraße.