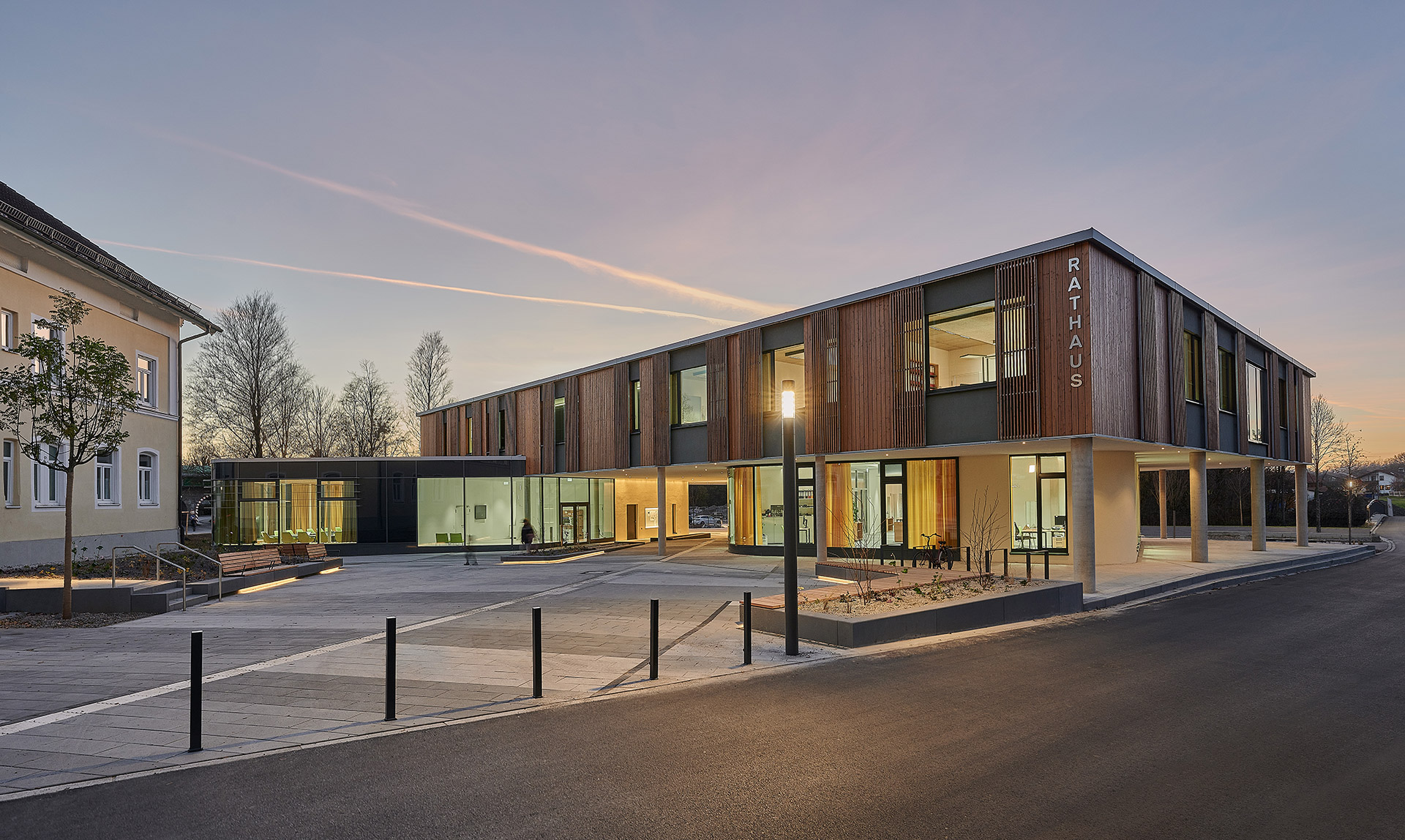 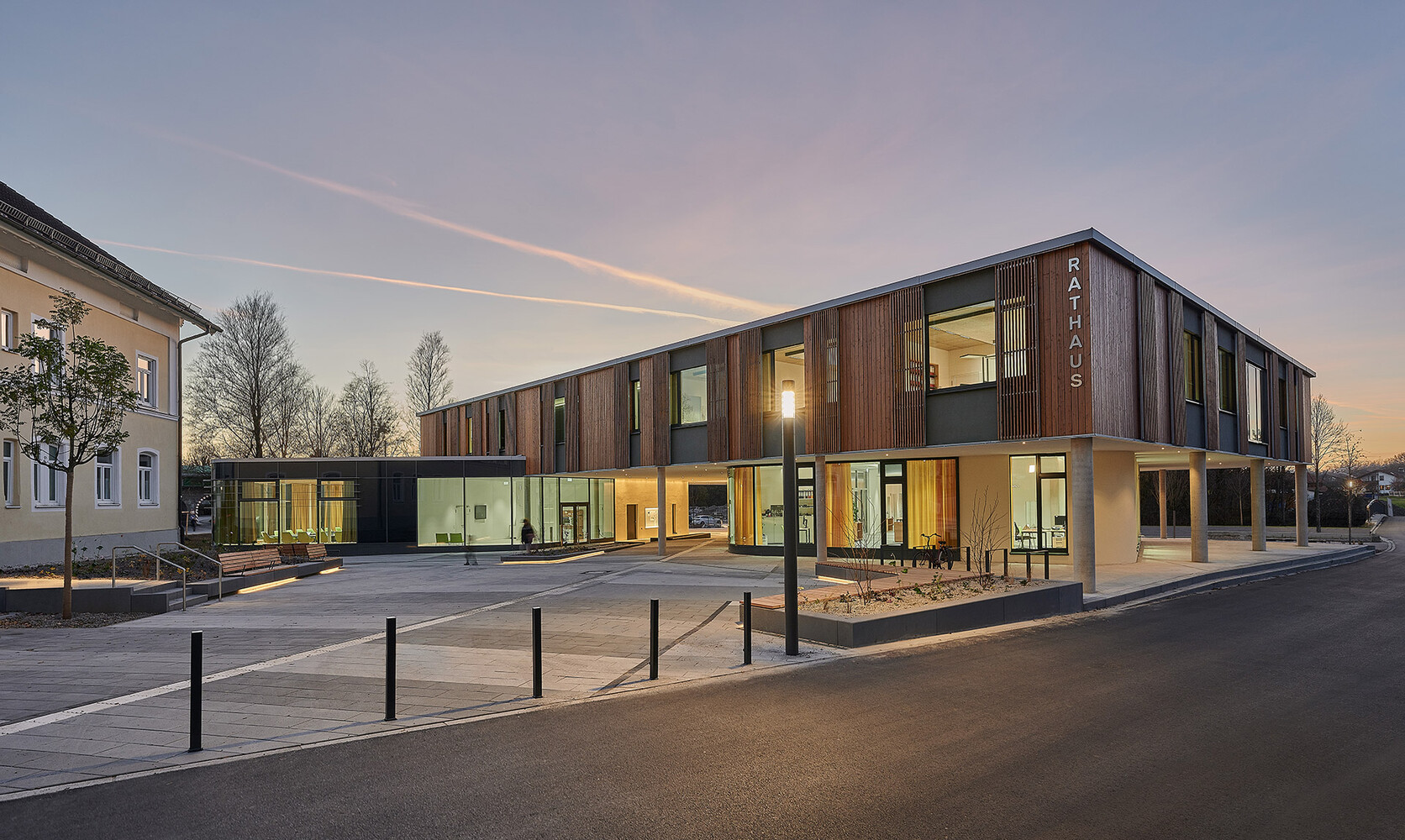 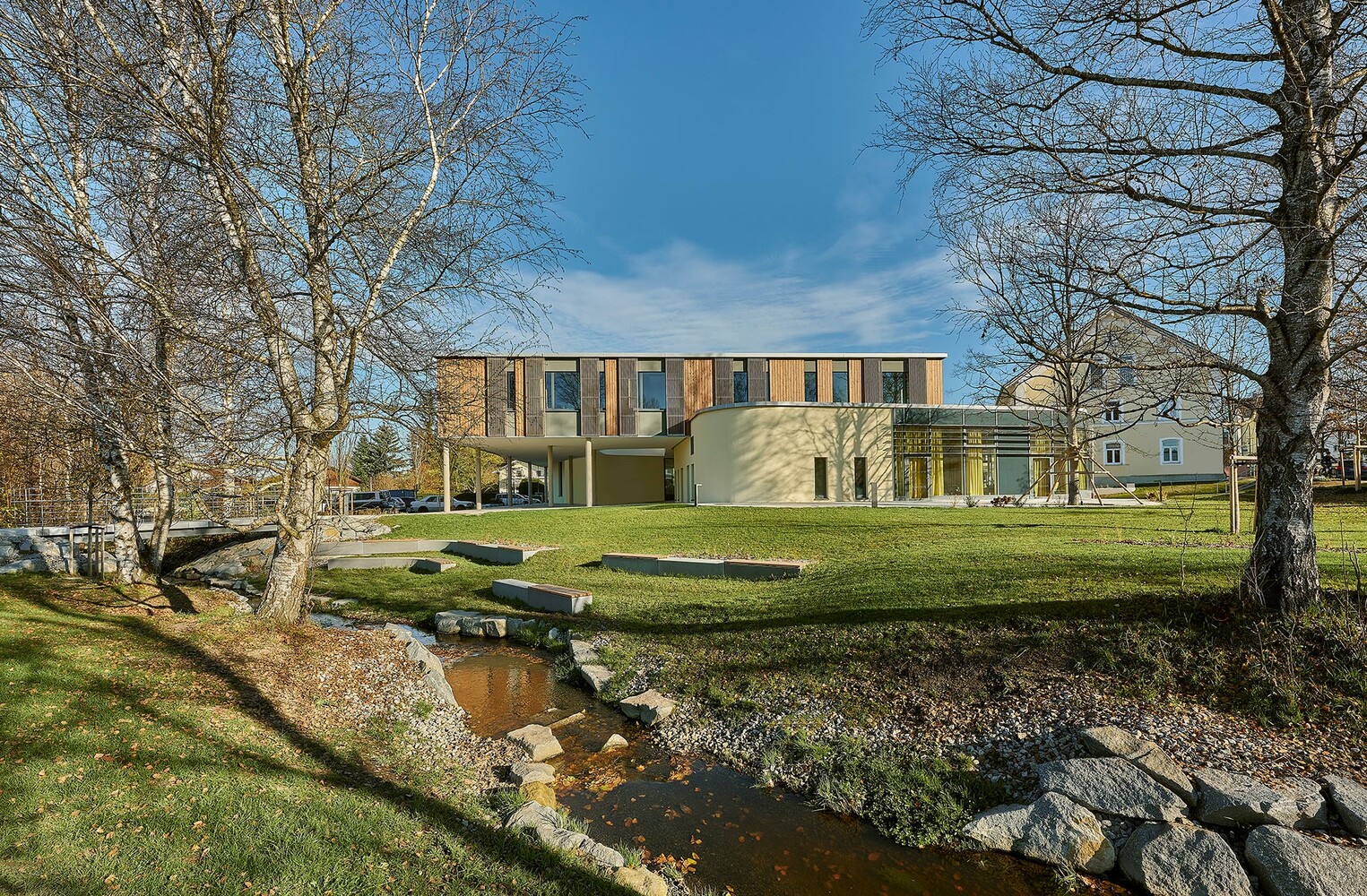 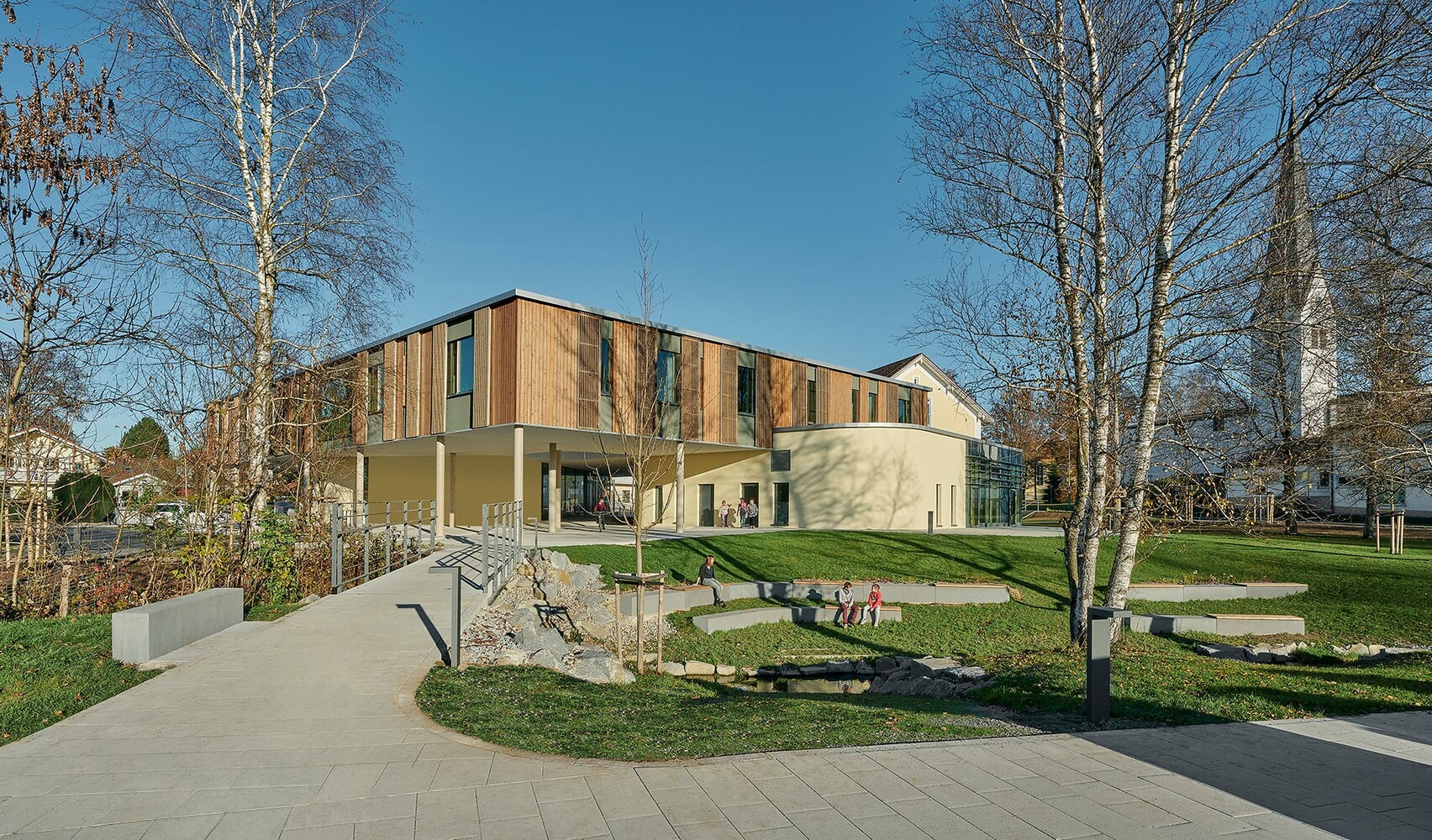 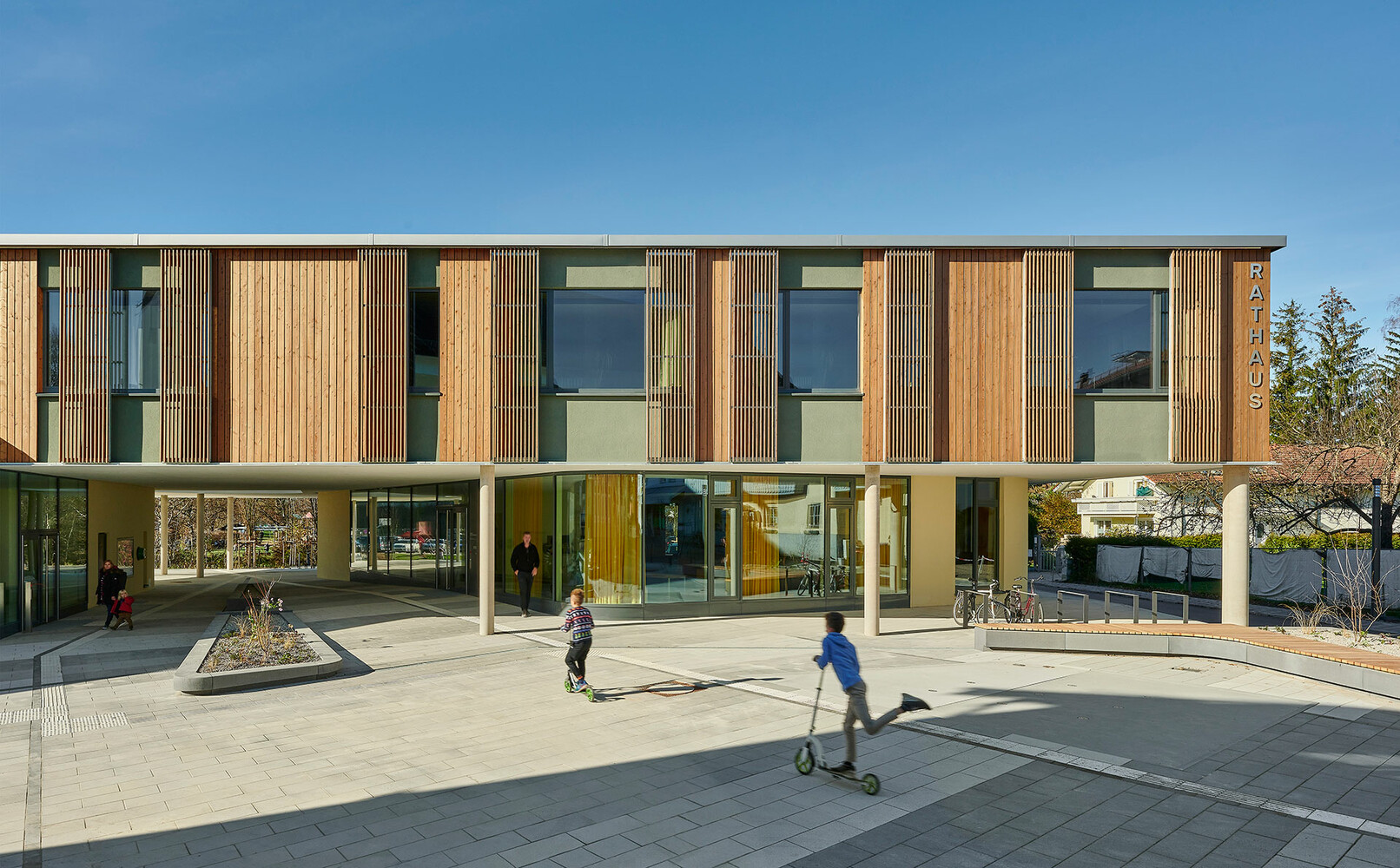 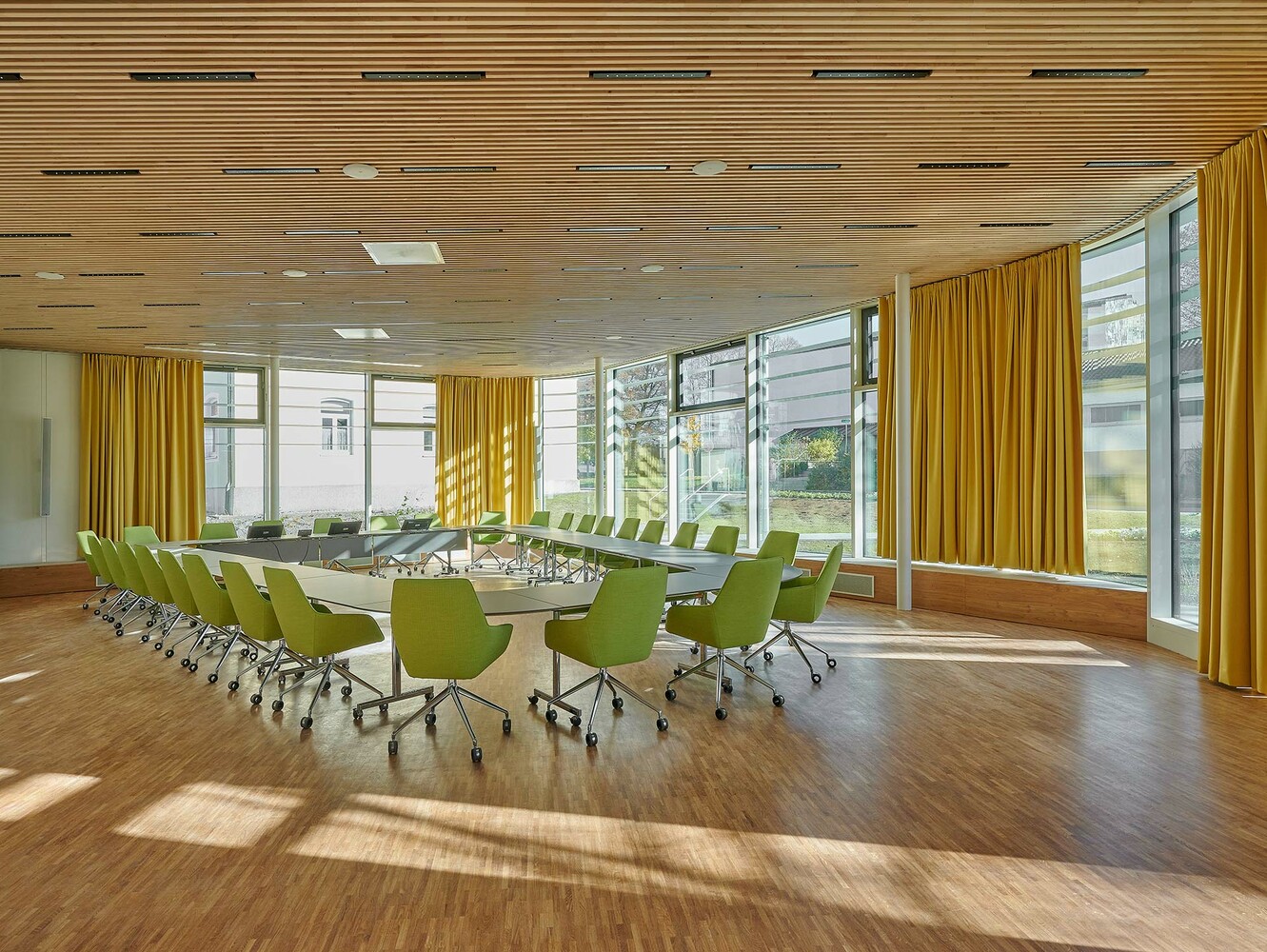 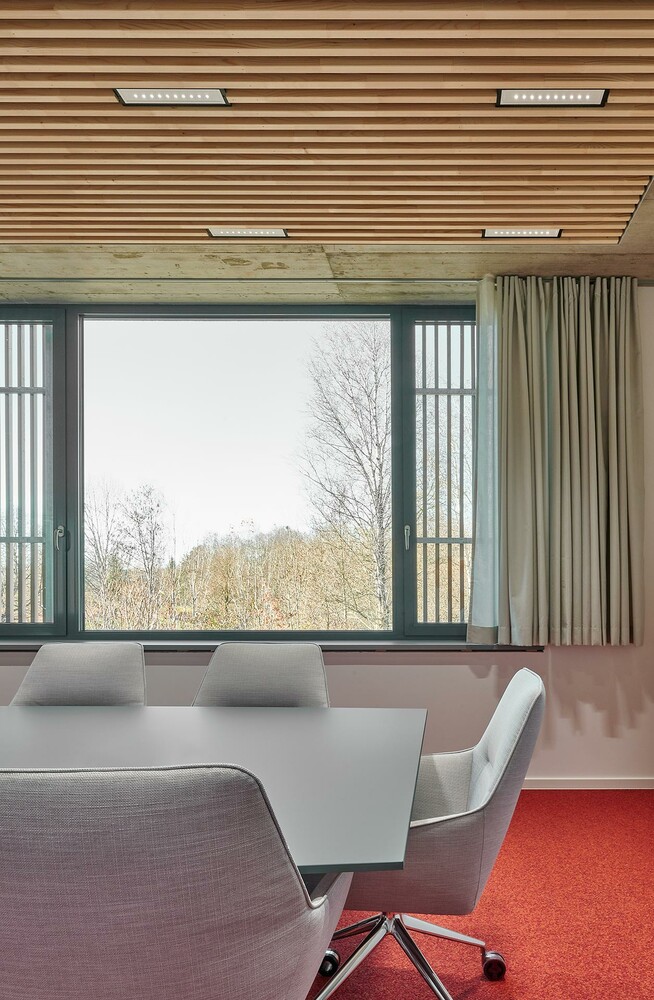 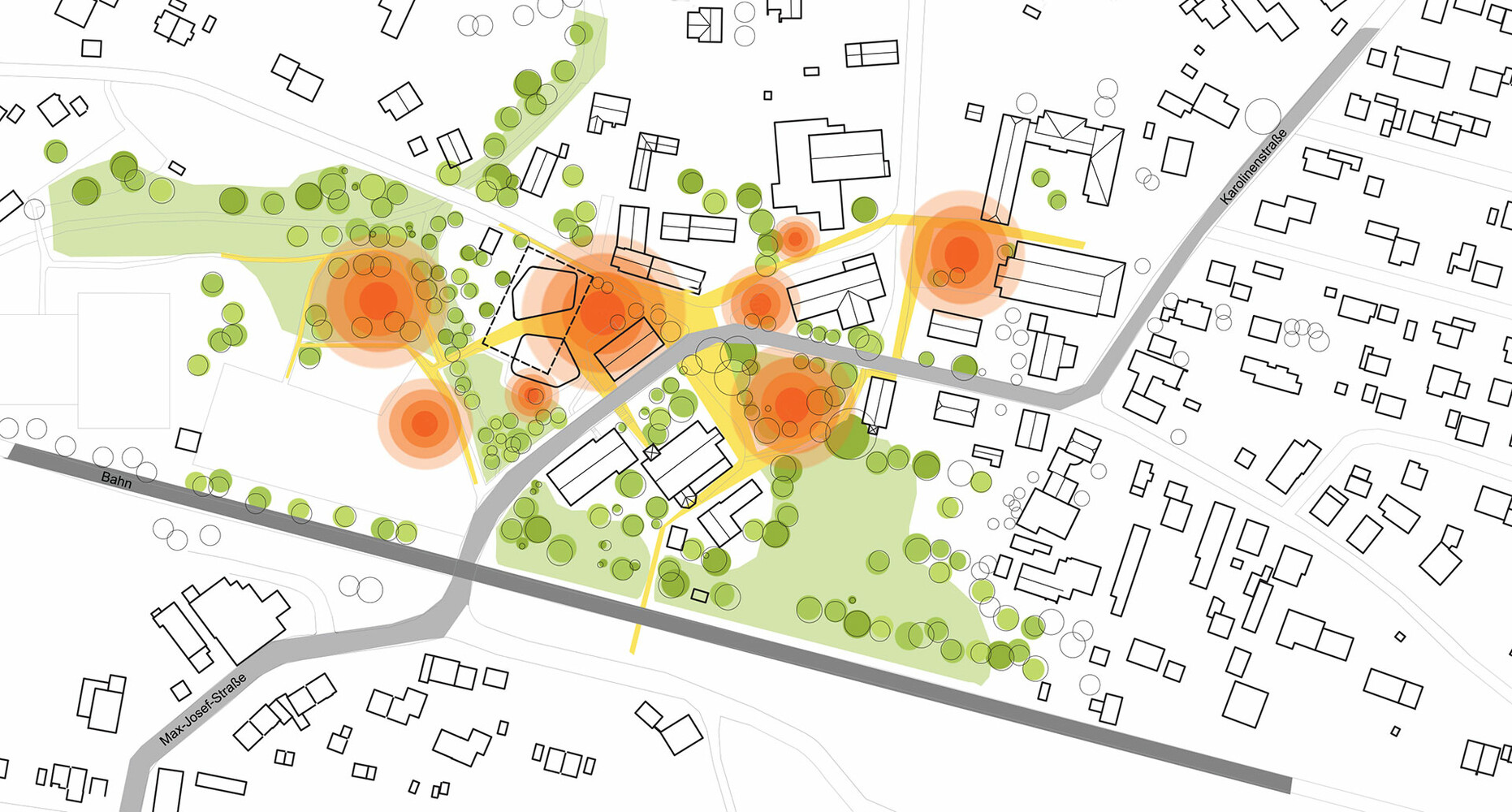 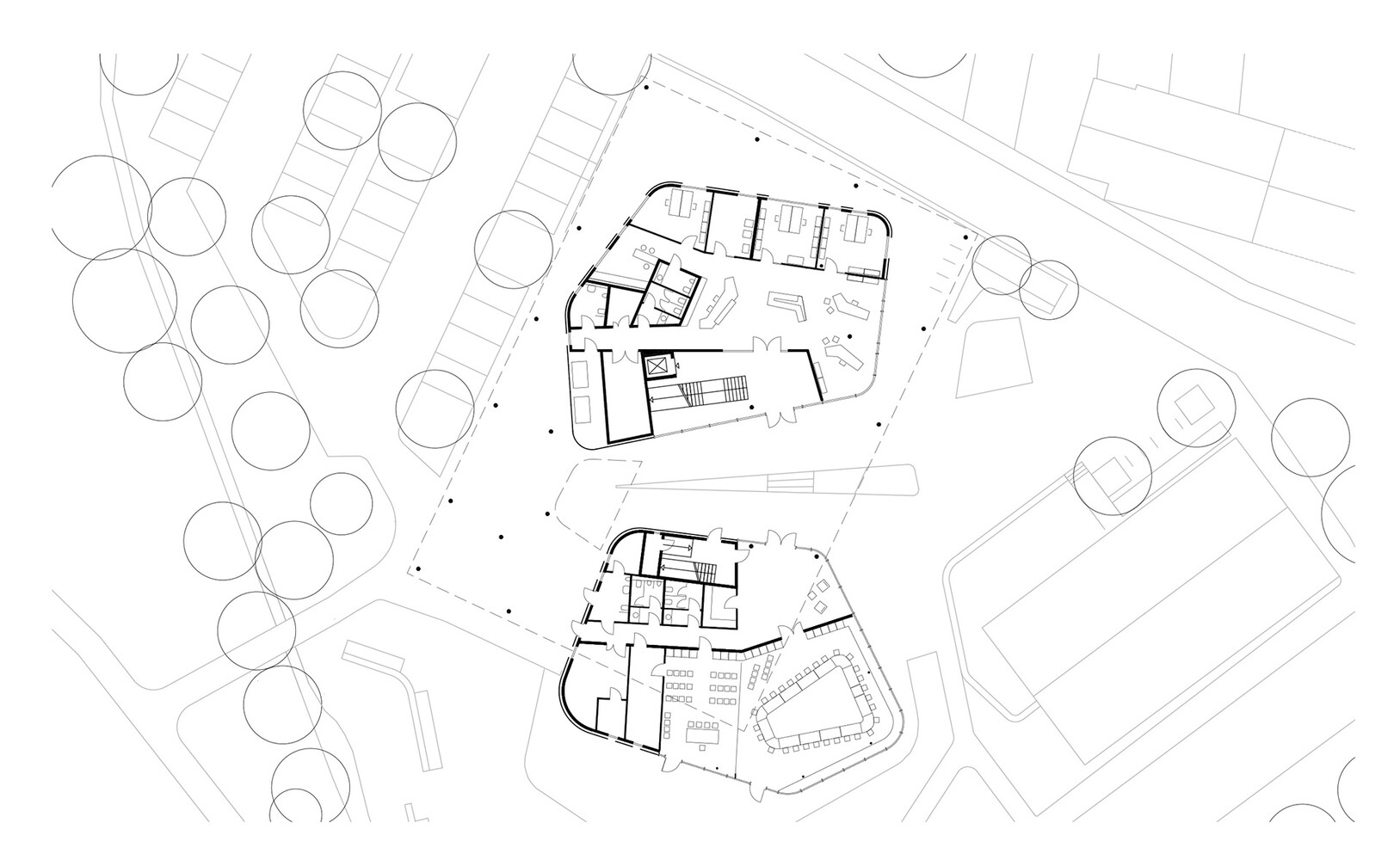 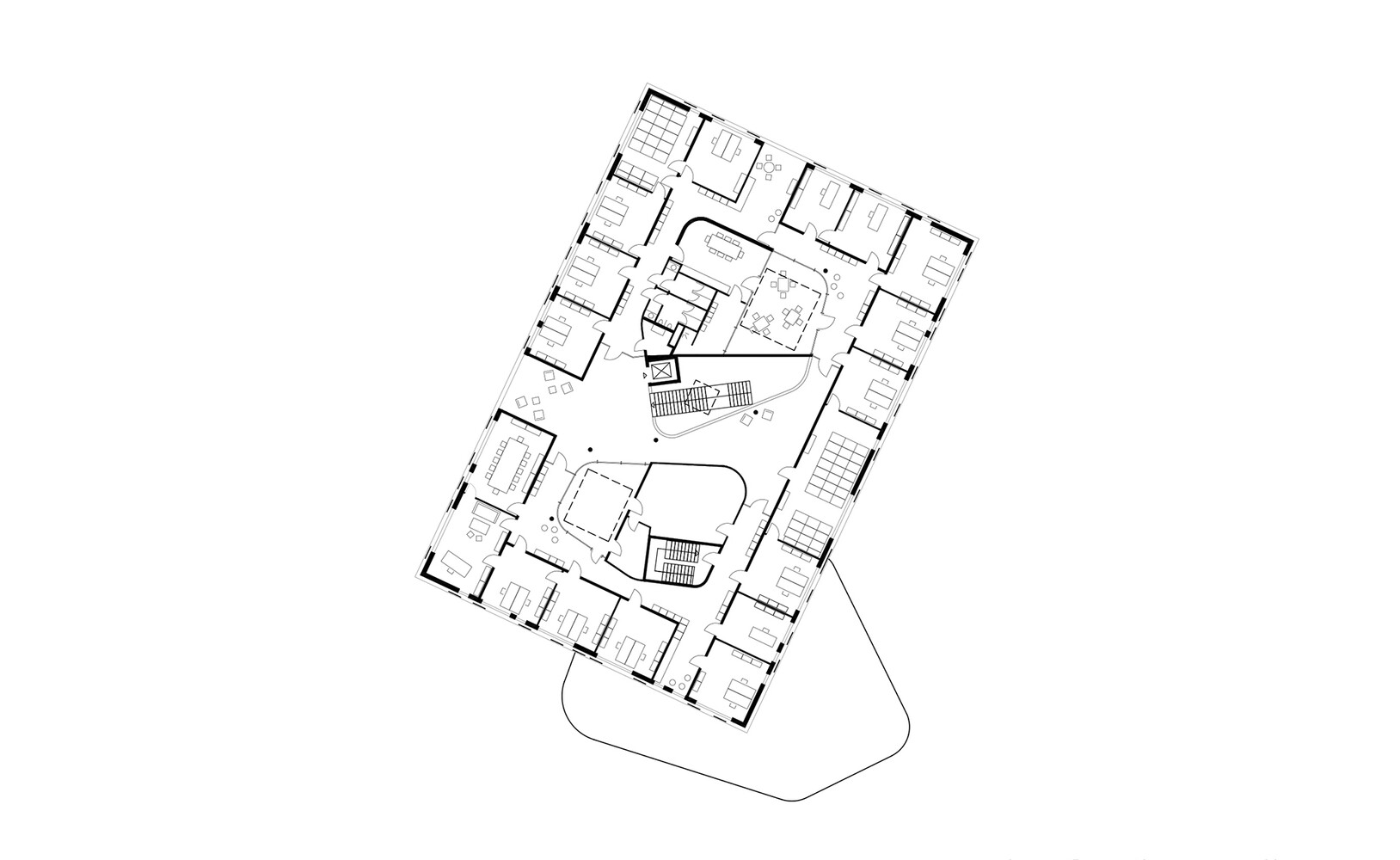 The distinctive appearance of the new town hall adds a modern and assured touch to the small Bavarian town of Großkarolinenfeld. The outdoor areas adjacent to the building have also been refurbished and enhanced, making for a new focal point in the center of the town. Various public green spaces and recreational areas, new pathways, and provisions for seating offer local residents attractive opportunities for meeting and undertaking activities together.

Großkarolinenfeld, to the north of the city of Rosenheim, had previously lacked a clearly defined center. A network of newly designed green areas, public squares, and pathways creates an effectively integrated urban space. The new town hall square is situated between the old and the new town hall buildings, with a route through the open space leading to the green spaces around the Erlbach stream to the southwest. This public path through the building connects the square via a pedestrian bridge with the playground and public festivals area. The adjacent town hall gardens include generous stepped seating for rest and relaxation.

The new town hall with its redesigned square and the familiar old town hall building open the way confidently into the new town center. As befits an important public building, the town hall is set apart by dint of its size and location, but it is also part of an ensemble that has a clear relationship with the neighboring buildings. The first story houses services for citizens: it is divided into two independent sections with a free-form design characterized by a sense of transparency. Set in the middle of a large space designated for public use, the two ground-level sections also emphasize the theme of open access from the town hall square to the green areas to the west. On the one side, there is the busy citizens’ service office, including the foyer and an open staircase leading to the upper story. On the other side, there is the council chamber and the room for wedding ceremonies.

The upper story stands above the two parts of the first floor as a regular oblong block. This houses the less public offices of the municipal administration. The management, construction, and finance departments, which are each grouped around a corner of the block along the exterior facade, are ranged around two atriums in the interior. One of these extends down into the first story, penetrating the building with daylight, while the other is restricted to the upper story and creates an internal space.

As they have distinct functions, the facades of the two levels are different. While the transparent and open glass surfaces emphasize the building’s public function and link it directly to the surrounding area, on the upper level, open surfaces alternate with closed expanses of pre-grayed larch. The window areas are fitted with sliding shutters, composed of vertical wooden slats, that can be opened and closed by hand, providing an effective shading device. The use of three different layers on the facade gives the building a striking and distinctive appearance.