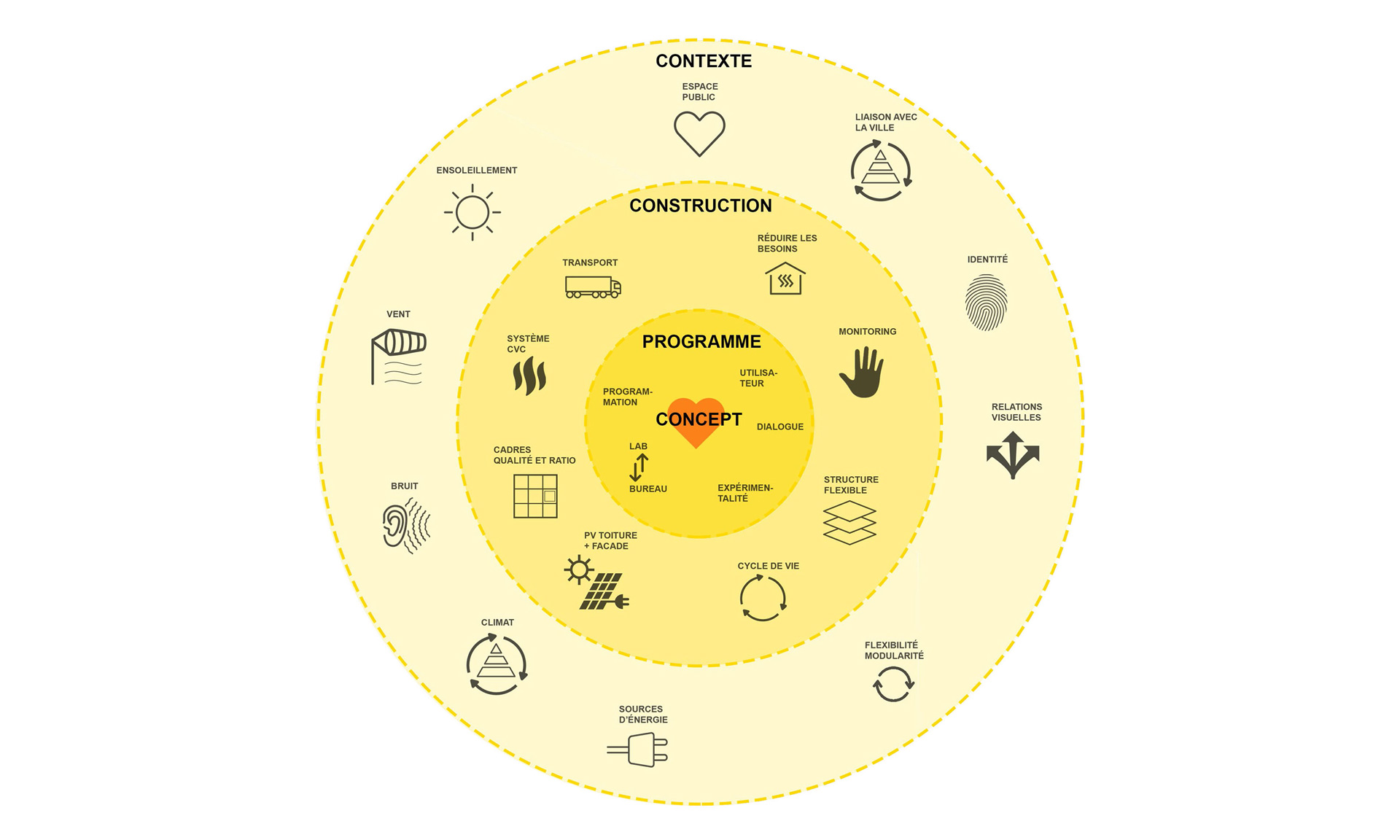 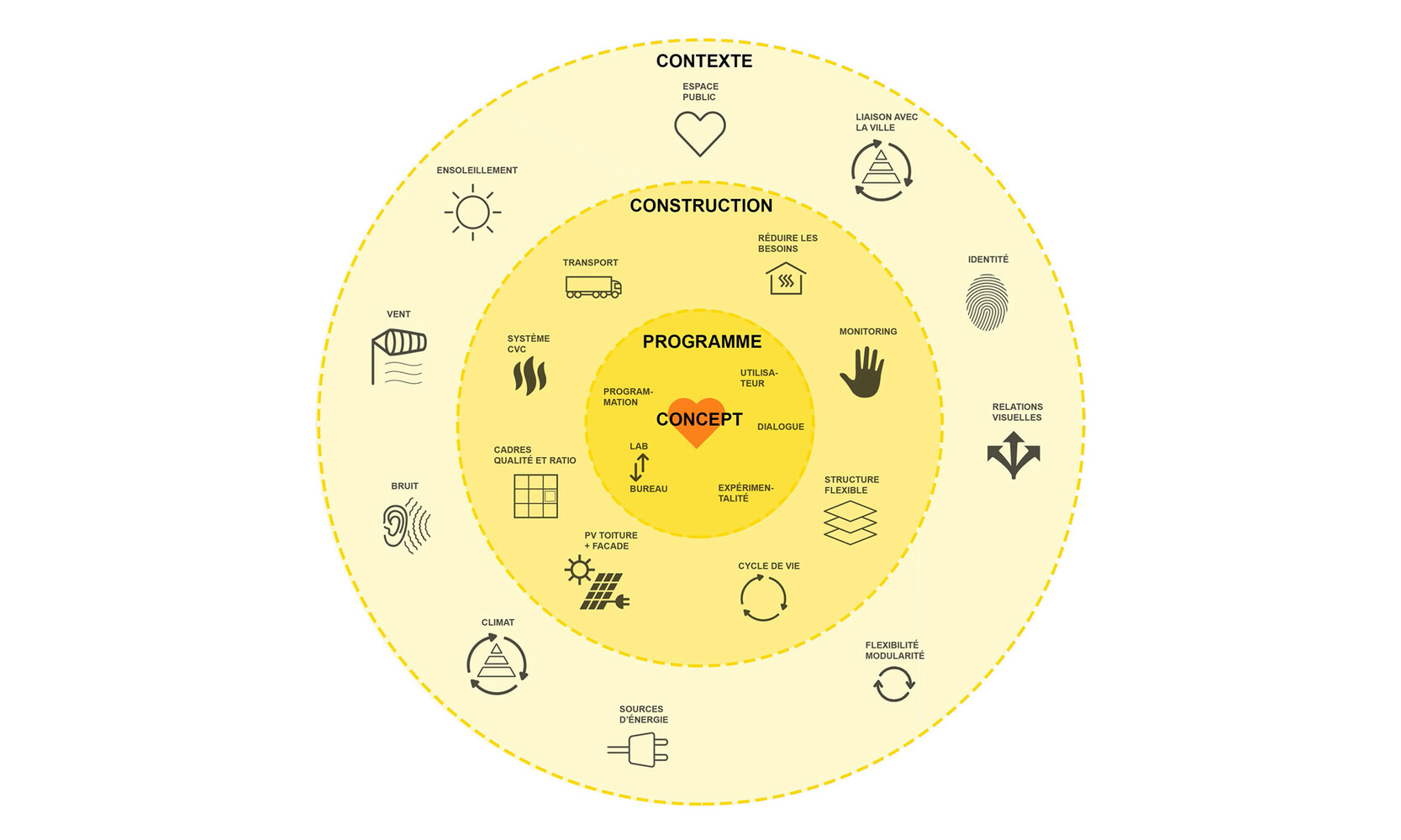 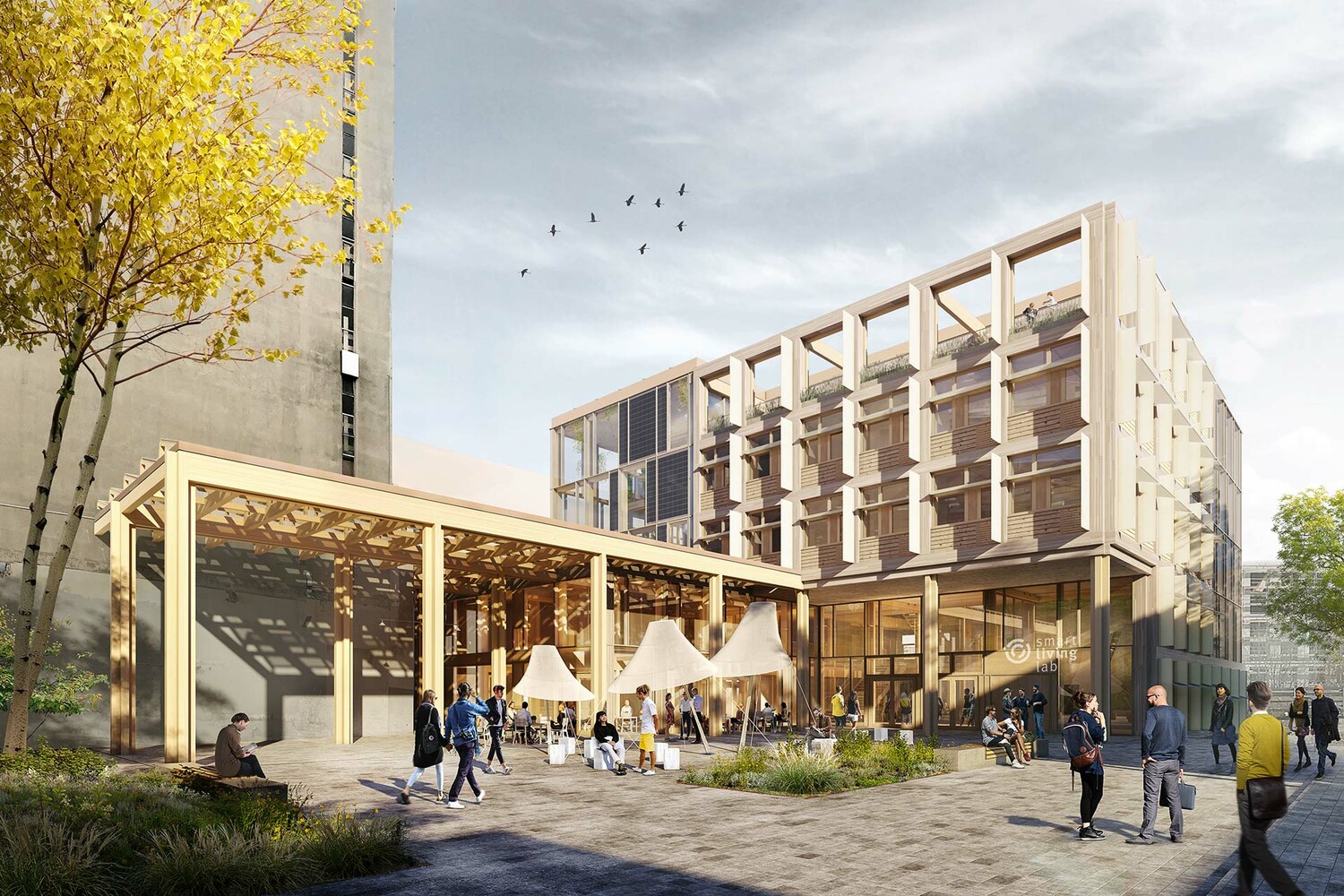 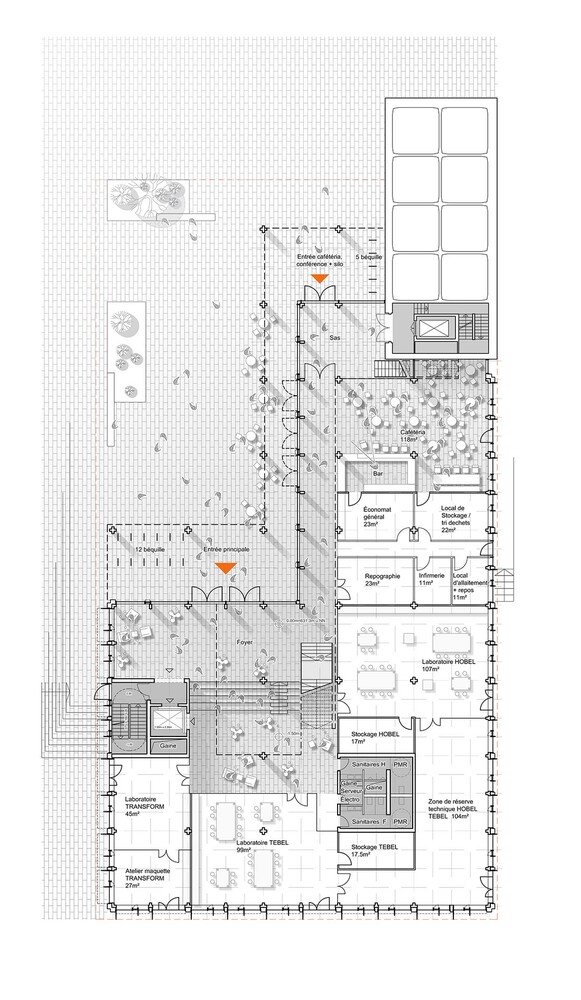 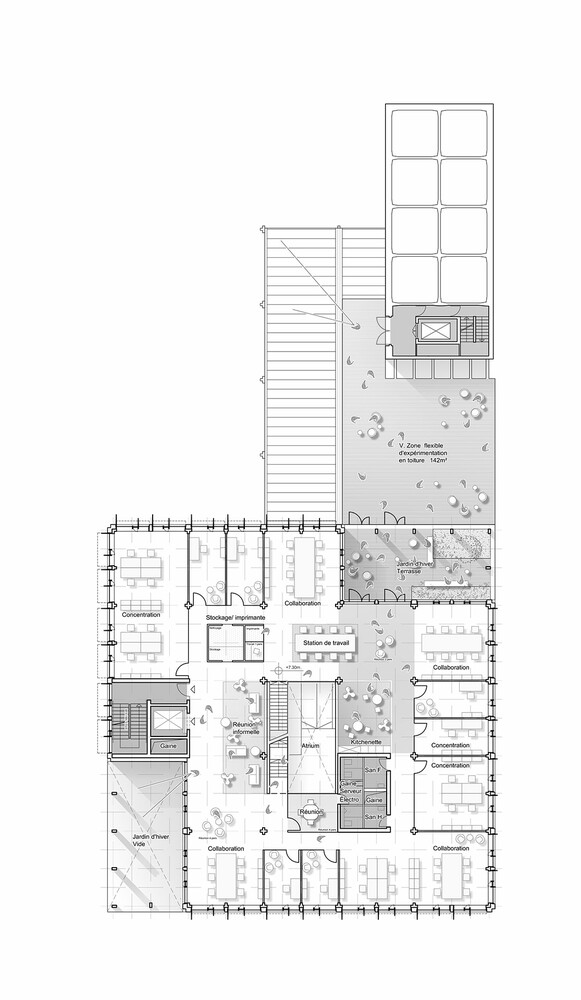 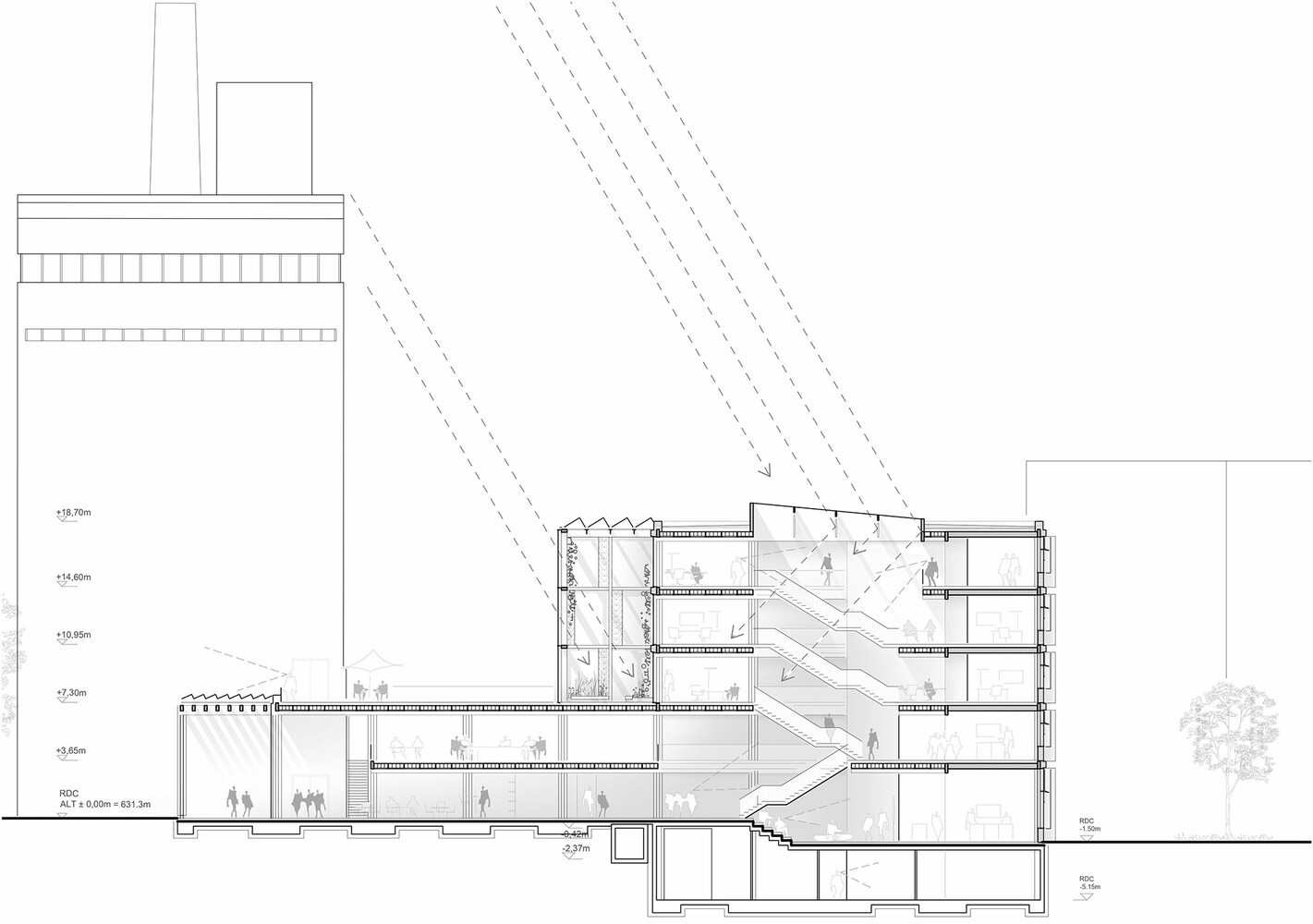 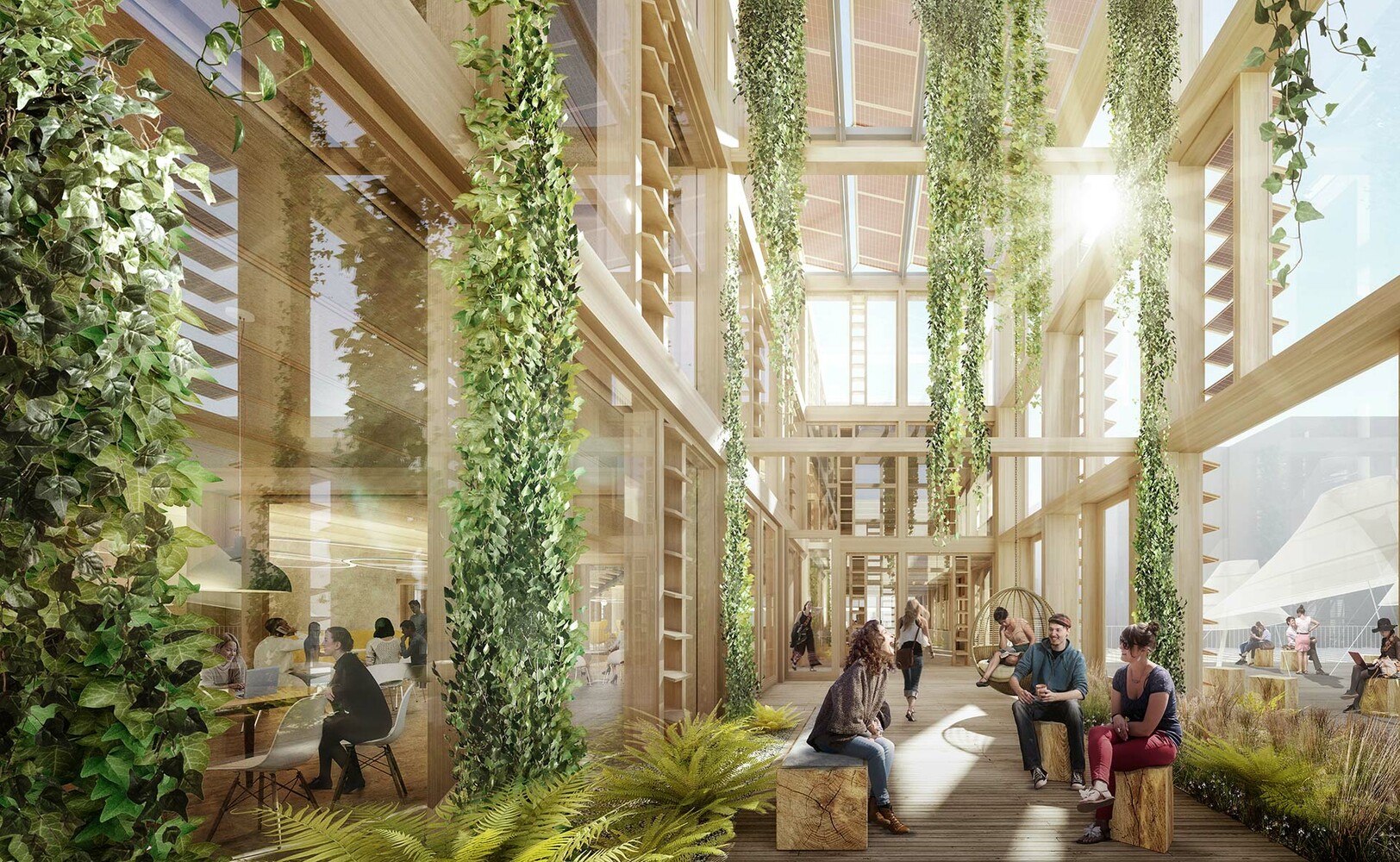 In Fribourg, Switzerland, the Smart Living Lab – a research center studying the future of the built environment – will occupy a central location where the old Cardinal brewery stood. Part of the new blueFACTORY quarter, which seeks to connect stakeholders from business, innovation, culture, and society, the SLL offers spaces for experimental interdisciplinary research into sustainable building. The aim has been to design a structure that minimizes energy consumption, with materials and construction methods carefully chosen to optimize life-cycle impacts and reduce grey energy. Intelligent, custom-built facades, winter gardens as “green lungs,” and an open layout, fostering interaction, are part of a sustainable approach that anchors the new building as a symbolic centerpiece of the site.

The Smart Living Lab will play a key role at the heart of the new “low carbon” district. The design incorporates the existing buildings – a silo and a chimney with heritage value – presenting the past as a source of local identity. Key to the contextual approach is the central square, an event space, that also acts as a generous invitation, drawing visitors inside. The building’s experimental areas face outward, making research work visible to the passersby. The winter gardens act as connectors – both from the outside as showcases - as well as from the inside, offering views to the city beyond.

The Smart Living Lab allows researchers to study sustainable construction in interdisciplinary teams. The building thus not only houses the institute but also serves as an object of experimentation itself. The aim was to design an exemplary structure, whose compact form would optimise the ratio of volume to facade area, whilst displaying a sophisticated differentiation. The timber-frame was based on an efficient grid system. The building’s fixed installations are reduced to an absolute minimum, ensuring that it can serve a wide variety of functions, as well as adapt to future changes. Its coherent spatial design and light-flooded atrium foster dialogue and interaction. It offers a range of different spaces, including experimental areas, offices, lounges, roof terraces, and winter gardens.

The facade plays a key role in the sustainable climate concept. Prefabricated, timber elements are inserted into the grid of the structural timber frame. Vertically and horizontally arranged lamellas provide shading – their geometry tailored specifically according to their orientation, affording customized use of natural light as well as sun protection. In addition, the lamellas integrate photovoltaic elements to produce energy. The facade can also respond intelligently to seasonal requirements: The winter gardens act as a source of solar-preheated air in spring and fall, thus reducing energy consumption. The heating, cooling, and ventilation systems are all integrated into an intelligent timber ceiling construction, with clay panels serving as thermal mass.