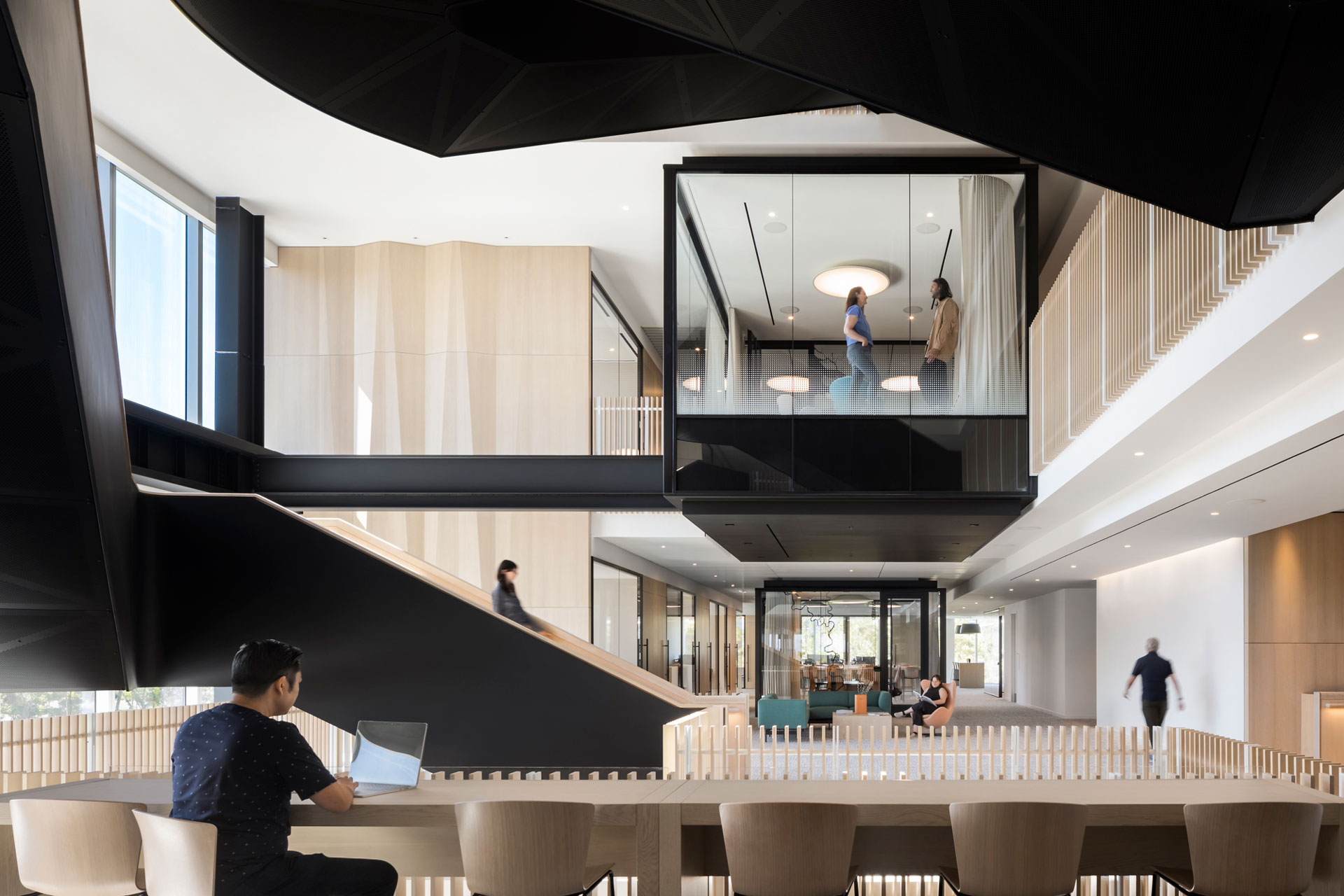 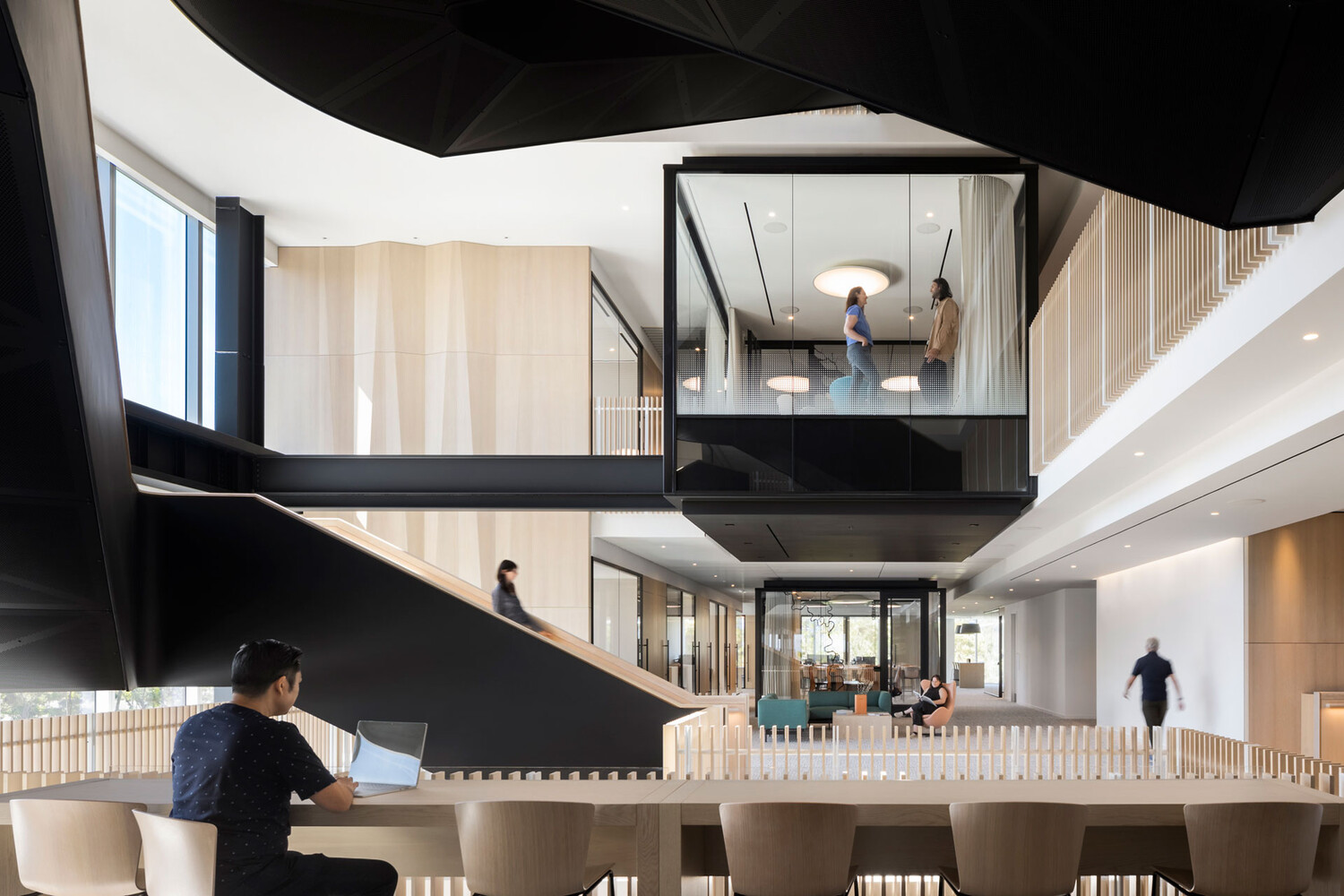 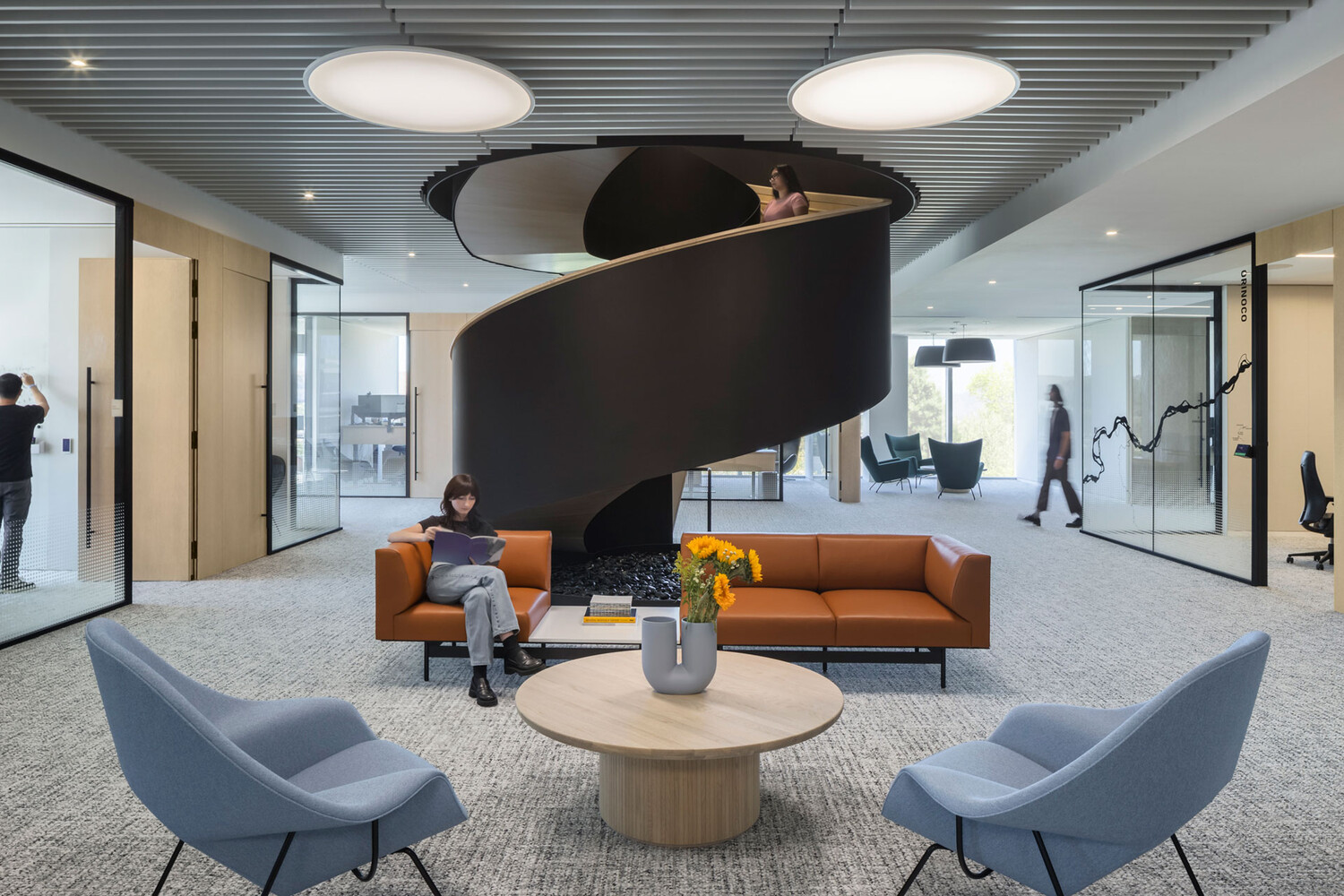 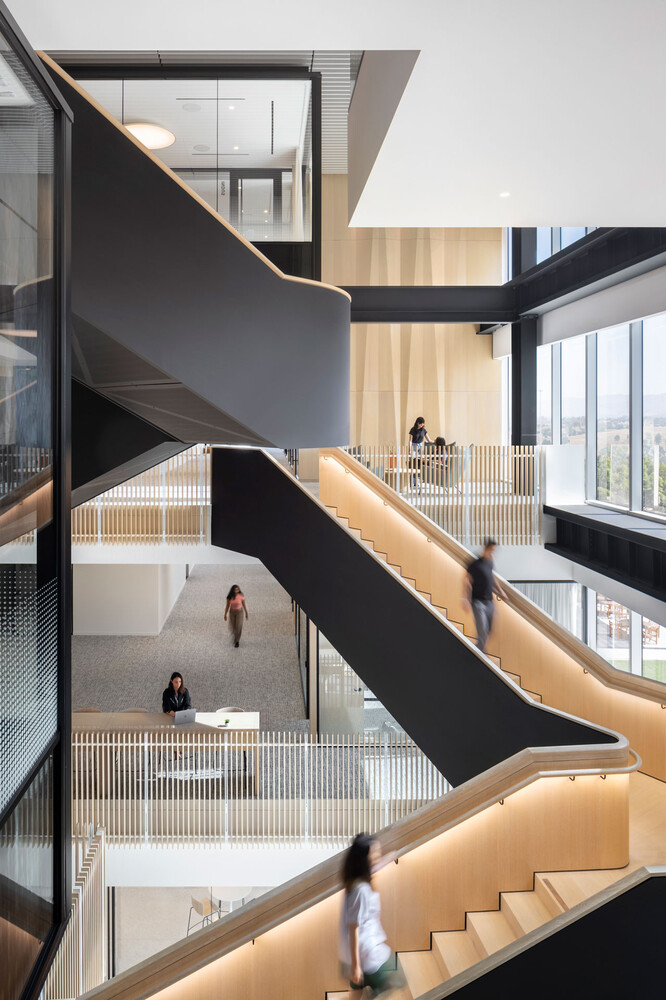 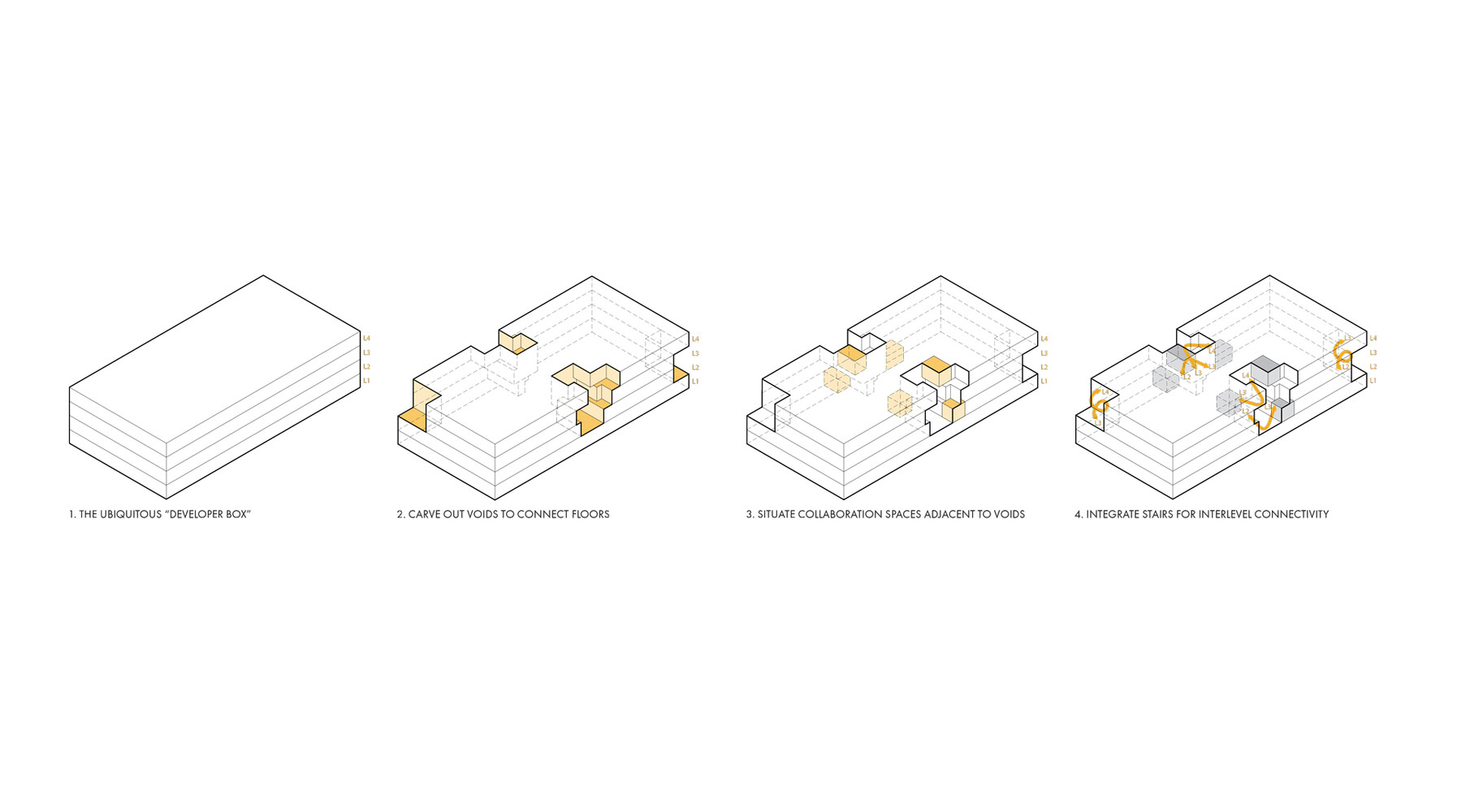 For SC Workplace, we transformed the ubiquitous “developer box” – a 110,000 square-foot, four-story, 120’x240’ core and shell building with a central elevator lobby - into a dynamic work environment, which promotes connection and collaboration. To achieve interconnectivity between the four contiguous levels of the core and shell building, large openings were carved out of the floor slabs. Eccentrically-shaped atriums on either side of the central elevator lobby yielded a diversity of spatial environments and visual connections between levels. The majority of the collaboration spaces were centrally located overlooking the atrium. A pair of hairpin-shaped stairs were situated in each atrium and connected users between office levels (2-4) promoting inter-level exchange, but also served as a sculptural element within the space. Additional voids were cut out of opposing building corners to create two-story lounges for larger gatherings. These spaces were connected by circular stairs as a secondary means of vertical circulation. The multitude of options between levels allow users to move freely from floor to floor.

Private offices were organized at the building perimeter ensuring daylight and views for all users. Building corners were strategically left open as gathering spaces and to maximize daylighting. At the ground floor, a bouldering wall wrapped the building core within a fitness and games area. In addition, a large dining hall with indoor and outdoor seating provided a tranquil environment to connect with colleagues. An art program and way finding design incorporated a global and geographical concept.