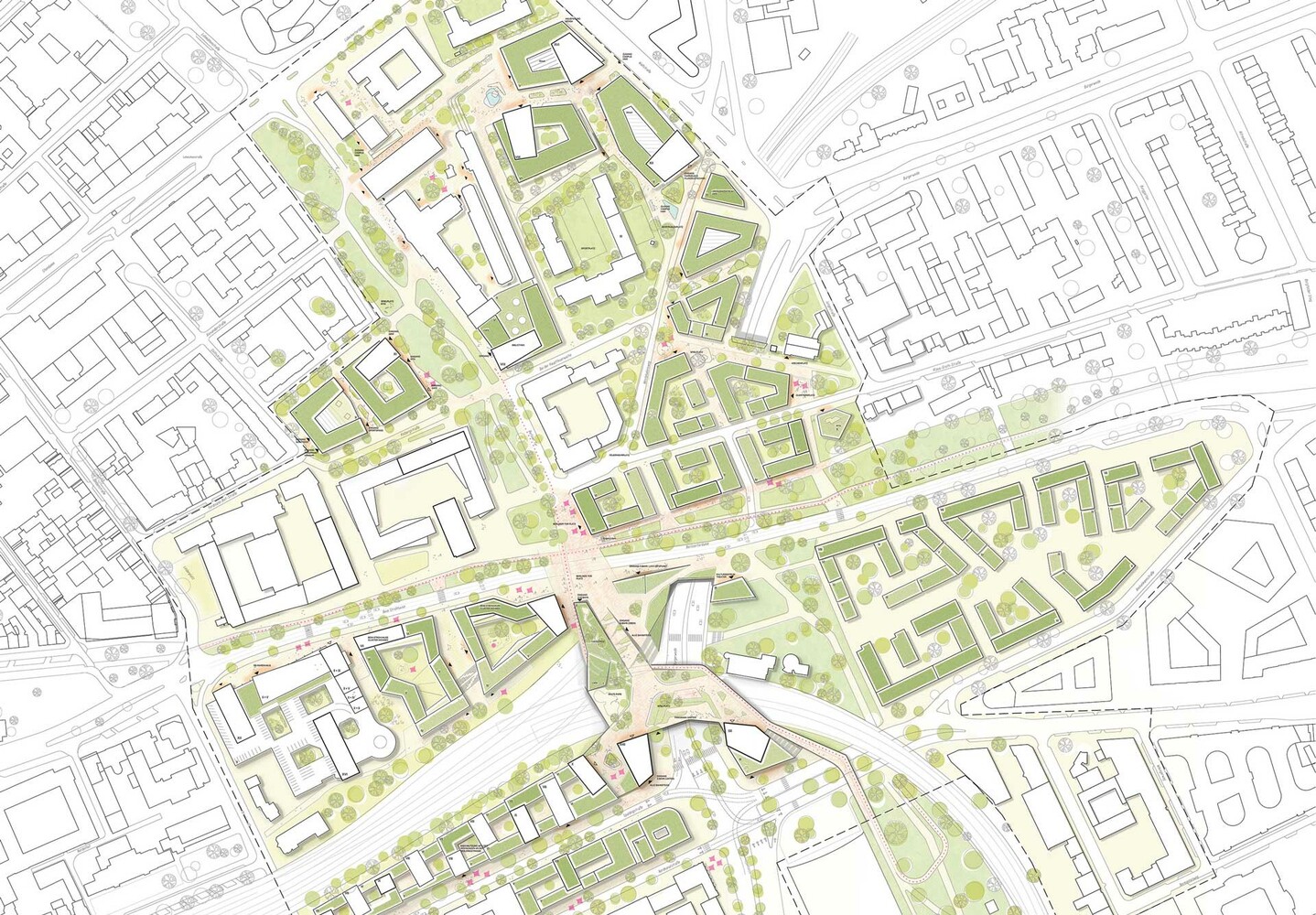 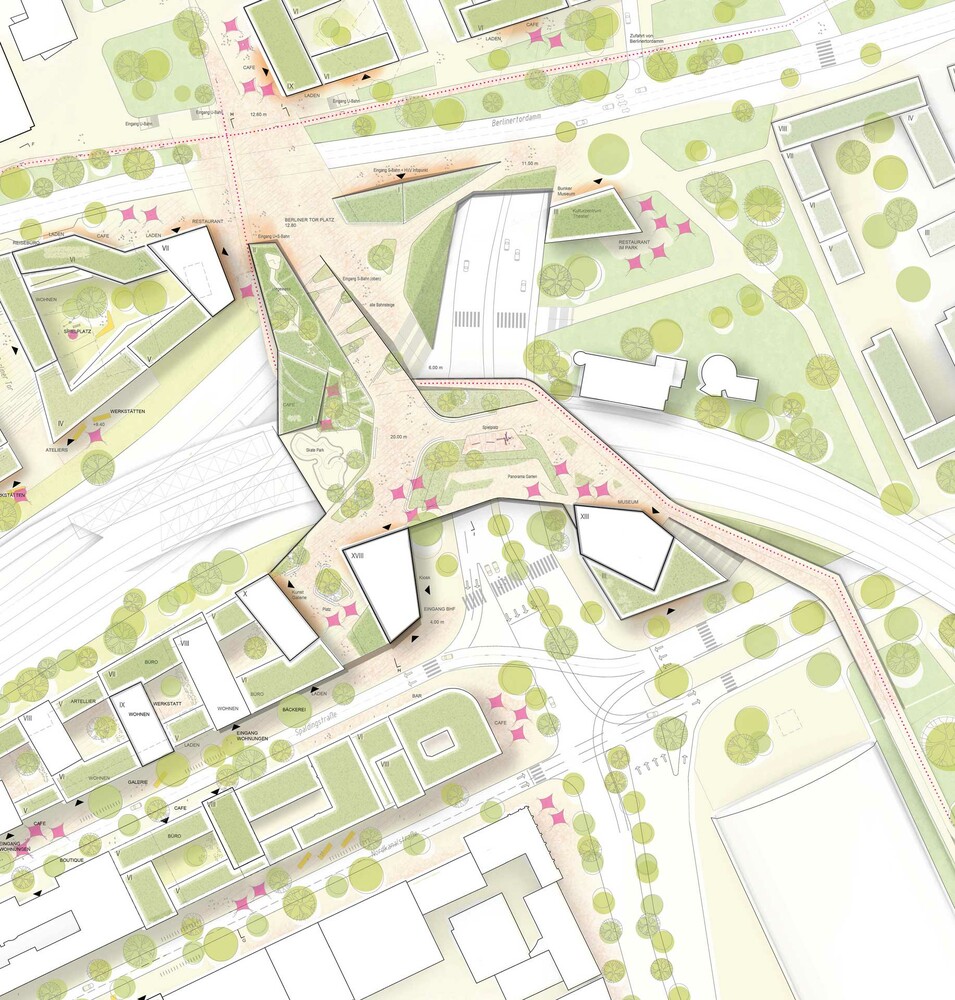 For the area around the Berliner Tor, between the Hamburg districts of St. Georg, Borgfelder and Hammerbrook, the Department of Urban Development and Housing conducted a test planning procedure with four invited planning teams. New ideas were to be developed to give a new identity to the heterogeneous traffic junction, where streets, S-Bahn lines and cycle paths are concentrated on different levels.

Together with Ramboll Studio Dreiseitl, we proposed a green landscape bridge that spans the traffic node of tracks and roads and redefines the public space as a connecting element. The intersecting green axes Alster-Bille-Elbe (north-south) and Horner Geest (east-west) are brought together and strengthened through a series of structures and visual connections, so that an ecological, high-quality green space with a high quality of stay is created. A dense sequence of attractive squares and meeting points offers diverse qualities and forms a connecting network between residential areas, office quarters and the university.

The concept offers a forward-looking proposal for how livable places can be developed in problematic situations: with re-densification, filling the gaps, creating green corridors and green spaces, routing traffic in an intelligent way and offering attractive public transport that does not dominate the cityscape but coexists with the other urban structures.