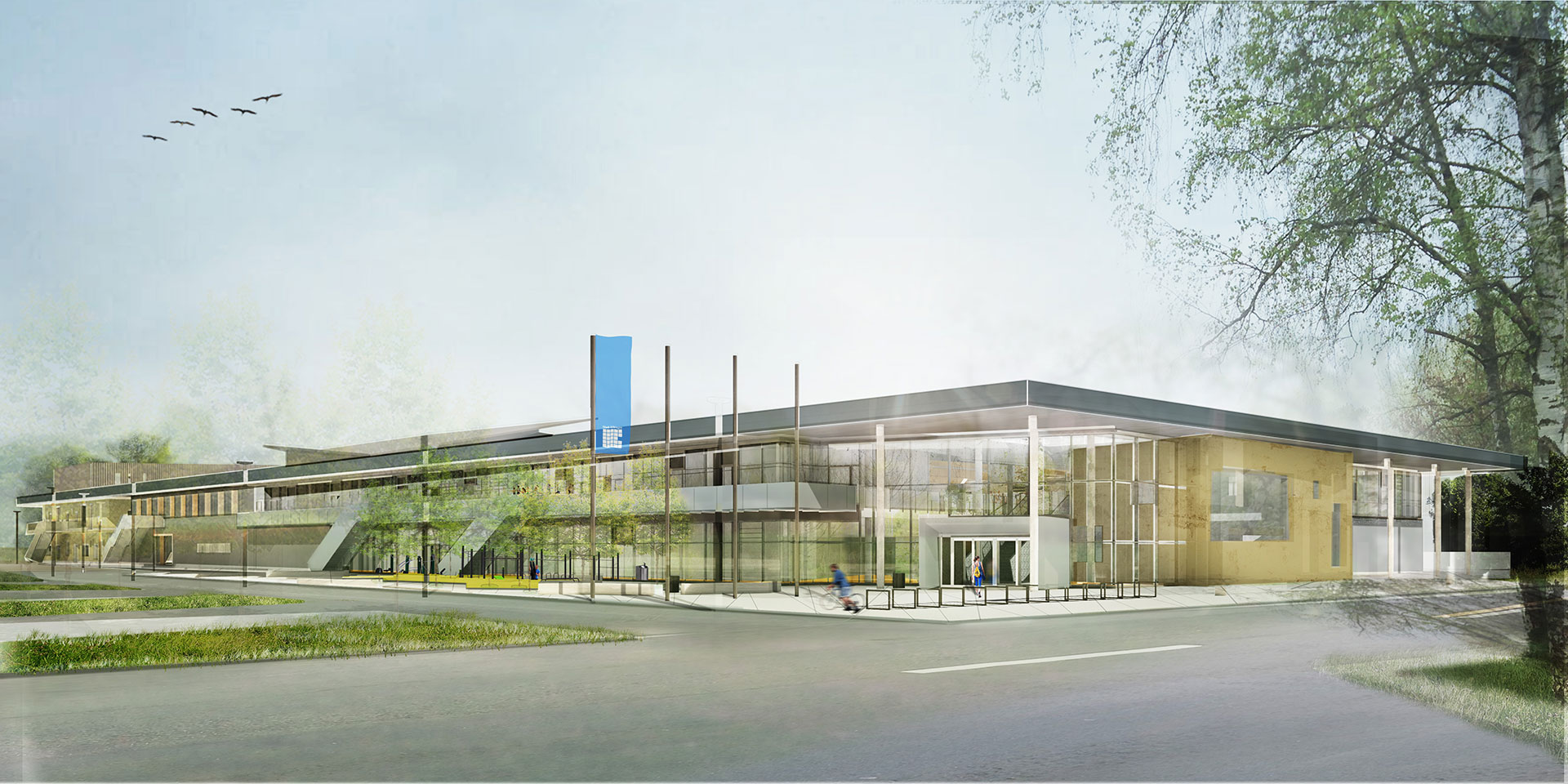 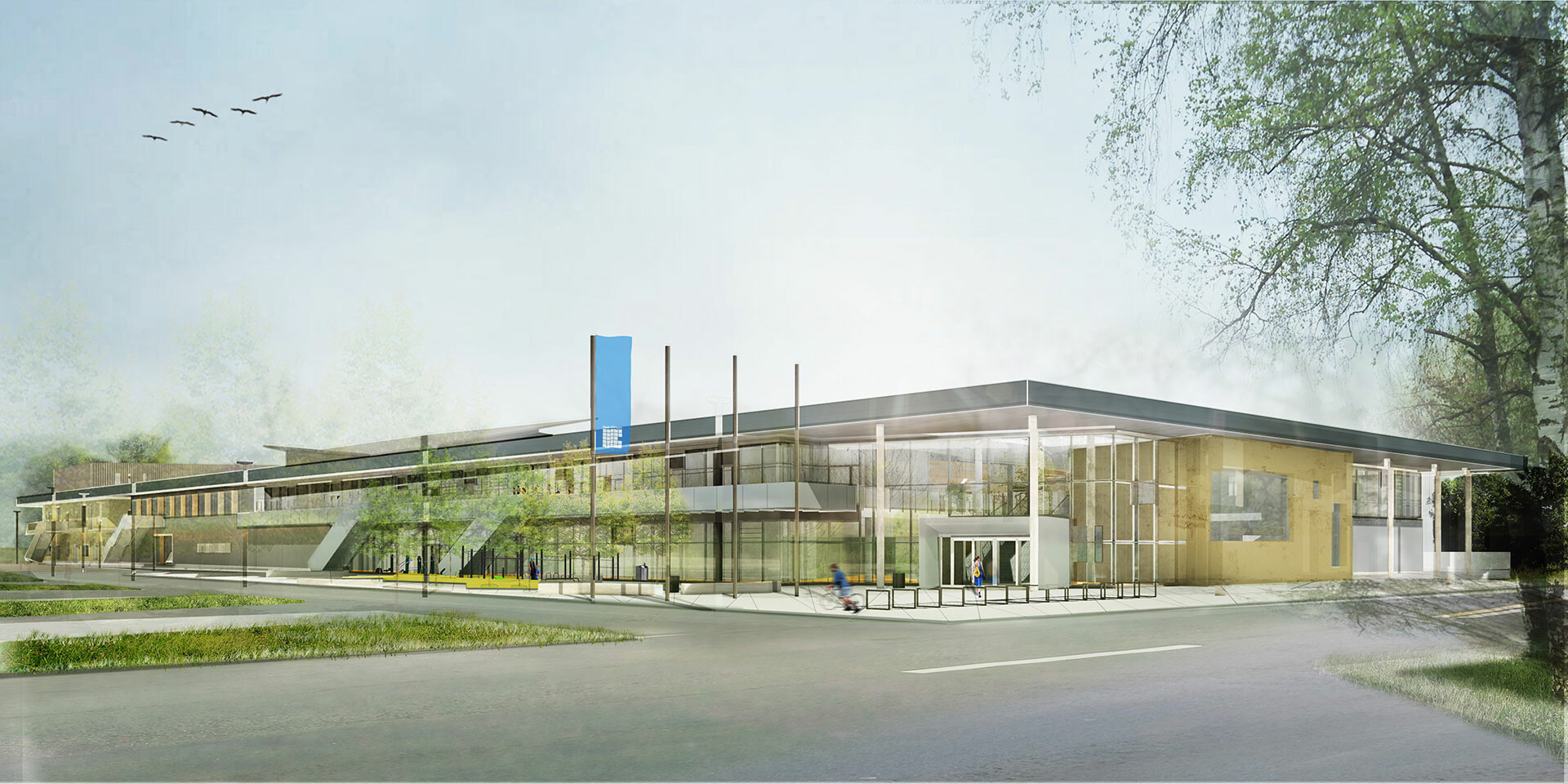 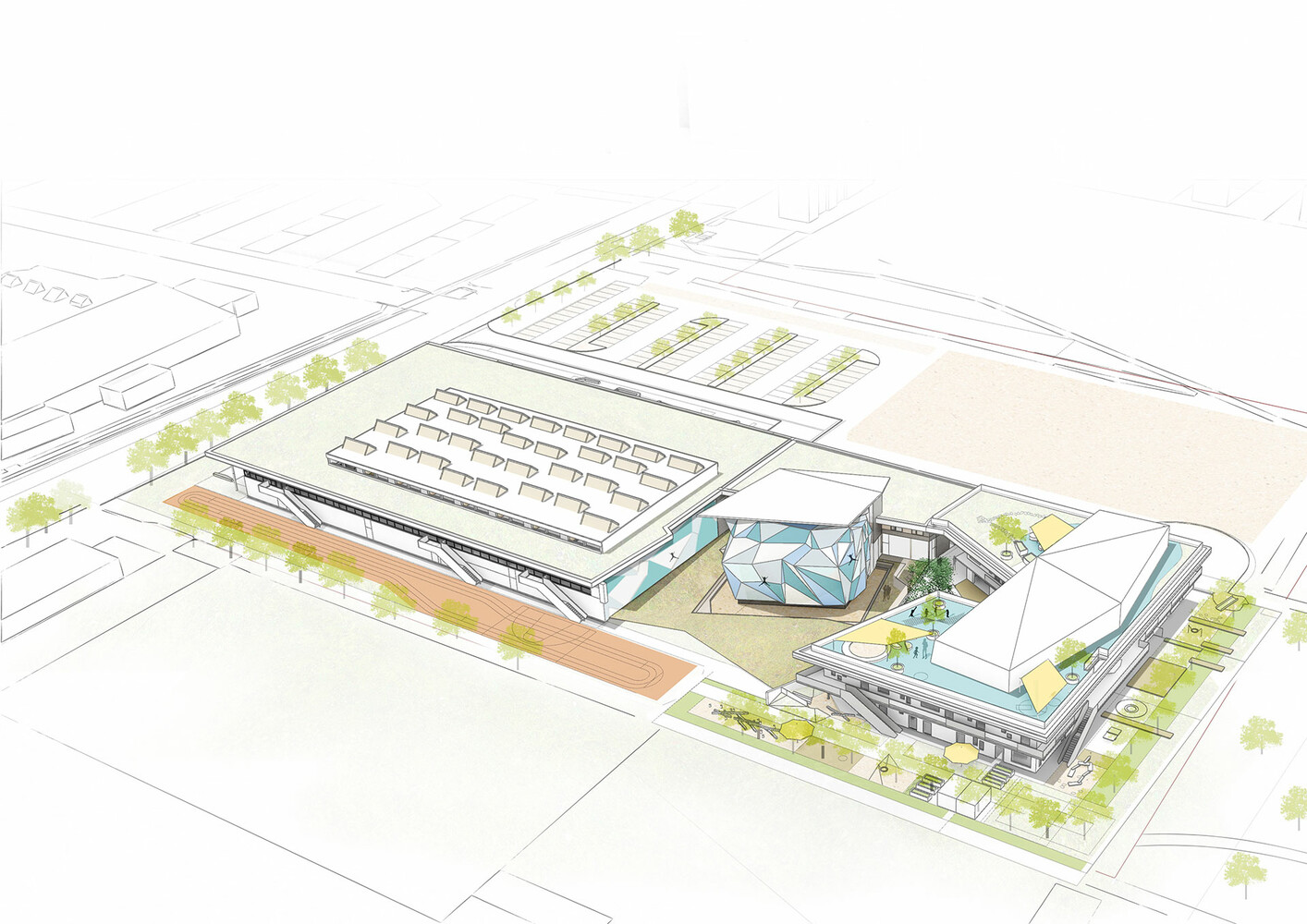 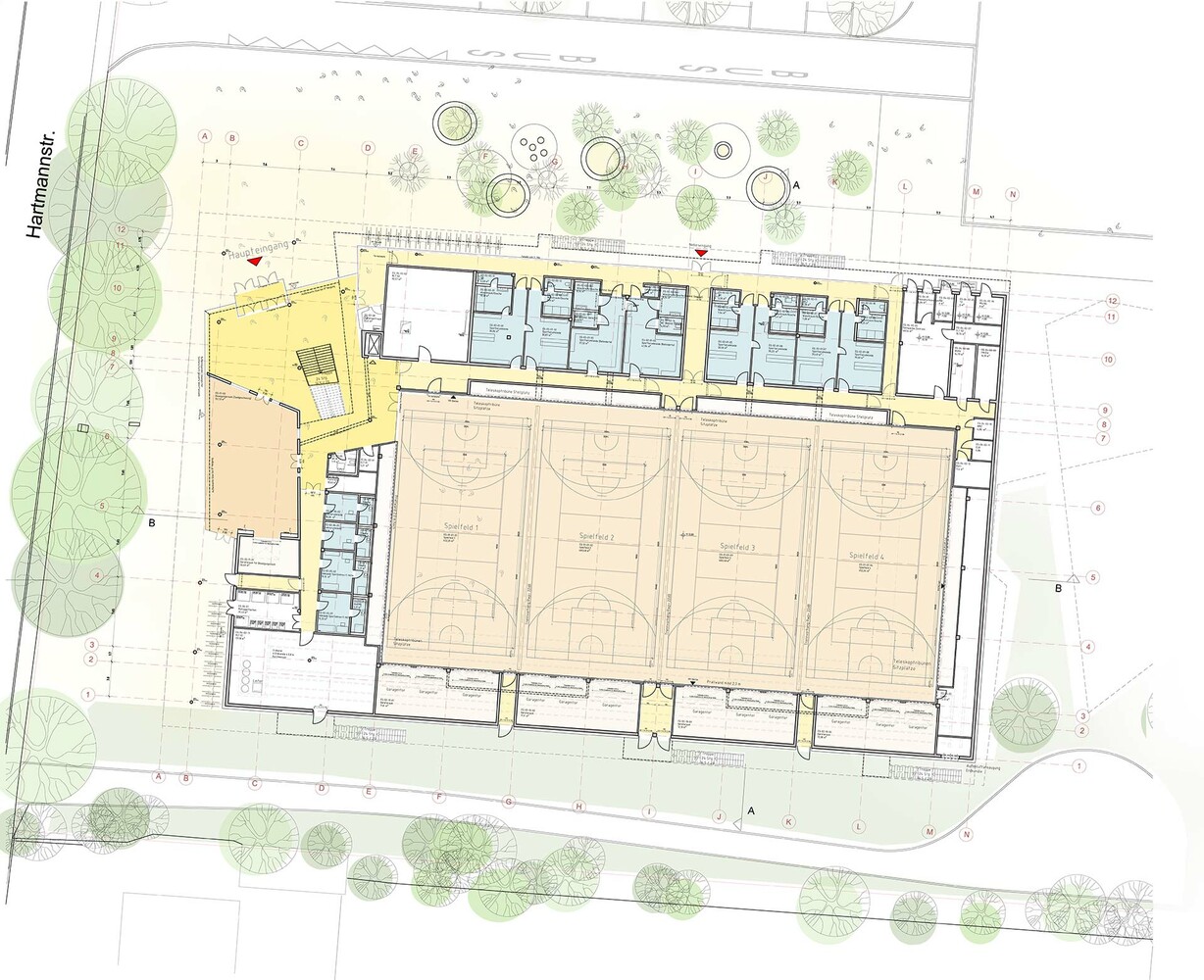 A new multifunctional sports center is to be built on a lot at the southwestern perimeter of Röthelheim Park. Comprising a four-field hall / handball arena and supplementary facilities, it will be used by different operators for school and club sports as well as for major sporting events. In addition, two institute buildings and further training areas are foreseen for the purposes of sport science research.

The lot is situated on an extensive former military site, opposite the Röthelheimbad with its indoor and outdoor swimming pools. The area to its north has already been largely developed. To the west the site is bordered by and accessible from the Hartmannstrasse. To its south lie sports fields and, to its east, the Exerzierplatz nature reserve. The great variety of mature trees and tree-lined avenues on the site assure it an “untouched” natural look and the new outdoor areas will be developed in similar vein.

To the north of the lot lies an extensive open area that is likewise earmarked for multifunctional use. It offers space enough for mass events (sporting arena, fairground, marquee, etc.) as well as for the requisite parking lots.

The core of the project is the four-field hall/ handball arena: the sports hall, in brief. Open steps along two sides of the building provide access to the lobby on Level I and hence to the stands, as well as to the Boulder Hall on the ground level and the adjacent offices of the German Alpine Club. Level II accommodates a VIP area and a multifunctional venue with catering facilities and the requisite ancillary rooms.

Changing rooms, equipment rooms, a fitness training room, a gymnastics room and ancillary rooms are situated around the sports hall. Access is possible via a stair from the lobby or at ground level. Telescopic stands installed along the front sides of the hall and mobile stands in front of the equipment rooms offer further seating options, as required. The two institute buildings can be built directly to the east of the sports hall in a second construction phase.

The structure is a reinforced concrete frame braced by wall slabs. Minimal-height flat rooves and slender columns assure maximum flexibility. The four-field hall and handball arena is completely free of columns and spanned instead by filigree trusses, each 45.5 m in length.